Famous As:- Wife of Kelsey Grammer

Kayte Walsh is a former British flight attendant, better known as the fourth wife of American actor Kelsey Grammer, who is 26 years older than her. She came into the spotlight as the ‘other woman’ in the life of Kelsey Grammer and his third wife, Camille Donatacci-Grammer. After Kelsey’s divorce, the two got married in 2011, and now the couple are the proud parents of 3 children. Kayte has appeared as herself in a few TV shows, including ‘Oprah’s Next Chapter.’ She made her acting debut in ‘Starz’ serial ‘Boss,’ wherein Kelsey played the protagonist 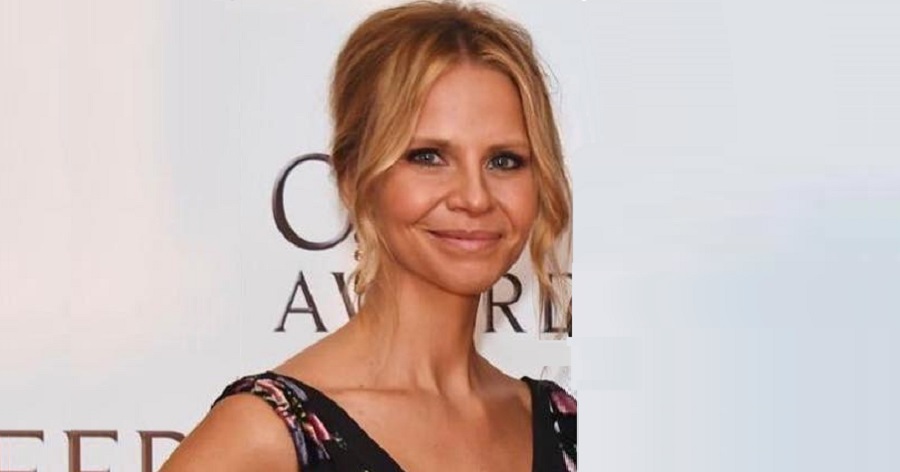 Kayte Walsh was born to soccer player Alan Walsh and his wife Susan, Kayte Walsh, on January 7, 1979, in Hartlepool, England. Alan Walsh played for ‘Bristol City’ and ‘Darlingtonc,’ and then turned coach for ‘Bristol City.’ Kayte has a younger sister, Sophie Walsh, and a younger brother, Phil, who plays in Football League for ‘Dagenham & Redbridge’ and ‘Barnet.’

Kayte worked as a flight attendant for the ‘Virgin Atlantic Airlines,’ and frequently flew on the London-New York route.

Kayte Walsh reportedly met Kelsey during one of the flights and the two started dating in 2010. At the time, Kelsey was already married for 13 years to former Playboy model Camille Donatacci, and had two children, Mason and Jade, with her.

In June 2010, it was reported that Kelsey was dating an unidentified girl. Thereafter, in August they confirmed the news that Kayte was pregnant with Kelsey’s child. When this news broke, Camille was one of the main casts of the reality TV show, ‘The Real Housewives of Beverly Hills.’ This scandal became a part of that show and Camille often gave way to her feelings on the show, stating how devastated and disappointed she was. She said that even after standing by his side through difficult times (even his recovery from heart attack), Kelsey behaved as if she never existed. 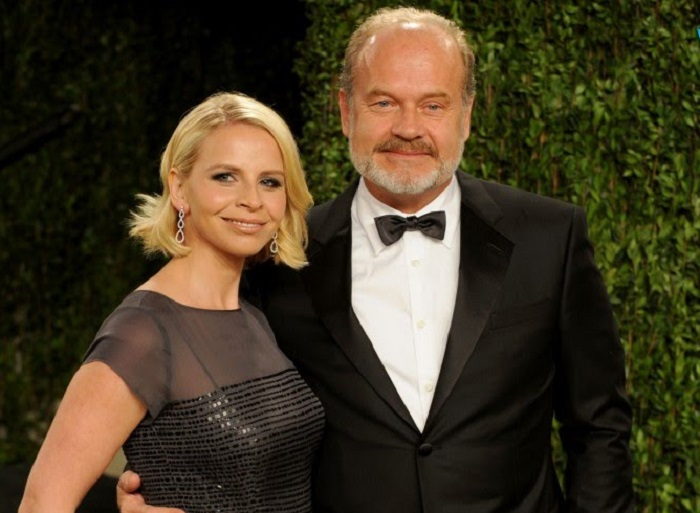 In October 2010, Kelsey informed that Kayte had miscarried 6 weeks earlier, and in December he announced that he and Kayte were engaged.

Later in 2012, Kelsey opened up about the divorce to Anderson Cooper and said that he should have been honest and confided in his wife, and should have handled the divorce better. According to him, all the proceedings during that period proved painful for everyone involved, including Kayte. Their divorce was finalized on February 10, 2011. 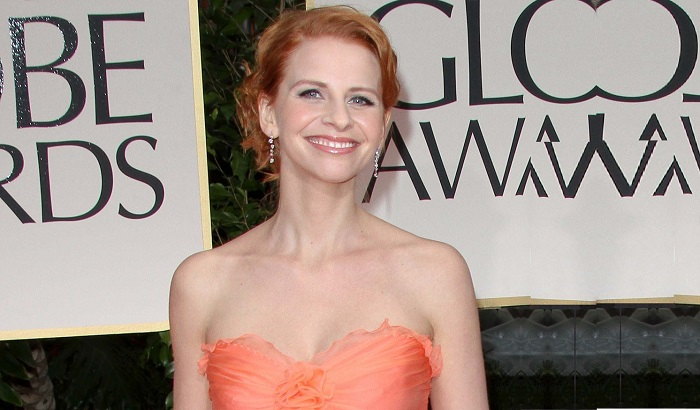 Two weeks after his divorce with Camille was finalized, Kelsey and Kayte got married on February 25, 2011, at ‘The Plaza Hotel,’ New York City. Apparently, the two exchanged their vows multiple times at different destinations. One more reason for this marriage to attract media attention was the age difference of 26 years between Kayte and Kelsey. Kayte’s father, Alan Walsh, is two years younger than Kelsey Grammer.

In January 2012, the new couple announced that Kayte was pregnant with their twins. However, one of the twins, a boy, was miscarried. Their first-born, a daughter whom they named Faith Evangeline Elisa Grammer, was born on July 13, 2012. Next, the couple was blessed with two sons, Kelsey Gabriel Elias Grammer, born on July 24, 2014, and Auden James Ellis Grammer, born on November 14, 2016. 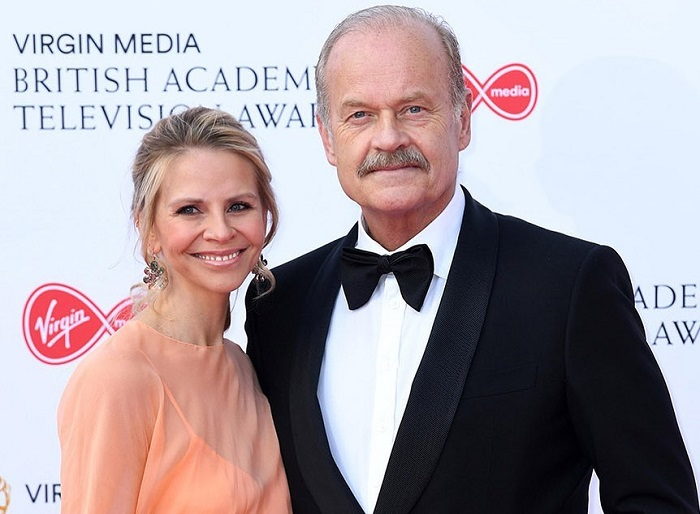 Apart from her own three children, Kayte Walsh is a step-mother to Kelsey’s children from previous relationships/marriages –Spencer Grammer from Kelsey’s first marriage, Kandace Greer Grammer from one of his brief relationships, and two children -Mason Grammer and Jude Gordon – from his third wife, Camille. Kayte is also step-grandmother to the daughter of Spencer’s son.

After her marriage, Kayte appeared as herself in a few TV shows. In August 2012, when she appeared in ‘Oprah’s Next Chapter,’ Kayte stated that she wasn’t proud of the way her relationship with Kelsey began, and she wished that she had done things differently. She also appeared as herself on ‘Entertainment Tonight’ (2015), and ‘The Tonight Show Starring Jimmy Fallon’ (2015). 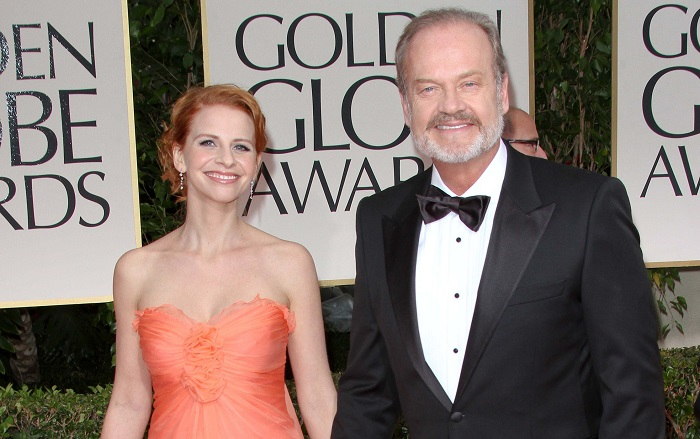 As an actor, Kayte first appeared in a few episodes of ‘Starz’ show ‘Boss’ (2011-2012). She essayed the role of ‘Gwendolyn Archer,’ in the show which had Kelsey in the main role of ‘Mayor Kane of Chicago.’

Kayte was the associate producer for 3 episodes of ‘Betty White’s Off Their Rockers’ (2012) and producer of a short film ‘Relationshit’ (2011).

In 2012, the couple was in news for a tattoo of Kayte’s name that Kelsey got inked in his pubic area. It was her inventive way of making sure that he wouldn’t break the marital vow of fidelity.