Felicity Blunt is a British literary agent who is the sister of famous actress Emily Blunt and is married to popular actor, writer, producer, and film director Stanley Tucci. A law graduate, she has been working with the publishing talent agency Curtis Brown since 2005 and became the Company Secretary in 2016. Even though primarily focused on fiction, she has worked with several cookery writers and is interested in narrative non-fiction. She has also worked as a co-agent for the American agency ICM. Felicity, who shares with her husband a strong passion for food, co-wrote the cookbook The Tucci Table with him in 2014. 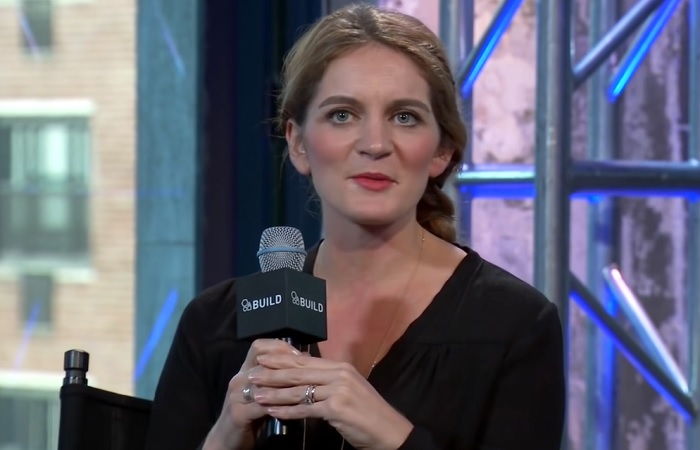 She Is Emily Blunt’s Older Sister

Felicity Blunt was born on January 8, 1982 in London, United Kingdom to Joanna and Oliver Blunt. Her mother was a former actress and teacher, while her father, a barrister, served in the Queen’s Counsel. She is the eldest of four children of her parents and has siblings Emily, Sebastian and Susannah. Her grandfather, Major General Peter Blunt, was awarded George Medal for risking his life to save one of his drivers. Politician Crispin Blunt, Conservative Member of Parliament for Reigate, is one of her paternal uncles. While Emily is the best known sibling due to her appearances in numerous movies including several Hollywood projects, Sebastian is also an actor. Felicity is very close to her sister Emily and often mentions her in her social media posts.

She Works as a Literary Agent

Felicity Blunt, who went to Westminster School in London before obtaining a degree in law from the University of Bristol, initially followed in the footsteps of her father by training to be a barrister. However, she soon interned at both the Wylie Agency and Curtis Brown, and then officially joined Curtis Brown, a publishing talent agency, in 2005. She started out her career by assisting another senior agent at the company, Vivienne Schuster. She went on to represent bestselling authors like Rosamund Lupton, Renee Knight, Laura Marshall Gytha Lodge and Tammy Cohen. She is also involved with the US agency ICM, through which she has worked with Pulitzer winner Jennifer Egan and Women’s Prize winner Ann Patchett. While primarily interested in fictional works, she has dabbled in non-fiction by representing cookery authors such as Anna Jones, Georgina Hayden, Samin Nosrat and Claire Ptak. 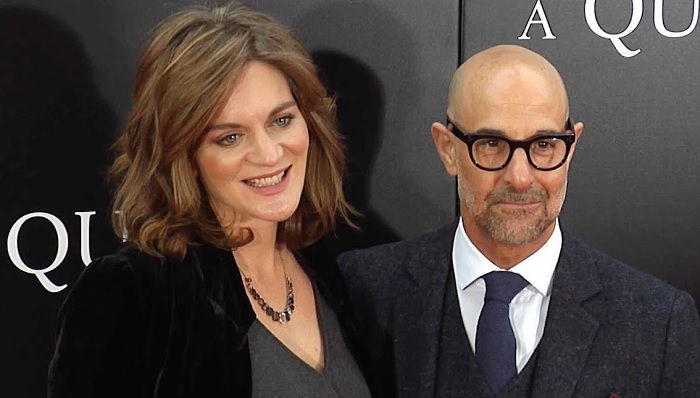 She and Stanley Bonded over Food

Felicity Blunt first met Stanley Tucci at the premiere of his 2006 movie The Devil Wears Prada, in which he co-starred with her sister Emily. At the time, he was still married to his first wife Kathryn “Kate” Spath. He was nursing a broken heart following his wife’s death when he was formally introduced to Felicity by Emily at the latter’s wedding to American actor John Krasinski at George Clooney’s Lake Como home in 2010. Over the weekend, the two bonded over their shared love for food and he asked her to accompany him on his way back to London, which she did. One of their early dates was at a restaurant called L’Anima, where they later hosted their wedding reception. He told on The Queen Latifah Show that they began eating out together a lot and they enjoyed cooking together after she went to America to stay with him. The two published a cookbook titled The Tucci Table in 2014. Her husband later published a bestseller memoir, Taste: My Life Through Food, in which he proclaimed his love for food. Stanley also shares Felicity’s passion for literature.

She and Stanley Had Two Weddings

Stanley Tucci proposed to Felicity Blunt in November 2011 when they were on a romantic vacation in Berlin, Germany. They quietly tied the knot on August 4, 2012, which his representative confirmed to a news outlet following a little hesitation. The couple exchanged their vows again at a larger ceremony at Middle Temple Hall in London on September 29, 2012. While Emily served as a bridesmaid at the wedding, Steve Buscemi was the best man and Oliver Platt was a groomsman. Prominent wedding guests included Meryl Streep, Patricia Clarkson, Julianne Moore and Colin Firth. As homage to one of their early dating memories, they modeled the wedding cake after stacks of wheeled cheese. The couple currently resides in Barnes, London. 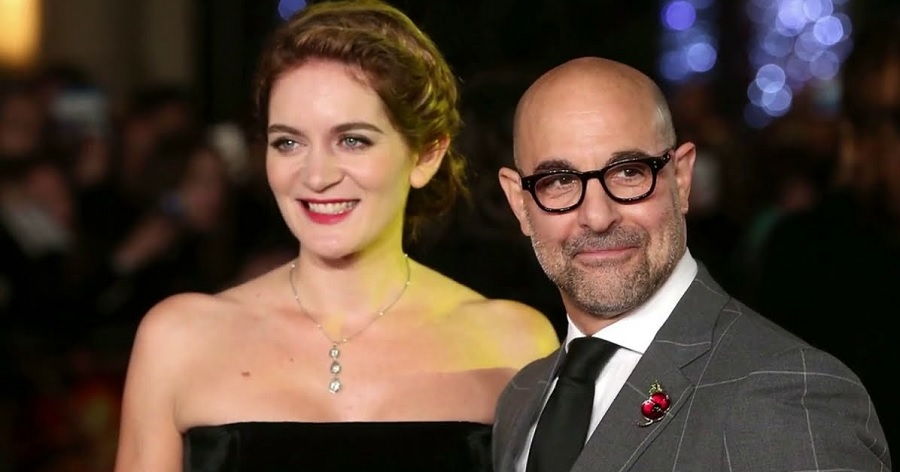 Stanley Has a Picture of Both His Wives

Felicity’s husband Stanley has often opened up about losing his first wife Kate, a social worker, to breast cancer in 2009. She was diagnosed with the deadly disease just before he began working on The Devil Wears Prada in 2006. The actor-director, who initially could not help blaming himself for losing his wife, later told UK paper The Times that he felt panicked shortly after proposing to Felicity and felt guilty going out on vacations with her. He also revealed that following his second marriage, he left New York City, where he lived with Kate, for a “fresh start” in Felicity’s hometown London. In an episode of the WTF With Marc Maron Podcast in February 2021, he shared an interestingly fact about his two wives. He revealed that not only Felicity and Kate talked to each other on their fateful meeting at the 2006 premiere, he even has a photo of them together. Stanley, who himself was diagnosed with cancer in 2018 and underwent chemotherapy treatment for a tumor at the base of his tongue, has credited “Felicity’s undying attention, affection and encouragement” for overcoming the predicament.