16-year-old Mattia Polibio is an American social media star from New Jersey who is famous for his lip-sync and funny videos on TikTok. He started out his TikTok journey in late 2018 and has already gained over 2.1 million followers on the platform, with 128 million likes. He often collaborates with his friends who are also popular TikTok stars, and has several duets with other popular people on the platform. Despite earning massive fame on the internet, he has also been involved in several controversies in the past few months. While not making videos for TikTok, he likes to play soccer with his friends.

Fake news of his death was spread on the internet recently

Mattia Polibio recently became the victim of a death hoax after an image showing the results of a Google search with a Channel 45 News headline of his death was shared widely on Instagram on December 17, 2019. The report read that as he stepped out of his car, another passing car slammed into him and he died on the spot. However, the website ‘channel45news.com’ is a hoax news site developed to prank friends with fake news-like articles. Unfortunately, many Instagram users began sharing the image immediately without checking the credibility of the site in question. Nevertheless, Mattia himself has continued to post videos on his TikTok profile, even though he never addressed the death hoax or mentioned anything about an accident. 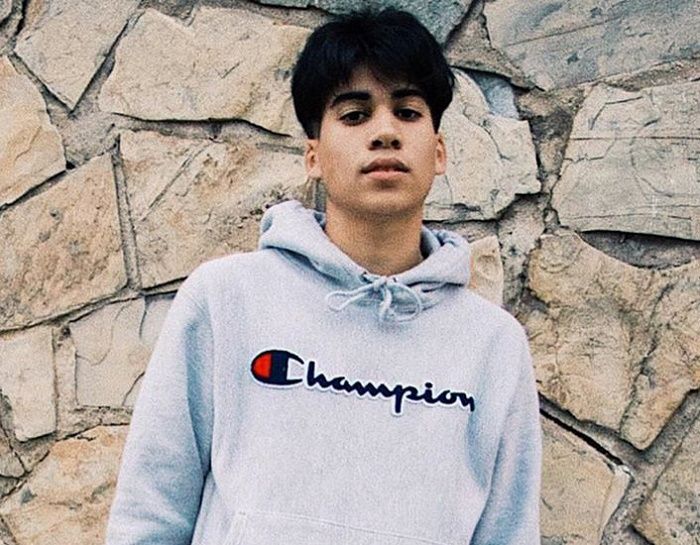 This was not the first hoax news about him

As strange as it sounds, the death hoax was not the first time fake news about him was spread via the prank website ‘channel45news.com’. A previous false article on the website had the headline that Mattia was arrested by the police for fighting. However, the creator of the fake article, a TikTok user by the name Mel Morales, did not make any attempt to disguise the article, and instead of providing further information in the body of the article, used the attention she got to promote her own TikTok handle, encouraging the readers to follow her on the platform.

His friends group is just as popular as he is

While Mattia has gained popularity for sharing funny videos on the internet, his female fans particularly flock to his TikTok profile because he is considered to be one of the hottest and most attractive boys on the platform. However, not all of his female fans seem to be interested in only him though; his group of male friends is also considered ‘hot’ and ‘attractive’. Most of his friends, including Alejandro, Alvaro and Kairi, are also popular on the TikTok platform and they make videos together regularly.

He is known for licking the toilet

Among the different things Mattia does on his videos, the most unusual would be his knack for licking the toilet. He often films his TikTok videos from his bathroom and in several of his videos he can be seen near his toilet, sometimes licking the toilet seat or the toilet paper, toothpaste, and more. He has even created a compilation of his toilet licking clips with the caption “redoing my bathroom. i think you guys know what that means”, also adding “rip the beloved toilet”. What might be more unusual is the fact that his fans find his toilet-licking hot as well.

Considering the fact that much of Mattia’s fame is because he is attractive, it is reasonable to think that he would earn a huge number of followers on Instagram sharing pictures of his different styles for various occasions. While he has in fact over 683k followers on the platform, he is not very active on Instagram. He has made only eight posts in the past couple of months, but each of his posts receive hundreds of thousands likes and thousands of comments consistently.

He is half Italian

Mattia Polibio has a mixed heritage as his father is Italian and his mother is Mexican. Both his parents have featured on his videos, even though little is known about his sibling, Gianluca Polibio. He can speak Italian fluently. While him being half-Italian adds to his charm, he had once posted a satirical duet with another TikTok user with the handle @kithindads in which she rants about how Italian people always make sure to let others know that they are Italian during any conversation. Throughout the rant, he can be seen doing things that give away his Italian ancestry. The only thing written in his Instagram bio, incidentally, is ‘IT’, the regional indicator symbol letters for Italy.

Mattia Polibio had briefly dated a girl named Jenna Hablitz and their relationship caused much drama within a short period of time. After they broke up, he made a live stream telling his fans how heartbroken he was and that she was manipulative. She had to disable comments on her Instagram profile as his fans were leaving hateful comments on her posts. However, they later got back together and he criticized his fans for the mean comments, telling them that he never said that she had cheated on him. Nevertheless, they broke up again a few days later and he explained to his fans in another live stream that he was not ready to be in a relationship and needed time to focus on himself.

He had online drama with fellow TikTok star Jasmine Orlando

At one point, Mattia had started making ‘duets’ on TikTok featuring videos of another TikTok user, Jasmine Orlando, who is also known as ‘shawty’. However, things got serious after he made a duet on a video featuring shawty and another boy, acting jealous, following which shawty made a video telling her fans that they never dated and he was lying about her cheating on him. While he made a comment on the video saying he was joking, and subsequently stopped making such duets, she later made a video asking him to DM her if he wanted to date her. She kept making videos in which she complained that Mattia was ignoring her and even ‘exposed’ him for saying the ‘N’ word, which most of his fans already knew about. She also claimed that he had sent her explicit pictures, which he refuted in a comment. Some of his friends had started making duets with her, which prompted her to make duets with them, but she blocked them after their fans came after her calling her ‘homie hopper’. She eventually made a video stating that she had forgiven Mattia and that she loved him, to which he reacted by only making faces.

He got his pictures leaked online

A set of his private pictures got leaked online at the end of November 2019 and was shared among his fans widely. It is not clear what the source of his leaked pictures was, but several of the pictures are available on his fan sites, even though those may have been cropped according to some of his fans. One photo in particular, in which the TikTok star can be seen in the nude covering his private parts with a cereal box became the talking point among fans soon after the leak and was privately shared by some who claimed to possess copies of it. 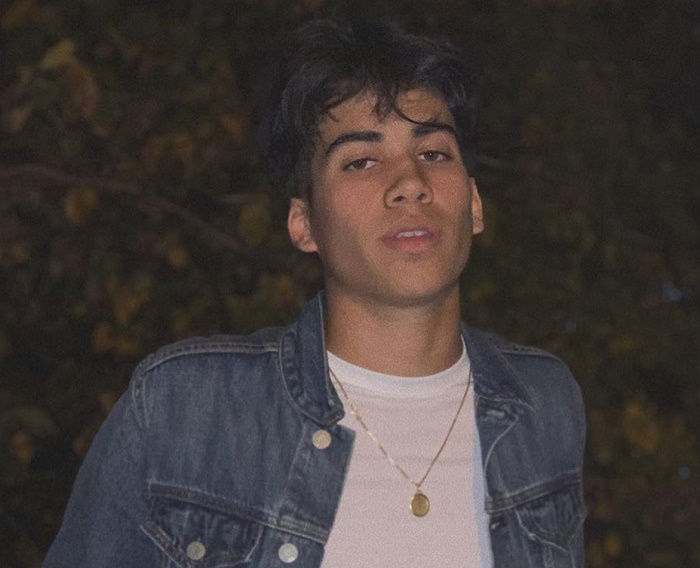 He was reportedly grounded

Mattia was less active on social media during early December 2019 which left some of his fans concerned. The last picture on his Instagram profile was uploaded on December 7, 2019. Considering how he had faced the leak controversy recently, many came to deduce that he was grounded by his parents and was not allowed to have access to the phone. He seems to have resumed his live streams as of now, even though he keeps courting controversy.

He had a live feud with Alvaro Romero

While Mattia and his group of friends seem very tight-knit, they have had their share of arguments and fights. However, Mattia tends to bring up personal matters on social media, sometimes in an attempt to get his fans to his side. Such a live feud happened between Mattia and his friend Alvaro Romero as recently as December 22, 2019, when the former kept on blaming the latter for things he might have said or done in the past. The nasty argument continued for a good few minutes despite Alvaro’s attempts to be out of it, both physically out of the frame and out of the discussion, during which Mattia tried to expose his friend in front of his fans. In the end, his attitude only alienated some of his own fans.