American ‘TikTok’ star Jordan Beckham has created enough ripples in the social-media scene to be called an internet celebrity. This Florida-based social-media sensation has made a name for herself by posting entertaining lip-sync and dance videos set to rap, hip-hop, and R&B tracks. Her videos have been admired by millions of fans on both ‘Instagram’ and ‘TikTok.’ She also has an account on ‘YouTube’ and has promised to start posting videos on it soon, though she has no content on the channel yet. She is quite secretive about her personal life, which means not much is known about her family or relationships. Her bikini body, expressive eyes, and gorgeous hair have increased her popularity quotient. She holds a lot of promise to turn into a successful entertainer. 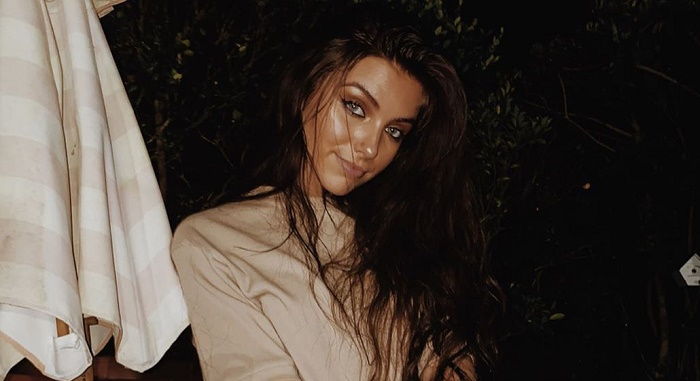 Jordan Beckham was born on April 19, 2004, in Jacksonville, Florida, United States. She grew up with her brother and studied at the Florida-based ‘Oceanway Middle School.’ Later, she and her family moved from Florida to Huntington, California.

Jordan Beckham began gaining fame on social media with ‘TikTok’ (‘musical.ly’), where she has created a massive fan base over the years. She now has over 1.6 million followers and more than 38 million likes on the platform. Her eye-catching lip-syncs and dance videos have made her a darling of her fans. She has uploaded lip-syncs to songs by famous artists such as Future and MadeinTYO. She has also collaborated with Florida-based singer and ‘TikTok’ star Danielle Cohn. Jordan is a “crowned muser” now.

She is equally popular on ‘Instagram.’ Her ‘Instagram’ account has gained over 270 thousand followers. She posts beautiful selfies and trendy photos on the platform, along with her lip-syncs and dance performances on rap, R&B, and hip-hop tracks. She also sometimes features her friends on the platform. She is also present on ‘Snapchat,’ as “jjordanbeckham.”

Jordan Beckham sells her branded merchandise on the site www.jordanbeckhamshop.com. One can find hoodies, sweatshirts, and caps, among other items, on the website.

Jordan also launched a ‘YouTube’ account with a teaser, saying she would begin creating and posting videos on the platform soon. Her channel was started on July 24, 2016. Although she has gained over two thousand subscribers on the platform, she has not uploaded any video on her channel yet. However, she has subscribed to channels of other “YouTubers,” such as Meghan Rienks, Collins Key, May Baby, Loren Gray, Baby Ariel, and others.

She also has a ‘Twitter’ account and often reposts “tweets,” comments, and memes that she identifies with. She launched her ‘Twitter’ account in September 2016. However, she does not post her own “tweets” that often. She has more than six thousand followers and over one thousand likes on the platform. 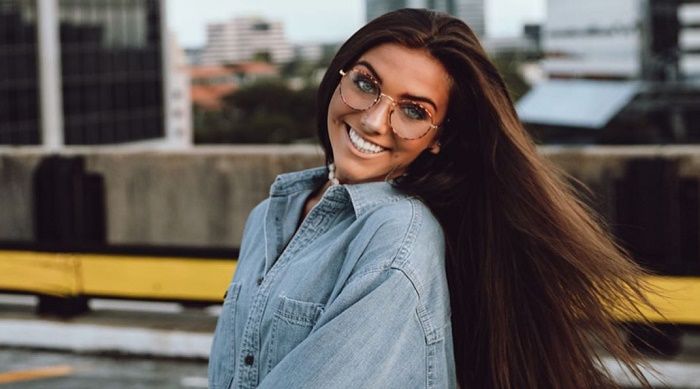 Not much is known about Jordan Beckham’s family, except that she has a brother named Cole. Whether Jordan is dating someone or not is also not clear. As no information has been found about Jordan’s love life, it is assumed that she is single. However, this could also mean that she is not willing to divulge much about her personal life to the media.

She likes spending her leisure time with her friends, lazing away at the beach. She is quite fond of the color pink and even owns a pink I-phone. Jordan loves clicking selfies, too.

She loves hip-hop, R&B, and pop music, just as her content on both ‘Instagram’ and ‘TikTok’ proves.

Jordan Beckham manages her own career. Her long dark-blonde hair, green eyes, and lean frame have made her fans swoon over her. Her arched eyebrows have become her trademark of sorts.