Walker Bryant is the newest internet sensation to have transitioned from being a social-media star to being an actor. He began his career with ‘Instagram,’ ‘YouTube,’ and ‘TikTok,’ but eventually focused on his acting career. He moved from Ohio to California just to build his career in movies. He is primarily known as a short-film actor but is definitely gearing up for something bigger in the future. He has kept most of his personal life away from the spotlight. Walker loves anything and everything related to sports, adventure, and wheels. He is extremely fond of biking, skating, and scooter riding. Although he has just started his acting career, Walker is sure to turn into a wholesome entertainer in the years to come.

Walker Bryant was born on September 26, 2006, in Columbus, Ohio, in the United States. He is very close to his mother, Jennifer Bryant.

He spent his initial years in Ohio, until he and his mother moved base to Los Angeles, California, so that he could pursue his acting career. 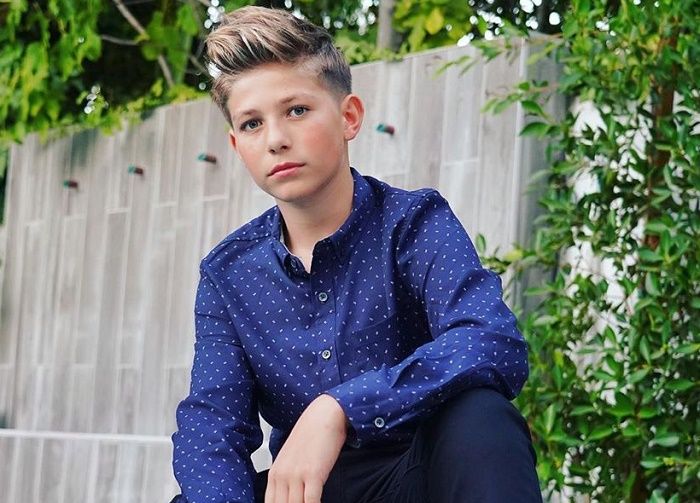 Career: From Social Media to Acting

Walker Bryant began his career on social media, by posting modeling photos and snapshots from his life on his ‘Instagram’ account in January 2015. His account on the platform, ‘walkerjbryant,’ now has 333 thousand followers.

His favorite social-media platform, however, is ‘TikTok,’ where he posts his lip-syncs and other entertaining videos. His ‘TikTok’ account now has over 156 thousand followers and more than 1.8 million likes. He collaborated with dancer, actor, and model Nicole Laeno (Colie) in Beverly Hills, for a video, and shared a picture from the shoot on his ‘Instagram’ account in September 2018.

Walker Bryant also launched a ‘YouTube’ channel on November 16, 2016. The channel has managed to gain more than 2 million views and 163 thousand subscribers. One of his favorite videos to film was titled ‘Ignoring My CRUSH For 24 HOURS CHALLENGE **FUNNY PRANK** | Walker Bryant, Piper Rockelle.’ The video was uploaded on ‘YouTube’ on November 23, 2019, and has already managed to gain over 568 thousand views. Walker joined ‘Twitter’ in October 2019 and gained 617 followers on the platform by early 2020.

Walker stepped into the world of acting in 2016, with the role of a clown in the short film ‘8 1/2.’ When asked by a fan how he ventured into acting, Walker stated that his transition to acting was quite casual. He said that he was once sitting in his car when his sister heard about an audition on radio. It was for an acting gig, and his mother asked him to try his luck. He opted for it and was then taken to California to be trained. He appeared for a few more auditions in California and scored his first role.

He then appeared as ‘Noah Kelsey’ in the short film ‘Lauren Park’ in 2016. He is also famous for his performances as ‘Young Link’ in the 2017 short film ‘Link: Legend of Zelda’ and ‘Young Patrick’ in the 2017 short ‘The Plastic Man.’ The 2017 shorts ‘Jack’ and ‘Innocence’ featured him as ‘Jack’ and ‘Randy,’ respectively. He also appears as ‘Jeremiah Ingham’ in the short ‘Body of Levi,’ which is in its post-production stage. He is managed by the ‘Momentum Talent Agency’ and the ‘Osbrink Talent Agency.’

Not much is known about Walker’s family, except that he shares a close bond with his mother, Jennifer Bryant.

It is believed that Walker is now dating dancer, singer, reality star, gymnast, and ‘YouTube’ personality Piper Rockelle. Rumors have hinted that they had a mutual crush on each other and that he asked her out in late 2019.

Walker as a Person

Walker hates the sound of nails on a chalkboard. One of his favorite projects was the ‘Lego Build Zone.’ Walker’s favorite movie is ‘Endgame.’

His favorite birthday celebration, to date, has been at a boxing club party organized by his dad, at the age of 9. He loves filming clips with his best friends for ‘YouTube.’

He can walk on stilts and is fond of cooking waffles. He loves drawing and sketching. He recalled in a video interview that he first began drawing cartoons in math class.

His favorite leisure activity is playing soccer. He is also an avid swimmer and is fond of the breaststroke. He loves BMX-related activities (biking) and once went to Huntington Beach to participate in a biking event. He is also fond of skating and enjoys any adventure activity related to trampolines and flips. He would like to collaborate with actor, singer, and filmmaker Oliver Tree, as he loves the scooter-riding stunts that Oliver uploads.