American singer, actor, and vlogger Lexi Drew has made quite a name for herself in the entertainment industry. She started singing at age 3 and then joined an all-girl band named ‘L2M,’ with four other members. She released a number of singles as part of the band and also appeared as ‘Ella’ on the ‘YouTube’ show ‘Hyperlinked.’ However, she quit the band later to start her solo career. In October 2018, she released her single ‘FFL’ with Greg Marks. She has also been posting a lot of gripping content, such as dance videos and lip-syncs on ‘TikTok’ and other social-media platforms such as ‘YouTube’ and ‘Instagram.’ She is a budding young talent who is open to experimenting with both music and acting. She also plans to venture into world tours in the future. 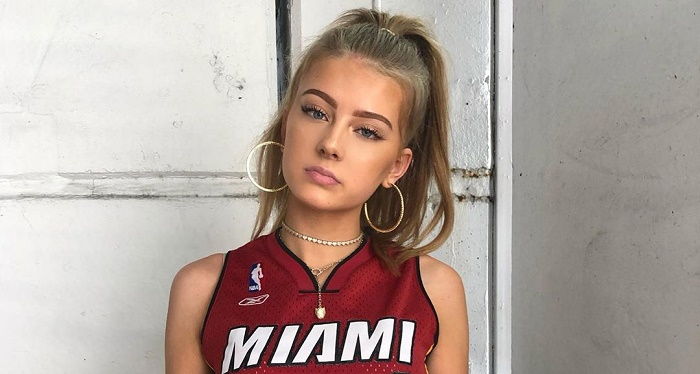 Lexi Drew was born on December 21, 2003, in Texas, United States. She is also known by her nicknames, “Lex” and “Tex” (The “T” is sometimes added since she is from Texas). Lexi grew up in Dallas, Texas.

Lexi studied at a middle school in her hometown, where she actively participated in concerts and other activities.

Her family consists of her father, Bradley Bear; her mother, Mandy Key; her younger brother, Judge Aden, and her younger sister, Dylan Monroe. Not much is known about her love life, and it is assumed she is currently single.

Rise to Fame: From L2M to a Solo Career

Lexi Drew began her career at the age of 3, when she started singing. She then joined the Los Angeles-based all-girl pop group ‘L2M,’ with McKenzie Mack, Tatiana McQuay, Jenna Raine Simmons, Mariangeli Collado as her groupmates. Together, they released several tracks, such as their debut single, ‘Girlz’; ‘Living for the Rhythm’; and ‘Incredible.’ As part of ‘L2M,’ Lexi released her music through the label ‘MM Talents Ltd.’

She and her bandmates of ‘L2M’ were also part of the successful 2017 ‘YouTube Red Original’ series ‘Hyperlinked.’ She played ‘Ella’ in the series. However, she quit the music group later to start her solo career.

She has also appeared in the TV special ‘Lip Sync Battle Shorties’ in 2016. She was also part of the 2018 short ‘Molly & Pip.’ Lexi has made an appearance in the music video for the song ‘You’ by Dynamite Dylan and Post Malone.

Of late, she has created a name for herself as a rapper and singer. Her latest song, ‘FFL,’ featuring American R&B singer Greg Marks, was released in October 2018.

She is quite popular on ‘TikTok,’ where her dance clips and lip syncs have garnered her more than 626 thousand followers and over 18 million likes. She has collaborated with fellow ‘TikTok’ artists such as Quezz and Pooma.

Lil somethin 💕Should I drop

On ‘Instagram,’ she has gained more than 393 thousand followers. She launched her ‘YouTube’ channel on September 22, 2015. She has earned more than 822 thousand views and 25 thousand subscribers on the platform. The channel mostly consists of her life vlogs, travel vlogs, and dances. The latest video on the channel is ‘Suge Remix – DaBaby – Lexi Drew,’ posted on July 21, 2019. It has received around 11 thousand views. Her ‘Facebook’ page has around 4 thousand likes.

Lexi idolizes Rihanna, ‘The X Factor’ (UK) star Cher Lloyd, Nicki Minaj, and Alessia Cara. She has a crush on Zayn Malik and Justin Bieber. Her favorite rappers are PnB Rock, Logic, and Jez. Her favorite TV shows are ‘Stranger Things,’ ‘13 Reasons Why,’ and ‘Riverdale.’ She also loves the shows ‘Friends’ and ‘Hannah Montana.’ She is a huge fan of actor Emma Watson and singer Miley Cyrus.

One of her favorite moments while shooting ‘Hyperlinked’ was the scene in which Jenna cracked eggs on her head. She loves the song ‘All In’ from ‘Hyperlinked.’

Some of the outfits she wore in ‘Hyperlinked’ were designed by her. She also collaborated with fashion brand ‘CHICK by Glossy’ to come up with her own clothing line, ‘CHICK by Lexi Drew,’ in 2017. 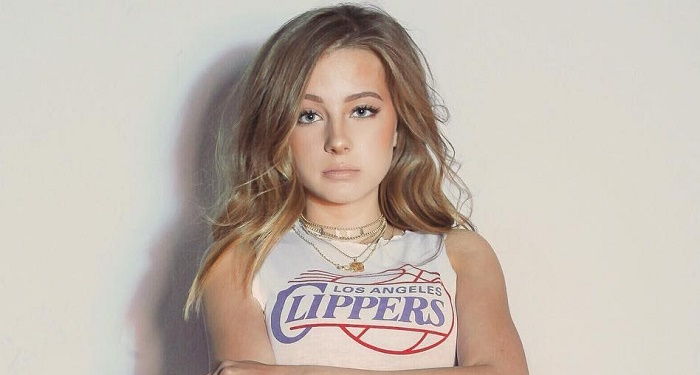 She loves to spend her Saturdays running around with her friends. She loves gorging on pizzas. She also likes sushi and ‘Chipotle.’ She mostly orders burrito bowls from ‘Chipotle,’ consisting of white rice, chicken, sour cream, cheese, guac, lettuce, and lime juice.

Two things she cannot leave home without are her ‘iPhone’ and her white ‘Nike Hightop Airforce 1’ shoes. She considers her eyes her favorite feature.

Dance helps her relieve most of her stress. She believes in the motto that it is fine to not be like everyone else. She believes boys are funny and make her laugh. One of her favorite quotes is “Beauty begins the moment you decide to be yourself” by Coco Chanel.

She cannot live without ‘Snapchat’ and ‘Instagram.’ In her spare time, she loves traveling, dancing, swimming, and creating videos. 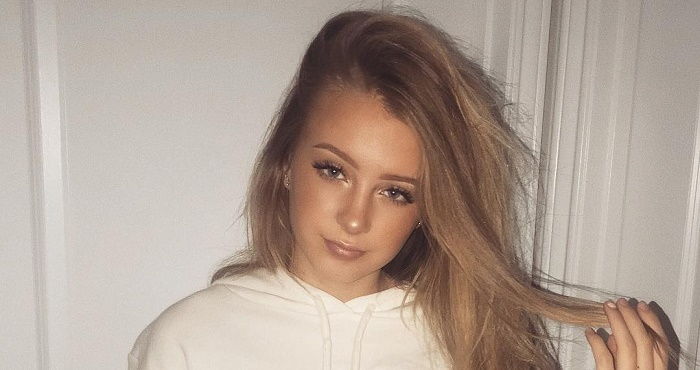 She goes to the gym regularly. She loves boxing. She also does and core and butt exercises such as kneeling kickbacks, guided by John Benton, her personal trainer. She does a lot of cardio exercises too.

Her favorite travel destination is Malibu. She loves the colors white, pink, and red. She also loves black and gold and tends to wear those colors more. She also believes light blue color makes her hair look bright. Her favorite emoji is the “lightning” emoji.

She loves highlighters and eyelashes. She also applies oil regularly on her hair, and considers it the secret behind her long hair.