Famous As:- Brazilian Model and Actress

Susana Werner is a former Brazilian model and actress who is married to former Brazilian goalkeeper Júlio César. The two live together in Lisbon, Portugal with their two children. Susana started her career as a model and soon became a well-known actress appearing in telenovela and films and also presented several television programs. However, she abandoned her career at its peak to move across the world following César’s football dreams. She later opened her own boutique and salon in Lisbon and also serves as a travel advisor. 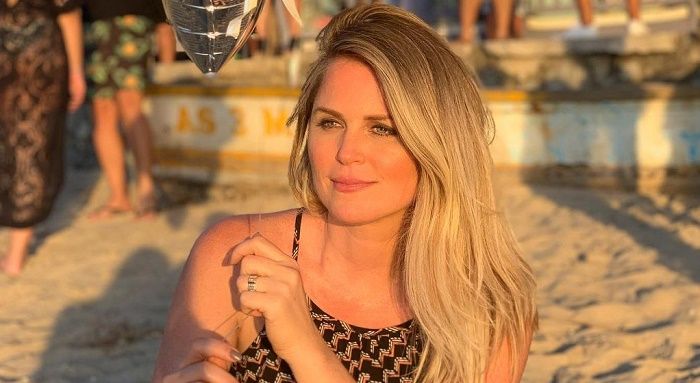 She Started Her Career While She Was A Teenager

Susana Werner Espíndola, born on June 20, 1977 in Rio de Janeiro, Brazil, talked about her early life and career while appearing on the “Parolar” podcast in July 2021. She revealed that she was only 14 or 15 years old when she did her first advertising campaign and was overjoyed to know that she could earn money while having fun with her job and appearing on television. She was 17 when she auditioned for the soap opera, ‘Cara e Coroa’, on Globo, and subsequently appeared in an unforgettable opening sequence in which she could be seen diving into the sea between corals and mirrors in a colorful bathing suit. Later in 2017, she recreated the scene in a swimming pool for her daughter. She went on to appear in several telenovela and films including Malhação, Donne in bianco, Vila Madalena, Deus É Brasileiro and Sete Pecados. She was also the presenter of the reprise of the interactive television program Você Decide.

She Met Her Husband on Her Sports Show

Susana Werner met her future husband Júlio César when she was presenting a program on SporTV where “He was my last interviewee for two years”. While she confessed that she did not know anything about the goalkeeper before their first meeting, she mentioned that she was a spontaneous presenter who liked making friends. She had a nice conversation with César, during which she realized that she already knew his father, who was from the Federal Police and always put her in a small room at the airport when she travelled a lot. The two families came closer in the following months, and she added, “I stayed until today. It’s been almost 20 years.” 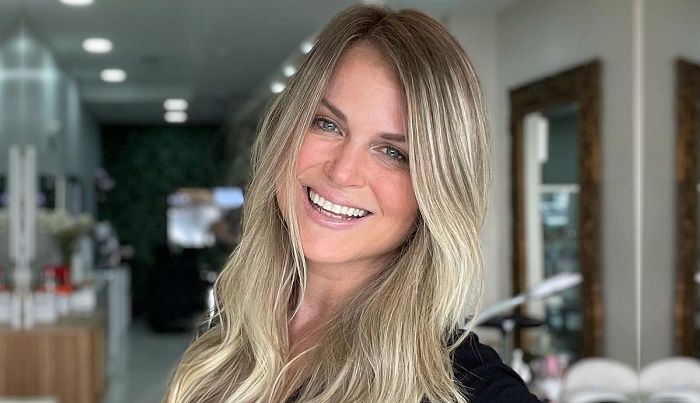 She Paid for Her Wedding to César

In April 2021, Susana Werner and her husband appeared as guests in the premiere of the program Me Poupe Show on RedeTV in which the former goalkeeper revealed that Susana “paid for the wedding. I owed her money!” Susana confirmed it by revealing that she was at the top of her career when she started a relationship with César, and despite being the one earning more money, “I heard I was hitting him! I had just bought an apartment, had a car and very good employment contracts. I was in a moment of restarting my career.” She also stated that she was “terrified of asking someone for money” and dreamed of becoming financially independent again. Months later on the “Parolar” podcast, she mentioned that she left two contracts at Globo and abandoned her successful career because “I saw his dream there and the opportunity he had”. She ended saying, “We joke a lot, say that Júlio is my pension plan, that it worked”. The couple, who got married at the Candelária Church on April 26, 2002, recently celebrated their 19th anniversary. They have a son named Cauet, born on October 1, 2002, and a daughter named Giulia, born on July 30, 2005. The couple moved to Lisbon, Portugal in 2014 after her husband was hired by the Portuguese football team Benfica.

Brazilian footballer Ronaldo Lima admired Susana from her popular soap opera Malhação and had requested to be featured on three episodes of the series in 1997. The two reportedly fell in love on the set of the show and dated for two years until 1999. Among many theories regarding Ronaldo’s breakdown an hour before their final match against France in the 1998 World Cup, one is that it was caused by Susana’s alleged affair with a Brazilian TV journalist. She was his fiancée when they appeared together in Basel, Switzerland for a promotional event in May 1999, but they separated later that year. 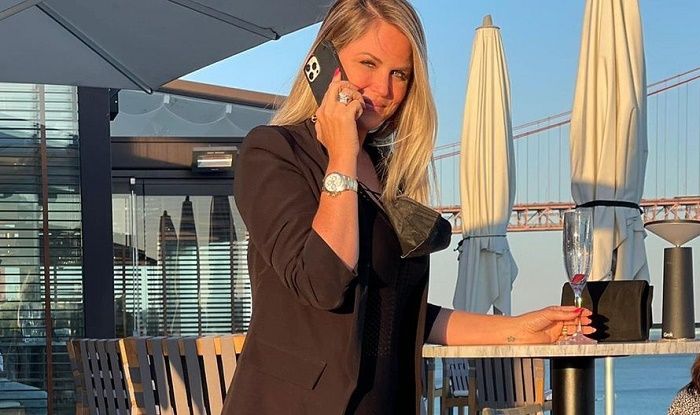 She Started Businesses in Lisbon

Susana Werner, who has travelled to and lived in different countries over the years, understood the difficulties emigrants face in a new country and started providing guided tours on Lisbon to her followers on Instagram after settling in the city. Eventually in 2017, after living in Lisbon for about three years, she opened her own boutique, Queen’s Life, to provide quality products from big brands. Later in February 2019, she opened another store on the same street to offer clothes from all over the world carefully curated by her. She then turned her old store into a beauty salon to provide all kinds of services including manicures, pedicures, waxing, massage, and eyelash extensions by local professionals handpicked by her. She offers services through the website suwerner.com and has a separate Instagram account for the brand. She also often models for products on her store.

She Was Robbed at Gunpoint

In June 2013, Susana Werner’s car was stopped just before midnight and she was robbed at gunpoint while driving through Fortaleza in Brazil. Following the incident, she took to Twitter to reveal, “It was a routine robbery, just like all the ones I’ve heard about. It was the first time, but I was prepared to not react. The criminals were young and just wanted my belongings. There was no act of aggression, just a gun pointed at me.” She mentioned that she told the criminals to take everything including the car, but they let her go, adding that “Life goes on. I love Brazil and I have faith.” Incidentally, after moving to Lisbon with her family the next year, she mentioned, “Here you have the freedom to walk alone, without fear, and that is very good.”