Lakiha “Kiki” Spicer is an American entrepreneur and socialite more famous as the third and present wife of the legendary boxer Mike Tyson. She was long-time girlfriend of the undisputed world heavyweight champion before marrying him. The couple have two children. Lakiha fell on the wrong side of the law when she and her parents got entangled in a corruption case. She had to serve six months in prison. She wrote the one-man show documentary comedy TV special ‘Mike Tyson: Undisputed Truth’ on the boxer who credits her for helping him overcome his state of despair. 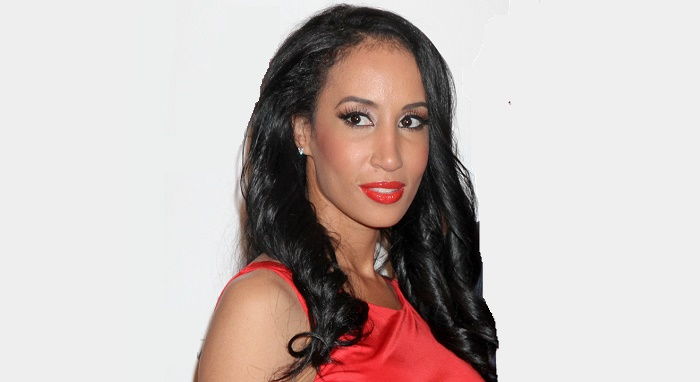 Lakiha Spicer was born in Philadelphia, Pennsylvania, US, in 1977 to Clarence Fowler, whose Islamic name is Shamsud-din Ali and Rita Spicer, whose Islamic name is Faridah Ali. Her father was convicted of murder during the 1970s and had to serve a prison term of several years. Following his release, Shamsud-din became the leader of the local masjid in Philadelphia. He eventually emerged as an influential cleric among the Muslims of West Philadelphia. Lakiha has an elder brother, Azheem Spicer, who is three years older than her.

Lakiha attended a local high school in West Philadelphia and completed her matriculation from there in 1995. Although not much information is available on her further education, some sources mention that she obtained a BA degree in teaching. 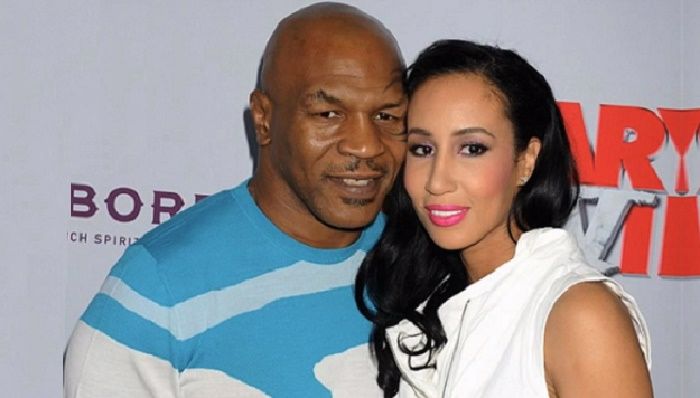 Gaining the Spotlight as the Girlfriend of Mike Tyson

Lakiha Spicer made news for her romantic association with Mike Tyson. Her long time on-and-off relationship with the legendary boxer made headlines in tabloids. She met the boxer for the first time at the age of 18. She accompanied her father, who was known to American boxing promoter Don King, to different boxing events. It is said King cautioned Tyson to maintain a respectful distance from Lakiha and not mess with them. Nevertheless the young girl fell for Tyson “like moth to a flame” to the extent that she was not even bothered about the fact that Tyson was convicted of raping an 18-years old girl and sentenced to six years in prison and was released in March 1995 after serving about three years of his sentence. She was also warned by her father to stay away from the boxer due to his past life and relationships. Lakiha, however, went her way and when she was around 23, she was already dating the boxer, although casually. There was no commitment from Tyson’s side as well and the relationship was more of an on-again and off-again one. Tyson and Lakiha would meet at clubs mostly with other girls around. The two would later leave together at night. Talking about her relationship with Tyson that witnessed a series of break-ups and reconciliations, Lakiha later mentioned in an interview that each time she parted ways from the boxer, she tried to move on, but fell for him again. 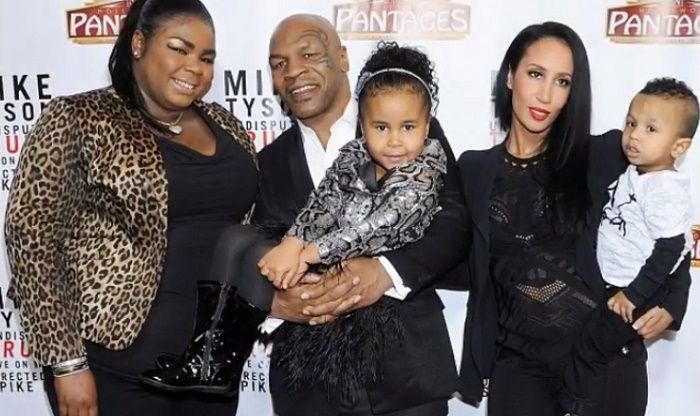 Lakiha Spicer became pregnant in 2008’ she came to know about her pregnancy a week before serving a six-month sentence in federal prison in connection with a money fraud and conspiracy case. In December 2008, after her release from prison, Lakiha gave birth to a girl,Milan, her first child with Tyson. She then contacted the boxer who at that time was struggling with drug addiction. Lakiha and Tyson became more serious about their relationship around this time and although they were unable to live together in Las Vegas, both being convicted felons, they would often visit each other. The two eventually exchanged vows in a short, private ceremony on June9 2009, at the La Bella Wedding Chapel at the Las Vegas Hilton. Their marriage ceremony took place just eleven days after Tyson’s four-year-old daughter Exodus succumbed to a bizarre accident, sparking another controversy in the already troubled life of the boxer. Tyson was earlier married to American model and actress Robin Givens and American Paediatrician Monica Turner respectively. Lakiha changed her name to Kiki Tyson after the marriage. She gave birth to the couple’s second child, a son, Morocco Elijah Tyson, on January 25, 2011. Lakiha’s six step-children include Gena Tyson, D’Amato Kilrain Tyson, Exodus Tyson, Michael Lorna Tyson, Rayna Tyson, and Amir Tyson. 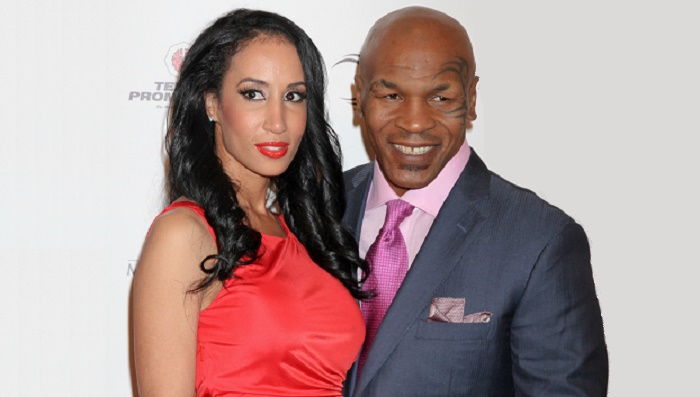 Tyson had his own share of troubles, including his battle with drug addiction post-retirement, and his conflicts with law. He has expressed his deep love for Lakiha and credits her for helping him come out of his state of despair. While giving an interview in People magazine in 2010, the boxer said his association with Lakiha was “truly a life-saving experience”. Lakiha accompanies Tyson at social events and ceremonies. The couple was seen enjoying a tennis match during the 2018 French Open in June. She was seen wiping off sweat from Tyson’s face using a paper napkin, a scene the paparazzi did not miss to capture on their cameras.

Lakiha Spicer’s daughter, Milan, plays the piano quite well. A member of NetGeneration, Milan is taking professional tennis classes and has already won many youth championships in the game. She has also made her mark in the world of advertisements. She has bagged commercial contracts and advertised for products of the cosmetic line ‘CopperGel’. Milan was also invited along with Tyson to appear on the Tennis Channel. Lakiha’s son, Morocco, on the other hand plays tennis, golf, and boxing. 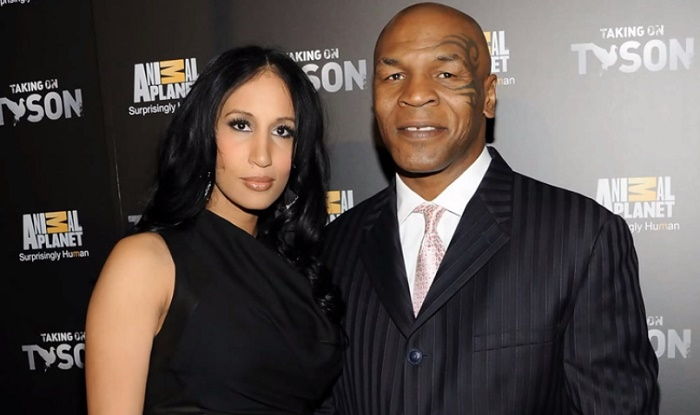 Like her husband, Lakiha’s is quite fond of dogs and the couple hase one at their home. During her spare time, Lakiha likes to travel across the globe along with her children.

In September 2004, Lakiha Spicer’s parents and many others faced charges of running and taking part in a racketeering enterprise in pursuit of garnering money and property via criminal schemes that involve extortion and bribery. Lakiha also got involved in the corruption case and while her trial was going on in 2004, Tyson’s name surfaced as a potential character witness. He was, however, never called to testify. Lakiha was sentenced to house arrest and four years’ probation and her mother was sentenced to a prison term of over a year. Her father was sentenced nine years in prison and had to serve a jail term till 2013. Lakiha was found guilty of fraud and conspiracy for receiving $71,000 from the company of her father on pretext of teaching courses at the Sister Clara Muhammad School. As a result of this, she had to serve a six-month term in federal prison in 2008. 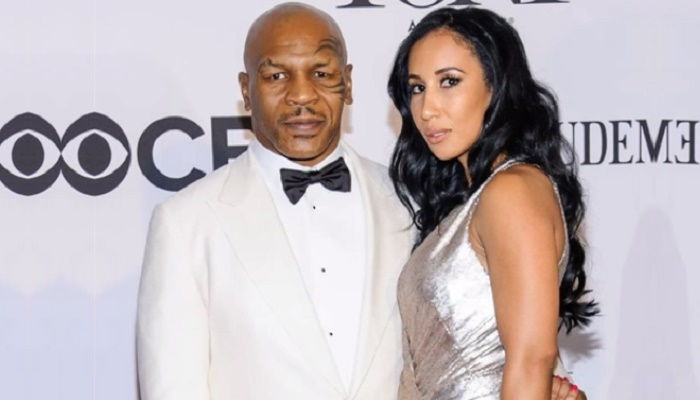 Lakiha filed a law suit in 2013 in the County of Los Angeles, where she mentioned that an unidentified person is sending her emails with false accusations and threatening her safety as well as that of her family. She inducted attorney Mark Geragos to handle the case and although not much details have come to shore regarding the case, the person sending such emails was identified through his IP address.

Lakiha Spicer is an entrepreneur and is involved with several businesses. These include a fashion boutique. She also wrote Tyson’s one-man hit show ‘Mike Tyson: Undisputed Truth.’ The documentary comedy that covered the life story of Tyson in details was directed by Spike Lee and starred the boxing legend himself. It made its debut on Broadway in August 2012 and later premiered as a TV special in the US on November 16, 2013.