A famous leader once said that the world can be free of wars, crimes and far more intelligent if we turned towards literature. Surprisingly, many who embraced literature and happened to get their hands on phenomenal works of literature claim to have evolved tremendously. Over the years, several bestsellers such as self-help motivational books and works of spirituality have helped people. Many voracious readers have claimed that these path-breaking literary works have the ability to alter an individual’s personality. To be precise, they say that it can make a person do the unthinkable than be satisfied with a mediocre existence. However, do you know the names of literary works which influenced the world the most, in a span of a few centuries? Well, these are 20 such milestones in literature which are being claimed by many to be the works which have influenced the thoughts and actions of several people around the world. Many great leaders and intellectuals attribute their personal success and inspirations to these works of literature. It is high time many of us spare a few hours to read these for the betterment of our intellect.

1. The Analects of Confucius 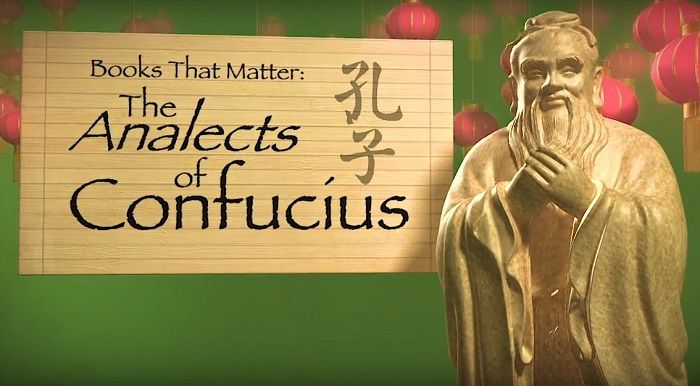 Ancient Chinese proverbs and sayings are regarded quite sensible even in today’s sophisticated era. ‘The Analects’ written by the famous philosopher Confucius is probably the mother of most philosophical works at that time and the thoughts of the author came to be known as ‘Confucianism’. The book is a collection of philosophical conversations between Confucius and few of his devoted disciples. It is believed that his students compiled the valuable thoughts shared by the wise man during his conversations with him, leading to the literary masterpiece. 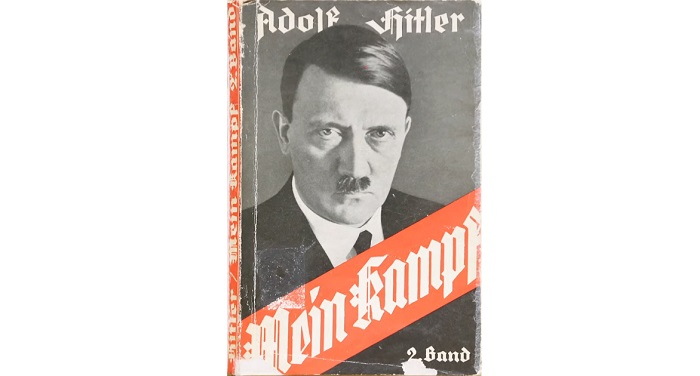 Whether you like it or not, the ideologies of Adolf Hitler, famously known as ‘Nazism’ cannot be ignored. For all those who are fascinated by the rise of Hitler from a mere soldier to being one of history’s greatest dictators, this literary work is a must read. It speaks about how the former German Chancellor overcame his humble beginnings and redefined world politics at a later stage of his life. The book, edited by Hitler’s confidante Rudolf Hess, went on to become a bestseller later on and is a favorite amongst those who follow world history religiously. Readers also get to know Hitler’s point of view about the Jews and the reasons behind his alleged prejudices against the community.

3. The Diary of a Young Girl By Anne Frank 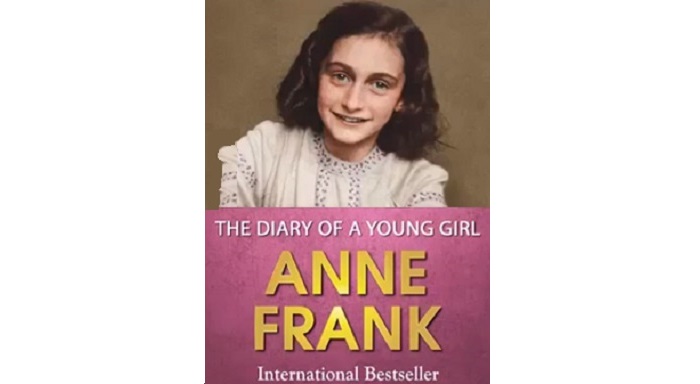 In short, it is a heart-wrenching real life account of a young girl who falls prey to the tyranny of the Nazis. The writer had apparently penned her thoughts of the cruelty she faced on a daily basis at a concentration camp in Netherlands. She describes how her family had to move out of Germany and live in exile until being captured by the Nazi forces. The book later drew the attention of many readers across the world.

4. War and Peace By Leo Tolstoy 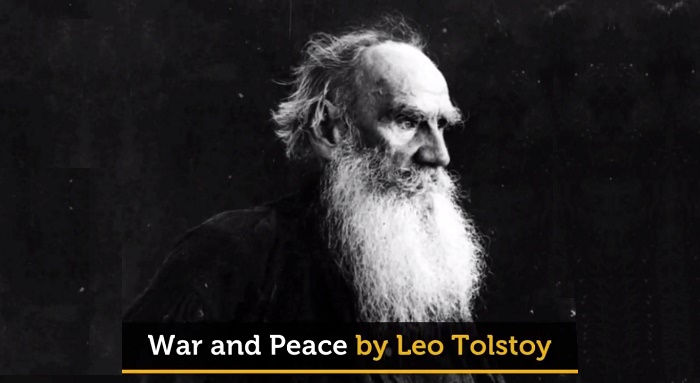 This book is considered to be the finest work of the legendary writer Leo Tolstoy and also a milestone in literature. The story, which is set against the backdrop of the patriotic war of 1812, involving Russia and France, consists of approximately 580 characters. While a few of these characters were fictitious, several others were derived from history. This great work of literature was adopted into several forms of performance art such as plays, opera and inspired even the celluloid world.

5. On The Origin of Species By Charles Darwin 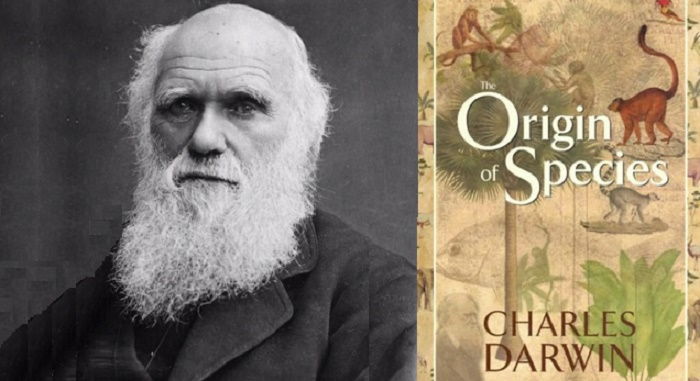 The field of ‘Evolutionary Biology’ which we know today was formed on the basis of this book, penned by the eminent scientist Sir Charles Darwin. This piece of scientific literature is Darwin’s assessment of the evolution of living beings on this planet. This book has been used as a reference material by several researchers to embark on a further exploration of genetics and evolution. 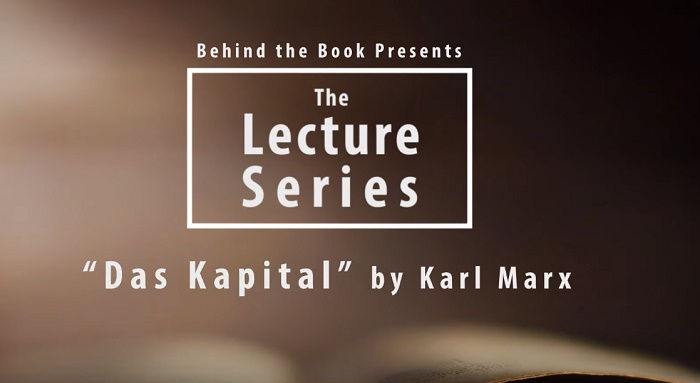 Penned by the eminent revolutionary Karl Marx, this book has influenced the political views of millions of individuals across the world. The book talks in detail about how manpower was being exploited to the worst extent by industrialists to extract more profits. In a way this literary work sparked off an industrial revolution of sorts. The author’s views about society and governance later came to be famously known as ‘Marxism’.

7. A Vindication Of The Rights Of A Woman 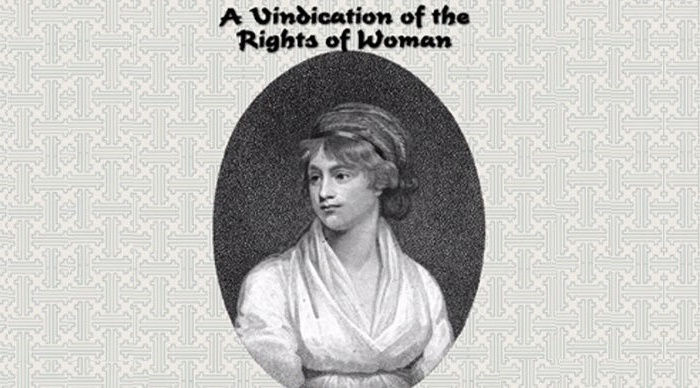 This work of literature has helped a great deal in the stemming of the modern day feminist movement. The book was more of an expression of outrage against the discrimination shown towards the fairer sex by the society. Mary Wollstonecraft, its author, has expressed her objection towards the denial of basic rights such as education for a woman since she plays a big role in the upbringing of a child and shaping a society in general. The work was hailed as one of the most honest and ‘original’ works of the century during which it was first released. 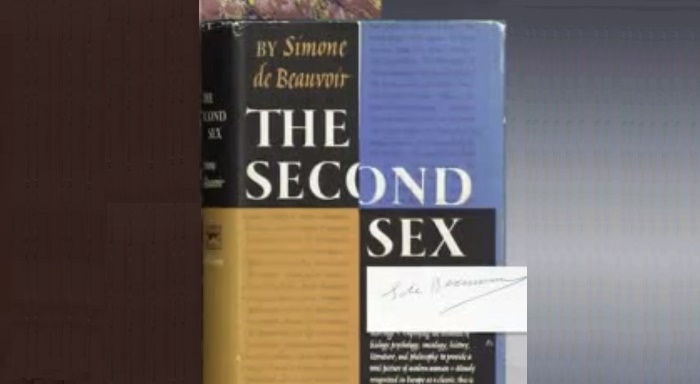 Sex has been a topic that was seldom spoken about in public even though many have been greatly obsessed with it. Writer Simone de Beauvoir broke all the shackles and inhibitions pertaining to this taboo subject through this work. The reader gets a nymphomaniac’s perspective about the world and was quite a bold attempt for its time. Perhaps books like these are the reason why now the approach towards sex education and addressing issues like sexual abuse has varied drastically over the years. 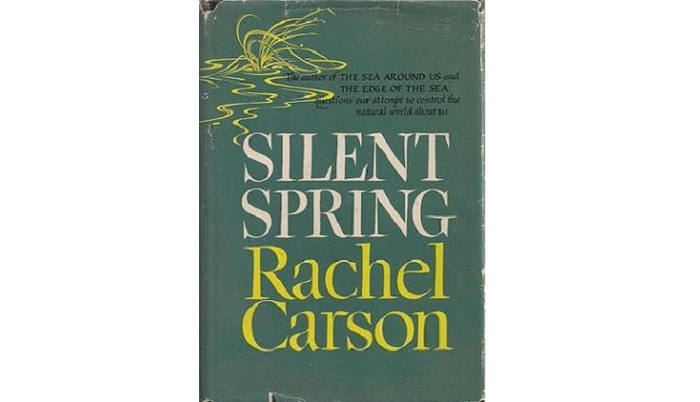 The awakening of the masses towards environmental hazards is not something which happened recently, several thinkers had sparked the seriousness of this issue several times in the past. One among them is the famous writer Rachel Carson who got her work ‘Silent Spring’ published in this regard. Carson emphasized on the hazards of pesticides which created awareness amongst millions of people about the ill effects of such chemicals.

Said to have been penned during the period 620-560 BC, these works have been written by no scholar but surprisingly a slave named Aesop, whose name went on to be etched in history forever. Several editions of these ‘Fables’ (or rather short stories) have been published over the years. The fact that the tales written during the ancient times continue to be popular among readers till date, speaks a lot about this literary work.

11. The Complete Works Of William Shakespeare 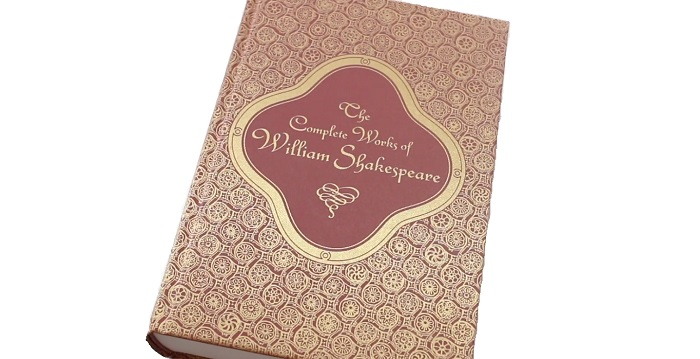 It is a well-known fact that the works of yesteryear playwright William Shakespeare didn’t just influence the minds of the readers but also revolutionized English language to a significant extent. Many of his plays such as ‘Macbeth’ and ‘Hamlet’ have not only been adapted for several celluloid and theatre projects, but have also been recommended by universities and schools worldwide for their students. ‘Romeo and Juliet’ penned Shakespeare is known to be one of the greatest love stories ever written and is widely known across the world.

Odyssey & Iliad are two epic poems which are claimed to be the works of a Greek man named Homer. Odyssey narrates the glorious journey of a king named Odysseus towards his motherland following the historic Trojan War, which was a battle of great significance. The Iliad is supposedly a prequel to the Odyssey which talks about the friction between the legendary Greek warrior Achilles and a monarch named Agamemnon.

Christianity is undoubtedly a religion which consists of billions of followers across the world and the Bible which propagates the thoughts of the Christ has been an integral part of many lives today. The King James Bible is said to be the first translated version of this religious text into the English language and has made it possible for most of us to understand the values of the religion today. Completed in 1611, this version has commissioned by the renowned emperor King Henry VIII and has ever since been widely used, especially by English language speakers across the world.

The credit to the Euclidean geometry which we’ve learnt during high school goes to this work, penned by the famous mathematician. Euclid’s Elements is a series consisting of 13 books and several important theories of Mathematics can be found in these. The method of finding the square root of a given number and also the ‘number theory’ are some of the topics covered by Euclid through this work. Many have dubbed this work as ‘the most successful and influential text ever written’.

15. The Prince By Niccolo Machiavelli 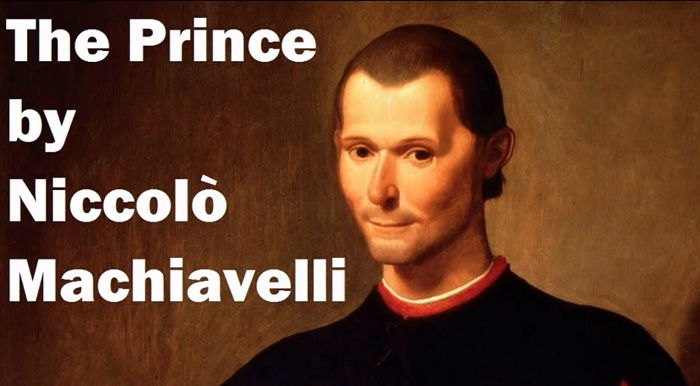 Many leaders considered this text to be a guide to great administration and better understanding of the society. Several known politicians have lauded the Italian diplomat Machiavelli for penning this book.

16. The Interpretations of Dreams By Sigmund Freud 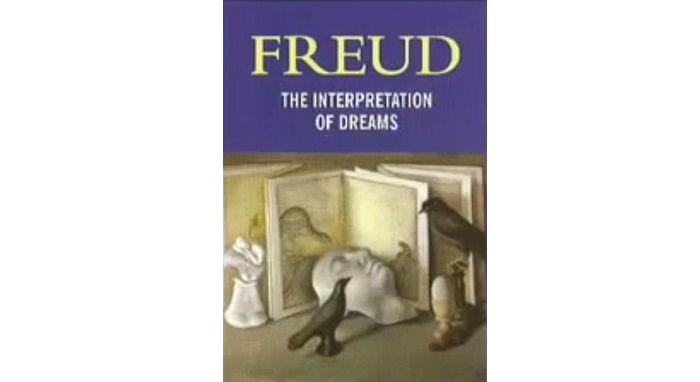 The legendary Sigmund Freud, who was a well-known Psychoanalyst, explored unchartered waters during 1899-1900, with this book of his. Freud attempted to answer questions pertaining to one of the biggest mysteries haunting mankind – dreams. Freud’s interpretations of the thoughts which cross our mind during deep sleep formed the basis for further study in this regard over the years. Several psychologists and researchers have been referring to this work, time and again to unravel the mysteries behind such visions.

A lot of our readers are trying to find a good Real money casinos at Gamblingcomet and now we are ready to announced our special page with full list of real money casinos with good bonuses. If you are from US – feel free to join.

17. The Divine Comedy By Dante Alighieri

Written by the famous poet named Dante Alighieri, who is of Italian origin, this works belongs to the niche category of the most iconic works in world literature history. The work is an exploration of what follows a soul after its time on Earth ends. It speaks about hell, purgatory and paradise. The work was quite unconventional as compared to the million poems written during those days.

It has been claimed that this work sowed the seeds of an uprising against injustice, which led to the great American civil war. The protagonist of this tale is a black man named Tom and the work addresses the adversities faced by people of the African American community. Within a year of its release, approximately 300,000 copies of the book were sold across various parts of the United States. Even former US president Abraham Lincoln opined that the book triggered the historic revolt.

19. The Republic By Plato 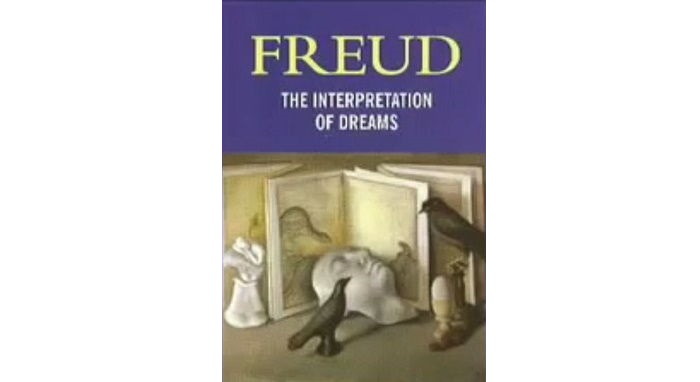 0This literary piece by Plato, the great philosopher and mathematician from Greece is hailed to be a milestone in world literature. Plato has rephrased several dialogues by the philosopher Socrates in this book and in a way paid tribute to the latter. The work has been divided into a series of 10 books and they emphasize on themes such as society, education philosophy and so on. 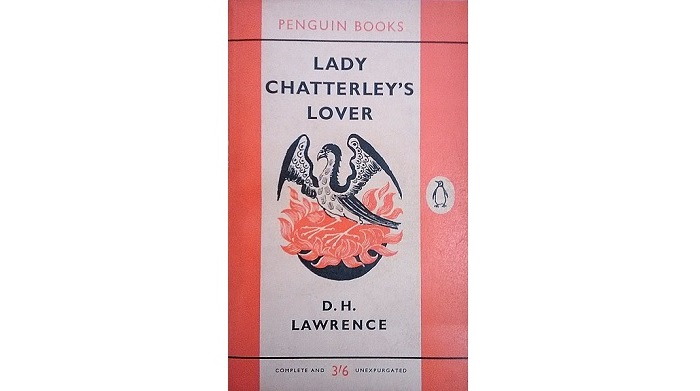