Cayley Stoker is an American socialite who recently shot to fame after her relationship with musician and reality television star Brandon Jenner, the son of Caitlyn Jenner and a member of the extended Kardashian family, became public knowledge. Unlike Brandon, who was on the E! network series ‘Keeping Up with the Kardashians’, she lived a quiet life prior to her affair with Brandon and is often described as “a sweet local beach girl” who “is beloved by the Malibu community”. In less than one year, the couple has made their relationship public, announced pregnancy with twins, and revealed engagement and secret marriage. 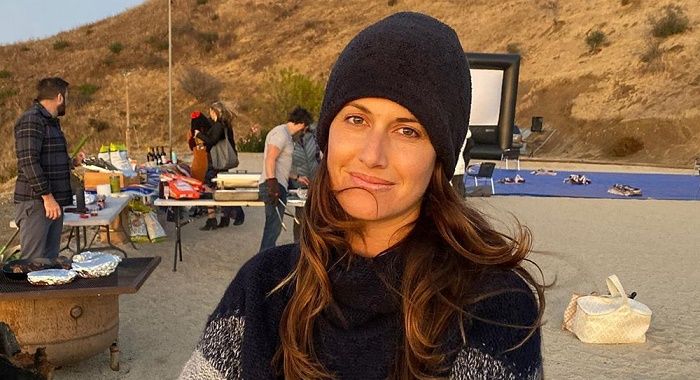 Cayley Stoker and Brandon Jenner got engaged and married secretly

As Cayley Stoker and Brandon Jenner prepared for the birth of their twins, they got engaged in January 2020, the news of which was shared by Brandon on January 25 via a video on his Instagram captioned “It’s official” along with ring and heart emojis. Cayley commented on the post with heart emojis as well. A few days later, he wished her happy birthday, calling her his wife, and shared a picture from their wedding on January 21 at the Santa Barbara Courthouse. His daughter Eva and her grandmother Joan were present at the event and were the witnesses to the wedding. The couple was soon overwhelmed by congratulatory messages from fans and followers, including his half-sisters Kendall Jenner and Kim Kardashian.

Her husband is part of the famed Kardashian family

Cayley Stoker’s husband Brandon Jenner is the son of track and field Olympian Bruce Jenner—who is now known as Caitlyn Jenner following her sex reassignment surgery— and actress Linda Thompson. He has one full brother, Brody Jenner, apart from four more siblings from his father’s two other marriages: Kendall, Kylie, and Burton Jenner, and Cassandra Marino. 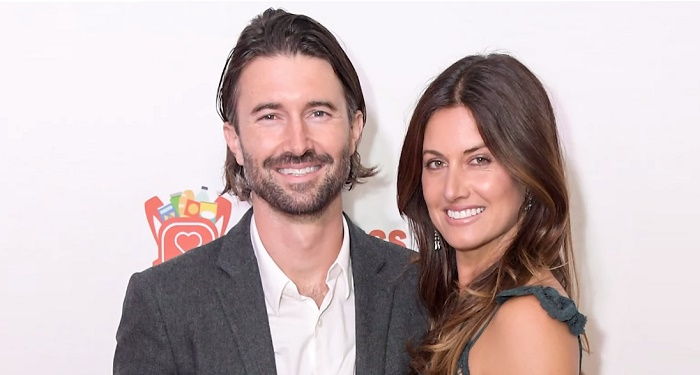 They revealed their relationship on social media

On March 17, 2019, while on a vacation together in Joshua Tree, Cayley Stoker shared a picture on her Instagram stories in which she could be seen hugging Brandon Jenner. The Kardashian and Jenner fandom was already inquisitive about Brandon, who had just split from a long-term relationship six months ago, and the news of his possible new affair spread quickly on the internet. Soon after, Cayley made her Instagram private. Brandon also shared a video in which his dog joined in rock climbing with the couple.

In early August 2019, months after their relationship became public, Brandon Jenner told the ‘People’ magazine that Cayley Stoker was 12 weeks pregnant and that they were expecting twins in early 2020. He also added that the couple broke the news to his 4-year-old daughter Eva James along with his ex-wife Leah, with whom he maintains strong friendship despite the split. They shared the news with Brandon’s father, Caitlyn Jenner, in a unique way by putting up a sign on the property next door with the words “We’re gonna have a baby” and then convincing her to look through the binocular. Brandon revealed that he and Cayley had decided not to find out the sex of the babies as they would like to be surprised once they are born. 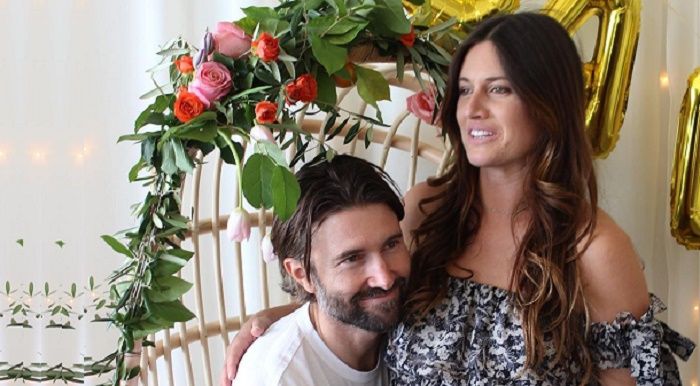 Cayley shares a warm relationship with Brandon’s ex-wife Leah, who had attended her baby shower in her hometown Malibu on January 5, 2020. The next day, Leah posted a selfie together with her from the event with the caption “Sometimes you just get lucky in life. @caylita_ you are a gift to me and Eva #sistermamas”. Brandon also left a comment on the post stating how proud he was of both of them.