Famous Ocean is an American rapper and ‘Instagram’ star, who has gained fame as part of the all-girl hip-hop group ‘Hollywood Dollz.’ The group also includes her sisters. Famous Ocean is also known for her quirky sense of fashion, which includes her fetish for hair colors and her tattoos. Though she is a budding artist, Famous Ocean has the potential to become more successful in the entertainment industry, in the years to come.

Famous Ocean was born on October 8, 2002, in the United States. It is believed she is of a mix of African-American and Asian (Korean, according to some sources) descent. She grew up with her two sisters.

Not much is known about her parents or her education. In early 2019, she was not sure whether she wanted to go to college, because she did not know if those 4 years spent in college would be a waste of time.

Though her original name is Kayla, she is better known by her pseudonyms, “Famous Ocean” and “Famous Kayla J-LA.” She stays in Atlanta, Georgia. 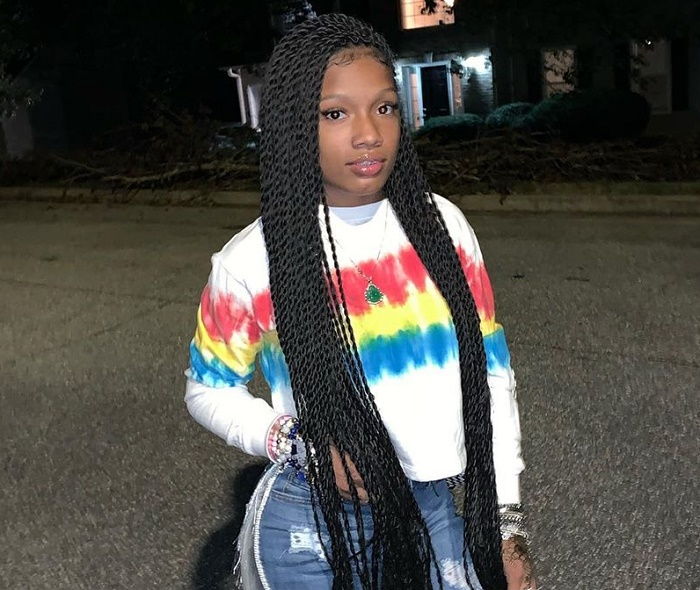 Famous Ocean had started rapping even before she had stepped into her teenage years. She made her first hip-hop song when she was merely 7 years old. She is now a popular rap artist and ‘Instagram’ star. She uses her social-media profiles to promote her music and to share glimpses of her life.

She is part of an all-girl hip-hop and rap group named ‘Hollywood Dollz.’ It also consists of her sisters, Stacie and Kung-Fu. Rapper Brooklyn Queen also performs as part of the group. They created the group in 2017.

She came up with her debut solo freestyle, ‘So Groovy,’ in 2017. The song soon earned more than 300 thousand individual streams. Back then, the number was around 10 times higher than their second-most-streamed song on ‘SoundCloud.’

She and ‘Hollywood Dollz’ had already released the tracks ‘Too Cute’ and ‘We Got The Hit. Ej2’ in 2016, on ‘SoundCloud.’ Their official debut single, ‘Big Ole Flex,’ was released on September 12, 2017, through the label ‘Bolo Productions.’ The track ‘Issa Lame,’ featuring popular rapper 5StarFrank, was also released that year. Two years later, in April 2019, they released the single ‘Get Active.’ This song was almost as famous as ‘So Groovy.’

They also launched their ‘YouTube’ channel on September 4, 2017. It is titled ‘Famous Ocean x KungFu’ and has garnered more than 263 thousand subscribers and over 14 million views over the years.

Famous Ocean is most popular on the social-media platform ‘Instagram,’ where her profile, “famousoceann,” has managed to gain 1.4 million followers though her and her group’s captivating dance clips.

Her ‘TikTok’ account, ‘Oceansowavyy,’ has earned over 265 thousand followers and 1.7 million likes. Famous Ocean is also on ‘Twitter,’ where she has earned more than 1,200 followers.

The sisters have their own brand of cosmetics, which is available on the site hollywooddollzco.com.

Famous Ocean considers herself “an artist,” and not “a dancer.” She claims she is proud to be part of what she calls the “Ocean Gang.” She and her fellow members of ‘Hollywood Dollz’ were part of the ‘Home for the Holidays Sweet 16’ tour, with artists Street Bud, ‘2-Crucial,’ Flau’jae, King Imprint, and Nia Kay.

There is an interesting story behind her name and her sister’s name. She claimed in a 2019 interview that her mother had come up with the name “Ocean” as part of her stage name. It is believed they had initially thought of naming their dog “Ocean,” because it had blue eyes. However, she later chose it as her stage name, because it gave her a feeling of “hopping on a wave,” or “riding a wave.” Even her older sister’s stage name, “Kung-Fu,” was inspired by Nicki Minaj’s track “Chun Li.”

Her younger sister, Stacie, and her older sister, Hollywood, known by their respective stage names, “SuperstarrStacie” and “Kung-Fu,” are also part of the 4-member hip-hop band ‘Hollywood Dollz.’

Famous Ocean began dating Chicago-based ‘Instagram’ sensation Chris_gone_crazy’ in 2018. Chris is best known for his comedy clips and dubsmash videos. He is also a budding actor, dancer, and rapper. Chris also performs as one half of the music duo ‘Chris & Debo.’ Chris and Famous Ocean often post their photos and videos together on their respective ‘Instagram’ accounts. 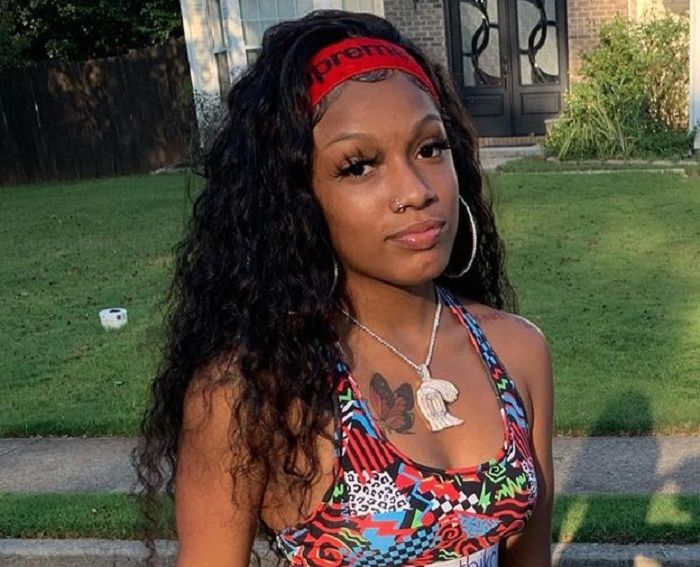 On May 6, 2019, Famous Ocean posted a video titled ‘THE REASON WHY ME AND CHRIS BROKE UP.’ It made her fans unhappy. However, in May 2019, she came up with a short hip-hop song titled ‘BYE BYE (CHRIS EX BIH),’ through which she “dissed” Chris’s former girlfriend. It seemed that Chris and Famous Ocean were back together. The song was followed by a social-media post with the caption: “Told his ex she sipping tea we drinking champagne now.” Soon, Famous Ocean clarified that they she and Chris were still in love with each other and that nothing would be able to ruin their relationship.

Famous Ocean loves coloring her hair. In the past, she has dyed her hair into various colors, such as blonde, platinum blonde, pink, cyan, blue, purple, light brown, red, green, and dark brown. However, her original hair is black in color. Her favorite hair color is blonde.

Her cousin had pushed her against a stair pole when she was 8 years old, and as a result, her teeth had become crooked. Following this, she got her braces in fifth grade. They have now become part of her signature style, along with her collarbone tattoos of two butterflies, and her pierced belly. She had to get her braces redone later, as the orthodontist had not fit them properly. She once claimed that she insisted on wearing visible braces instead of putting veneers or using ‘Invisalign’ braces, as she considers her braces pretty.

She loves expensive cars and jewelry. She enjoys munching on sugar cane. She does not like soda but is fond of pizza. Her favorite rappers are Cardi B and Nicki Minaj

In eighth grade, Famous Ocean got involved in a school fight. One of the walls in her house has a large mural of an ocean wave and the words “Ocean” written in pink.

She does not care about what people think of her. Although some people believe she has “an attitude,” Famous Ocean states they do not know her true self and that she is essentially a positive person.

In 2019, she mentioned in an interview that she was learning to speak Spanish. Kung-Fu is learning Chinese, and the two girls intend to include some of these languages in their future tracks.

Famous Ocean wears a large neck chain with the word “Ocean” hanging from it. It is made of zirconia and diamonds.

Once, rumors claimed that she had been slapped by someone. However, the rumor turned out to be false. She pranked Woah Vicky, along with her friends, in May 2019, by telling her that they did not like her anymore. They then revealed it was a joke.

In June 2019, Famous Ocean met one of her most devoted fans, a 6-year old girl named Akia. Akia was apparently suffering from stage-4 neuroblastoma (a form of cancer).