Mark Thomas, better known as “duhitzmark,” is an American internet star, who rose to fame with his engaging content on ‘Instagram,’ ‘TikTok,’ ‘YouTube,’ and ‘YouNow.’ Apart from gaining fans for his videos, Mark has also made a name for himself as a singer. He is often seen collaborating with his fellow social-media stars and attending tours.

Mark was born on March 29, 2001, in Stewartstown, Pennsylvania, United States. Not much is known about his family, since he has never mentioned his parents in his videos. He has an older sister named Mullaney Christine Thomas. Mullaney is a singer and Instagram star. Mark once made a video with Mullaney, singing Justin Bieber’s hit track ‘Sorry.’

Mark was homeschooled because of his busy schedule. His full name is Mark Christopher Thomas. He still lives in Stewartstown. 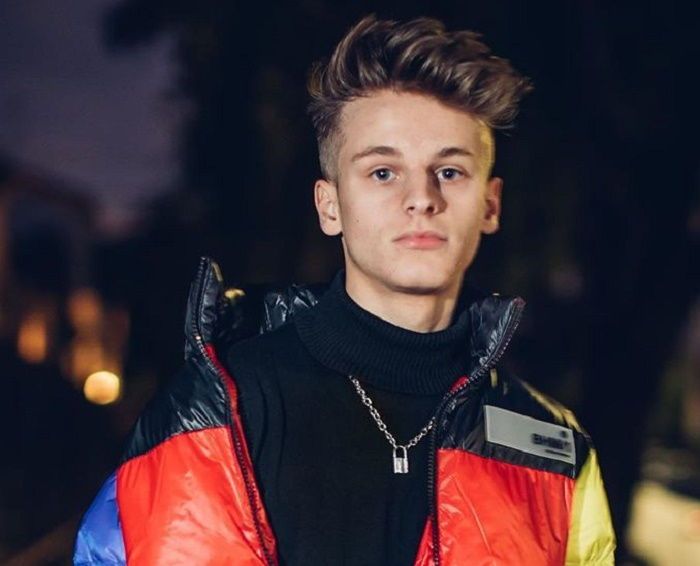 Better known by his online pseudonym, “duhitzmark,” Mark started gaining fame by posting videos on ‘TikTok’ (then ‘musical.ly’). His content on the platform has helped him earn more than 5 million followers and 399 million likes.

His popularity increased when he collaborated with internet sensation Jacob Sartorius. Gymnast and dancer Kelianne Stankus appeared in one of his ‘TikTok’ videos, titled ‘I thought I recognized her.’

Mark is a talented singer. He experiments with a mix of R&B and pop. His single ‘Khalid-Young & Dumb Broke’ was released on his channel in October 2017. He released his first EP, ‘Down for a While,’ in 2017. Mark also uploaded a lyric video song named ‘Side Chick’ in April 2017. Mark’s cover of Justin Bieber’s song ‘Mistletoe,’ posted on his channel on December 19, 2016, has gained over 7 million views.

Mark has collaborated with many internet celebrities, such as Flamingoes, 5 Squad, and Loren Gray, Zach Clayton, Jackson Krecioch, and Nathan Triska. He has performed for the TGA tour. He was part of the ‘Weekend Rush Tour 2017.’

He is also present on other social-media platforms, such as ‘YouNow,’ ‘Instagram,’ and ‘Twitter.’ He has more than 3 million followers on the platform. He is on ‘Twitter’ since January 2012 and has earned more than 580 thousand followers on the platform. Incidentally, he began his journey on social media with ‘Twitter,’ as it was his first account on any online platform. However, he owes his fame to other social-media channels.

Rumors stated that Mark had been dating actor and dancer Jordyn Jones in December 2015. However, Mark did not confirm whether they were in a relationship. Mark and Jordon have appeared together in many videos.

Following this, Mark was romantically associated with ‘YouTube’ star Loren Gray. They were rumored to be dating secretly since 2016. However, in one of his recent videos, he stated that he and Loren were just good friends. Mark and Loren have been seen in several videos together. One of them, titled ‘Cooking With Moren!! Loren Gray and Mark Thomas,’ was extremely popular.

Mark was seen attending prom with social-media star Madison Lewis in 2018. He also “tweeted” a photo of them together, with the caption “prom” on May 6, 2018. The same day, Madison posted a picture of Mark and herself on ‘Twitter.’

It is believed Mark began dating ‘Instagram’ star Bridget Paddock in 2019. Their relationship was revealed on March 2, 2019.

Mark enjoys playing football in his leisure time. He loves gorging on Alfredo noodles and Caeser salad. He detests ketchup. He loves the color blue but is fond of white jeans. His favorite animal is the turtle. Mark lived on a farm once. 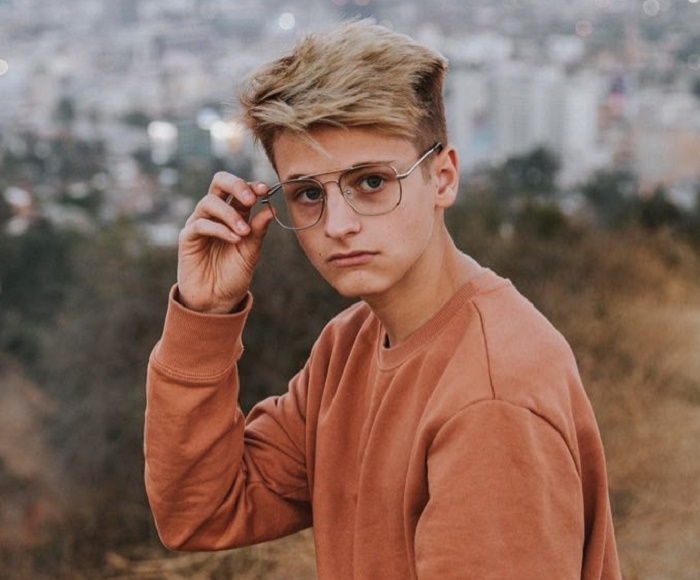 He is often likened to singer and internet sensation Jacob Sartorius. However, Mark does not mind being compared to him. He knows Jacob personally and has many selfies with him.

Mark loves clicking selfies in changing rooms. He had once posted a photo of himself posing with a dumpster and had captioned it “me and my ex.” Mark believes his biggest insecurity is his teeth. He is known for his slim frame, blonde hair, and blue eyes.

His ‘Instagram’ account was hacked once. He attends charity events occasionally. His fans love the “Duhitzmark and chill” sweatshirt. Many have posted clips wearing the sweatshirt on ‘YouTube.’

Mark once stated on ‘Twitter’ that his perfect date would involve cuddling under a blanket, while having ice-cream and watching scary movies, followed by kissing and falling asleep together.

His phone number got leaked once. He had accidentally leaked Bryce Hall’s number on ‘YouNow.’ When Bryce found out about it, he leaked Mark’s number on the same platform.