Julianna Grace “Annie” LeBlanc, an American gymnast-turned-YouTube phenomenon, is a rising star in the world of internet. Annie started hogging the spotlight while she was still a kid and won millions of hearts with her gymnastics videos posted on her YouTube channel, ‘Acroanna,’ (presently ‘Annie Leblanc’) and her family YouTube channel, ‘Bratayley.’ She also stole the show as a singer with both covers and original songs and as an actress, starring in several Brat productions. The latter include ‘Chicken Girls’, ‘A Girl Named Jo,’ and ‘Sunnyside Up’ and films, including ‘Chicken Girls: The Movie’ and ‘Spring Breakaway.’ The whiz-teen was tagged as one of the “most famous teens in the world” by ‘Business Insider’ in December 2018.

How it All Started?

Annie joined gymnastics classes as a toddler; when she was three and still honing her skills in the sport, her family began uploading her gymnastics videos online. Although it all started with the intent of sharing some of her gymnastics videos with her father, who was away for his military service, in no time the she started getting attention leading her family to launch their own YouTube channel. 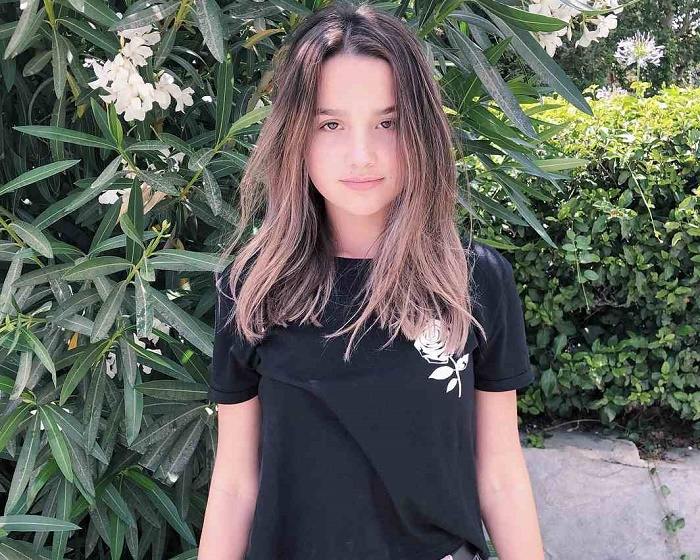 Annie’s YouTube channel, ‘Acroanna,’ was started on October 21, 2008, by her parents who maintain and monitor it. Annie initially got noticed for her gymnastics videos, including gymnastic meets and tutorials and moving on she stole the show with other videos, including challenges, behind the scenes, and music videos. Over time the channel gained considerable popularity and Annie became a YouTube sensation. The name of her channel was also changed to ‘Annie Leblanc’ in 2017. Some of its popular videos are ‘Alex & Sierra – Little Do You Know (Annie LeBlanc & Hayden Summerall Cover)’ and ‘Annie the Gymnast | Level 7 State Gymnastics Meet 2015 | Acroanna’.

Claim to Fame as a Bratayley Star

Her claim to fame came through the family friendly YouTube channel, ‘Bratayley,’ started by her parents. The name of the channel was derived from the nickname of Annie’s younger sister, Hayley, which combined the word ‘brat’ with the latter’s name. The channel followed lives of Annie, along with her siblings, Caleb and Hayley, and their parents. Two of the most popular videos of the channel are ‘I’m Never Going at the Park AGAIN!’ (WK 61) and ‘The Bratayley Olympics’ (WK 82.4). Talking to Nickelodeon, Annie pointed the former video as one of her favourites from the past.

Annie remained associated with collaborative channels, ‘Gymscool’ and ‘SevenAwesomeKids,’ as well. Her online popularity has gone up further through musical.ly, where her account ‘presshandstands7’ (later changed to ‘annieleblanc’) garnered millions of fans; and also through her Instagram account, ‘annieleblanc.’

A skilled gymnast, Annie took training in the sports till August 2017. Although Annie is passionate about the sport and loves to practice it, she once mentioned to ‘Hollywire’ that she hated competing, as it brings so much stress. She reached level nine in competitive gymnastics and would have been eligible to compete at the elite level had she completed level ten. This would have qualified her for the Olympic trials and other professional events, but the YouTube sensation chose not to go that way.

Her collaboration with Hayden Summerall on a YouTube cover of ‘Little Do You Know’ by Alex & Sierra went viral on the ‘Emerging Artists’ Billboard chart. The same year speculations started doing the rounds that Annie was dating Hayden. These led their fans tag them as ‘Hannie’ and develop romantic storylines and Photoshop pictures of the two in such a way that they appear as a couple.

After knowing about the ‘Hannie’ phenomenon, Brat media founder Rob Fishman cast Annie and Hayden in starring roles of Rhyme McAdams (the main protagonist) and T.K. respectively, in the Brat TV produced American family drama web series ‘Chicken Girls.’ The series premiered on September 5, 2017, and has already completed five seasons. It is set to premiere its sixth season in 2020. Meanwhile, Annie reprised the role of Rhyme in the 2018 film ‘Chicken Girls: The Movie,’ which is based on the series. The 2018 drama-history-mystery series ‘A Girl Named Jo’ features her in the starring role of ‘Jo Chambers.’ She also starred with Spencer Barbosa and Tehya Silbermann in the YouTube Red Originals comedy TV series ‘We Are Savvy’ (2016 – 2018). In 2018, Nickelodeon signed a talent deal with her that saw her starring in the TV comedy mini-series ‘Camp Nick’ that released in the US on June 16, 2019. Other screen features of Annie include films such as ‘Spring Breakaway’ (2019) and ‘Intern-in-Chief’ (2019), and the comedy series ‘Sunnyside Up’ (2019).

Making a name in Music

Annie started hogging the limelight for her musical endeavours on her TikTok handle, @annieleblanc. Her cover of the Maddie & Tae song ‘Fly’ ranked at #34 on the ‘Billboard Country’ songs chart, on September 9, 2017. The same year in November she came up with her first original song, ‘Ordinary Girl.’ The following month ‘Tiger Beat’ announced Annie’s first US tour to be held in early 2018. She released the single ‘Little things’ in February 2018, and in April she received the ‘Shorty Award’ for ‘Muser of the Year’. She then released a new pop country compilation album titled ‘Lollipop’ through ‘Heard Well’ on iTunes in early May 2018. It included her singles ‘Somebody’s Heart’ and ‘Photograph.’ She collaborated with Austin Brown and released her new song ‘Picture This’ in early June 2018. Her other singles include ‘It’s Gonna Snow’ (2018), ‘Play Nice’ (2019), and ‘Utopia’ (2019). In 2019, she won the ‘Choice Music Web Star’ award from ‘Teen Choice Awards.’ 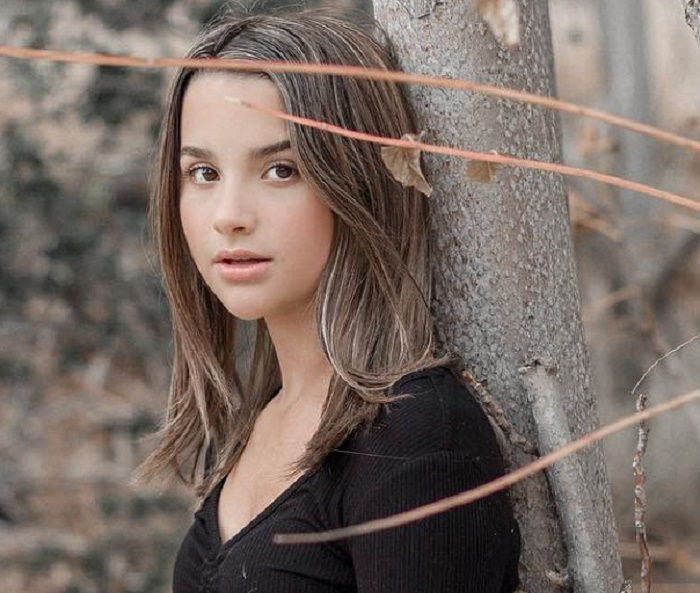 Annie is also taking baby steps in the world of business. She came up with her unisex bracelet line, ‘Annie LeBling’. In her website, Annie LaBling, the youngster expressed her passion for wearing bracelets and wrote that designs of her ‘Annie LeBling’ bracelets are simple and playful and these go along with almost everything. She eventually launched her rings collection as well and hopes to come up with more accessories in future.

Inside Story of Annie LeBlanc

Julianna Grace “Annie” LeBlanc was born to Billy and Katie LeBlanc on December 5, 2004, in Augusta, Georgia, US, while her father was stationed at Fort Gordon. Her two siblings include elder brother, Caleb Logan, and younger sister, Hayley.

Annie and her otherwise happy family went through a personal loss when her elder brother, Caleb Logan Leblanc, died at age 13 on October 1, 2015, after suffering from hypertrophic cardiomyopathy. The memorial service of Caleb was broadcast by his family on Facebook and Periscope. Talking about Caleb, Annie said in a 2018 YouTube video that she misses her brother’s smile the most.

Annie earlier lived with her family in Severna Park, Maryland. Her family later shifted to Los Angeles so that Annie can pursue acting and music. According to sources, she is being homeschooled. Growing up under the spotlight and coping with stardom is not quite easy for a teenager; however Annie has found a great companion and guide in her mother, who she is very close to and can count on for anything and everything. Annie unwinds herself by watching Netflix, playing with her dogs and hanging around by the pool in her backyard.

Speculations did the rounds for months on a probable romantic association between Annie and actor Asher Angel. Finally in May 2019, while featuring in a podcast of Zach Sang, Asher revealed that he is dating Annie. Asher and Annie met in 2017 during an event. They became close to each other after meeting again on the sets of Asher’s music video ‘Chemistry,’ in June 2018.