American production manager and producer Philip Joncas is better known as ‘Academy Award’-winning actor Allison Janney’s boyfriend. The two had started dating soon after working together in the movie ‘The Way Way Back’ in 2012. Equipped with degrees in digital media and film, Philip began working as a production coordinator and gradually worked his way up to become a successful production manager. Two of his noteworthy projects were the film ‘Nebraska’ and the TV special ‘Iliza Shlesinger: Confirmed Kills.’ He is also a skilled photographer, a painter, and a freelance web designer. His relationship with Allison, who is 20 years older than her, is quite serious, though marriage may not be on the cards. Philip is not too active on social media. 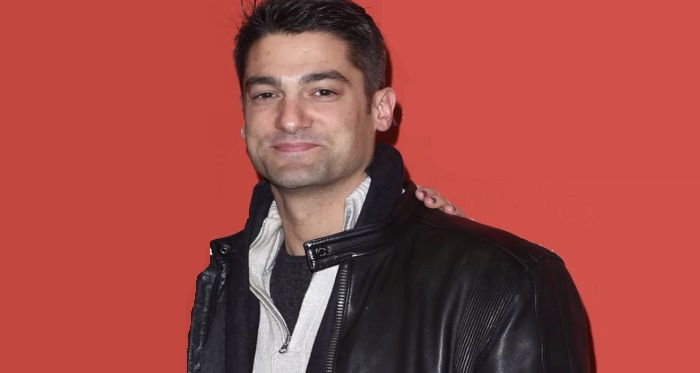 Philip Joncas was born in the city of Lowell, Massachusetts, U.S. The exact date of his birth is not known.

He graduated with a BA degree in art (majoring in digital media) from the ‘Catholic University of America’ in Washington, D.C.

Following his graduation, Philip began working as a production manager with the ‘U.S. Department of Homeland Security.’

Soon, he started gaining interest in arts. He joined the ‘Corcoran College of Art and Design’ and obtained a certificate in digital media in films. 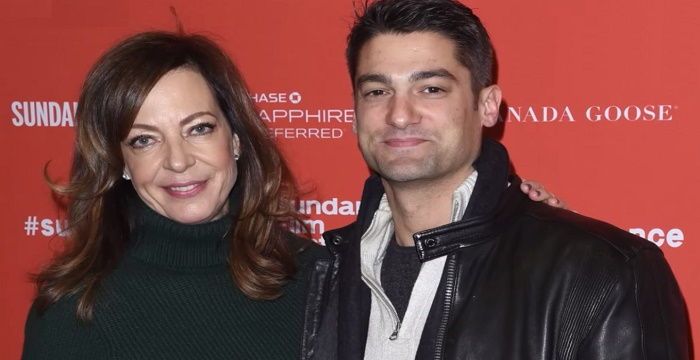 He then joined the ‘Minneapolis College of Art and Design.’ In 2009, he graduated with a post-baccalaureate degree in film and video animation from the institute.

Following this, he worked as a production manager and coordinator for numerous TV series and films. He now lives in Los Angeles.

His Rise as a Production Manager and Producer

Philip Joncas has been working as a freelance production manager in the American entertainment industry for a long time. He began his career in the industry as a content coordinator for the TV movie documentary ‘Holy Grail in America’ in 2009. 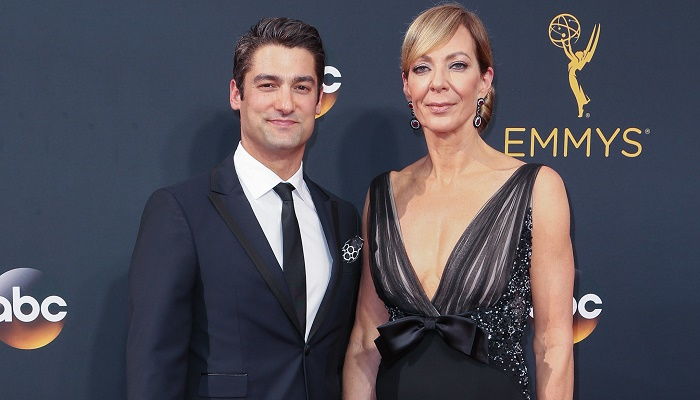 Phillip Joncas came under the media spotlight in 2015, when American actor Allison Janney kissed him after receiving an ‘Emmy Award.’ Allison had won the ‘Emmy’ for “Outstanding Supporting Actress in a Comedy Series” that year, for her stellar performance in ‘Mom.’ 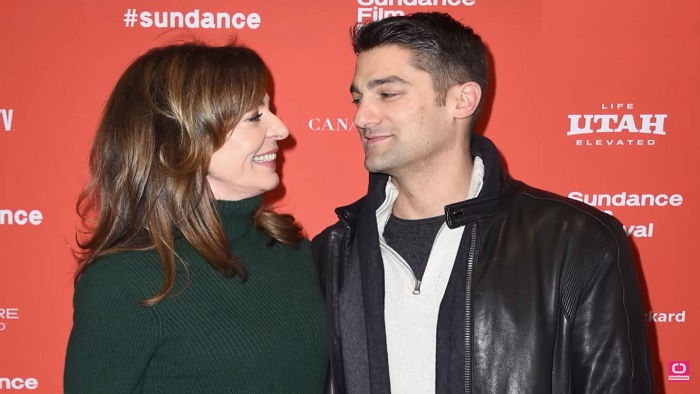 One of his most notable projects is the ‘Netflix’ TV special ‘Iliza Shlesinger: Confirmed Kills’ (2016). He worked as a production supervisor in the project.

He is also a talented photographer and painter. He works as a freelance web designer, too, and has a creative design website, www.pjoncasstudios.com.

Allison, who is rumored to be 20 years older than Philip, is the winner of an ‘Academy Award’ (for ‘I, Tonya’ in 2017) and seven ‘Primetime Emmy Awards.’ 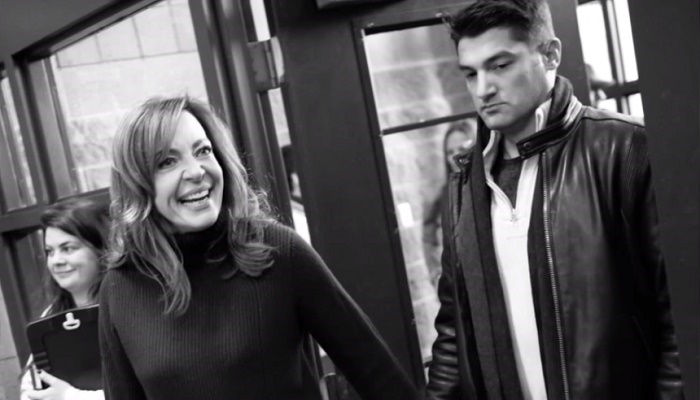 Not much is known about when exactly they had met for the first time. In a 2016 interview to ‘E!,’ Allison confessed that she had been dating Philip for “about a year” back then. She also described him as “pretty handsome.”

However, it is believed that they had met back in 2012, when they worked together in the movie ‘The Way Way Back.’ The project, which had Allison playing ‘Betty’ and Philip working as a production coordinator, released the following year.

Rumors suggested that they had started dating. Their debut public appearance was said to be at the premiere of the film ‘Minions’ on June 11, 2015, in London. 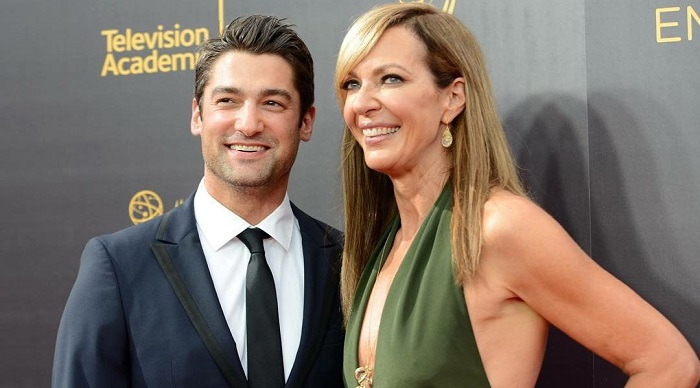 However, they had been clicked together at the ‘Critic’s Choice Television Awards’ back in 2014. The photo showed Philip kissing Allison on her cheek, while she smiled at the camera.

Though they are quite serious about each other, it is unlikely that they would get married soon, as Allison had once revealed that she had no faith in the institution of marriage.

Was Philip Joncas Married Before?

It is believed Philip Joncas was earlier married to a woman named Amy von Walter. They had apparently walked the aisle on August 22, 2009, in Minnesota. 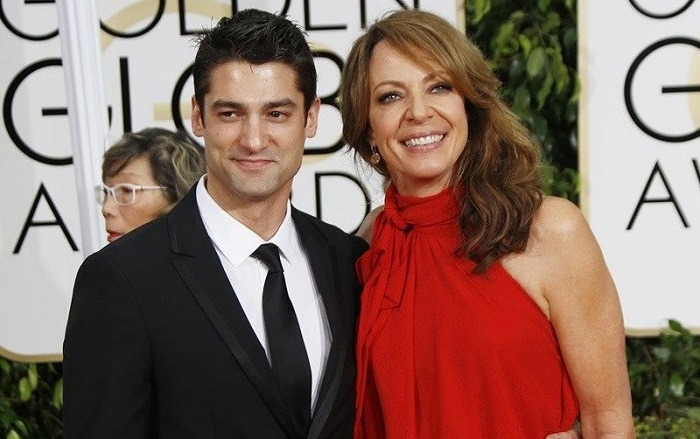 However, the couple split later. Some of their engagement photos can still be found on a blog that dates back to 2009.

Allison, on the other hand, was previously engaged to be married to actor Richard Jenik. They got engaged in 2004 but split in November 2006.

Philip Joncas is not too active on social media. He is apparently present on ‘Instagram,’ but his account, “pjoncas,” is private and has just a little over 100 followers. The account, however, is not verified. There is a profile bearing his name on ‘Twitter,’ which has just 67 followers. A second account on the platform, which states it is the “Official account of Philip Joncas,” has just 15 followers.