Iyanna Mayweather is an American socialite, Instagram star and model who is best known as the daughter of legendary boxer, Floyd Mayweather Jr., and businesswoman, Melissa Brim. While she briefly trained in boxing with her father, her mother also trained her in business hoping that she would become the CEO of Mayweather Promotions in the future. However, she recently received much media attention for her toxic relationship with rapper NBA YoungBoy and even got arrested following a fight with one of his former girlfriends. 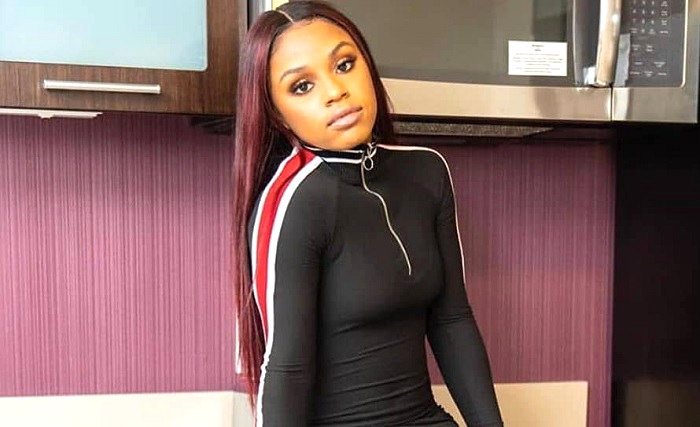 She Is the Daughter of Floyd Mayweather

Iyanna Mayweather, also known as Yaya, was born on May 20, 2000, in Las Vegas, Nevada, United States, to Floyd Mayweather Jr. and Melissa Brim. Her father is a professional boxing promoter and former professional boxer who retired with an undefeated record, while her mother is a businesswoman and television star. Her parents had a chance meeting in a Las Vegas casino in the late 1990s when her mother was struggling as a single mom. He reportedly helped Melissa with her then-eight-month old son from a previous relationship. The two began dating soon after and Melissa became pregnant with Iyanna in the latter half of 1999.

Her Parents Had a Violent On-and-off Relationship

Iyanna Mayweather’s parents, who never married, had an on-and-off relationship which often took violent turns. In 2000, he physically abused her twice, once by knocking her with a car door and another time by punching her in the neck in a mall. They eventually stopped talking, but he continued to support his child with her. They reconnected about five years later after he apologized, and they began co-parenting Iyanna as close friends. He gave her a house and a car, and also helped her set up a boutique shop in Las Vegas. 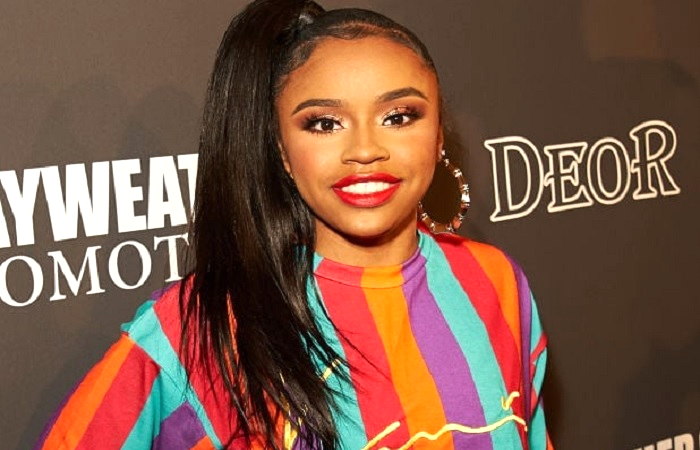 She Has Several Step-Siblings

She is the only child of Floyd Mayweather Jr. and Melissa Brim, and his eldest daughter. However, she has four step-siblings from her parents’ other relationships. She has a step-brother named Devion Cromwell from her mother’s side. She also has two step-brothers, Koraun and Zion, and a step-sister, Jirah, from her father’s relation with his former girlfriend Josie Harris.

Iyanna Mayweather is an Instagram star with 1.2 million followers and is also a social media model. She had signed a sponsorship deal with the popular clothing brand FashionNova to promote their products on her social media. However, she has been less active on Instagram due to her personal issues, and even deleted her posts a few times in the past for various reasons. Her Instagram profile now only has two of her old posts from early 2019 dedicated to her then-recent boyfriend, NBA YoungBoy.

Her Father Gifted Her a Costly Car on Christmas

Her father Floyd surprised her in December 2019 by gifting her a Mercedes Benz G63 for Christmas. He also shared a picture of the car, which costs over $150,000, on his Instagram and tagged Iyanna in the post. She was shocked and pleasantly surprised, and shared her excitement in her Instagram story. However, she was not the first of her siblings to have received such a lavish gift. Her father, nicknamed ‘Money’, who himself owns a fleet of luxury cars, previously gifted Mercedes C-Class Coupe worth $45,000 to his two sons Koraun and Zion in 2015 and 2017 respectively. 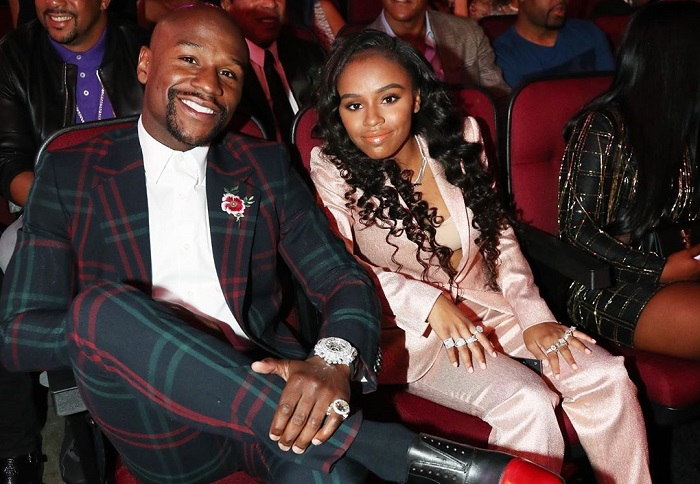 She Was in a Relationship with Rapper YoungBoy

Iyanna Mayweather was in a relationship with 20-year-old American rapper Kentrell DeSean Gaulden, better known as YoungBoy Never Broke Again or NBA YoungBoy, who has at least five children from four different women and has been charged with attempted first degree murder. The two first gained public attention in early 2019, but had a rocky relationship from the start. There were rumors of breaks ups in between as he simultaneously kept in touch with the other women in his life, which has caused much drama in their affair, and has even led to legal issues.

In early December 2019, NBA YoungBoy, who was under house arrest for violating his probation, released a diss track titled ‘Dirty Iyanna’, based on Michael Jackson’s hit song ‘Dirty Diana’. The track, clearly aimed at his former girlfriend Iyanna, had added lyrics describing how she slashed the tires of his car, which he had previously alleged. He also showed a masked woman doing the same in an accompanying video. However, Iyanna apparently was not too worried about the diss track. By the end of the month, she posted a video on Instagram in which she and her mother could be seen laughing, dancing to the song and singing along. The couple also had a chat in the comments, proclaiming their love for each other, hinting towards a patch up. Interestingly, this was not the first time he released a song mentioning an ex. In a previous unreleased track titled ‘Truth About Herpes’, he had alleged that his ex-girlfriend Jania gave him the sexually transmitted disease. 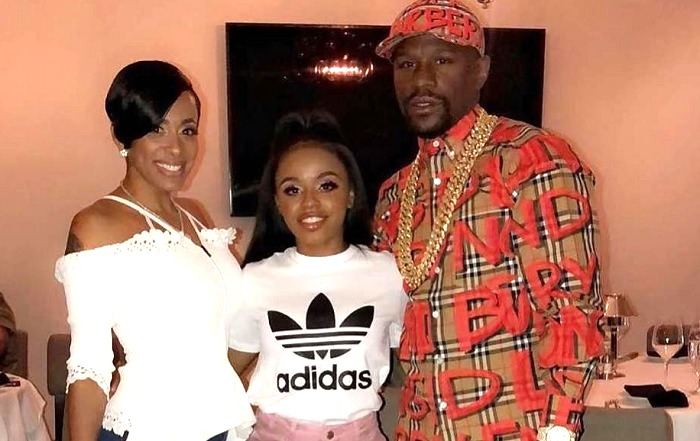 Iyanna Mayweather started the new year, 2020, with an Instagram post of herself with her phone at her ear, sporting a diamond ring in her finger, with the caption: “Zoom in! When you call your fiancé for any small inconvenience”. This was a sudden turn considering her recent break-up with rapper YoungBoy, and prompted some followers to question the truthfulness of the claim, mentioning that the ring was on the wrong hand. Moreover, YoungBoy did not open up about the rumor.

In early April 2020, Iyanna Mayweather was arrested for aggravated assault with a deadly weapon after she charged at a woman with knives at her boyfriend YoungBoy’s home. It was later revealed that the woman was Lapattra Lashai Jacobs, who previously had a relationship with YoungBoy and has at least one child with him. Apparently, they had an altercation after Iyanna found her there and asked her to leave, which eventually led to a physical fight in the kitchen. Iyanna, who told the police that she never met Jacobs before, was taken to Houston’s Harris County jail and could reportedly face up to 99 years of jail term. YoungBoy was also temporarily cuffed in front of his house as a precaution after police arrived. Iyanna was later released on a $30,000 bail and ordered to stay at least 1,000 feet away from Jacobs. Jacobs, who was hospitalized with injuries following the incident, later showed her arm in a cast on social media and opened up about her plight, including depression. 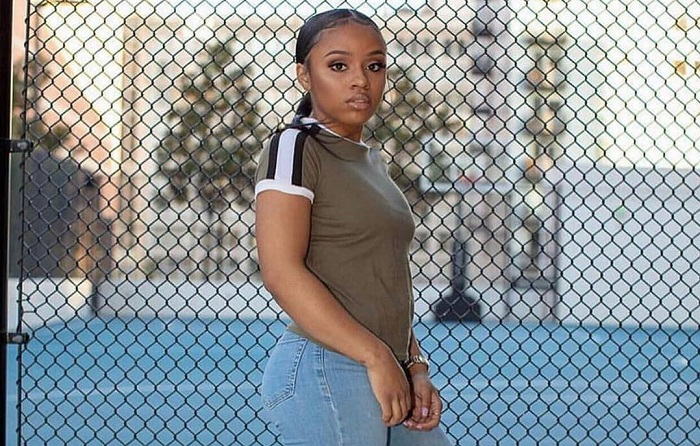 Iyanna Mayweather had previously disabled her Instagram temporarily after being trolled for posting a video showing how NBA YoungBoy ‘managed’ stress and anger. While she was back online soon again, in July 2020, she deleted most of her posts on the platform shortly after YoungBoy shared a video with his followers showing him cuddled up in bed with an unknown woman. Later in August, she shared a picture of her feet wearing shoes from YoungBoy’s ‘Never Broke Again’ brand, without clarifying whether it is to show love or to ‘trample’ him, figuratively.