Peyton Coffee is a budding American social-media star, also known as the daughter of ‘TikTok’ sensation Jason Coffee. Peyton rose to fame with her initial appearances in her father’s ‘Vine’ clips, before the app was taken down. She loves making slime videos with her father and is also fond of creating dance and lip-sync videos on ‘TikTok.’ Along with her father; her mother, Chassy; and her brothers, Caleb and Isaac, she often appears as part of the family’s online content. One of the most popular online content creators from Hawaii, she is also friends with many young social-media stars of her generation. Though people often tend to confuse her with American actor and model Peyton List, she is making her mark as a social-media phenomenon and has a promising future as an entertainer.

Peyton Coffee was born on January 28, 2004, in California, United States. She spent her early years in Kansas City, Missouri. Later, the family moved to Hawaii, United States, and they currently stay there. 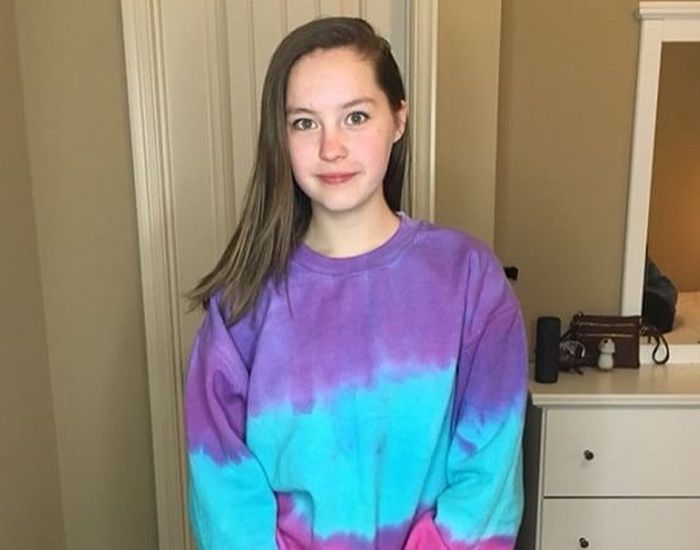 Peyton’s father, Jason Coffee, is a popular ‘TikTok’ and ‘Vine’ star. Jason is from Sacramento, California, and later moved to Hawaii.

Their family pseudonym, “Coffee,” probably originates from the fact that Jason worked in the coffee industry since 2002 and is also fond of the beverage. He worked with ‘Starbucks’ before venturing into the social-media arena. Jason features his family in his videos. He had joined ‘Vine’ in January 2013, as soon as the app was launched.

Peyton’s mother, Chassy, was based in Colorado. Though she is not as active on social media as the rest of the “Coffee Clan,” she often posts about her family on her ‘Instagram’ account. Jason and Chassy got married on April 28, 2003.

Peyton’s younger brother, Caleb, is a social-media prankster who is popular as part of the family’s social-media content. He also has his own ‘TikTok’ account, “calebcoffee.” He began his stint on social media with appearances on his father’s ‘Vine’ profile in 2013.

Isaac, Peyton’s older brother, too, appears in their father’s videos. He is a skilled singer and guitarist and would often post clips of his performances on his ‘Vine’ account (before the platform went defunct). Some sources mention that Peyton also has a sister named Ashly.

Many of her fans wonder if Peyton has a twin. People often confuse her with actor Peyton List, who has a twin brother named Spencer. However, Peyton Coffee does not have any twin brother or sister.

Peyton Coffee began her social-media career by appearing in her father’s ‘Vine’ clips in 2013. She launched her own ‘Vine’ account later and gained significant fame. She earned more than 60 thousand followers on the platform before it was shut down. Her last ‘Vine’ video was posted in July 2015.

Peyton, following in her father’s footsteps, became a ‘TikTok’ (musical.ly) star later. It is believed her friends suggested that she should be on the platform just like her father. Her lip-sync and dance videos soon made her a hit on the app. On December 16, 2018, Peyton became one of the youngest ‘TikTok’ stars in Hawaii to have gained over a million followers on the platform. She and fellow social-media star Aaron Doh appeared in her father’s ‘TikTok’ video titled ‘Pee buddies!?!?’

She launched her self-titled ‘YouTube’ channel on July 26, 2014. She has already gained over 41 thousand subscribers on the platform, in spite of the fact that the channel does not showcase any videos as of now.

Her ‘Instagram’ account, “peytoncoffee,” has earned her more than 855 thousand followers. She is also present on ‘Twitter’ since September 2013 but is not too popular on it. She has posted just eight “tweets” and has 263 followers on the platform.

One of her most-watched videos was ‘WILL IT SLIME??? – COFFEE SLIME!!! – SLIME CHALLENGE,’ which showed Peyton Coffee making slimes with her dad. The video was uploaded on Jason’s ‘YouTube’ channel on April 26, 2017. It has managed to gain more than 305 thousand views to date. Peyton is managed by Jason.

She often wears glasses and is known for her expressive eyes, lean built, and pierced nose.

She loves playing ‘Fortnite’ but is not too fond of other video games. She loves watching the TV series ‘Stranger Things.’ She enjoys watching TV shows more than movies. She is extremely fond of cows.

She enjoys painting and is quite good at it. She is fond of all dance trends on ‘TikTok.’ Her favorite app is the ‘iMessage’ app.

Peyton is friends with other social-media stars such as Sarah Graysun, Cash Baker, Josh Richards, Paige Mackenzie, and Mychael.