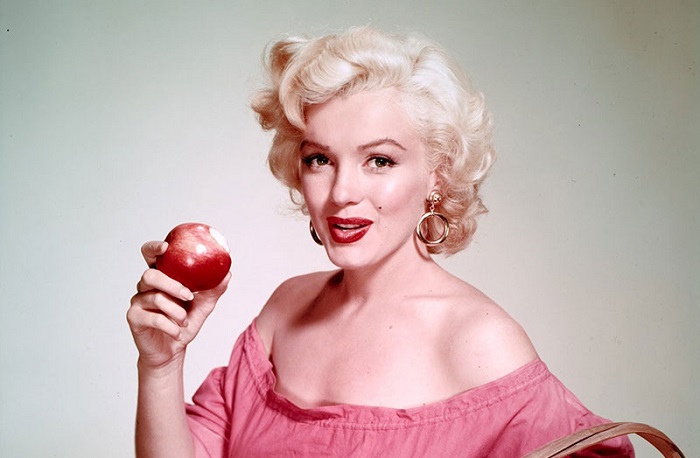 Marilyn Monroe is one of the best examples of a connotative term, as the name is enough to imprint an image of hers in our minds. We are all familiar with this graceful actress as she ruled Hollywood for decades, with her movies garnering huge profits at the box office. Even today, she remains to be one of the most iconic figures of the film industry. Till date her fan following is on the rise and her fame will never fade away.

However, the world only knew about her through the lenses of the camera and it was after her sudden death that the masses could penetrate through the superficial veil and know this sensual actress better. She was famous and at the peak of success but her inner self was disturbed, so much so that this accomplished performer was even undergoing psychiatric treatment. Many such facts about the talented actress will certainly give you a jerk and bring you in contact with a whole new person.

1. She owned a film production company called the ‘Marilyn Monroe Production’. She is second in the list of women who have a production house to their credit. 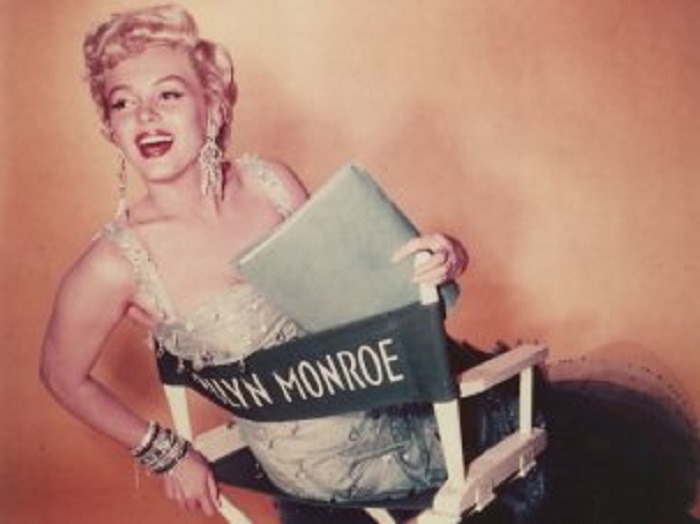 2. Monroe was a student of the ‘University of California, Los Angeles’, where she studied history as well as literature. 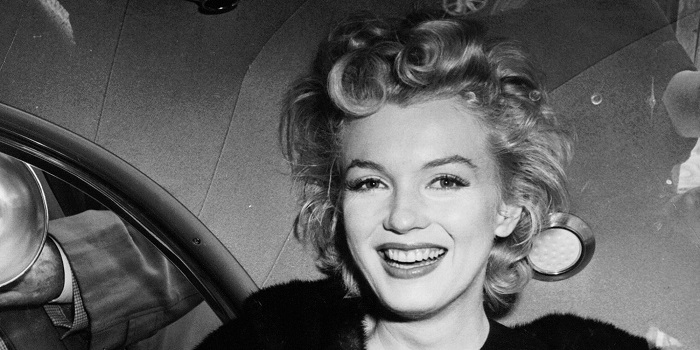 3. She enjoyed cooking and was great at that. Her recipes were complicated but what was churned out was undoubtedly mouth-watering. 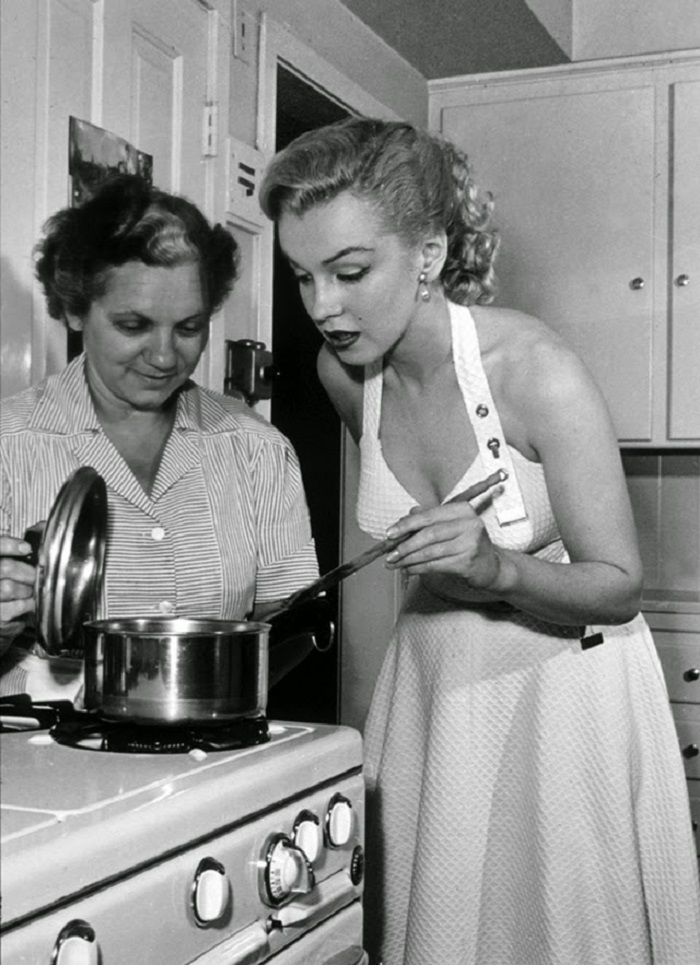 4. As a child she used many surnames such as Mortensen, Baker and Mortenson. The diva was also known by different names like Mona, Zelda, Faye and Norma Jeane. 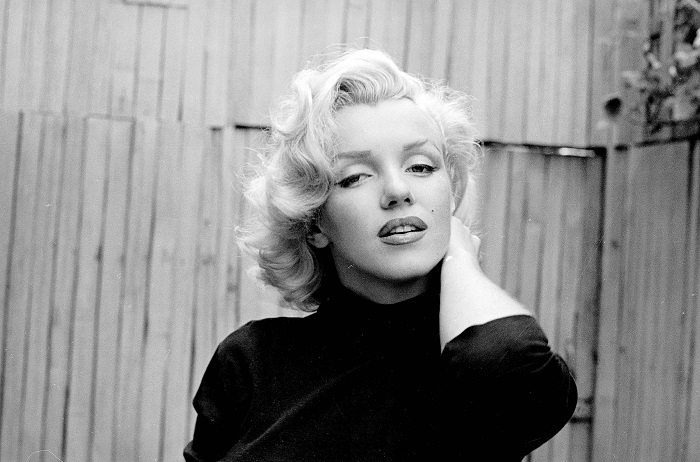 5. The elegant star had a deep love for books and the one she was reading before her death was ‘To Kill A Mockingbird’ by Harper Lee. 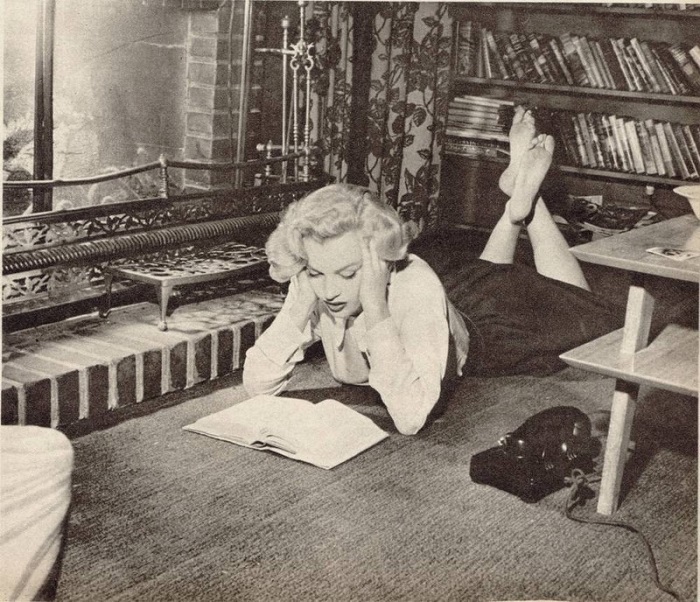 6. Before her encounter with photographer David Conover, who gave her the exposure she needed, Marilyn was employed at the ‘Radioplane Munitions Factory’. 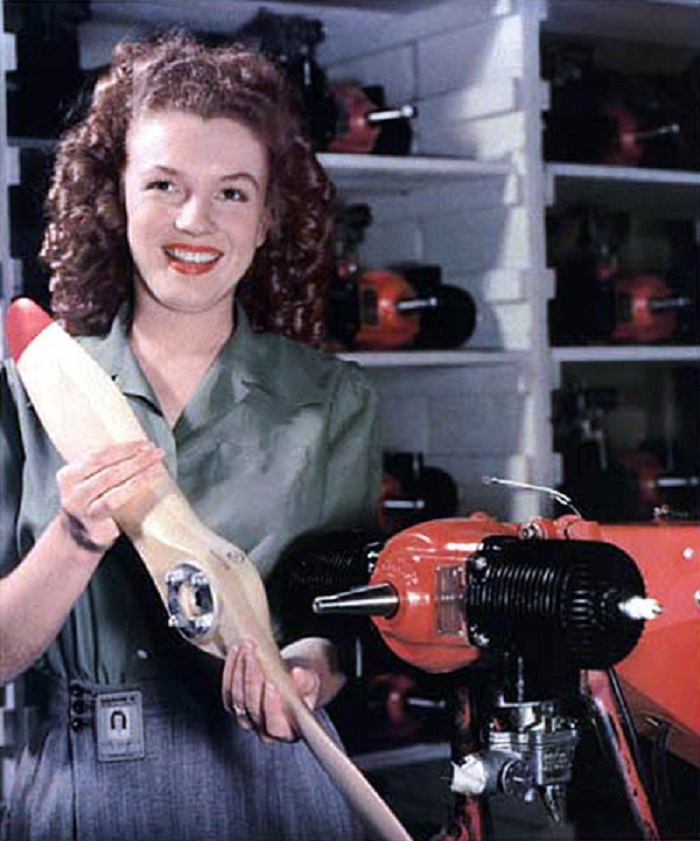 7. This renowned actress never earned an Oscar but she was crowned the ‘Oomph Girl’, ‘Miss Cheesecake’ and ‘The Most Advertised Girl in the World’. She was also the first one to be bestowed with the ‘Miss Artichoke Queen’ title. 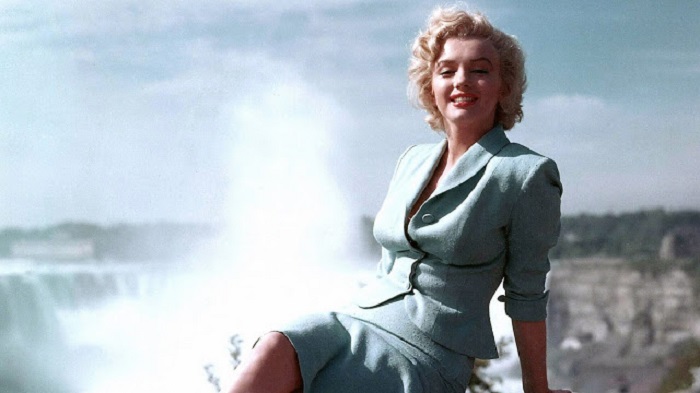 8. The blonde beauty had a soft corner for animals and as a child she owned a pooch which she called Tippy. This name was used in the movie ‘Something’s Got to Give’ but the movie never reached completion. Monroe was gifted a Maltese terrier by singer Frank Sinatra and the actress called it Maf. 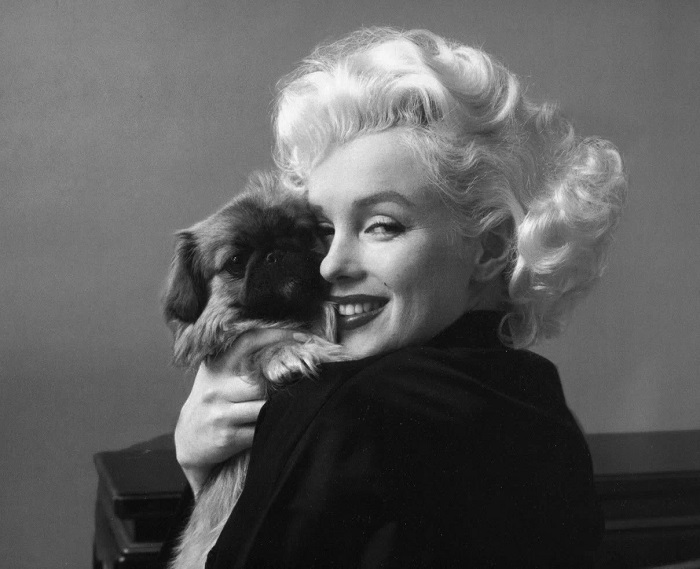 9. She was beauty with brains and in a discussion with director Joshua Logan she proved with her propositions that ‘brilliance’ and ‘intelligence’ did not have any direct correspondence with education. 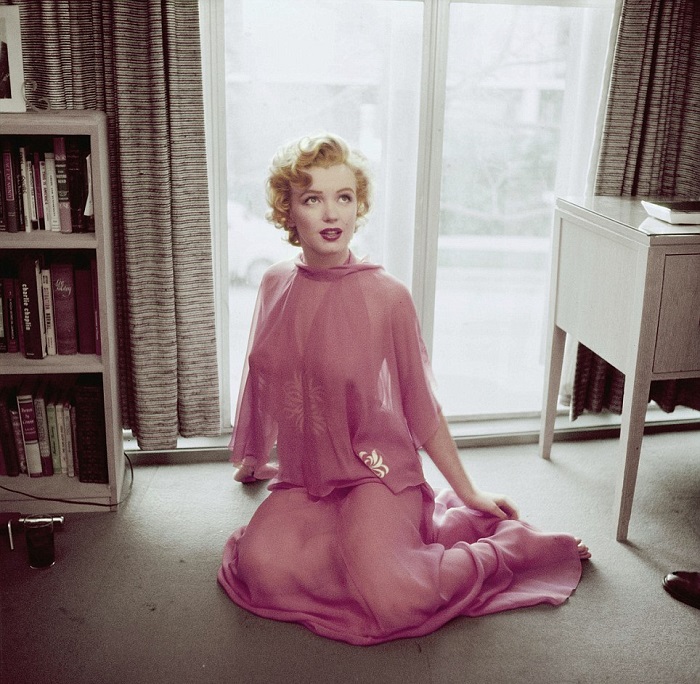 10. With the massive attractiveness that she possessed, Monroe had an ascending fan following. But little did people know that she too was a follower of some and those included music maestros such as Beethoven, Mozart, Louis Armstrong and Ella Fitzgerald. 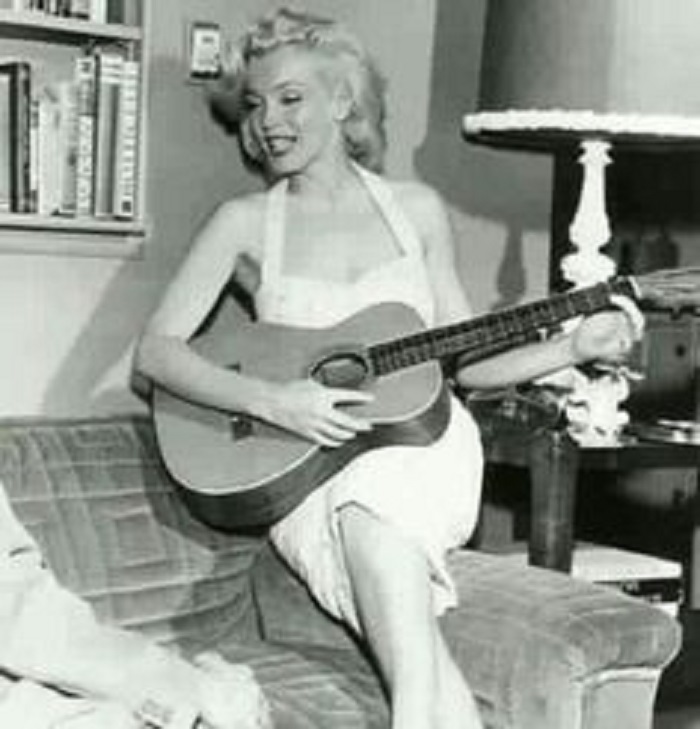 11. As already mentioned she was a bibliophile and she stacked her library with around 400 books and many of them were the first editions. 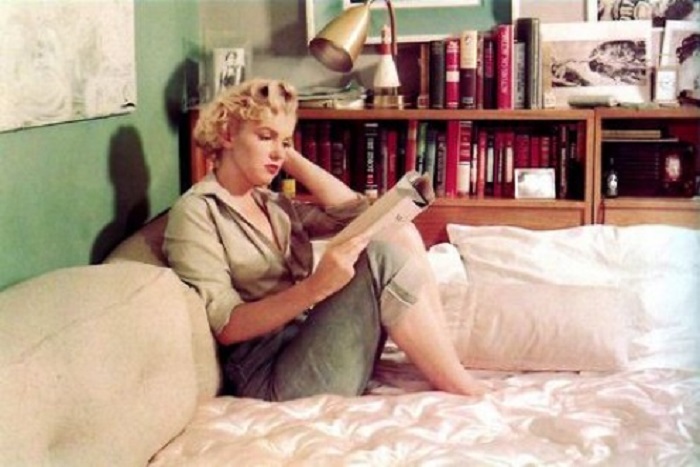 12. The horizon of her religious views was far-fetched and though she was born into a Christian family, later in her life she converted into Judaism. For her, religion however was more of introspection into oneself rather than a rigid set of beliefs. 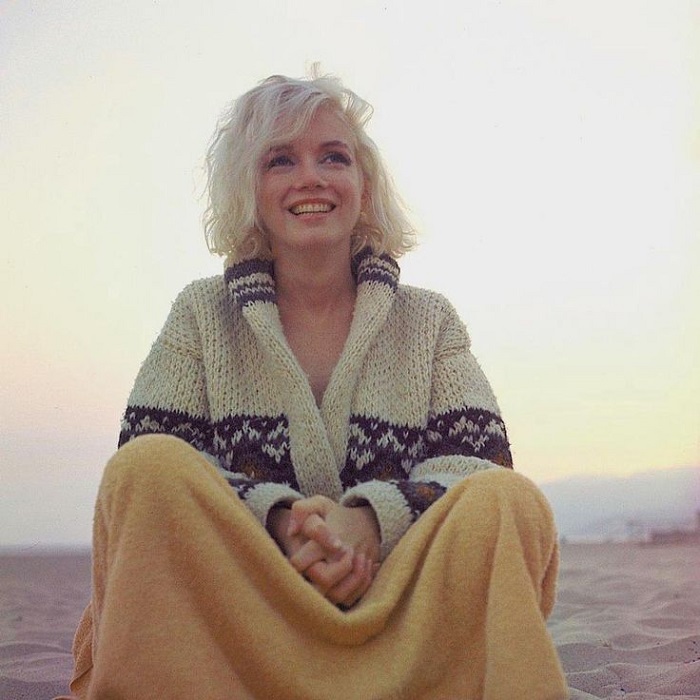 13. The successful lady had a turbulent childhood and spent more of it at foster care. Her mother suffered from a mental illness and her father was an unknown figure to her. But, as she grew up, she wanted to have her own child and shower the baby with all the love she could. 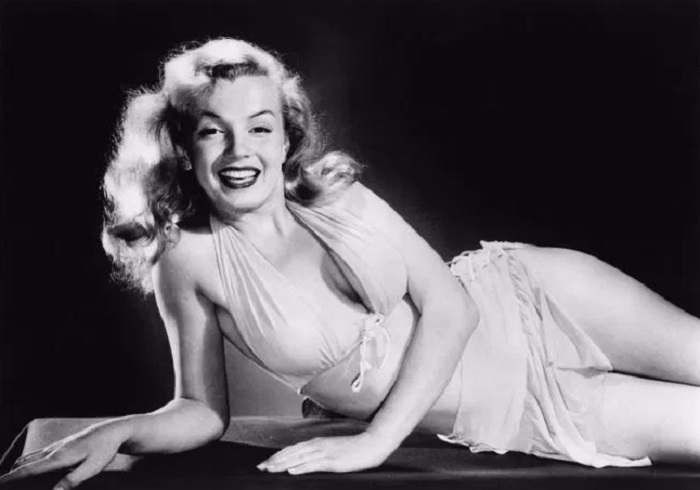 14. Marilyn Monroe had signed a deal with the ‘Fox Entertainment Group’ to star in two movies worth one million, but sadly four days after the contract, she was found dead in her residence, and the movies were never made. 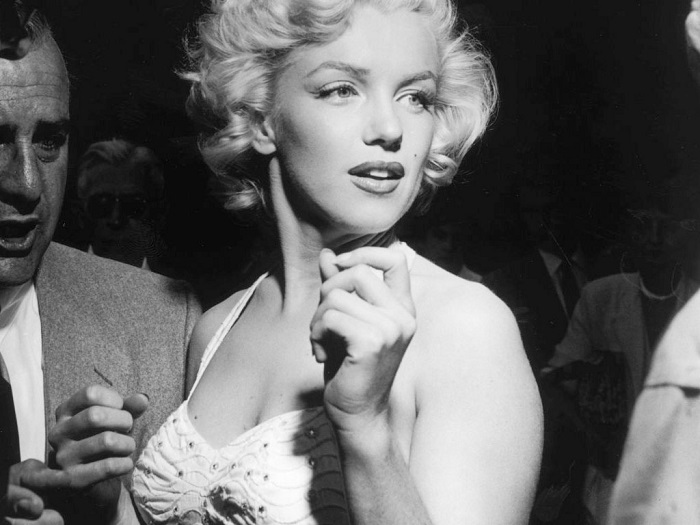 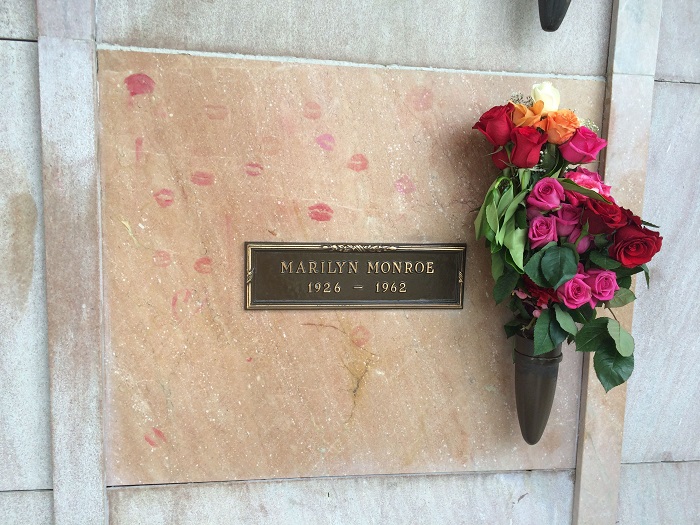 Check out these photographs that serve as snippets from this gorgeous star’s life.