Although the republic of Pakistan was formed rather recently, in 1947, the nation’s history boasts of many eminent men who have made their country proud. The finest example is Mohammed Ali Jinnah, who is the founder of the nation and a father figure to many in the nation even today. However, over the years, several individuals from around the world have proved their mettle in various fields, such as sports, science as well as art, not just politics. This list is a compilation of 20 such eminent names from the nation who are recognized globally. Their lives have been a source of inspiration as well as a subject of curiosity for many across the world. Their views and actions have also greatly influenced millions of their avid admirers across the nation. For those of you who recognize only a few famous names from Pakistan, this piece will give you a better insight of the many gems produced by this nation. 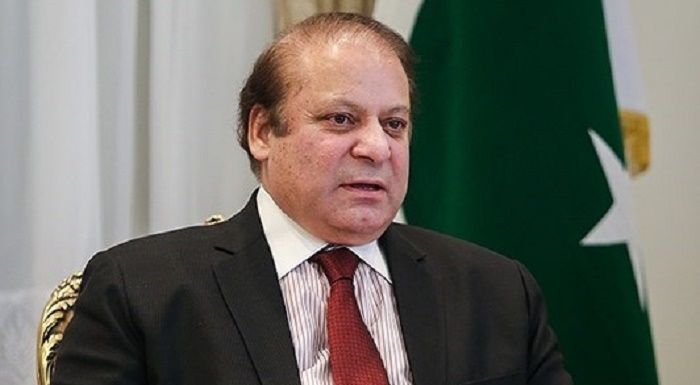 The current Prime Minister of Pakistan is undoubtedly one of the most influential politicians the country has ever produced. After serving a third term as the premier, which spanned two years, Sharif was overthrown because of a military coup. However, the maverick politician bounced back with a thumping victory in 2013, piping out the other hot favorite—former cricketer and politician Imran Khan. Sharif features in various lists including those like ‘Wealthiest people from Pakistan’, ‘Influential people from Pakistan’ and ‘Famous people from Pakistan’ on several occasions. 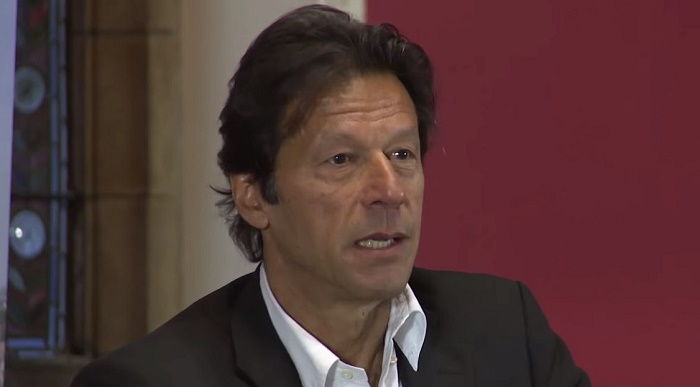 It wouldn’t be wrong to refer to Imran Khan as the international face of Pakistan. After capturing the hearts of the masses with his cricketing prowess, the dashing man turned towards politics. His party, christened ‘Tehreek-e Insaf’, was a hot favorite during the last general elections and many believed Imran would emerge as the Prime Minister, but lost the battle to Nawaz Sharif. ‘Globalpost’, a renowned media source had mentioned him in the list of top nine leaders in the world, in 2012. 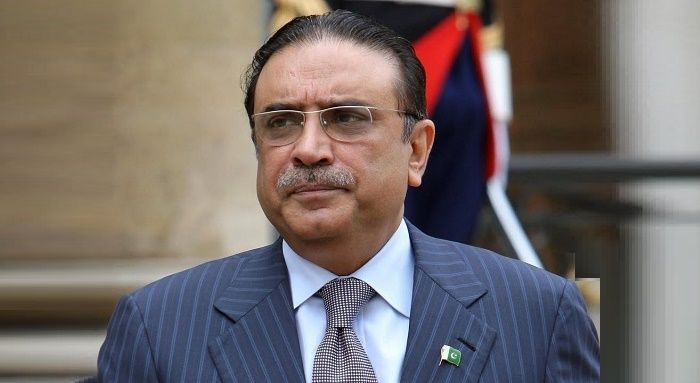 Zardari rose to fame after marrying former Prime Minister of Pakistan Benazir Bhutto, who was known to be one of the most influential women in the entire world. Obviously, being the spouse of the renowned politician made Zardari a powerful man too. He is currently the chairperson of the renowned political outfit ‘Pakistan’s People Party’ and had also served the nation’s president for a period of five years. 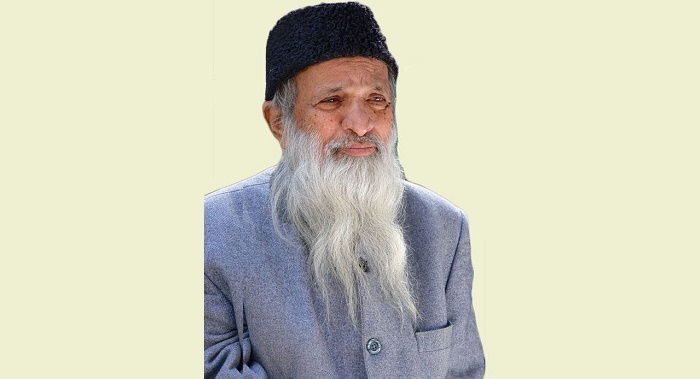 Apart from politicians, cricketers and names from tinsel town, philanthropist Abdul Sattar Edhi is also quite popular amongst people of Pakistani descent. His simplicity and humility has won him a lot of admiration from both the commoners as well as the elite sections of Pakistan, which includes several politicians. His contribution towards humanity has helped Edhi earn several honors such as the ‘Ramon Magsaysay Award’, ‘Balzan Prize’ as well as the ‘Lenin Peace Prize’. It is believed that the government of Pakistan has even recommended Abdul Sattar for a ‘Nobel Peace Prize’ for his contributions towards humanity. 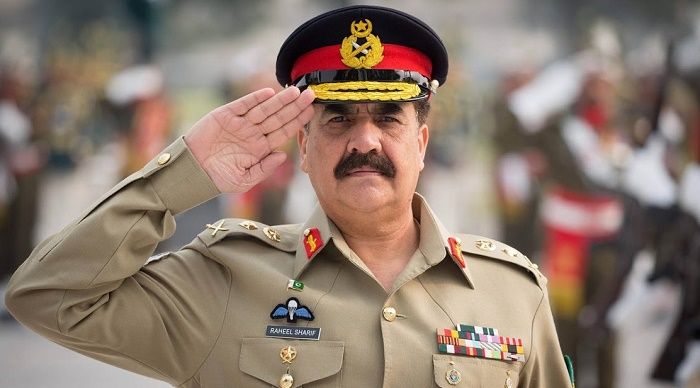 Raheel, who is serving as Pakistan’s chief of Army staff is no less influential than any political leader or an immensely wealthy man from the nation. The role of defense forces in the nation’s administration is known to many, which speaks volumes about why a person of Raheel’s cadre is lauded by the country. Sharif has been constantly helping the government take stringent measures against terrorist outfits plaguing Pakistan. His tremendous contribution towards the nation has earned Raheel several medals and also the renowned ‘Legion of Merit’ award from the United States. 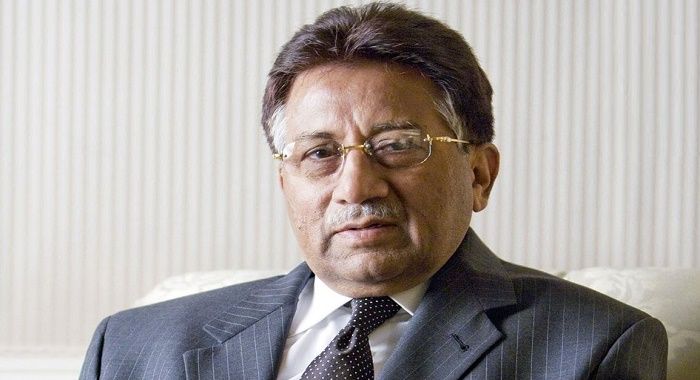 The power of Pervez Musharraf could be judged by the manner in which he planned a coup against Nawaz Sharif. Musharraf even went on to overthrow the mighty Sharif and even placed the latter under house arrest for quite a significant period. Musharraf is also said to be the mastermind behind the bloody ‘Kargil war’ of 1999, involving India and Pakistan. The battle claimed thousands of lives of soldiers from both sides. He has served in various esteemed designations, including that of the ‘Chief of Army Staff’ as well as ‘Minister of Defense’. 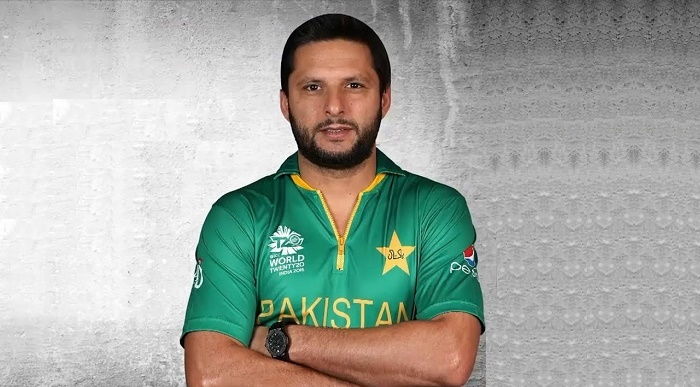 The dashing Pakistani cricketer known for his swashbuckling knocks and clever bowling continues to be the poster boy of cricket in his country. He is a source of inspiration for many budding sportsmen in the country and was lauded by millions for his efforts as a captain of the national cricket team. The life of the cricketer was also adapted for celluloid and the flick was named ‘Main Hoon Shahid Afridi’ (which translates to ‘I am Shahid Afridi’). 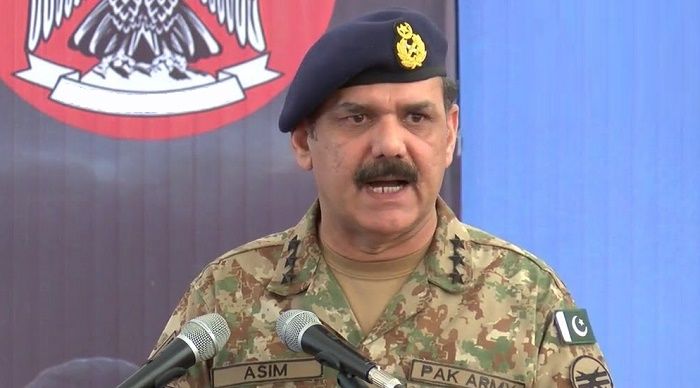 When the nation’s army has to make crucial decisions, Bajwa is relied upon heavily. He boasts of thousands of followers online and updates his views on the nation through social media platforms, which is admired by many. 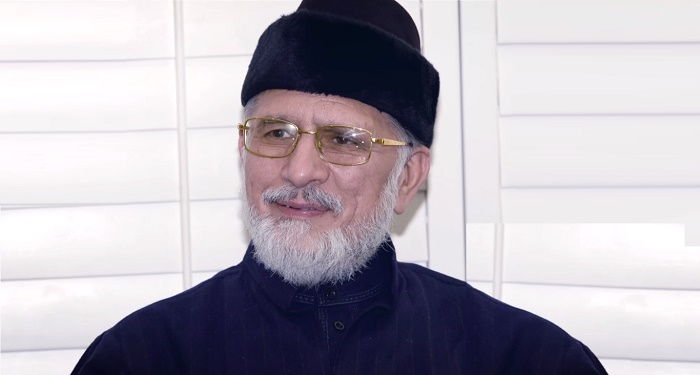 His immense knowledge of philosophy and strong personality has earned this intellect immense respect amongst the Pakistani masses and the political circles of the country. During the recent times, his involvement in various political agitations grabbed the attention of various media sources. Dr. Qadri is remembered by many for being the founder of the social development initiative named ‘Minhaj-ul-Quran’, which is fighting towards the eradication of many issues plaguing Pakistan currently. 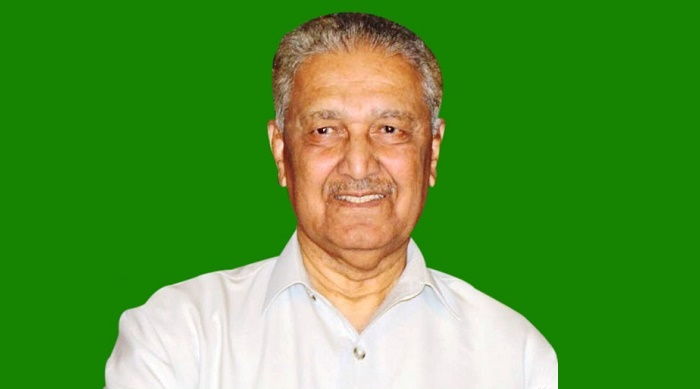 This scientist is one of the few eminent individuals who played a big role in helping Pakistan realize its nuclear dream. The ‘Kahuta Research Laboratories’, which he founded in 1976, has greatly helped Pakistan in becoming a strong military power. Apparently, it is under Dr. Abdul’s guidance that the atomic bomb development plan of the Pakistan took wings. Now, doesn’t that speak volumes about how important this man is to his country? 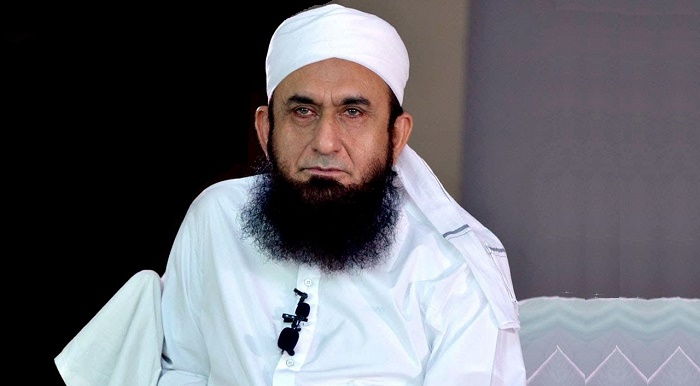 In most countries for that matter, the person who upholds orthodox religious values has been respected by the citizens. In this regard, Maulana Tariq Jameel is no different. Jamil’s spiritual views have apparently influenced several people, including celebrities like actress Veena Malik and the legendary Imran Khan in a positive way. It is believed that a political agitation planned by cricketer turned politician Imran Khan took a peaceful turn following Maulana’s advice. A book had mentioned that Tariq Jameel is currently one of the greatest orators of Pakistan. 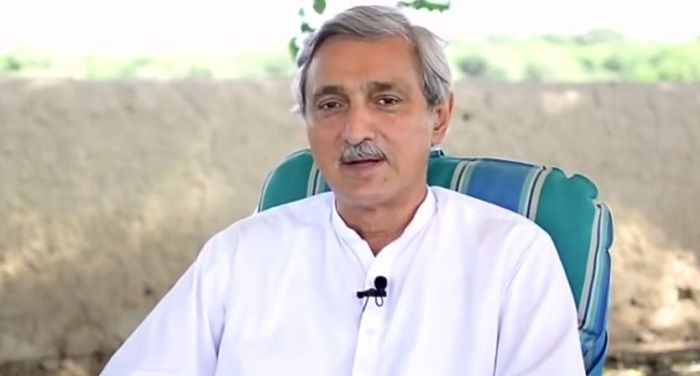 Apart from its founder, former cricketer Imran Khan, this man is political outfit Tehreek-e-Insaaf’s pillars of strength. His presence in the party has helped in cementing its position as a powerful political outfit of Pakistan. The well-educated Tareen has been involved in various public service roles for almost two decades now and has also served as the country’s ‘Minister of industries, Production and Special Initiatives’. 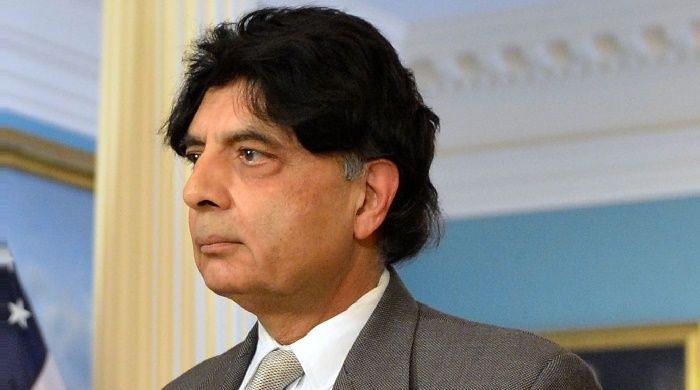 To all those who follow politics closely, this man needs no introduction, such is the popularity of Chaudhry Nisar Ali Khan. Currently the ‘Interior Minister of Pakistan’, Nisar is well known for being elected to the National Assembly on eight occasions, which isn’t a feat achieved by many. He has achieved many political milestones such as being appointed as the country’s ‘Federal Minister of Food, Agriculture and Livestock’ as well as several others. 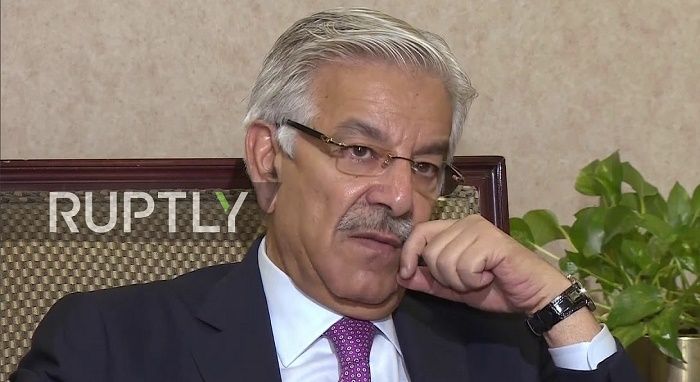 A member of the esteemed ‘Pakistan Muslim League’, Khwaja Asif is the man who revolutionized the banking sector of the country by paving the way for privatization. He is currently serving as the ‘Minister of Water & Power’ and he has also been appointed of the ‘Minister of Defense’. 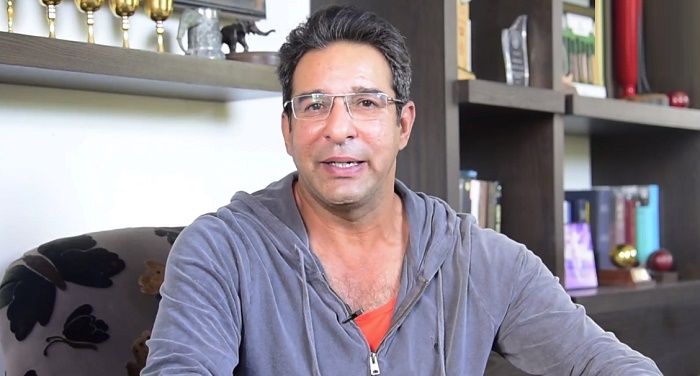 Akram is undoubtedly one of the few gems of Pakistan’s world of sports and is hailed as one of the greatest cricket players the world has ever seen. Apart from being a bowling wizard who turned the tables for Pakistan on many occasions, Akram is also widely remembered for his leadership abilities. He was even applauded for guiding Pakistan to the grand finals of the ‘1999 ICC Cricket World Cup’. 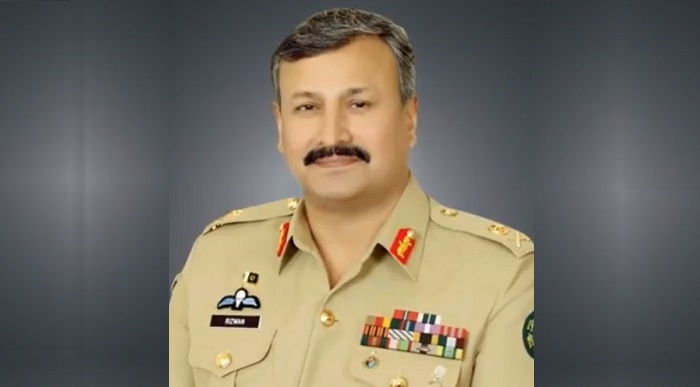 The role of ‘Inter-Services Intelligence’ also famously known as ‘ISI’ in Pakistan’s national security and administration is a known fact. Hence, this makes General Rizwan Akhtar, its Director General one of the few influential people in the country. Rizwan has been contributing greatly towards the country’s security for more than three decades now. 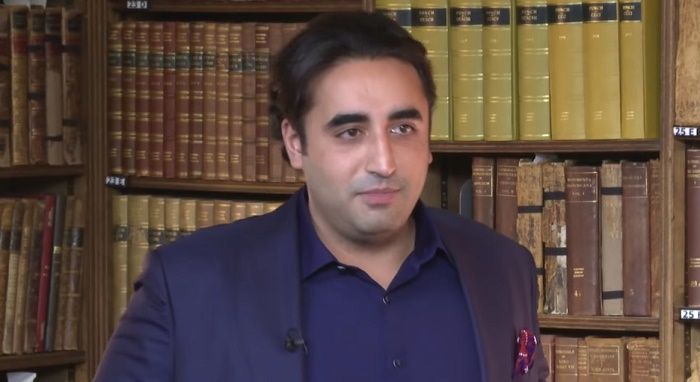 Being the son of iconic politicians like Benazir Bhutto and Asif Ali Zardari, obviously Bilawal grabbed the attention of the nation at a very young age. Many admirers of the Bhutto family still believe that Bilawal has the ability to facilitate a bright future for Pakistan. The man enjoys a great following on social media platforms and his irresistible charm has made him a favorite amongst the members of the fairer sex. Bhutto is also quite popular amongst the youth of other Asian sub-continental nations like India and Bangladesh. 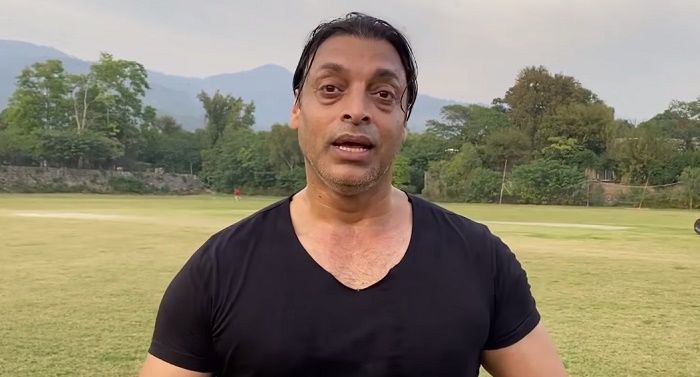 The Pakistani pacer, also famously known as the ‘Rawalpindi Express’, took the world of cricket by storm by his sensational entry at the international level. His ability to bowl at lightning speed made him a nightmare for even some of the world’s batsmen. His talent made him a hot favorite amongst the youth and Akhtar still continues to be a role model for many budding cricketers in the nation. Although he isn’t active in international cricket anymore, he has left a lasting impression on the minds of many and is still a popular youth icon. 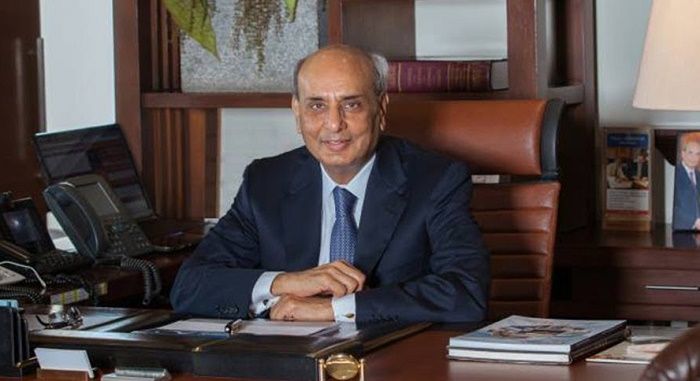 Pakistan has no dearth of immensely successful entrepreneurs and Mian Mansha’s glorious life just proves that. Mansha, who is said to be the wealthiest man in the whole of Pakistan at present, is the 937th richest person on planet Earth, according to renowned magazine ‘Forbes’. His business empire, the ‘Nishat Group’ has sparked off an industrial revolution across the nation, which has not only provided job opportunities for many, but also turned Mansha a Billionaire. His net worth is believed to be a whopping $2.5 Billion, if an online source is to be believed. 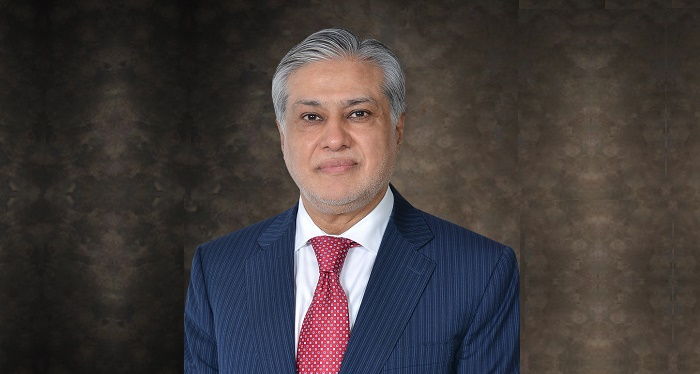 This man, who is currently serving as the Finance Minister of Pakistan, is considered a walking-talking institution of economics. For quite some time Dar has had a big say in the economic and financial affairs of the country. His opinions on matters of economic importance have been nicknamed ‘Darnomics’ by the Pakistani masses.