Sokushinbutsu or living Buddhas, also referred as flesh body bodhisattvas, are mummies of Buddhist monks and nuns formed naturally through their practice of asceticism to the point of causing their own death and entering mummification sans any mummification effort by another party. It is generally considered that the practice of Sokushinbutsu was brought by the founder of the Shingon or “True Word” school of Buddhism, Kukai, from Tang China, where he learnt it as part of covert practices of tantra. 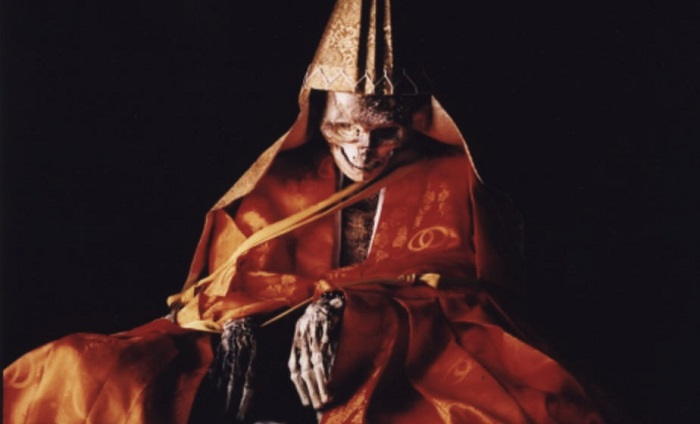 Sokushinbutsu is a Japanese term generally used in reference to the act of achieving self-mummification by leading a disciplined ascetic lifestyle for years. It includes adhering to strict diet and eventually observing Mokujikigyo, a wood eating diet, and then reaching a point of reducing and stopping intake of even liquid, causing dehydration of body and shrinkage of organs. Finally, the monks were entombed in salt-filled pine boxes where they meditated till their last breadth on Earth. The monks resolved to self-mummify themselves through Sokushinbutsu for further enlightenment and in pursuit of seeking redemption for deliverance of humanity. Although legends have it that hundreds of monks attempted self-mummification through Sokushinbutsu, till present only 24 such mummies have been unearthed.

It was considered that the sufferings faced by the monks prior to their death paved their way to the Tusita Heaven, one of the many Buddhist heavens, where the dwellers cherish exceptionally long span of life before they get into the re-incarnation cycle again. It was the conviction of the monks that they would be permitted to live in the Tusita Heaven for 1.6 million years for such sacrificial act and would be bestowed with power to protect mankind on Earth and grant their requests. The monks considered preserving their bodies through mummification very important as the spiritual power they sought to attain and enjoy would only last till the time their physical bodies remain connected to the Earth. 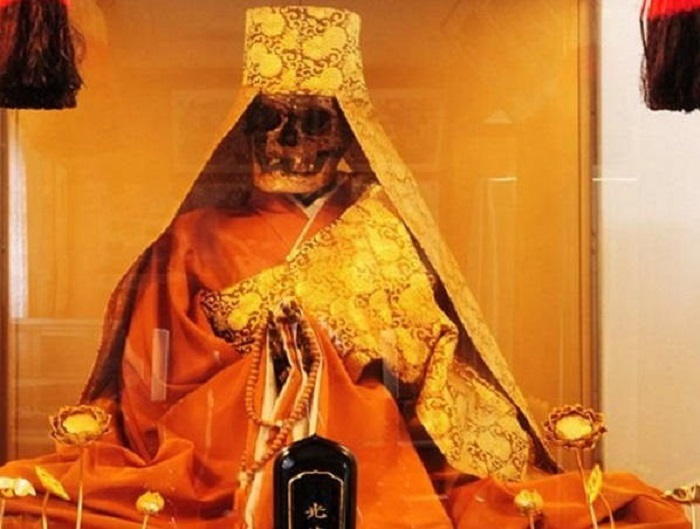 What’s the origin of Sokushinbutsu?

A Japanese Buddhist monk, scholar, civil servant, artist and poet Kukai, who founded the Shingon or “True Word” school of Buddhism, a major school of Buddhism in Japan, is commonly believed to have brought the practice of Sokushinbutsu from Tang China where he learnt it as part of covert tantric practices. Kukai ended his life by first gradually reducing the food intake and finally did not take any food or water while spending most of his time meditating and chanting Buddhist mantras. According to his wish, his body was entombed on the eastern peak of Mount Kōya instead of cremation as per tradition. When his tomb was opened after sometime, it seemed that he was still sleeping while his hair had grown a bit and his complexion remained unchanged. According to legends, Kukai is still alive and is in a state of samadhi (state of meditative consciousness) waiting for the emergence of Maitreya, the future Buddha.

Paul Williams suggests that Kūkai probably inspired Shugendō’s Sokushinbutsu ascetic practices. This religion originated in Heian, Japan, during the 7th century, and combines the beliefs, philosophies, doctrines, and ritual systems of Taoism, Shinto and Vajrayana, laid emphasis on ascetic practices, and this convention lasted till the Edo period. Sokushinbutsu (or Sokushin jobutsu) practiced in pursuit of attaining Buddha-nature in one’s body was counted among the ascetic practices followed by Shugendō. The Three Mountains of Dewa (Mount Haguro, Mount Gassan and Mount Yudono) is considered a sacred and popular pilgrimage site till present, witnessed the practice of Sokushinbutsu by this mountain ascetic cult for ages. Ascetics still go to these areas to perform ascetic austerities. 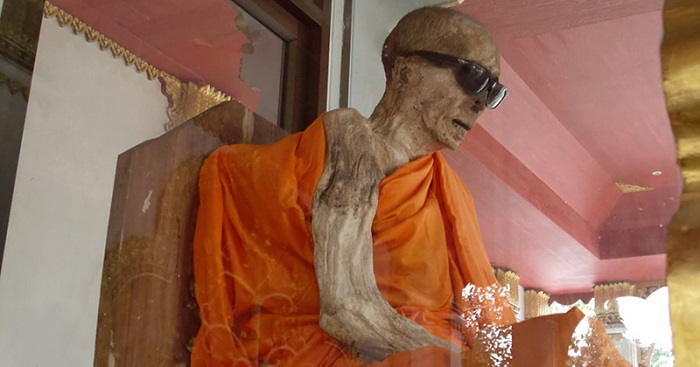 A temple in Gue village in Spiti, Himachal Pradesh, India, houses a 550 years old self-mummified corpse of a Buddhist monk named Sangha Tenzin, presumably a Tibetan dzogpa-chenpo practitioner. Believed to be from the 14th century, the mummy was unearthed in 1975 after the collapse of an old stupa that preserved it. The chilly weather and arid nature of the area helped in preserving the mummy for more than five centuries. Mummies of the same kind were also discovered in Tibet and other areas in East Asia.

Process – How is Sokushinbutsu performed?

A procedure of Sokushinbutsu was developed in medieval Japan that saw a monk taking around 3,000 days to ten years to complete the self-sacrificial act. It was a gradual process where a monk, who resolved to mummify himself, would first refrain from grains and cereals and take only fruits and nuts for one thousand days or around three years while meditating and giving service to the temple and the community. Mokujikigyo, which literally means eating a tree, was rigorously followed in Sokushinbutsu. This would see the monk living on pine needles, seeds and resins available in the mountains for the next thousand days that helped remove fat from the body. As the rate of fasting and meditation increased, the monk reached a stage of starvation and gradually reduced and then stopped taking liquid which caused dehydration in the body and organs’ contraction. The monk would finally house himself in a specially built pine-wood box full of salt which would be sealed by his acolytes leaving only a small breathing tube for passage of air. The monk would continue his meditation and chant the nenbutsu (a mantra on Buddha) and occasionally ring a bell to indicate that he is still alive. After the bell stops ringing, the acolytes would seal the tomb completely taking out the breathing tube, and after a gap of thousand days the tomb would be opened to check the monk’s body. If the body was found to be in a naturally preserved state without any sign of decay with skin and teeth intact, it was considered that the monk had achieved Sokushinbutsu and the revered mummy was then transferred to a temple to be worshipped as a Living Buddha. Otherwise, the monk’s body was re-interred in veneration of his self-sacrificing effort. 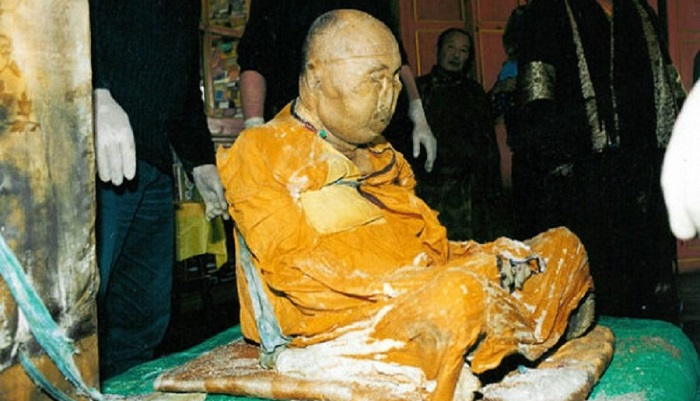 Several age-old Buddhist Sokushinbutsu mummies were unearthed in northern Japan, and according to some texts, the mountains and stupas of Japan house hundreds of such interred mummies. One of the oldest mummies is preserved in an altar in the Honmyō-ji temple of Yamagata prefecture. It is the mummy of Honmyōkai Shōnin who through Sokushinbutsu (including observing Mokujikigyō for around nine years) achieved self-mummification and was enshrined in Honmyō-ji temple as a Buddha.