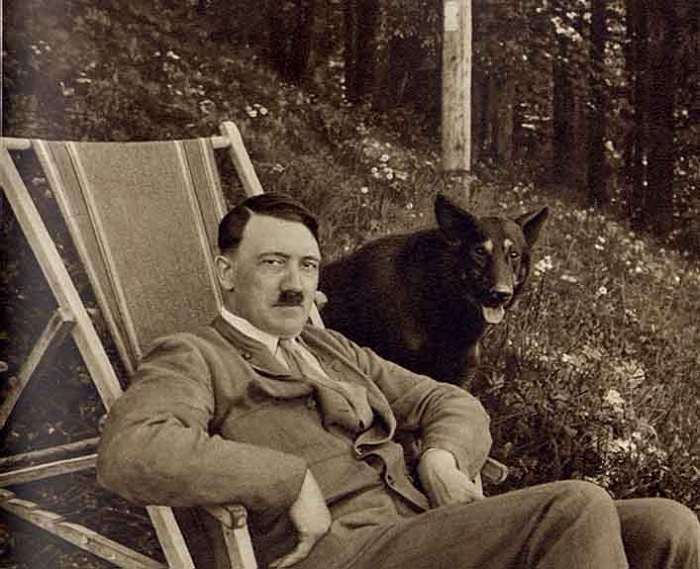 “The wand chooses the wizard, remember … I think we must expect great things from you, Mr. Potter … After all, He Who Must Not Be Named did great things – terrible, yes, but great,” said Ollivander, the wand maker, to Harry Potter. Yes, the Potter series was a work of fiction and according to Rowling, she based the character of the villain Voldemort on the most controversial dictator the world has ever seen, Adolf Hitler, and thinking about it, the statement holds true for Hitler too. Many leaders have come and gone like the passing winds, but only few have left a lasting impression with how they decided to administer their authority. Yes, Hitler did kill more than 6-million Jews at the holocausts and a little over 19-million in total, but that being said, his accomplishments as the leader of Germany is unrivalled. Despite all the information the history books have embedded in your system, these are a few facts about Hitler that will surely take you by surprise and might just make you his fan in terms of how he ruled his country. Put aside the killing, and realize the fact that this man brought his country from the dogs to rule the world.

1. Though he rose to power after the First World War as the chancellor of Germany, Hitler was born in Austria in a town called Braunau am Inn on 20 April 1889. Hanz Frank, a Nazi official once said that the father of Hitler Alois Hitler was fathered by a 19-year-old Jew called Leopold Frankenberger as his mother was working for his family as a maid. This has never been proved though and has time and time again been rubbed off as just a rumor. 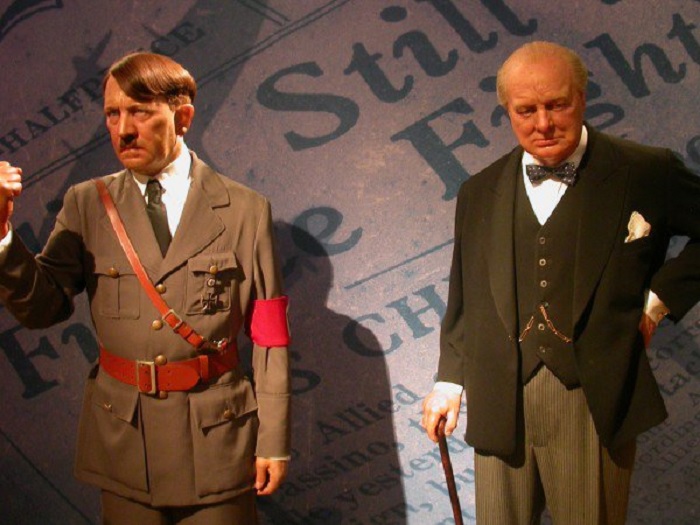 2. According to sources, Hitler’s first love was a Jewish girl called Stephanie but there was never any relationship as Hitler lacked the pluck to approach his crush. He remained celibate till he was 25 and then rumor had it that he used to visit brothels in Munich and Vienna and eventually was diagnosed with Syphilis, which he contracted from a Jewish prostitute. 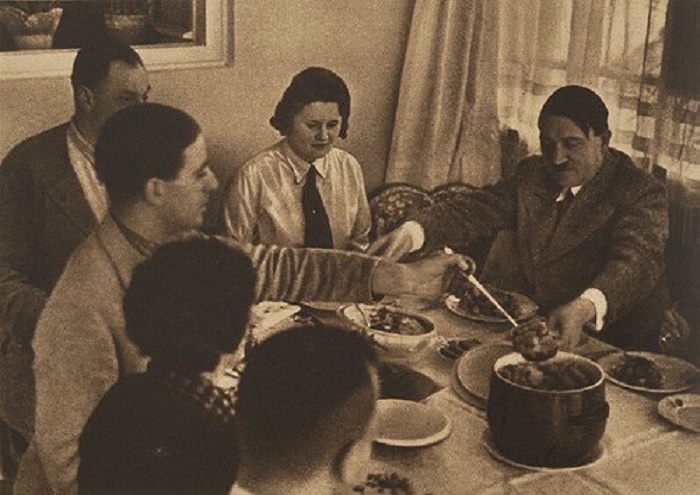 3. Although every Jew was hunted down during the reign of Hitler, Jewish doctor Eduard Bloch was given special protection. Bloch was practicing in Austria and soon became the personal physician of the Hitler family, and when the poverty stricken Hitler family had no money, Bloch would give them free treatment for which Hitler said he had “eternal gratitude” towards him. He called him a noble Jew. 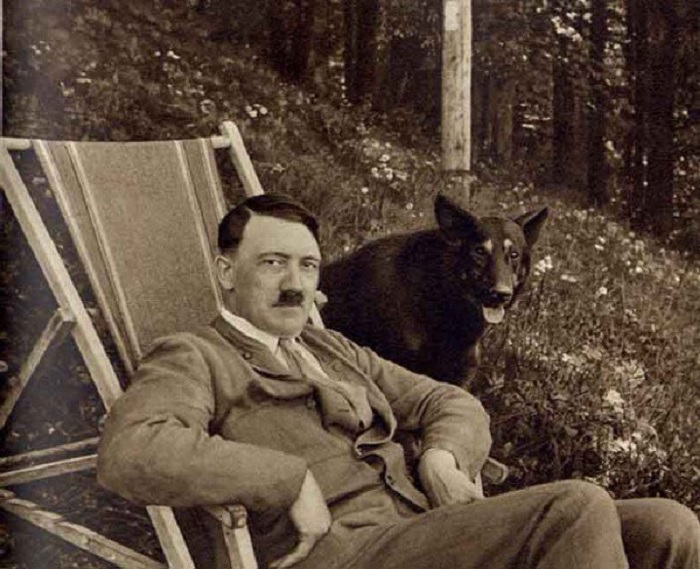 4. Hitler was the first leader in History to bring out the concept of campaigns to spread awareness. His first campaign was an “anti-smoking” one. 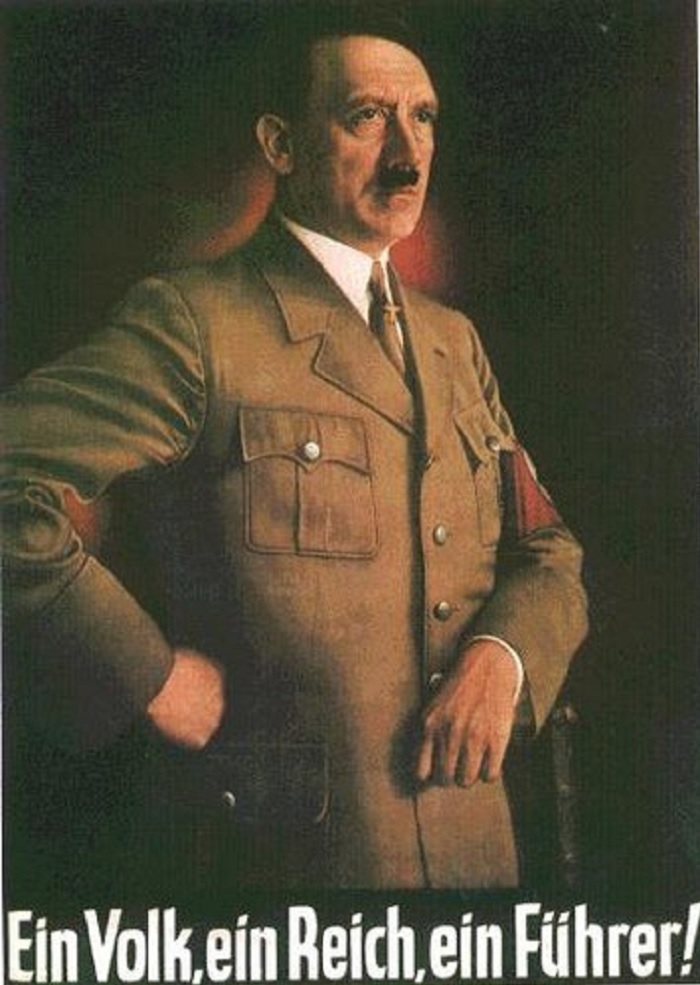 5. At the age of 8, Hitler was a bubbly and outgoing child who took singing lessons, often joined the church choir and even contemplated becoming a priest. Two years later in 1900, the death of his younger brother Edmund affected Hitler and he almost instantaneously became a recluse and sullen. This led to the conflicts he then had with his father and his inability to conform to the rules of the school and his teachers. 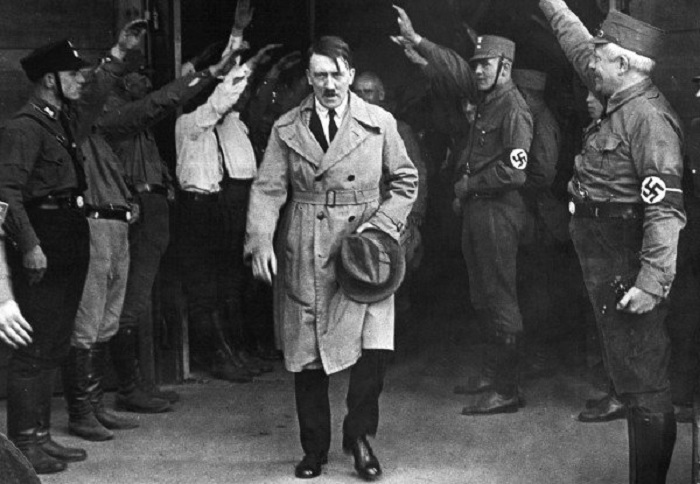 6. Being a pure vegetarian, during his term in power, Hitler passed several laws on behalf of animal welfare. Poaching was made illegal as vivisection and kosher butchering were the main concerns of the amendments that were passed to conserve the animal species. 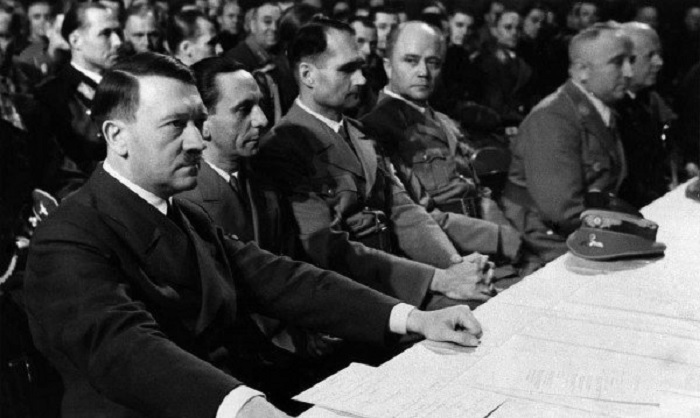 7. According to historians, Hitler almost drowned when he was four years old in a river in Passau, Germany, in January 1894 but was saved by a priest. 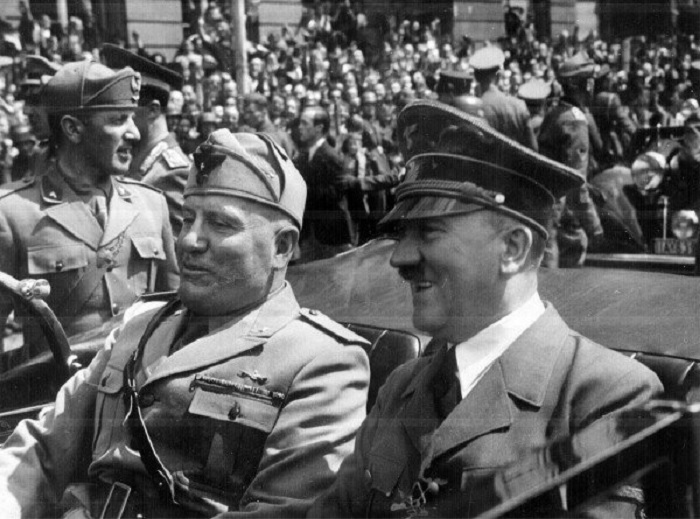 8. After the death of his mother, Klara Pölzl in 1908, who succumbed to breast cancer, the Hitler family was poverty stricken and he was forced to live on the streets. Hitler utilized his talent in art and made postcards which he sold to put food on his plate. 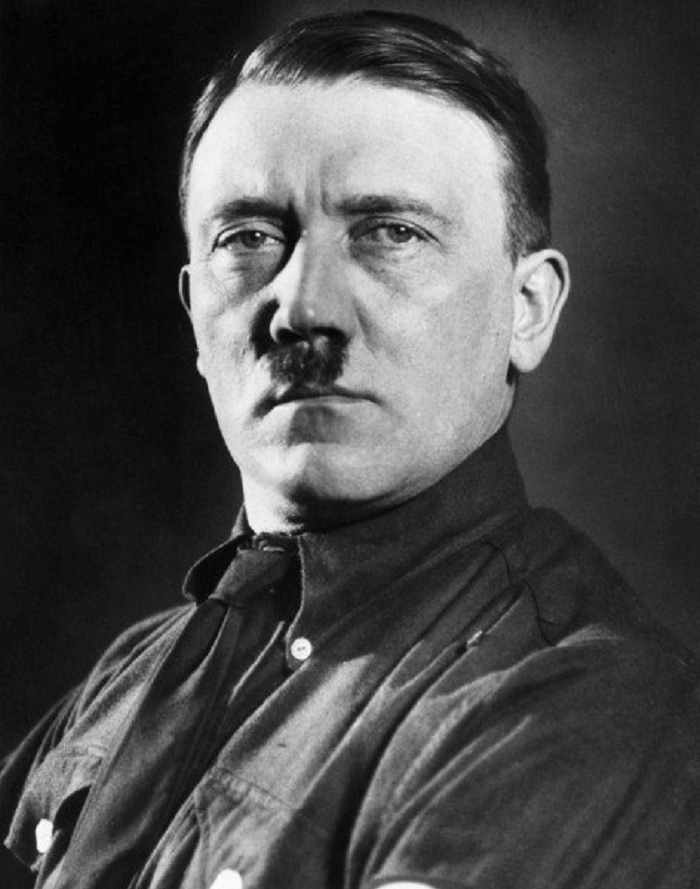 9. Hitler prohibited all Germans from receiving the Nobel Prize and to compensate the ban he himself started rewarding Germans in the fields of art and science. He called it the German National Prize. 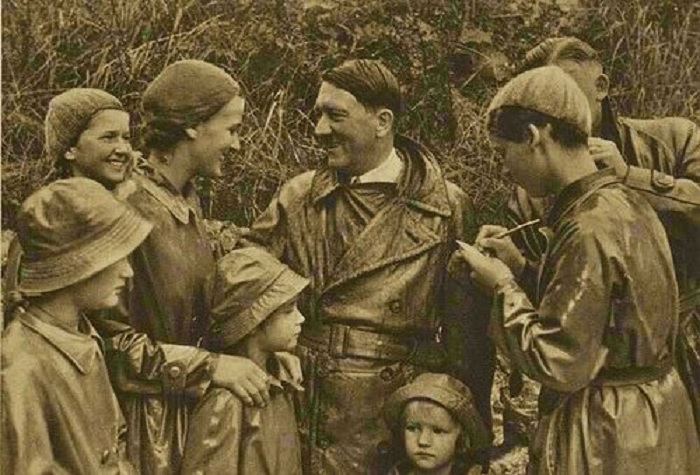 10. Henry Ford was the only American to be mentioned in Hitler’s autobiography Mein Kampf. He regarded Ford as an inspiration and often said that he shall do my best to put his theories into practice in Germany. The Fuhrer was known to keep a life-size portrait of Ford by his desk. 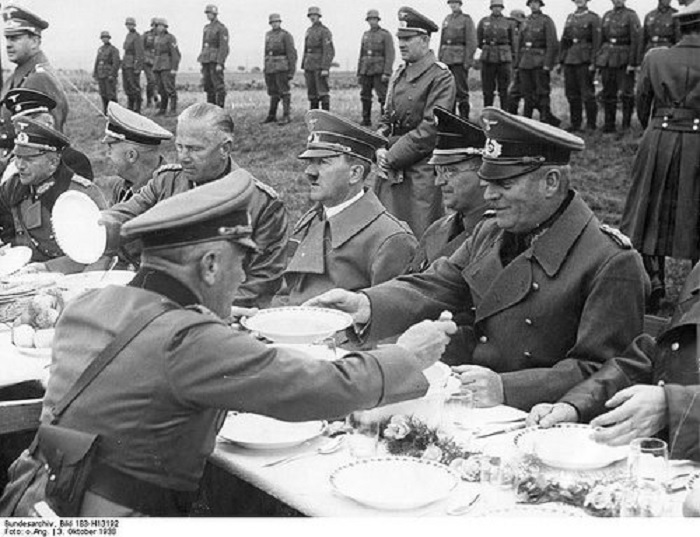 11. The dictator often abused drugs to make him feel superhuman and heartless. Amongst the cocktail of drugs he consumed, he often snorted cocaine, amphetamines, bull semen, rat poison and morphine. Most of the treaties of execution he ordered were when he was under the influence. 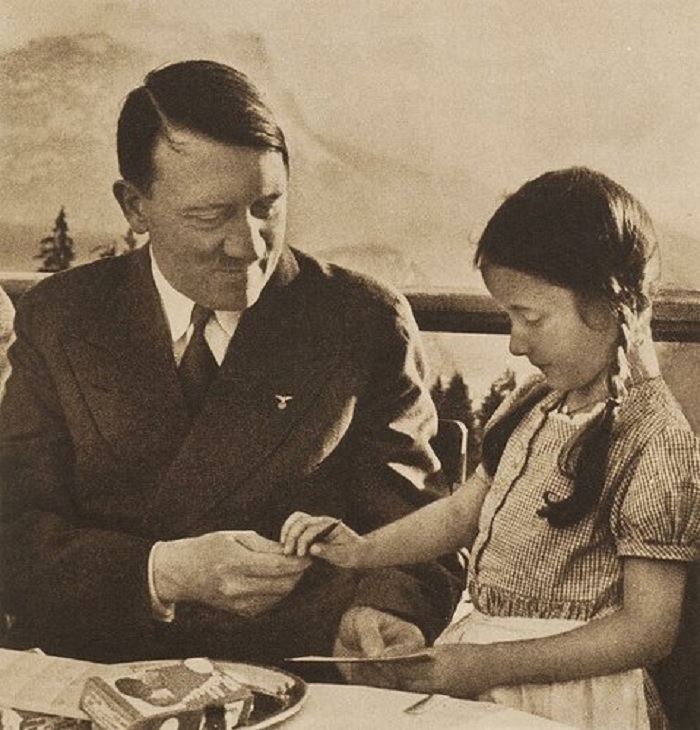 12. Hitler would have been known by the name Adolf Schiklgruber if his father Alois did not change his surname to Hitler in 1877. 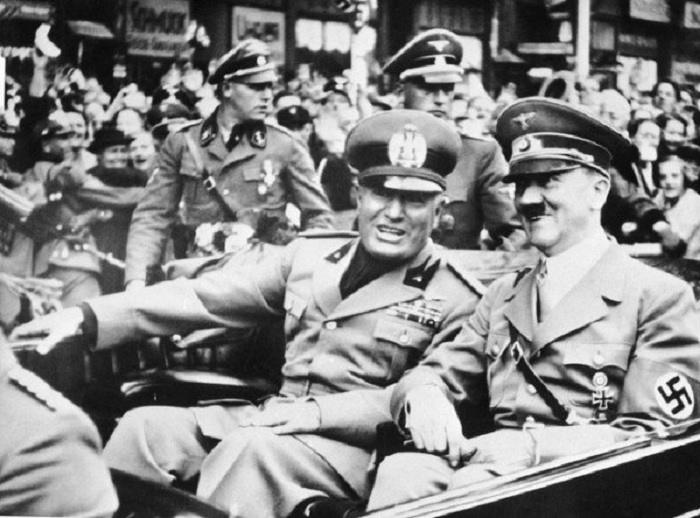