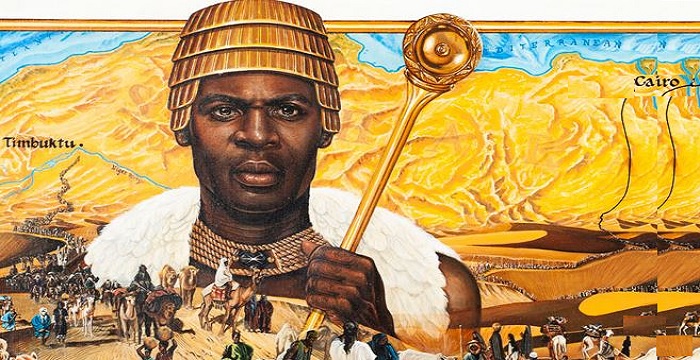 Since the dawn of time, money has always defined success and power. The depth of a person’s pocket decides the attitude people show towards him. The respect and admiration accorded to a person is in direct proportion to the size of his bank balance (nothing wrong with this of course). Someone once said, ‘Money is power and power is another word for success and victory.’

When asked to name the most successful people, it is usually the richest who are listed. Bill Gates, Warren Buffet, Carlos Slim are among the richest and also most successful ‘The World’s Billionaires’ list is published every year by the Forbes magazine. As per this publication, in the year 2015 there were unbelievably 1,826 Billionaires with their net worth collectively being $7.05 trillion. But who would be the richest of them all and what kind of a person would he be? Read on to know more about the most affluent man in the world—Mansa Musa.

Musa Keita I was the king of the Mali Empire, which was a part of the West Africa. This conqueror of 24 cities was addressed with many titles, the most popular ones being ‘Mansa Musa’, since Mansa means King of Kings or ‘Musa of Mali’. Musa was born with a silver spoon in his mouth—not only did he reach a position to rule an empire of 1,240,000 sq.km, he was also a ruler to a realm of large gold mines. Mansa Musa’s ascension to the throne of the Malian empire came about more as the result of a shared responsibility rather than natural inheritance. Abubakari II, who was the 9th Mansa of Mali, was an adventurist and always keen on discovering the unknown portions of the world. Hence he would go out on many expeditions; it was during these times when the king was not there that Musa was handed the onus of discharging his duties as the second in command. Abu Bakr, the grandfather of Mansa Musa and his father Faga Laye kept away from the throne, which made Musa Keita’s path to the throne absolutely clear.

Abubakari’s most famous voyage was the one where he wanted to explore the limits of the Atlantic Ocean. Soon his troops, with plenty of food, water and other necessities, all in 200 boats, set out on the Atlantic adhering to the undaunted king’s command. As per his wish, they were not to return to the kingdom until they reached the other end of the ocean or were out of food or water. After a considerable amount of time had gone by a boat returned, the captain of the vessel claimed that all the others encountered ill-fate and hence everyone drowned.

Abubakari II was in no mood of accepting defeat of his dream and hence decided to go out on the expedition again and this time he would captain the voyage. In his absence Musa held the reins of kingdom, until the rightful king came back. Thus Abubakari began a journey towards the completion of his fantasy which also happened to be the last time he stepped back on land. Since this adventure fanatic never returned, the deputy ruler Musa took charge of the throne and became the 10th Mansa of Mali in 1307. 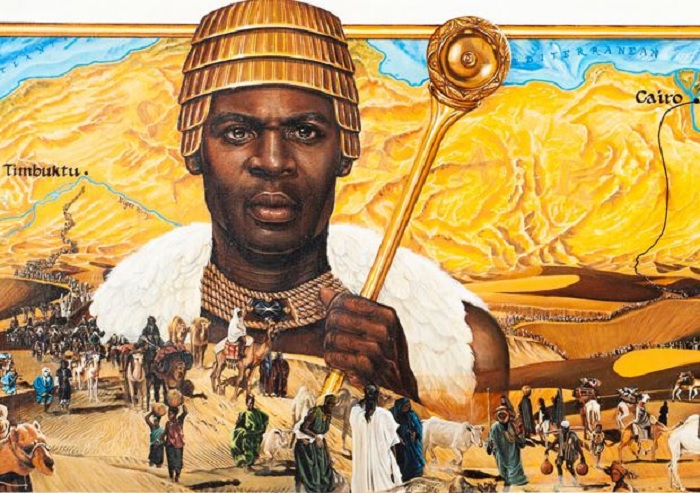 With Musa taking charge of the throne the Mali Empire’s wealth grew in leaps and bounds. Major revenue sources that contributed towards Musa’s corpus encompassed mosques, madrasas and universities which stand testimony for the outstanding architecture and the perfection that prevail till date.  The University of Sankore, which is one of the 3 learning institutions in Mali, stands out among all edifices that were built under his reign. There was ample availability of work which translated into deluxe lifestyle avenues in urban districts like Timbuktu, outdoing its other counterparts. 17 years after he took over the reins of Mali, in 1324 Musa set of for his most famous and talked about journey to Mecca. Musa is known to have been followed by 60,000 people, a fifth of which carried gold bars that he distributed among the needy and the underprivileged along the way. However, this philanthropist gesture of his resulted in depreciation of gold chiefly in places like Cairo, Medina and Mecca which forced him to borrow the precious metal from usurers. Consequently, he ended up gaining monopoly over the gold prices for the entire Mediterranean besides taking hold of salt stockpile for half the globe. Both salt and gold traders from mainland cities like Venice, Granada and Genoa paid him regular visits which placed Musa in a position of authority to regulate the prices. 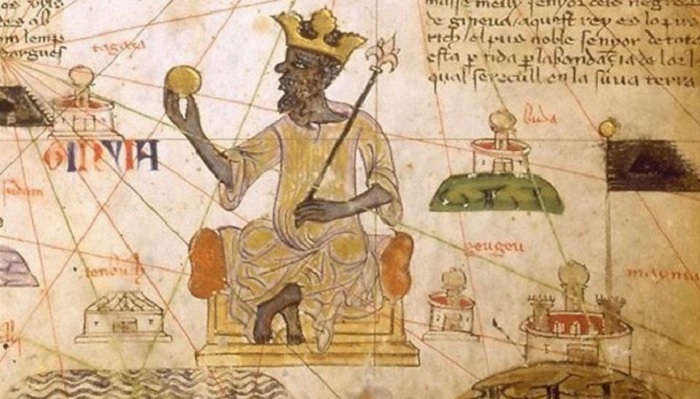 When Musa’s empire was in its peak of prosperity, the rival Mossi Kingdom raided Timbuktu in the year 1330 to which Musa gave a strong reply by reclaiming the city and securing its frontiers with the help a strong army. Timbuktu was the nucleus of all the trade activities in the region and the rule over it bestowed on Musa the power to regulate the flux of wealth. Under Musa’s rule Mali saw tremendous increase in the number of cities which went up to as high as 400. It is believed that the time taken to travel from Musa’s one empire to another is approximately 1 year, which speaks volumes about the vastness of the kingdom. This flourishing empire attracted Muslim scholars who thronged the University of Sankore, which was completely governed by the king himself, while he resided in his kingdom. The Musa of Mali lived in his imposing palace in Timbuktu that was exemplary of the genius of Andalusian architecture from Spain. He is also known to have established a near-utopian model of governance in the western part of Sudan which was highly acclaimed for its overall peace and security. 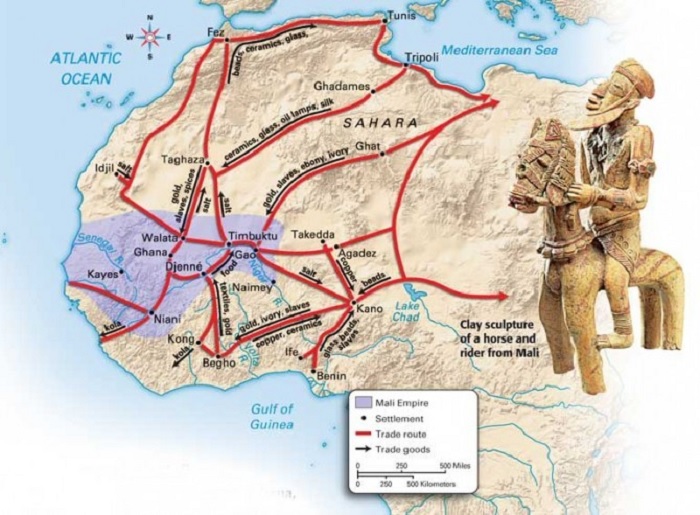 During Mansa Musa’s reign, Timbuktu cultivated in to a very profitable city, the trade business flourished and they also provided business to Egypt and other North African trade centers. Though Musa of Mali proved to be a leader in every sense of the word and was widely loved by the people of his kingdom, his death is a secret. The story of Musa’s demise is still shrouded in mystery due to lack of clear evidence. Therefore common conjectures like, whether his rule extended for another decade post his return from Mecca or he died right after, are still doing rounds. He was succeeded by his son Mansa Maghan who ascended the throne in 1332 followed by his elder brother Suleyman in 1336. Musa’s rule spanned over 25 years; however, the manner in which it ended is still a question the answer to which has not been ascertained thus far. It is surmised that he may well have resigned or died a natural death. He is however revered for his absolute control over such a huge empire which comprised of major trading ports of the Mediterranean. The likes of Musa, who could call on 12000 men to carry gold bricks as heavy as 4 pounds on foot, are impossible to find in today’s world. Or the ones who could dictate the bullion prices by solely being in the position of an overseeing authority. Musa, therefore, was undoubtedly the richest man to have ever walked the earth besides being the most powerful.  Perhaps this is why his stories find mention in literary circles across the globe. All in all Musa would be remembered not only for being immeasurably wealthy but also as an individual whose mere personality sufficed to inspire awe and respect simultaneously.