Famous As:- Developer of Theory of Relativity

Albert Einstein met his first wife Mileva Maric at the Swiss Federal Polytechnic in 1896. Mileva was a highly independent spirit and her ambitious nature was evident in her choice of subjects at the Polytechnic. She was the only woman member in the group of six students who had opted for the diploma certification for teaching physics and mathematics in secondary school. Albert was attracted to her confidence and soon the friendship blossomed into romance.

Her hopes to have a teaching career however dashed to grounds as she failed the examination in 1900, the same year Einstein was bestowed with the diploma. Even then Mileva was insistent on pursing an academic career

and started preparations for re-appearing the examination the following year. This time her plans were foiled by a pregnancy; she was three months pregnant with Einstein’s child at the time she appeared the exam. The failure to secure a good grade halted all her future plans and she would always regret it. Abandoning her dissertation, Maric moved to Novi Sad, where she gave birth to a daughter, Lieserl. The Digital Einstein Papers released by Princeton University Press and Hebrew University of Jerusalem suggest that Lieserl probably died of scarlet fever in infancy or was put up for adoption. 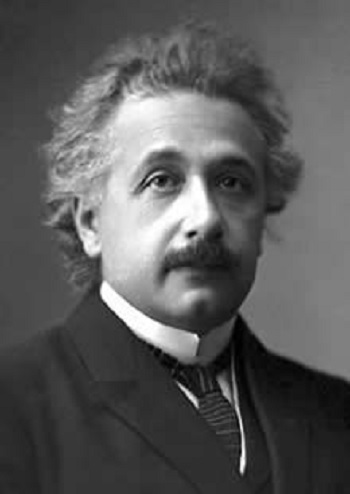 In 1903, the two exchanged nuptial vows, despite protests from Einstein’s mother who disapproved his son marrying someone elder to him. Despite her own failures, Mileva encouraged Einstein to pursue his goals and she was instrumental in his success during the early years. In a letter the eminent scientist penned to his first wife he described her as “a creature who is my equal and who is as strong and independent as I am”.

The following year was blissful and they were blessed with a son, Hans Albert. The period in 1904-10 was a period of great achievements on the part of Albert. In 1909, he resigned from the official job and pursued an academic career in Zurich. The couple had their second child, Eduard, in 1910.

Einstein had to move around a lot in relation to his scientific endeavors and in 1911 the family went to Prague. But it proved to be difficult time for the family and they returned to Zurich the following year. The marriage however experienced turbulent times and things started treading downhill fast.

By 1912, things had turned bitter between the two and such was the extent of the strain that Einstein laid down ground rules demarcating Mileva’s duties and rights. Albert’s regular correspondence with his cousin Elsa Loewenthal with whom he was romantically involved did not help matters either. When he received an offer from the University of Berlin, in 1914, Maric was not so keen on shifting along with Albert but eventually agreed. Decided that she had enough, Mileva moved back to Zurich with the boys in July the same year. With WWI grappling the nations, Hans and Eduard had to stay in a boardinghouse along with their mother. It was during this time that Einstein worked on the famous theory of relativity. 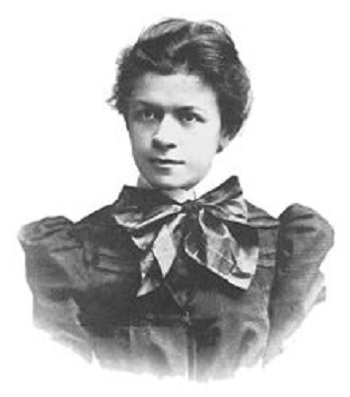 The eminent physicist asked for a divorce in 1916 and Mileva who was unable to withstand the stress suffered a breakdown. Mileva’s friends and sister take care of the boys during the time she is hospitalized.

Finally in 1919, Maric agreed to separate from Einstein and the terms of settlements were decided. She would receive a sum of 5600 Reichsmarks in quarterly installments as maintenance every year. It was also decided that if Einstein received a Nobel Prize in future, the sum would be used to set up a trust for the boys and Mileva will only be entitled to the interest derived upon the sum.

In June the same year, he married Elsa and the couple along with Elsa’s two daughters from a former marriage settled in Berlin. The ‘Digital Einstein Papers’ contain an excerpt from the love notes the prominent scientist penned for his second wife:

“Tonight I’m sleeping in your bed! It is peculiar how confusedly sentimental one is. It is just a bed like any other, as though you had not yet ever slept in it. And yet I find it comforting that I may lay myself in it, somewhat, like a tender confidence.”

The letter is undersigned: “Kisses from your Albert.”

As his reputation continued to swell among the scientific fraternity he was extended an offer from the prestigious Princeton University. Elsa and her two daughters followed him to New Jersey, United States. She finally breathed her last in 1936, after being diagnosed with heart and kidney ailments.

The separation of his parents affected Eduard severely who was diagnosed with schizophrenia and was remitted to an asylum. Einstein provided for his medical expenses and even supported Mileva till her death in 1948.

Some sources speculate that Einstein’s tempestuous love affairs did not end at Elsa and he had a mistress, Bette Neumann, while he was married. Apparently she worked as a secretary for Einstein.