Adalia Rose is a teenage American YouTube star who has a massive fan following on social media. Having said that, she is not just a regular social media celebrity, Adalia has a fatal medical condition known as HGPS (Hutchinson-Gilford progeria syndrome), which accelerates aging, and affects one amongst four million people worldwide.

According to researchers, it is a rare genetic disease that is caused due to a gene mutation which results in the production of an unusual protein. This makes the cells age faster and creates abnormalities in the body of the child.

Despite this ailment, Adalia Rose is full of positivity and shares funny and interesting content for her fans consistently. She has close to 2.5 million subscribers on her YouTube channel and some of her videos have raked up about 27 million views. She also has 12 million followers on Facebook, 303k followers on Instagram, and 30.8k fans on Twitter, who look forward to hearing from her. 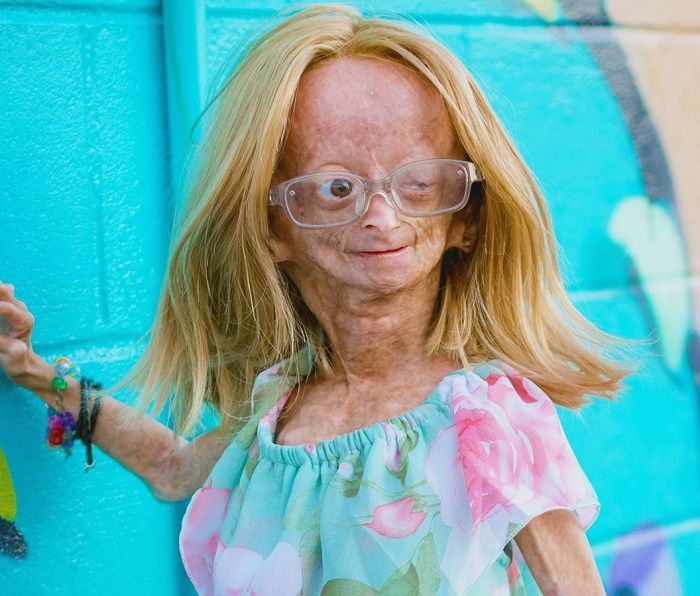 How Did She Get Famous?

Born on 10th of December 2006, to Natalia Amozurrutia who was a single mother back then, Adalia Rose was diagnosed of progeria when she was three months old. In this condition, afflicted children start showing signs of ageing at a fast pace, along with physical traits like having a large head, ears sticking out, small lower jawline, lack of body muscles and fat, baldness, stiff joints, dwarfism, and a shrill voice.

All of these symptoms happened to Adalia Rose, however, she did not let that stop her from living her life and talking about it. Her mother Natalia and she started recording videos for ‘giggles’, as they would say, but gradually realized that they are touching a chord, and setting an inspirational example for a lot of people. She became a huge success after her condition caught the public eye, and garnered respect and love for her braveness under dire circumstances. Her bubbly demeanor proves how she has set aside all her problems and decided that she will live life to the best of her abilities, however short or long the time span might be.

Now, she creates make-up videos, prank videos, blogs and various such posts that any normal American 13-year-girl can identify with. The courage with which she puts up a smile on her face amidst such insurmountable odds makes her a very special and different person. Due to this attitude, Adalia Rose receives a lot of love, likes and comments on her posts, which encourage her to keep creating content for her fans.

Adalia Rose has recorded videos where she promoted discussions on finding a cure for progeria and donated the earnings from these videos to fund the on-going research on knowing more about the disease.

Adalia Rose believes her strength is her big loving family, which consists of her mother Natalia, her step-dad Ryan Pallante, and three younger brothers Marcelo, Niko and Emiliano. Her family is her biggest support system and she enjoys spending time with them. She elaborates in several videos how much she adores being around them and how grateful she is to have such parents.

So many of her video blogs are shot with her mother: doing make-up, playing games, dancing, doing product reviews, and experimenting with funny photo filters, while her dad helps her try out DIY face masks, takes her on a waterslide, rides a new car, and cooks lasagna. There are unedited videos of her playing with her brothers and the entire family doing a sponsored post about a new movie release!

Stubborn, determined, courageous, crazy, and the wild one are few words that her parent use to describe Adalia Rose. They explain how they are learning from her to take on each day as it comes and keep living without fear. They do not discuss life expectancy, nor do they mention progeria in their house-hold. Instead, they treat her like a normal girl and try to give her the best life they can.

Living with a fatal condition is never easy, and the approximate life expectancy of a child with progeria is 13 years. Yet, the ‘Pallante Tribe’ sets an example of being one of the brightest, happiest, adventurous, and most fun loving family in the whole of Texas.

It is not always sunshine and glitter in Adalia’s life and she has gloomy days when she feels sad. She wishes she had real hair, good looks, tall height and had a body like her peers. She also wants to do what everybody else is doing, and enjoy the experience of having a boyfriend who likes her for what she is and gets her flowers, like any regular teenager.

There are times when Adalia Rose has to encounter severe cyber bullying. People call her ugly, compare her to extra-terrestrials and aliens, threaten her, leave rude comments on her posts, say that she is scary, and ask her to stop posting videos on public platforms. 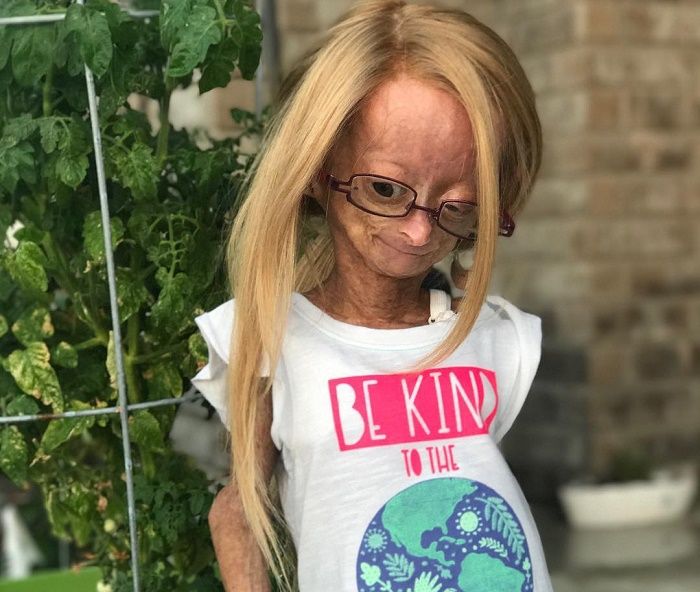 However, Adalia Rose always finds a reason to pick herself up and carry-on with a smile fixed on her face. When she feels upset about her looks, she reminds herself of the many wigs she has and feels glad about all the different hairstyles she can try with them. Similarly, she ignores every rude word said about her and concentrates on the appreciations she receives.

Adalia Rose calls herself a ‘Diva’ because ‘she gets what she wants’. Even after being a child who has such a distressful condition, she throws positive vibes around, like confetti; no wonder she loves unicorns! She almost always has a smile on her face in her posts and encourages her fans to disregard their problems and enjoy their lives.

Her philosophy is to live one day at a time, without worrying about the future. Along with her family, she is thankful for having a new day and grabs the opportunity to go on living enthusiastically.

This is the unusual story of Adalia Rose: the girl who has a golden heart, a brilliant mind, an awesome sense of humor, even though she ages too fast.