Sadie Sandler is the elder daughter of American actor Adam Sandler and his model-actor wife, Jacqueline “Jackie” Titone. Sadie is not present on any social-media platform but is quite a star in her own right. She has already appeared in many movies starring her father, such as her debut film, the 2008-released ‘Disney’ comedy ‘Bedtime Stories.’ Sadie has also voiced the character ‘Winnie’ in the 2012 animation film ‘Hotel Transylvania’ and its two sequels, ‘Hotel Transylvania 2’ (2015) and ‘Hotel Transylvania 3: Summer Vacation’ (2018). She mostly stays away from the media spotlight and loves to spend time with her parents and her younger sister, Sunny. 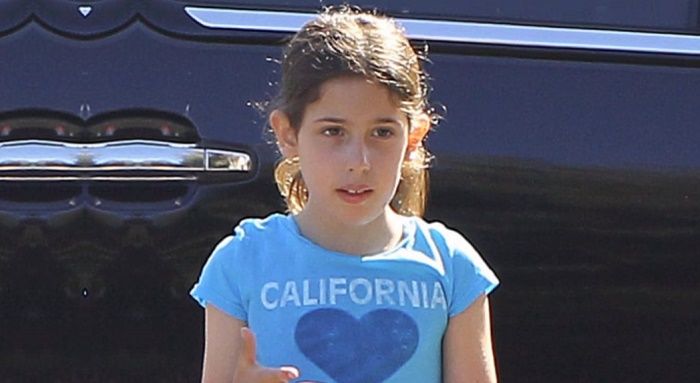 Sadie Sandler, or Sadie Madison Titone-Sandler, was born on May 6, 2006, in Los Angeles, California, U.S., to famous Hollywood actor and comedian Adam Sandler and his model-actor wife, Jacqueline “Jackie” Titone.

Adam Sandler and Jacqueline met on the set of ‘Big Daddy’ (1999). After dating for 3 years, they got engaged in June 2002. They got married on June 22, 2003, after Jacqueline converted to Judaism, Adam’s faith.

Sadie’s younger sister, Sunny, was born in November 2008. Sadie is of Russian Jewish ancestry from her father’s side. 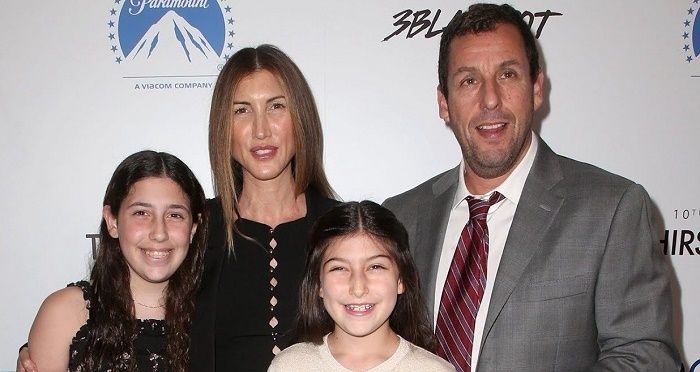 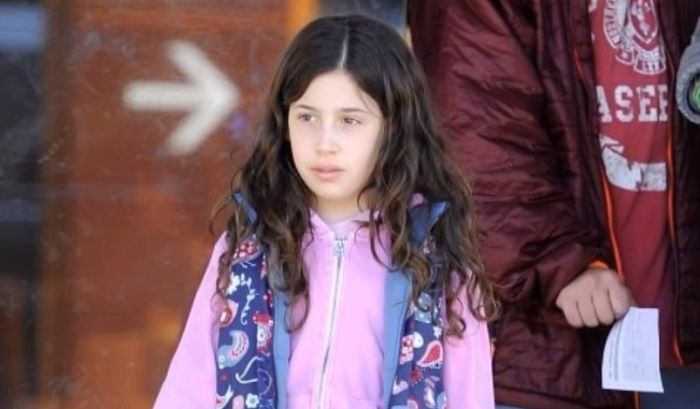 In May 2019, Sandler, while appearing on ‘Jimmy Kimmel Live’ during a special episode for the ‘NBA’ finals, revealed that he had invited singer Adam Levine to perform at his then-13-year-old daughter Sadie’s “bat mitzvah.”

Sandler said he was driving and had casually texted Levine, who said he could not turn him down. 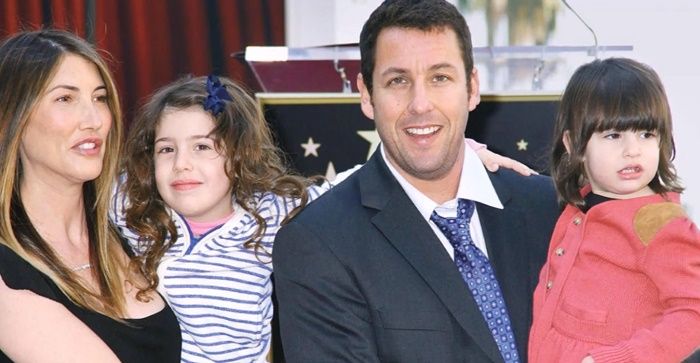 Sandler once also revealed that his daughters would rather watch someone else’s movies than watch him on screen.

Sadie loves beaches, and she and her dad often drive around their block.

At a charity event in October 2019, Sandler and his two daughters performed their own rendition of Taylor Swift’s “Lover,” in front of an audience that included Julia Roberts and Sean Penn.

Sadie has only appeared in films which have featured her dad, Adam Sandler. 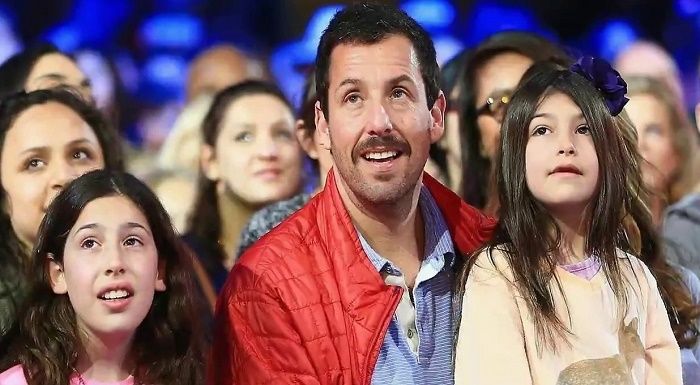 She is reportedly not present on any social-media platform.

Sandler once joked that he keeps all his wealth in the right wing of his house and does not allow his daughters to go there, as he believes they should grow up as grounded and humble human beings.

Sandler also revealed that Sadie loved films even as a little child. She would often wake up early, get dressed, and pack her bag, to accompany Sandler to his film sets. She would also often have dinner in his trailer at the sets.