Ricky Lauren is an American author, artist and photographer who is the wife of fashion designer, philanthropist, and billionaire businessman Ralph Lauren, founder of the fashion company Ralph Lauren Corporation. While she mostly avoided the spotlight, much like her press-shy husband, she has been credited for supporting his career as a “silent partner”. Her husband became motivated in investing into women’s fashion because of her and his collection of “Ricky” handbags are named after her. She is a trained photographer who wrote several lifestyle and cookbooks, often featuring her photographs. She is also a psychotherapist. 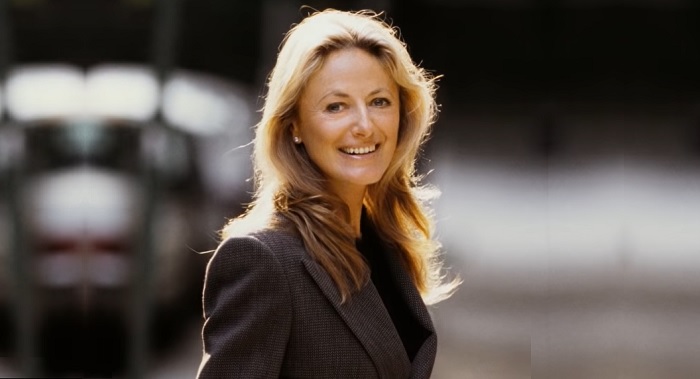 She Was Born to Austrian Immigrants

Ricky Lauren was born as Ricky Ann Loew-Beer on June 15, 1943 in New York City, United States to Austrian immigrant parents, Margaret Vytouch, a Catholic, and, Rudolph Loew-Beer, a Jew. Her father, originally from Vienna, was one of the thousands of Jews who escaped Nazis by fleeing to Shanghai in 1939. He left for America shortly before the Japanese forced the Shanghai Jews into a ghetto. Ricky attended Hunter College in New York City, from where she completed her English major. While in college, she worked part-time as a receptionist at an eye doctor’s office, while also teaching dance in the Bronx on alternate days. While she got married early, she later returned to college, after her children were in school, to earn her degree and later worked as a psychotherapist. 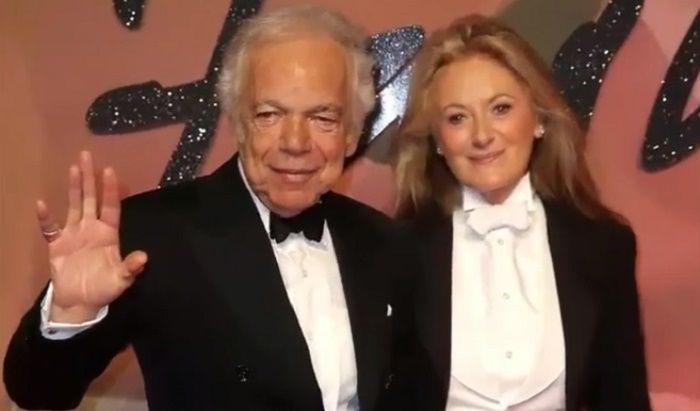 It Was Love at First Sight for Ralph Lauren

Ricky met Ralph Lauren for the first time in 1964, when she was still attending college. He came for an appointment where she was working as a receptionist and he was immediately smitten by her. He asked her out on a dance date and she accepted the offer. He proposed to her on their first date and the two were so sure about each other that they got married within six months on December 20, 1964 at Burnside Manor in the Bronx. Because Judaism is passed down through the female side of the family by religious law, Ricky was considered “half-shiksa”, which her husband initially kept a secret from his parents, who were Ashkenazi Jewish immigrants. The newlywed couple’s first home was a one-bedroom apartment with a kitchen in the living room. She stood by her husband’s side since before he achieved success and later the family settled in a converted barn in Southampton, New York. They have three children: Andrew, a film producer and actor; David, the Executive Vice President of Global Advertising, Marketing, and Communications at Ralph Lauren Corporation who is married to Lauren Bush, the granddaughter of former U.S. President George H. W. Bush; and Dylan, owner of Dylan’s Candy Bar in New York City who married hedge fund manager Paul Arrouet. Ricky also has five grandchildren through her two married children. 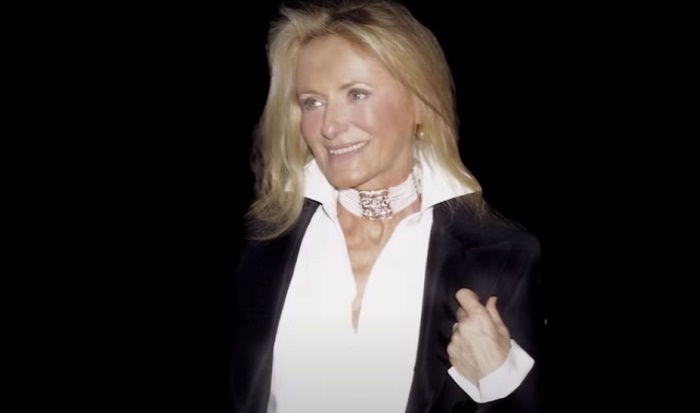 She Is the Embodiment of the “Polo Persona”

Since their first meeting, Ricky Lauren has been the muse for her illustrious husband. In fact, Los Angeles Times identified her as the perfect embodiment of the “Polo Persona”, “the epitome of the Ralph Lauren woman featured in all those carefully styled Polo advertisements”. Her husband, in his eponymous memoir in 2007, shed more light into his muse and inspiration: “I didn’t like the girl with all the makeup and high heels. I liked the girl in jeans and a white shirt with rolled-up sleeves, wearing her boyfriend’s jacket. That’s the girl I am attracted to. That’s the girl I married — Ricky.” While his first success was with his line of men’s ties in 1967, followed by a full menswear ‘Polo’ collection the next year, Ralph has acknowledged that the primary reason he launched his 1971 women’s line was because his wife could not find clothes that fit her slim, petite figure. 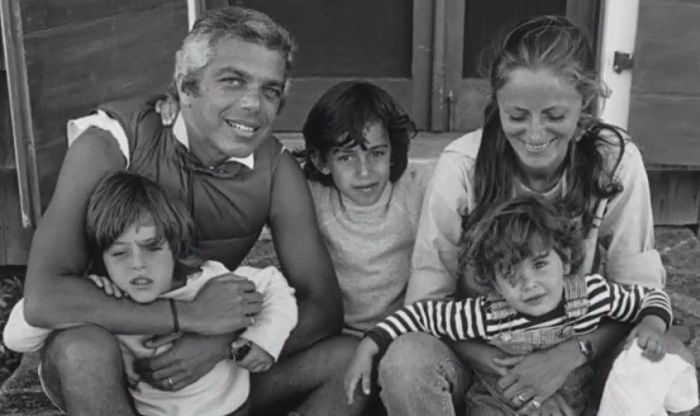 She Made Photographic Chronicles of Her Family

Ricky Lauren was always fascinated with photography because she witnessed how her immigrant parents’ most prized possessions were “two albums with only a few photographs in them”. She loved to look at the albums that later grew in size as she grew up. Later, she took photographs of her own children in order to document their childhood which they could look back at for a sense of nostalgia. She once told her son David that “it’s important to have a heritage and traditions to uphold”, which is why she also kept many of her children’s toys in a special closet. She utilized her photography skills in other ways as well: a passionate cook, she began collecting recipes following her marriage and often took pictures of her dishes, which later formed the basis of her cookbooks. 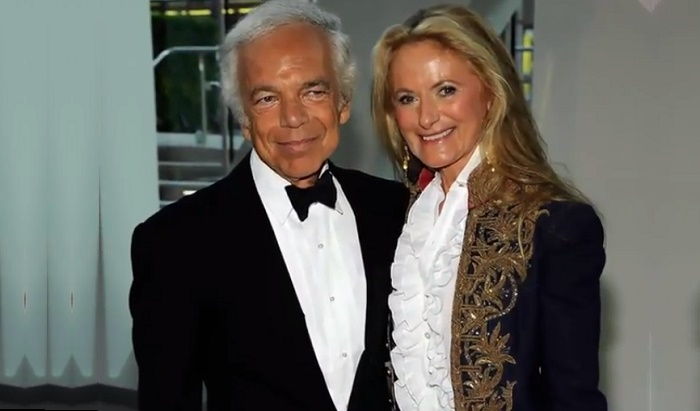 Her Husband Encouraged Her to Write

Just as Ricky Lauren supported her husband as his “silent partner”, she told Los Angeles Times that it was her husband who encouraged her to write her first book, Safari, which was an account of her 1983 trip to South Africa featuring her own photographs. She told the publication that even though she was neither a professional writer nor a photographer, she took photography lessons after her marriage and regularly wrote in a journal. In 1994, she published her second book, My Island. However, she is best known for her lifestyle and cookbooks, including her 2006 book Cuisine, Lifestyle, and Legend of the Double RL Ranch and her 2012 book The Hamptons: Food, Family and History. 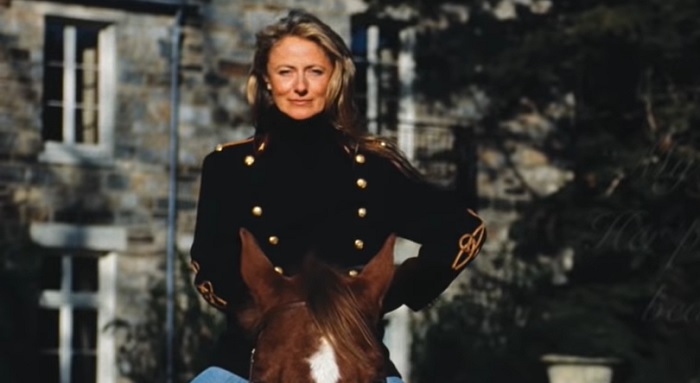 While Ricky Lauren and her husband are widely celebrated for their long and successful marital partnership spanning over five decades, it did not remain spotless thanks to Michael Gross, an author whom Ralph Lauren had initially offered to write his biography with him. However, the latter eventually withdrew his support over disagreements, following which Gross went on to publish the unauthorized biography, Genuine Authentic: The Real Life of Ralph Lauren. Among several other revelations regarding the famous fashion designer’s “terrible dark side”, was mentions of his affair with model Kim Nye, which he claimed ended only after Ricky gave him an ultimatum of divorce.