Famous As:- The Youngest Recipient of the Grammy Award for Album of the Year and Record of the Year

Billie Eilish Pirate Baird O’Connell is a popular singer and songwriter hailing from America. Best known for her 2019 single ‘Bad Guy,’ which topped the Billboard Hot 100, she began her career as a young girl. Both of her parents are active in the entertainment industry and it comes as no surprise that Billie chose to follow their footsteps. She began displaying her musical talent when she was quite young, often singing by herself, trying to emulate popular singers. With time, she started dabbling in song-writing as well. In fact, the talented singer was just 11 when she wrote her first song! It was her elder brother, Finneas Baird O’Connell, who inspired her to venture into a musical career. He was already writing and performing music by the time Billie entered her teens. With his support, she too started composing songs and singing as a professional and released her debut EP in 2017. She has managed to earn a name for herself within a short while and has already earned two Guinness World Records in her career so far!

“I don’t know how to function without music. When I’m not making it, I’m listening to it. It gives me courage and takes care of my mind.” – Billie Eilish on Her Love for Music 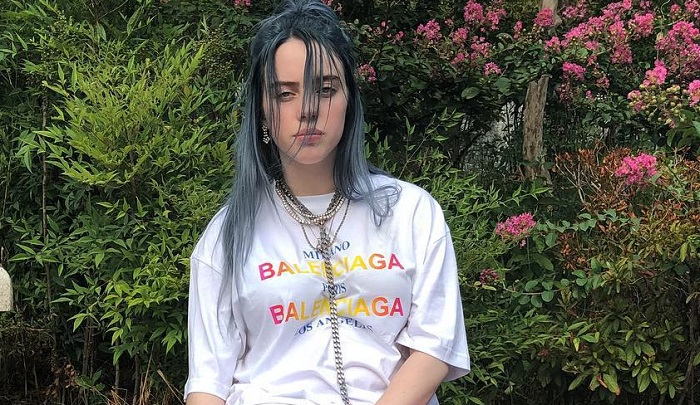 Billie Eilish was born on December 18, 2001, in Los Angeles, California, to Maggie Baird and Patrick O’Connell. Both her parents are actors. She has one elder brother, Finneas Baird O’Connell, who is a singer, musician, and actor. She is of Irish and Scottish descent.

Born in a family active in the entertainment industry, she was first exposed to the show business at an early age and started singing at a very young age. In order to hone her talent, her parents enrolled her in Los Angeles Children’s Chorus when she was eight. Growing up, she idolized her elder brother who began writing and producing songs at the age of 12. Emulating him, she too began writing songs at the age of 11. Her parents home-schooled her.

She was fond of listening to songs by the likes of The Beatles, Avril Lavigne, Green Day, and Justin Bieber. Hip hop has always been her favorite genre. She was deeply influenced by the musical styles of Tyler, the Creator and Childish Gambino.

Entry Into the Entertainment Industry

Billie’s brother Finneas, who was already an upcoming star in the music world when she entered her teens, played a major role in helping his sister launch her career. Billie recorded the song ‘Ocean Eyes,’ written by Finneas, in late 2015 and sent it to her dance teacher. The teacher helped choreograph a dance to it. Originally published on SoundCloud on November 18, 2015, it was released a year later, on November 18, 2016. It became a major hit and helped introduce Billie as an upcoming singer to the world. ‘Ocean Eyes’ was certified platinum by the RIAA. This song was also included in the films ‘The Hate U Give’ and ‘Everything, Everything.’ She then put out the single “Bellyache” on February 24, 2017.

On August 11, 2017, she released her debut extended play ‘Don’t Smile at Me’. It contains many of her previously released singles like ‘Ocean Eyes,’ ‘Watch,’ and ‘Bellyache.’

Billie Eilish was already a popular singer when she released her debut album ‘When We All Fall Asleep, Where Do We Go?’ in March 2019. The success of this album, however, catapulted her to stardom. The album, featuring singles like ‘Xanny,’ ‘You Should See Me in a Crown,’ and ‘Bury a Friend,’ peaked at the no.1 position on various charts, including Australian Albums (ARIA), Austrian Albums, Danish Albums, and US Billboard 200. It was certified double Platinum in USA, Canada, and Denmark among others. The phenomenal success of the album made Billie Eilish the first artist born in the 2000s to have a no.1 album in USA and the youngest woman ever to have a no.1 album in UK.

Propelled by the success of her debut album, Billie began her ‘When We All Fall Asleep Tour’ in April 2019, at the Coachella Festival. The tour was a resounding hit, as expected. It concluded on November 17, 2019, in Mexico City. She is set to embark on her upcoming tour ‘Where Do We Go? World Tour’ on March 9, 2020.

Billie Eilish has received numerous honors and awards in her career so far. She is the recipient of two American Music Awards and two MTV Europe Music Awards among others. Even though she has been active in the industry for just a few years, she has already earned two Guinness World Records during her career.

She got her first Grammy Award nominations at the 62nd annual ceremony, where she was nominated for Best New Artist. Her debut album ‘When We All Fall Asleep, Where Do We Go?’ received multiple nominations in categories like Album of the Year and Best Pop Vocal Album. Aged just 17 at that time, Billie became the became the youngest artist ever to be nominated in each of the main categories—the “Big Four”—in the same year.

In November 2019, Billie Eilish was crowned 2019 Billboard Woman of the Year. Singing sensations Ariana Grande, Lady Gaga, Madonna, Beyoncé, and Taylor Swift have held the title in the past. 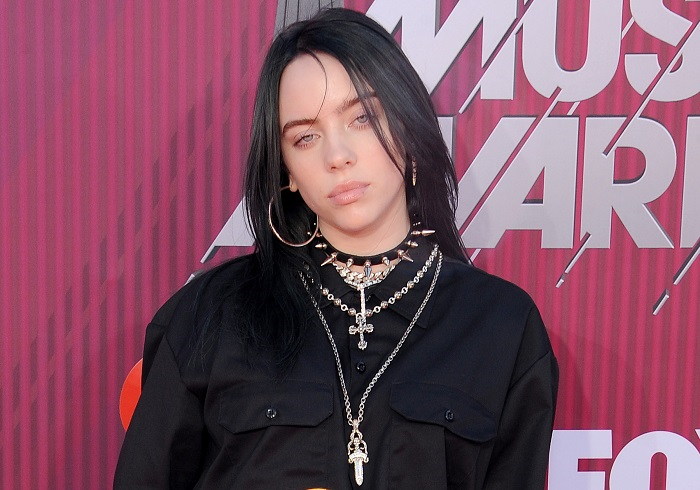 Billie Eilish has numerous friends in the entertainment industry, including Justin Bieber and Ariana Grande. She is also close to singer Drake, who, according to her, is “the nicest dude.” In a video interview with ‘Vanity Fair’ in late 2019, she stated that she was happy with her life and that she “is in a better place mentally than she has been for a long time.” In the interview, she also shared that she was single and not actively looking to date.

She has Tourette syndrome and synaesthesia. In the past, she has fought depression as well.

Her parents raised her on a vegetarian diet. According to a blog post, she has been vegan since 2014. She is vocal about issues related to animals and regularly campaigns for animal rights and veganism on social media. 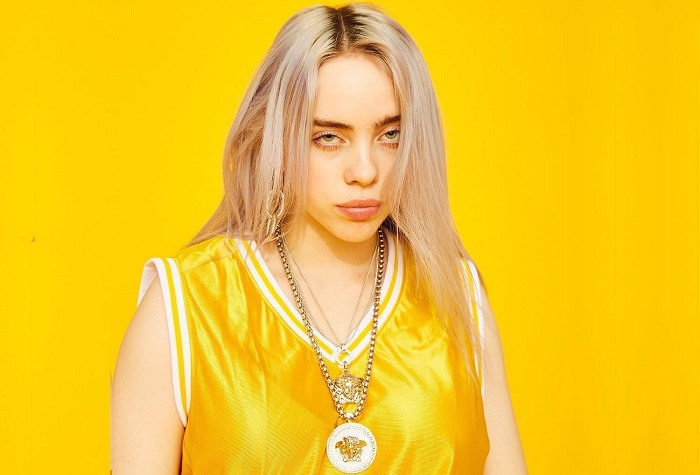 She often attracts media attention for her unique style of dressing. More often than not, she is seen in baggy clothing in sombre colors. She feels that her style of dressing differentiates her from the crowd and helps her garner attention. She also stated that she dresses this way to avoid being body-shamed by the media and the public.

She endorses a variety of brands and has collaborated with the likes of Takashi Murakami, Adobe Creative Cloud, and Calvin Klein. As someone who has struggled with depression, she appeared in a series of PSAs targeting mental health awareness as part of the Ad Council’s “Seize the Awkward” campaign.