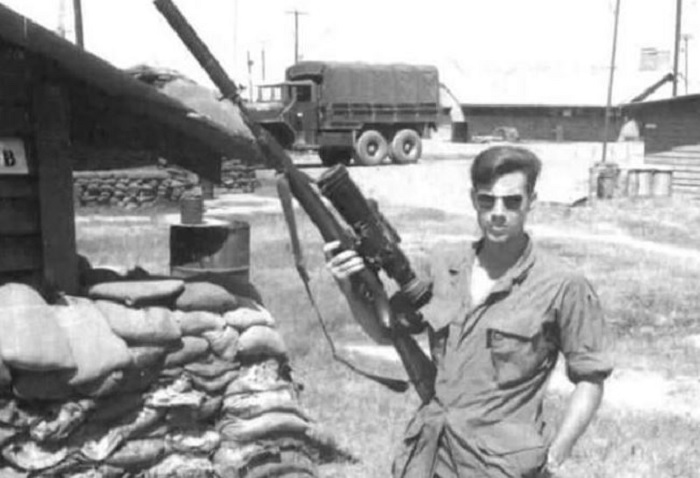 Carlos Norman Hathcock II practiced shooting from his early childhood and at the age of 17, his dream of becoming a Marine came true when he joined the U.S. Marine Corps in 1959. His skills at shooting did not go unnoticed as his seniors soon realized how capable he was, during his training period at Camp Pendleton.

He was then stationed at Hawaii, where he won the ‘Pacific division rifle championship’. He represented the Marine Corps in the “A” Course at the Marine Air Station, Cherry Point, North Carolina and scored an overwhelming 248 out of 250.

The year 1965, was a milestone in his career, when he emerged as the winner of the Wimbledon Cup, leaving behind around 3000 competitors.

The following year, the Vietnam War was gaining momentum and Carlos wanted to fight for his country, using his potentials as a marksman. He was deployed in Vietnam as a military policeman. Later, his senior, Captain Edward Land wanted to build an army of snipers and for that purpose he needed to train Marines. Carlos was one of the Marines chosen as a sniper by Land, for his previous shooting records. Soon, he was sent to Hill 55, which was situated about 35 miles South-West of Da Nang. He was swift at taking decisions and did exceptionally well as a sniper killing many soldiers of the opponent troop. This led to the opposing army announcing a reward for Hathcock’s arrest.

He then embarked on a new mission as an undercover agent, that is, covert operations. His first assignment was to execute an interrogator of French base, who was in alliance with the North Vietnamese, and Hathcock effortlessly accomplished the task.

Then he engaged in killing an NVA general, but, for this he had to pass through an open area of about 3 miles. He could not run across the area, but, had to crawl with utmost care and after the execution, he had to return through the same path in a similar fashion.

In another mission as a sharpshooter, he risked his life to save a comrade and in the process, he was caught in fire. In his entire career as a sniper, he recorded as many as 93 kills but after he was diagnosed with Multiple Sclerosis, he had to retire from his post, putting an end to his successful career. His limitations did not allow him to go in the open field and fight for his country. However, he was able to train other soldiers, and teach them the tricks to protect themselves and launch attacks on snipers from opposite troop.

His story and patriotism surely makes him a hero in our eyes. Share your views on the same.