Achieving as many social-media likes as Beyonce is no mean feat, but Lena Mantler together with her identical twin sister, Lisa, did just that. These German twins have emerged as the reigning social-media stars of this era, with their captivating content, including catchy dance videos. Part of the duo ‘Lisa and Lena,’ Lena Mantler began her journey with ‘Instagram’ and ‘TikTok’ but slowly captured the attention of fans across social media, making her presence felt on ‘YouTube,’ ‘Snapchat,’ and other apps. Together, Lena and Lisa are also termed as “the Olsen twins of Generation Z.”

Lena Mantler and her identical twin sister, Lisa, were born on June 17, 2002, in Stuttgart, Germany. They were adopted as 6-month-old kids by Viktor and Lilli Mantler. They grew up with their younger brother, Tim, and their older sister, Tyra.

Lena, along with her sister Lisa, began posting short videos and dance clips on ‘TikTok’ (then musical.ly) back in 2015. Their first ‘TikTok’ video was posted on December 10, 2015. They even showed the video to their parents to make sure what they were posting was innocent. Initially, they devoted 20 minutes a day for making their videos. 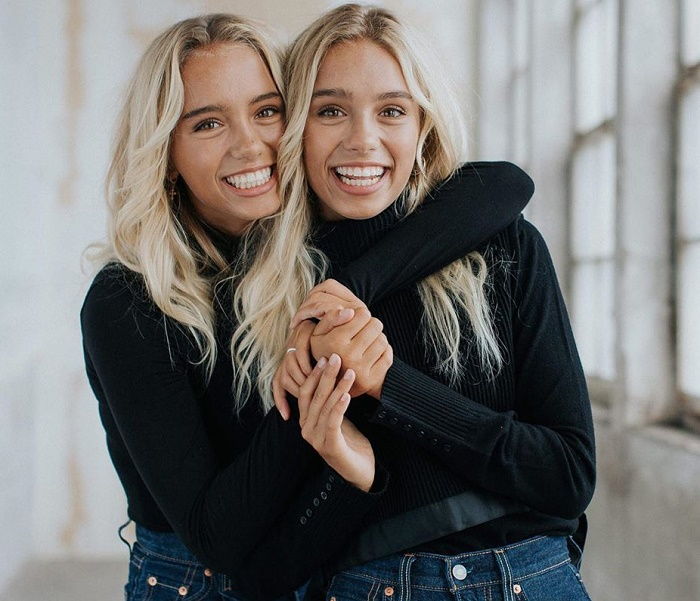 Over the years, they gained around 32 million fans on the app, through their lip-sync and dance videos and funny clips. They collaborated with fellow twins Marcus and Martinus Gunnarsen. They gained more than 10% of the total users of the app as their fans and earned as many likes on one day on ‘TikTok’ as Beyonce did after her pregnancy announcement on ‘Instagram.’ Theirs was the most-followed account on the platform, just ahead of American social-media star Loren Gray.

In March 2019, they announced through a joint statement that they would not be part of ‘TikTok’ any longer and would delete their account. They posted a handwritten message on their page to announce the same. As their explanation for their decision, they mentioned that their interests were changing as they were growing up.

However, owing to the growing discontentment among their fans, over their decision, they announced through an ‘Instagram’ story a few days later that they did not want to “support an app that isn’t safe.”

It is believed that they had referred to a privacy scandal involving ‘TikTok.’ Reportedly, the app did not have adequate child protection guidelines. Thus, users under 13 were able to access the app, thus revealing their names and email addresses without their parents’ consent.

Following their ‘TikTok’ careers, Lena and Lisa have begun concentrating on their ‘YouTube’ channel, ‘xLL by Lisa & Lena.’ They had begun the channel on January 14, 2016. However, they have started a new entertainment show on the channel and now post weekly videos, ranging from recreations of music videos to interviews with popular artists. The channel has already gained more than 50 million views and 911 thousand subscribers.

Both the sisters also appear on fashion show runways and host award shows such as the German ‘Nickelodeon Kids’ Choice Awards.’ They have their own merchandise brand, ‘J1MO71,’ which sells accessories, apparels, bags, and watches. Their brand is known for its slogans, “Dream It & Do It” and “Double Trouble.” The first is inspired by a Disney quote. They released their first original single, ‘Not My Fault,’ on July 26, 2017. It was a promotional song for their clothing collection under ‘J1MO71,’ which had just been launched back then. They once stated in an interview that the purpose of coming up with their brand was to “make other people happy.” Both the sisters have earlier modeled for the German clothing brand ‘Compose.’ They also model for their own brand and have been recently seen promoting the tagline “Be Yourself, Not Liked” for ‘Buffalo’ shoes. 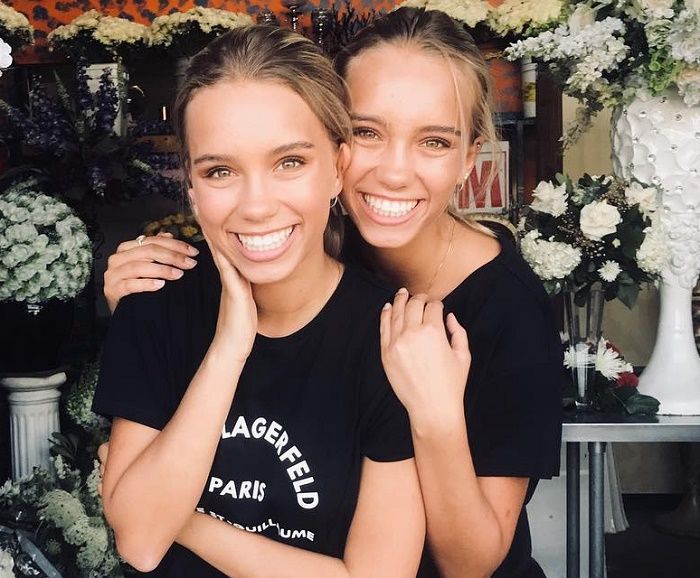 They signed a contract with the agency ‘WME’ in 2017. They tour all over the world as entertainers. They were also seen in the German TV series ‘Spotlight.’ Both of them wish to become actors later and also hope to launch their own TV show someday.

The sisters received the ‘Golden Bravo Otto’ for ‘Social-Media-Stars’ in 2016. They were also the winners of the 2017 ‘Shorty Award’ for the ‘Muser of the Year.’ They were nominated for the ‘Teen Choice Award’ for the ‘Best Muser’ in 2017.

Lena Mantler’s father, Viktor Mantler, is not too fond of the limelight. He and his wife, Lilli, are strict parents and did not let the sisters quit their education even after they became professional entertainers. He once stated, “School comes first.” Both Lena and Lisa this finished high school first and are now part of a dance academy. Lilli is an inspiration to both Lena and her twin. Lilli also helps the sisters create their online content and helps them shop for clothes for their performances.

The sisters do not highlight their family members on social media that often. However, they have shared photos of their younger brother, Tim, on ‘Instagram.’ Tim has graduated from ‘Schickhardt-Realschule.’ He loves football and has earlier played for a local football club.

Their older sister, Tyra, is a trained hip-hop dancer. Tayra has previously worked as an office manager at ‘Robert Bosch.’ She has been seen in some of the twins’ videos on ‘TikTok,’ such as a video where they were seen performing to Fetty Wap’s ‘Trap Queen.’ Tyra’s ‘Instagram’ account has more than 40 thousand followers.

Lena as a Person

While Lena and Lisa and identical twins, they are quite different individuals. Lena was born a little earlier than Lisa and is also a bit taller than her. Lena began wearing braces before Lisa. Lena has darker hair than Lisa, and her face is a bit longer than Lisa’s. The twins live in separate rooms. They do have some similarities, too. For instance, they were both good students in school and their favorite subjects were English and sports.