In the 2018 biographical comedy-drama film ‘Vice’, it is shown that one of the few redeeming qualities of former US Vice President Dick Cheney is his love for his younger daughter Mary, which leads him to accept her homosexuality and her relationship and eventual marriage to Heather Poe. Since it came to light, the domestic partnership has garnered significant media attention, especially due to the traditional conservative stand on same-sex relationship. Heather Poe, on her part, has decided to stay away from all that frenzy and live a quiet life with her wife and their children. 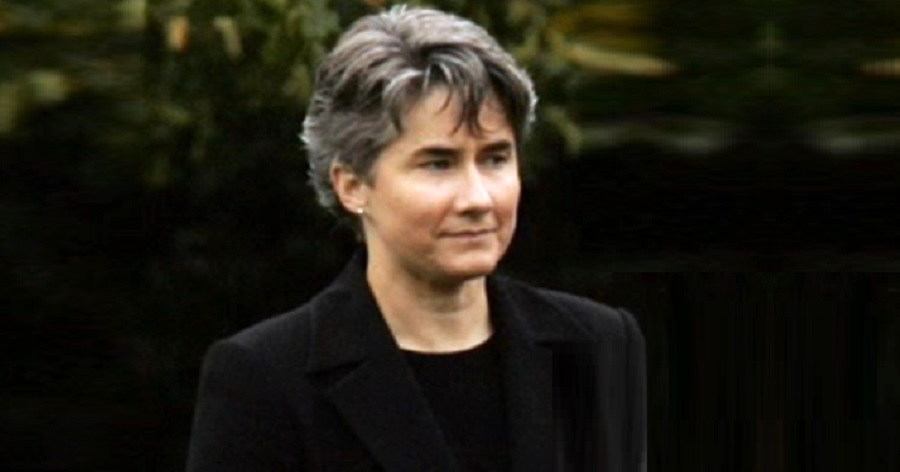 Both the women played ice hockey in their youth and were part of opposite teams. They met for the first time in the late 1980s or early 1990s. “I was a goalie and she was a defenseman. I think she scored on her first shot because I was really bad,” Mary sheepishly admitted to People magazine.

In her 2006 book ‘Now It’s My Turn’, Mary Cheney wrote that she studied at Colorado College, while Poe was a member of the roster of one of the other teams in the league. Born in 1960 or 1961, she is eight years older than Mary. Not much information is available on Poe’s academic life. Her family do not often interact with the media either.

Mary obtained her college degree in 1991. She and Poe began their relationship in the following year. The couple acquired houses in the Denver area in 1994 and also in 1998 and called the city home for a number of years.

Poe is deeply passionate about ice hockey and had played the sport as recently as 2013.

Mary Cheney described her partner as “very private”, while Stephanie Ciulla, a friend of Poe, noted that she is “very unassuming”, adding “She’s about as average a person as you’d want to meet, and I don’t mean that in any negative way.”

Poe has time and again declined the media’s request for an interview.

Cheney has been active in politics since the 1960s and had held important posts both in Nixon and Reagan administrations. Mary has been working with various same-sex organisations since the early 1990s, though she formally came out in 2006, following the release of her memoirs. When it was becoming increasingly clear that Cheney might get the vice presidential nomination, he, Mary, Poe, other members of their family, and Cheney’s entire staff knew that the lesbian couple would likely draw press scrutiny. 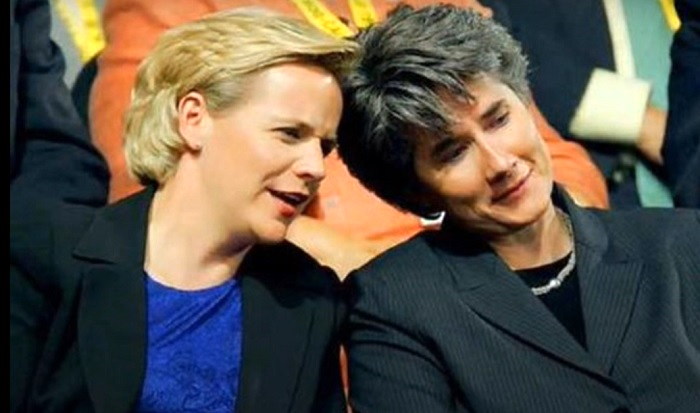 Heather Poe confided to Mary, “It’s not my first choice, but I love you and we’ll figure out a way to deal with whatever happens next.”

Mary had her reservations too. “Personally, I’d rather not be known as the vice president’s lesbian daughter,” she reportedly told her father, but promised to do “whatever I can to help out on the campaign.”

Mary whole-heartedly believed that Bush Jr and her father were the right men for the job. She served as one of his top campaign aides and closest confidantes. Poe, on the other hand, actively avoided the media spotlight.

During the 2000 vice-presidential debate, Cheney advocated for inclusiveness in the matter of same-sex relationships and even showed signs of embracing the notion of same-sex marriage.

“I think we ought to do everything we can to tolerate and accommodate whatever kind of relationships people want to enter into,” he stated. “We live in a free society and freedom means freedom for everyone”

In his own memoirs, he mentioned that when he had said that he had his daughter and Poe in mind.

In the same year Cheney left office, Poe and Mary relocated from Colorado to Great Falls, Virginia, where they purchased a $1.3 million colonial house.

The initial reports of Mary’s first pregnancy became public in December 2006. Cheney’s spokesperson told the press that “The vice president and Mrs. Cheney are looking forward with eager anticipation to the arrival of their sixth grandchild.”

Mary and Poe’s son, whom they named Sam, was born in May 2007. About two years later, in November 2009, the couple welcomed their daughter Sarah Lynne.

Heather Poe previously worked as a supervisor at UPS. She is now a stay-at-home mother. Both she and Mary love snowboarding, mountain biking, and other outdoor activities. 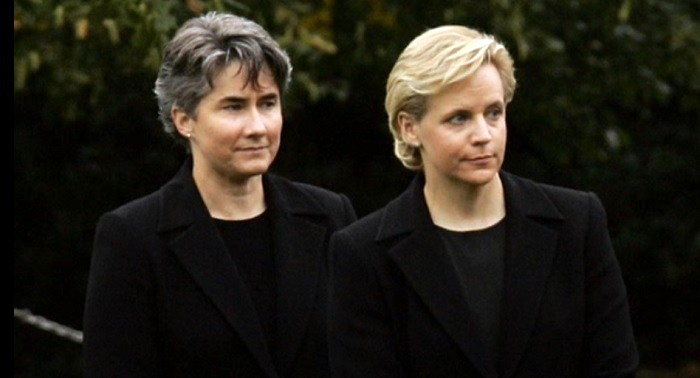 According to Ciulla, who was a member of the same ice hockey team as Poe in Arlington, Virginia and is a lesbian herself, the two are “great ambassadors” for the LGBTQ community.

In July 2013, Mary’s older sister Liz Cheney announced that she would be contesting for the Senate in 2014 from the state of Wyoming as a Republican, running against incumbent Republican senator Mike Enzi. During the campaign, she made an appearance on ‘Fox News Sunday’ where she spoke about her opposition to gay marriage.

In response, Heather Poe took to Facebook to severely criticise her sister-in-law.

“Liz has been a guest in our home, has spent time and shared holidays with our children, and when Mary and I got married in 2012 — she didn’t hesitate to tell us how happy she was for us,” Poe stated in her post. “To have her now say she doesn’t support our right to marry is offensive to say the least.”

A few weeks before that, Mary, in a post that received much less attention, wrote that her sister’s opinion on gay marriage was “dead wrong”. After Poe shared her views on Facebook, Mary unequivocally supported her, writing that her sister was “on the wrong side of history.”

Poe’s actions surprised many Cheney family watchers, as she had always seemed like a loyal, quiet follower. Kevin Kellems, who served as the White House communications director for Cheney, speculated that Poe might believe that she was free “to speak her own mind” because Cheney did not hold a public office any longer.

“Hers [Poe’s] is a powerful voice because she has been patient. And I say that as a big Liz Cheney fan — I think Liz is a major political force to be reckoned with, whether she wins this race or not,” he added.

As for Cheney himself, he had come out in full support of same-sex marriage in 2009.