Besides Ulla Thorsell, the elusive third wife and widow of late singing maestro Charles Aznavour, only a handful of celebrity spouses can be named that have successfully evaded media attention throughout the entire course of their marriage. Quiet and reserved, she has time and again declined requests for interviews and rarely had been seen in public with her husband. There is an aura of mystery around her that journalists have been trying to solve for decades. Aznavour had already gone through two marriages and numerous affairs when he exchanged wedding vows with Thorsell in 1967. They were together for over five decades until Aznavour’s death in 2018. Here are the things that we could find about this remarkable and enigmatic woman. 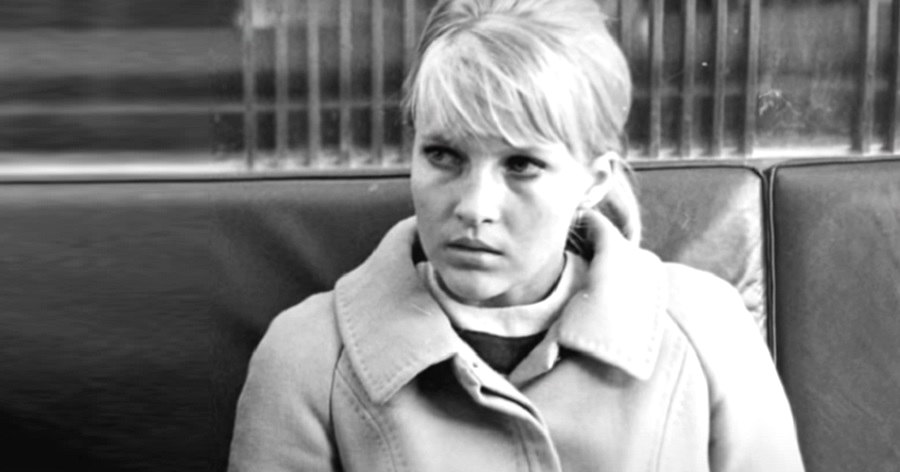 Aznavour Had a Complicated Love Life before Meeting Thorsell

The legendary singer married his first wife, Micheline Rugel, when he was only 22 years old, in 1946. The union lasted six years before ending in divorce in 1952. When asked about it in an interview with the Daily Mail in 2015, Aznavour said, “The first break-up was easy. We were both young. I wasn’t making enough money to take her on the road with me. The parting was friendly. I paid no alimony, but I paid for her new marriage and for her dentist!”

They had a daughter together, Patricia “Seda” (born 1971), who has followed in her father’s footsteps into the world of music.

As Aznavour had reiterated multiple times in various interviews over the years, he liked to end his relationships on cordial terms. But that was not the case when his marriage with his second wife, Evelyn Plessis, started to deteriorate.

“The break-up was expensive,” he told the Daily Mail. “She didn’t want to be married to me any more but she didn’t want to lose the money. To me, wanting money is not moral. It’s not my way. I’m usually able to be friends with women after we’ve broken up, but not this one. We were never friends. Too bad! She’s dead now.” 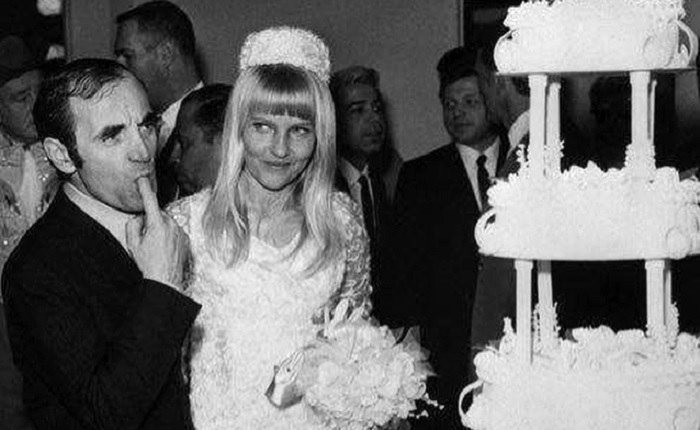 Throughout his long tenure in the industry, he was linked to a number of celebrity women. He had a well-publicised relationship with American actress Liza Minnelli, though he insisted that they were together before she was famous and went on to add that he never had “any famous lovers.”

There were speculations about his romance with Audrey Hepburn, but he denied them stating that he had never even met her. There were also rumours about a relationship with his one-time mentor, French music megastar Edith Piaf. Aznavour denied them as well, claiming that he just “dried her tears when was she was in love, but that’s about it.” 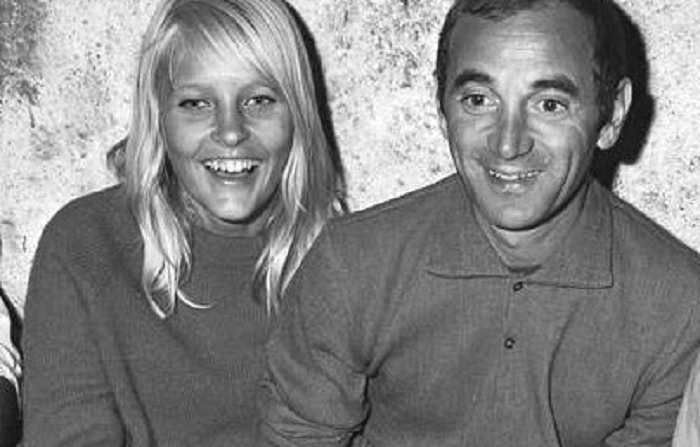 When Ulla Thorsell was brought up during the interview, he candidly spoke about her sangfroid and pragmatism. “She’s the calm of the lake and I’m the fire in the volcano. I don’t care what people think of me. I never have. My wife cares even less.”

Ulla Thorsell was in Paris when she met Clarles Aznavour at a restaurant completely by chance. She evidently left a positive impression on him. According to him, she looked beautiful without makeup, but it was her typical Scandinavian honesty that drew him towards her.

“She was funny. A month later I met her again in St Tropez where we had friends in common; Sacha Distel for instance,” the ‘La Bohème’ singer said. “We had a good rapport, but fell in love slowly, which is the best way. Fire is fire, you know, it can burn out. We married three years later. If you marry too quickly you divorce quickly.” 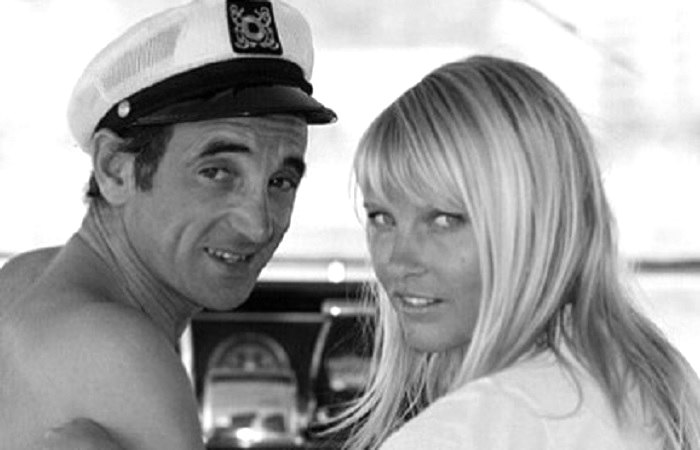 This Sacha Distel he is speaking about here was a popular singer, guitarist, and actor who was active in the French entertainment industry between 1950 and 2004. He and Aznavour collaborated on a number of projects. Distel was one of the featured artists, along with the likes of Gilbert Bécaud, Yves Montand, and Pierre Bachelet, on the 2009 compilation album ‘Charles Aznavour and Friends’.

At the time of their meeting, Ulla Thorsell was barely 20 years old, while the three-time Edison-Award-winner was 37. They tied the knot on January 11, 1967, in Las Vegas, Nevada. The couple went on to have three children together. Their oldest, a daughter whom they named Katia, was born in 1969. She was followed by a son, Mischa, a year later. In 1977, the couple welcomed their youngest son, Nicolas.

Katia, like Seda, was inspired by her father and is pursuing a career in music. Mischa is an actor, while Nicolas co-founded the Aznavour Foundation, a charity organisation that seeks to continue Aznavour’s philanthropic legacy.

Their Relationship Once Almost Ended

This was before the couple got married. Charles Aznavour recalled the incident in his memoirs. After two marriages that ended in divorce, he had become jaded about the institution and had no desire of waiting at the alter a third time. He and Thorsell lived together, and that was enough for him. 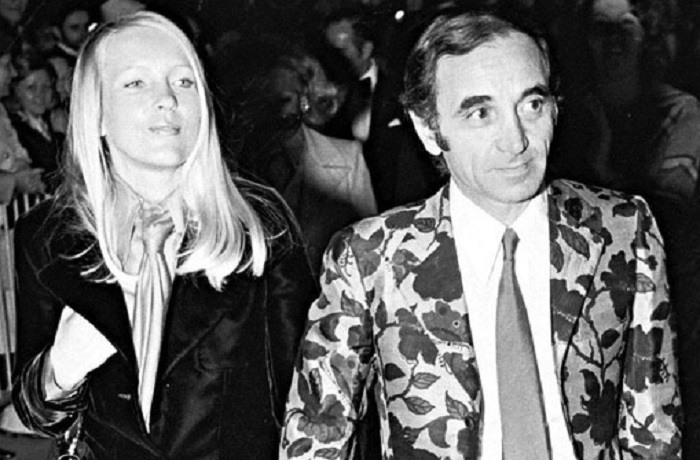 She, however, did not share his opinion, wanting marriage and then a family with him. After realising how entrenched he had become in his belief, Ulla Thorsell left him and went back to her family in Sweden.

It did not take him long to understand how empty his life was without Thorsell. He tried calling her but she initially did not pick up. Feeling dejected and frustrated, he took a flight back to San Francisco. He attempted to contact her once more from there, and this time it went through. During their conversion, he went to straight to the point and ask her to buy a wedding dress.

Ulla Thorsell is a Protestant whereas, Charles Aznavour was of the Catholic faith. According to him, her way of doing things was often completely different from him, but it helped him nonetheless. He, in turn, taught her how to take things easy and approach life with a bit of insanity.

She Spoke to the Media after Aznavour’s Death

Charles Aznavour passed away on October 1, 2018, when he was 94. Following his death, his widow gave a rare interview to Paris Match magazine, in which she revealed that listening to his music helped her deal with her grief.

“I listen to his songs in my car. Because I listen to the artist, not my husband. I have never confused the two,” she said.