Famous As:- Known for Her TikTok Dance Videos

Addison Easterling is an American social media star, model and dancer who has gained a huge following on TikTok in very short time. While she is known for her goofy videos on TikTok, she also posts fashionable pictures on Instagram regularly and has 976k followers on the platform. Prior to her social media fame, she was best known as a dancer in the local circles and can still be seen dancing in several of her pictures and videos. She is also a model who has represented many brands from her native state of Louisiana.

Addison had never used the Musical.ly app before it merged with TikTok and only started posting on the platform on July 7, 2019. The first video she posted was just for fun and to explore the new app. Soon after casually posting a lip-syncing video to a song, she realized that she had a passion for making funny and silly videos and was addicted to the platform in no time. She also liked the fact that she could be herself in front of the camera as no one would judge her on TikTok. She gradually became more regular on the platform and began to get noticed for videos in which she danced, sang and acted all at once. She first realized her stardom after her videos were shared widely on other platforms like Instagram and Facebook. Within about six months, she garnered over six million followers on the platform. 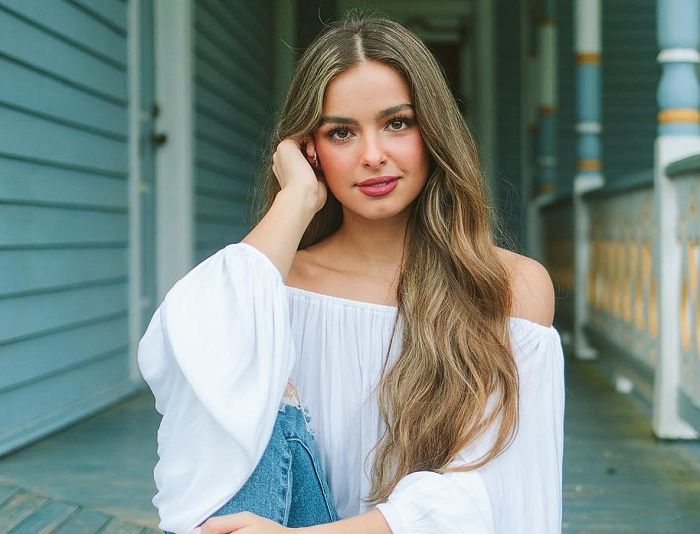 Addison is a talented dancer

Addison Easterling is a talented dancer who began dancing when she was about six years old. She is a member of the Shreveport Dance Academy and has participated in various dance events since childhood. Contemporary dance is her favorite, followed by jazz if she is in the mood, and while she also loves hip-hop, she feels it is more difficult for her to perform due to the complex choreography. She loves to dance to the music of the English rock band Florence and the Machine. Most of her early Instagram pictures showcased her flexibility in various poses. She even looked into the dance teams of different colleges and their programs before entering college.

Apart from possessing dancing skills, Addison Easterling is also very athletic and participates in various types of sports. She is particularly interested in volleyball, but she played both volleyball and softball while attending Calvary Baptist Academy in Shreveport, Louisiana. She has also served as a cheerleader.

Her favorite course in college is math

Addison Easterling, who recently completed her high school graduation and entered college, loves the math course in her college the most. According her, the teacher is “super cool” and makes sure that the class is fun as well as enlightening. It is also set up in a way that the students can take up online quizzes at home to further expand their knowledge, which she also likes. However, it is also the biggest class she has been in, with over 800 students, as many new faces “slip in” regularly, like she did before.

Addison Easterling’s first fan interaction was in a local school

When she met with her fans in person for the first time ever, she was not even expecting it. She had gone to a local high school with her brother and had an interaction with the cheer team of the school while they were practicing. She had only begun posting TikTok videos at the time and was not expecting anyone to recognize her. However, she could feel the girls talking about her in hushed voices and was pleasantly surprised when someone finally called her out by her name. She spent time with the girls, took selfies and shot TikTok videos together.

Addison Easterling, who is most famous on TikTok and Instagram platforms, has had her YouTube channel since August 2016. However, she only began posting videos on the channel in August 2019.

Addison Easterling is an emerging model

Addison is a model signed to Michael Turney Agency from her home state of Louisiana. She began modeling regularly while she was in high school and did photoshoots for local brands like Chantilly Boutique, McCary’s Jewelers and Uptown Cheapskate. She has also been featured in some national advertisements. In her only YouTube vlog, posted on August 19, 2019, she gave her fans a glimpse into her modeling career as she did two photoshoots during the day: one for a boutique store called Maven in her hometown Lafayette and the second for her cousin Sam who took some test shots.

One of the best advantages of being famous, according to Addison, is that she can travel to different places to attend different events and can meet diverse people. While she loves her home state, Louisiana, where she spent most of her life, she is now planning to visit the other states in the US. Already in 2019, she has visited Florida in May, Arkansas in August, and California in September. She comes from a very religious family and visited Jerusalem during the summer of 2019.

Addison Easterling recently did a photoshoot with Bryant Eslava

She recently had a vacation in Los Angeles, California, during which she met with several other social media influencers including Daisy Keech, Kouvr Annon, Mackenzie Ziegler, Charli and Dixie D’Amelio, Alexis Jayde Burnett, Chase Hudson, Mads Lewis, Jaden Hossler and more. She also did photoshoots with popular fashion photographer Bryant Eslava, both solo and with the other social media stars. Moreover, she made several TikTok videos with many of the other stars. She attended the ‘YouTube Streamy Awards’ during her stay, apart from sightseeing and visiting museums.

Her mother is also a TikTok star

Several of Addison Easterling’s TikTok videos have featured both her mother Sheri Easterling and her father Monty Easterling. While in her videos she can often be seen teaching her parents the art of TikTok, her mother, who appears on her videos very often, is also a TikTok star with 1.1 million followers on her account with @sherinicolee handle. Addison’s two younger brothers, Enzo and Lucas, only make rare appearances on her TikTok videos and Instagram photos, but can often be seen in her mother’s videos.

Another social media star who most commonly appears on her videos and photos is Bryce Hall. The way the two always spend time together, many of their fans ‘ship’ them as a romantic couple even though they have not made any official statement yet. She previously visited the Famous Birthdays office together with Bryce Hall and Mads Lewis. There are also several fan-made compilations of their TikTok videos available on YouTube.