Famous As:- Daughter of Chris Brown

Royalty Brown is the daughter of American rapper Chris Brown and his former girlfriend, Nia Guzman. Royalty’s paternity was proved after a DNA test. Her parents also fought an ugly custody battle back in 2018. However, Chris and Nia now have joint custody of their daughter and are often seen attending events together, such as soccer matches featuring Royalty. Royalty has a clothing and beauty line of her own. She is also on ‘Instagram,’ where her account is managed by Nia. 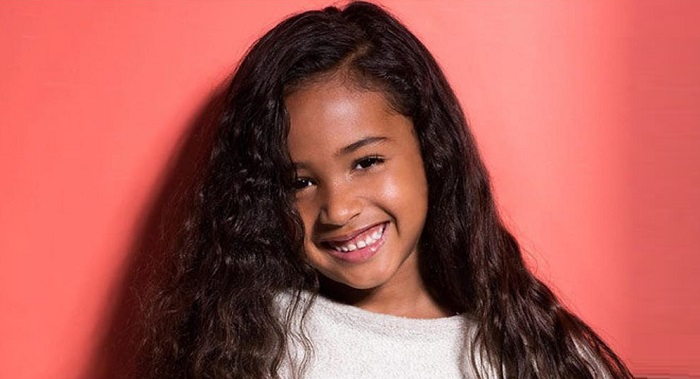 Royalty Brown was born on May 27, 2014, in Texas, United States. She is also known by her nickname, “RoRo.” Royalty initially grew up in Corpus Christi, Texas, where she lived with her mother.

Royalty is the only daughter of American singer, rapper, dancer, and actor Chris Brown, with his former girlfriend, American model Nia Guzman (also known as Nia Amey). Nia is now an aspiring nurse.

Nia was previously married to Terry Amey. They divorced on October 15, 2014. They also had a daughter, Zillah Jade Amey. It is believed, the news of Nia’s pregnancy with Chris’s baby had caused the divorce. 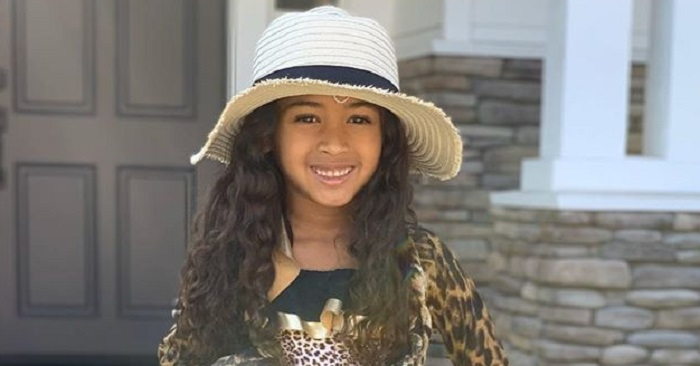 When Royalty was younger, her mother dated King Ba, while Chris was in a relationship with model Karrueche Tran.

Chris, in fact, has been linked with many women in the past. In 2011, Chris had started dating Karrueche. Chris was also in an on-and-off relationship with singer Rihanna (2007 to 2013).

In October 2012, Chris put an end to his relationship with Karrueche. In January 2013, Rihanna confirmed that she and Chris were back together, but in May that year, Chris stated he and Rihanna had split again.

He then got back with Karrueche, but they drifted apart eventually, after the confirmation that Chris had fathered Royalty with Nia Guzman in 2015. 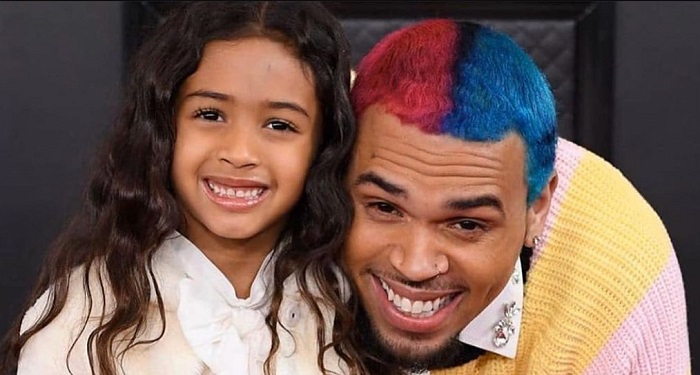 In June 2019, Nia gave birth to a daughter, Sinatra L.A., Royalty’s baby sister. Though Nia’s ‘Instagram’ account is full of the toddler’s photos with Royalty, she has refused to reveal the identity of her third child’s father.

Royalty Brown’s Relationship with her Dad: Are Her Parents Getting Back Together?

It is believed, Chris initially did not own up to fathering Royalty Brown, and it took a DNA test, a few months after her birth, to confirm that she was Chris’s child.

Similarly, in 2018, Nia and Chris were engaged in a bitter child support battle for months. However, things improved later, and both Chris and Nia now have the joint legal and physical custody of their daughter. 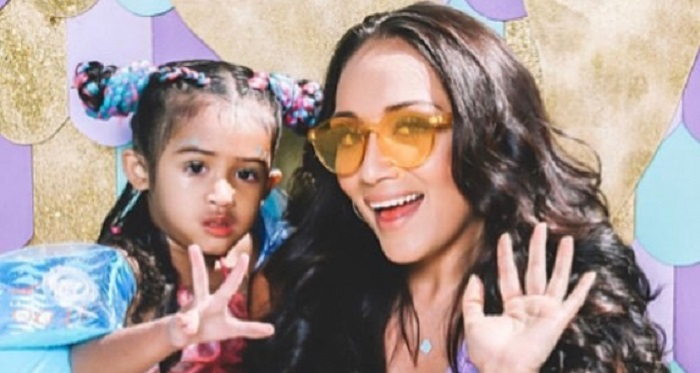 Following Nia’s insistence that she be given more child support ($15,000 a month), Chris reportedly decided to increase the amount paid to her.

They are currently co-parenting Royalty, and Nia seems pretty satisfied with the way things have shaped up. Chris is allowed to meet Royalty 12 days a month.

On August 22, 2015, Chris declared on his ‘Twitter’ profile that his new album would be titled ‘Royalty’ in honor of his daughter, Royalty Brown.

On October 16 that year, the album cover, a black-and-white picture featuring Chris with Royalty in his arms, was released. The album was released in December 2015. 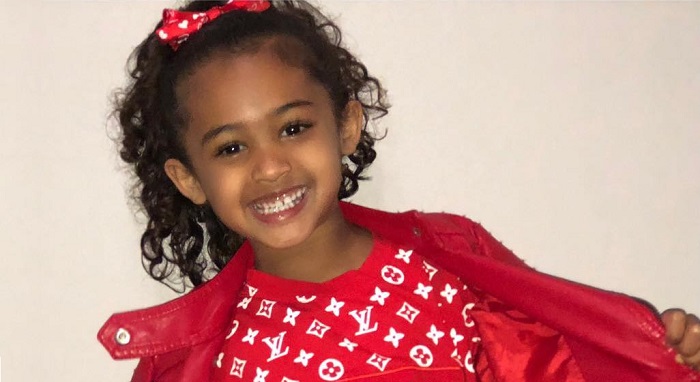 Though Nia and Chris are no longer in a relationship, they stated they are “trying to make it work” for Royalty, who Chris has claimed is “the most important girl in his life.” He wishes to show Royalty how much they love her.

On March 8, 2020, the pair were spotted attending one of Royalty’s soccer games. Nia shared several videos featuring Royalty in her football uniform and running around on the field. Nia also posted a picture of Chris with Royalty in his arms, with the caption “The Winners,” in her ‘Instagram’ story, after Royalty’s team won.

Chris wishes to give Royalty a “normal upbringing.” Reports claim Chris has matured a lot after Royalty’s birth.

Royalty Brown, too, is a “daddy’s girl” and is proud of Chris. Royalty was once injured while trying to copy her father’s dance moves. Described on her ‘Instagram’ profile as her “first major boo boo,” it was a misstep while mimicking one of Chris’s well-known spins. Royalty also got clicked sporting a colorful bandage on her forehead. 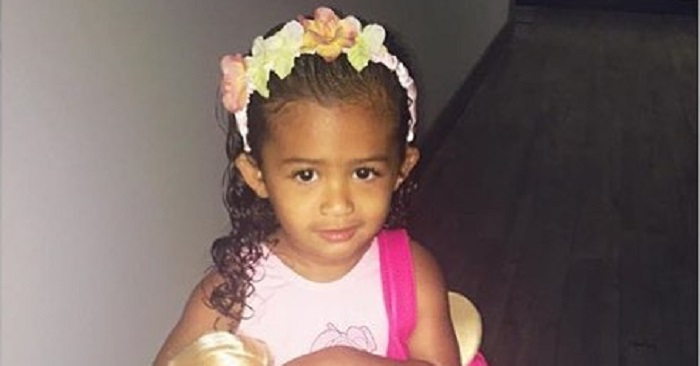 At the ‘Grammys’ in 2020, Royalty accompanied her dad on the red carpet. She was also once spotted dancing to the ‘Macarena’ remix.

Chris once shared a video that showed Royalty telling jokes to a room full of people during a talent competition at school.

Rumors have stated that Royalty’s parents might get back together, as reportedly Chris and Ammika Harris have also separated. However, Ammika and Chris have recently been clicked enjoying a vacation.

Royalty Brown has her very own website, www.royaltybrown.com, where one can buy accessories, clothes, glitter, nail paint, and other fancy items. 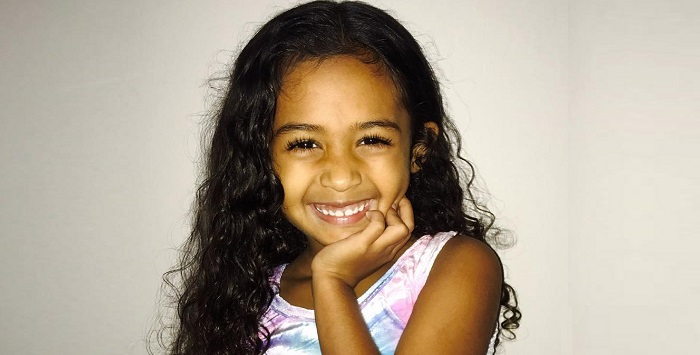 She also has her own brand of unisex clothes, ‘Royalty Brown Clothing,’ geared primarily toward children of her age, and representing her fun-loving and extroverted personality. Royalty loves monsters, and has a fun version on the website, personalized by herself. She has also hosted a “Name a Monster” contest on her website.

Royalty Brown also has her own ‘Instagram’ account, “missroyaltybrown,” which has around 691 thousand followers. The account is managed by her mother and posts snippets from Royalty’s life. Royalty is often seen posing with her friends, such as Megaa Omari, rapper Omarion’s son.