Maximo Rivano is an American ‘TikTok’ (formerly ‘musical.ly’) star. His lip-sync videos and dance clips have made him a darling of his fans. His boyish good looks too have helped him gain a considerably large fan base. Some of his initial videos also showcased his soccer skills, as he is also a talented soccer player. Not much is known about his family or personal life, and it seems he likes to keep his personal details away from the media spotlight. He already has his own brand of merchandise and has also collaborated with a number of popular ‘TikTok’ stars. He is equally popular on ‘Instagram,’ where he posts content showcasing his family, friends, and his soccer performances.

He initially played soccer as part of the ‘Beachside Under-16 Academy,’ a developmental club located in Connecticut. In August 2015, Maximo joined the ‘Beachside Soccer Club Academy’ at the tender age of 11. 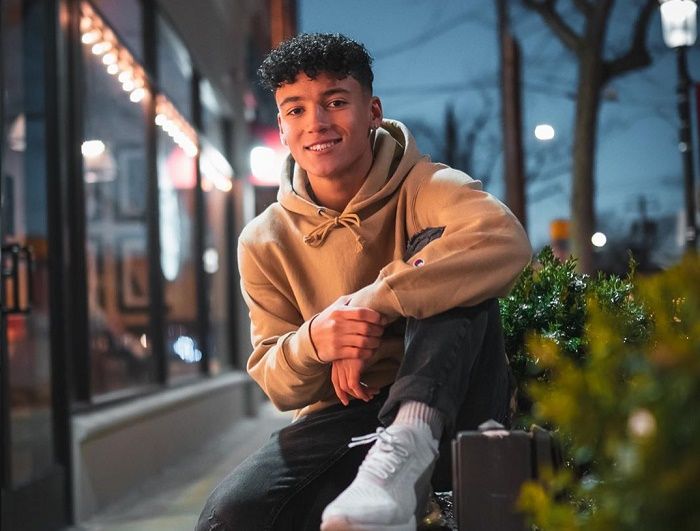 Maximo’s father, Cristian Rivano, is a creative designer and the founder and owner of the start-up ‘Chameleon Method LLC.’ The company is a design services organization. Maximo has a sister named Nicole Anastasio.

Maximo Rivano has also worked as a product designing intern at his parents’ start-up. The internship has helped him develop his creative skills and has given him a new career option to pursue, in case his soccer career fails later.

During Maximo’s internship, his father made the ‘MX’ logo that Maximo later used for branding his merchandise. When Maximo gained 200 thousand followers on ‘TikTok,’ his parents gifted him a box of clothing items with the ‘MX’ logo. He then began using his ‘MX’-branded gear while filming his social-media clips.

He once stated in an interview that his parents could not comprehend the extent of his popularity initially but always supported his efforts.

Maximo Rivano initially gained game with his dance videos and lip-syncs on ‘TikTok.’ He also posted a few videos that showcased his soccer skills. His ‘TikTok’ account, ‘maximorivano,’ has, over the years, gained more than a million followers and over 23.7 million likes.

He once stated that his ability to be consistent in terms of the themes of his posts and his effort of communicating with his fans had helped him gain such massive popularity online.

He is also often seen collaborating with Mark Anastasio and Luca Lombardo for his ‘Tiktok’ videos. All three also have a common interest: soccer.

Maximo has a mole near his nose. He is known for his signature curly hair and toned physique. His smile and his boyish charms have made him hugely popular with teenagers. He is fond of wearing ear studs.

His favorite sport is soccer, and he has a fetish for shoes. Maximo loves matching his clothes with his shoes. His branded merchandise is available on https://mxwear.shop. Known as ‘MX Wear,’ the range includes hoodies, T-shirts, and hats.

He believes the aim of his website is to sell clothing items he loves wearing and to help his fans find clothes that are good in quality and comfortable, too.