North West is the first-born child of American reality TV star Kim Kardashian and her husband, rapper Kanye West. The prematurely born baby girl attracted media attention right from her infancy, thanks to her celebrity parents. From an early age, North (also known as Nori) has been spotted accompanying her mother in the front rows at various “Fashion Weeks.” She has already stepped into her mother’s fashionista shoes and is considered a mini style icon. It is believed, she receives extremely expensive and exclusive gifts, especially from her mother. 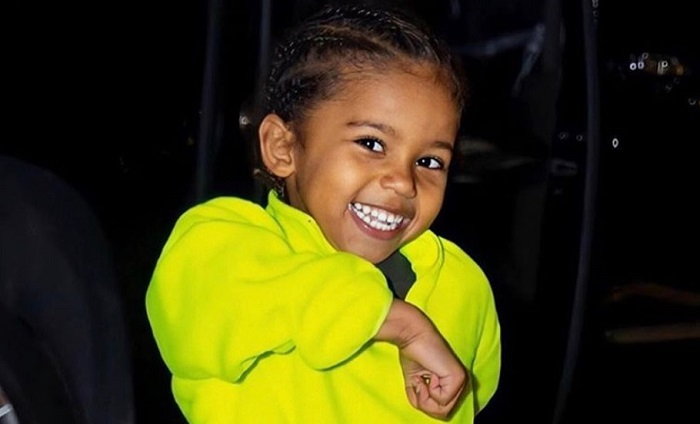 The Birth of a Little Celebrity

North West was born a month ahead of time, on June 15, 2013, at the ‘Cedars-Sinai Medical Center,’ Los Angeles, U.S., to American reality TV personality Kim Kardashian and rapper Kanye West. At the time of her birth, her parents were engaged but not married. North’s mother, Kim, suffered from pre-eclampsia during the pregnancy. Thus, the birth was forced to take place prematurely, in the 34th week. North West weighed 4 pounds and 15 ounces at birth.

Her unique and unusual name created quite a stir in the media. Apparently, Kim heard the name for the first time in March 2013, when she appeared on ‘The Tonight Show with Jay Leno.’ According to Kim, Jay Leno said it as a joke, and she rejected it at first. However, within 4 to 5 days, she and Kanye together decided upon the same name. Speaking about the same, Kim later said, “They (children) really become the name you name them.”

As Kim suffered complications during her first two pregnancies, she was advised against any further pregnancies. Thus, Chicago and Psalm were born through surrogacy. Apparently, though North initially loved her younger brother Saint, he was a little jealous of him.

From a young age, North West was seen accompanying her mother to various “Fashion Shows” and “Fashion Weeks,” occupying the front rows at most events. Before long, her dresses became a topic of discussion in the media. She has also walked the ramp alongside her mother, sometimes in matching outfits. At around the age of 2, she started appearing on ‘Keeping up with the Kardashians’ more regularly. 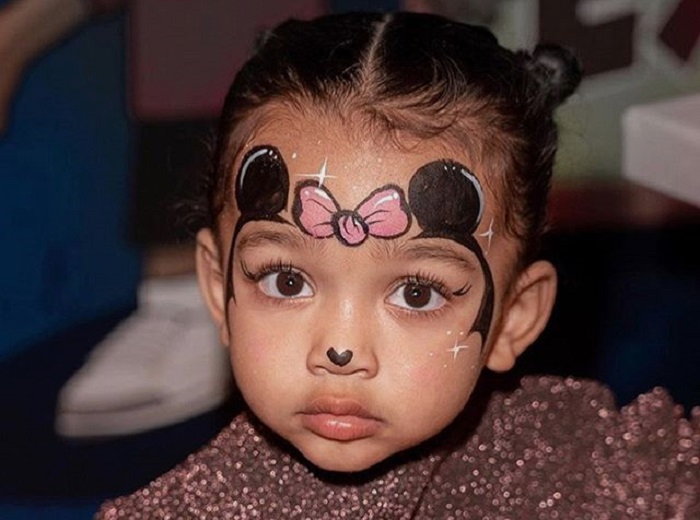 Apparently, when North was around 3, she had posted a sexy throwback picture of her mother, while playing with her phone. Though Kim is considered the “Queen of Social Media,” she has always tried to protect her children from the media glare. Though North is often seen on her mother’s ‘Snapchat’ and ‘Instagram’ accounts, Kim, being the protective mother that she is, does not appear too keen on letting her have her own social-media account just yet. At the age of 3, North was quite interested in ‘YouTube’ videos and toy tutorials.

This response made her mother emotional. Using her mother’s phone and social-media accounts, North often posts pictures and even uses filters for her pictures. 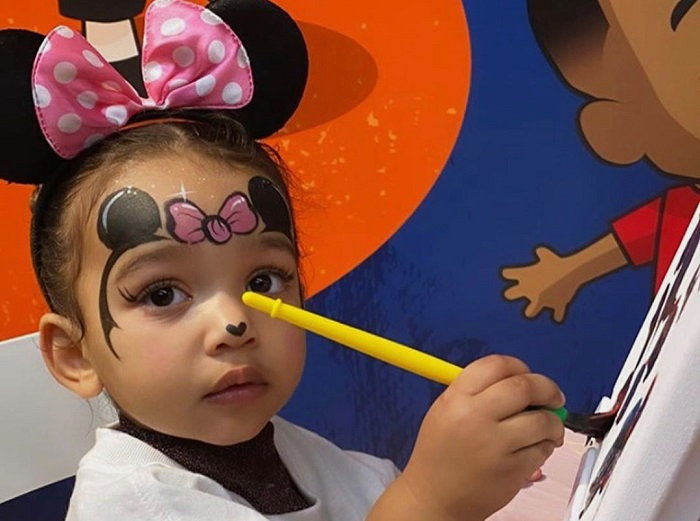 North was given a puppy as a present for her 4th birthday. She named the puppy “Sushi.” In September 2019, the family adopted two more dogs and allowed her to choose their names. North named them “Saké” and “Soba.”

North adorned the cover of the February 2019 issue of ‘WWD Beauty Inc.’ magazine

For her mother’s birthday in October 2019, North, along with her brother Saint, served her a cooked breakfast in bed and gifted her hand-painted cards. Recently, Kim said that she really appreciated her daughter North, as she reminded her a lot about herself. Kim added that North was very mature and helpful with her younger siblings.

Like all the children of her age, North enjoys imitating her mother, using her makeup and clothes. However, father Kanye has banned her from wearing makeup or crop tops till she reaches her teens. 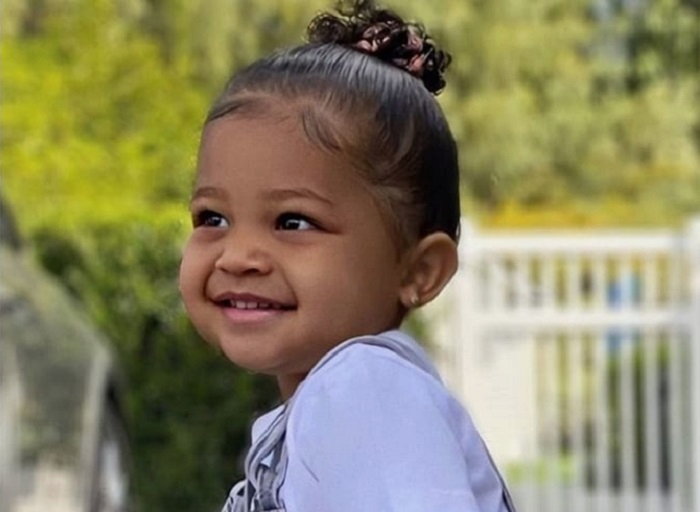 In February 2020, when ‘Architectural Digest’ was interviewing the celebrity couple at their sprawling mansion, North inadvertently barged in and stole all the spotlight.

On February 8, 2020, North’s father, Kanye West accompanied her to her school dance. The young girl presented a rap performance of an original song in front of her class, making her famous rapper father proud of his little girl.

North often receives expensive and exclusive gifts from her mother. Kim once bought her the iconic white fedora hat that was worn by American pop legend Michael Jackson in his ‘Smooth Criminal’ video. This special gift for North cost Kim over $65,000. The hat still had his make-up smudges on it. Along with that, she also purchased Michael Jackson’s leather jacket for North. 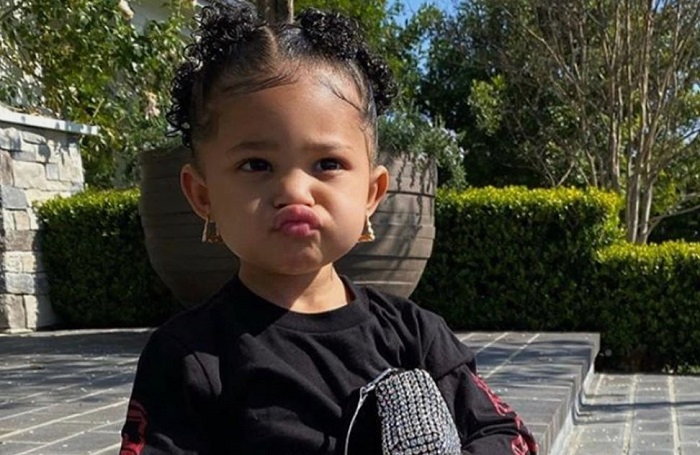 Does North Have a Boyfriend Already?

In February 2020, the media reported that North owned her own private ‘TikTok’ account. However, she is still not permitted to post on the app. She and her mother have reportedly made several ‘TikTok’ videos together, and Kim is yet to post a few of those clips. In January 2020, North made her official debut on the ‘Tik Tok’ app, with a video of herself and her “boyfriend,” Caiden Mills. The video showed the children dancing to the remix of ‘Oh Nanana’ by Brazilian music duo ‘Bonde R300.’

Caiden Mills is the son of Kanye’s friend and rapper Dexter Raymond Mill Jr., better known as “Consequence.” The boy has his own social-media account, on which he often refers to North as his “baby girl” and posts about his expensive ‘Tiffany’ gifts. Kim has refuted any such claims saying, “My daughter is only 6, there is no question of any ‘boyfriend.’” The media expresses doubt about a kid (Caiden) posting about such things on social media and suspects some adult is behind all this.