Philanthropist Astrid Menks, better known as billionaire businessman Warren Buffett’s second wife, has been the target of media gossip for a long time. She is a Latvian immigrant and previously worked as a waitress at a French café in Omaha, Nebraska, where she met Susan Buffett (Thompson). Susan, who was married to Warren back then, sang at the café to pursue her interest in music. Over time, Susan and Astrid became friends, and Susan introduced her to Warren. However, the twist in their tale lies in the fact that it was Susan who suggested they be part of an open trio. After Susan left Warren to pursue her singing career, Astrid lived with Warren, at Susan’s request. After Susan’s death, Astrid and Warren got married in a simple ceremony. She is now in a happy marriage with Warren and participates in a lot of charitable work. 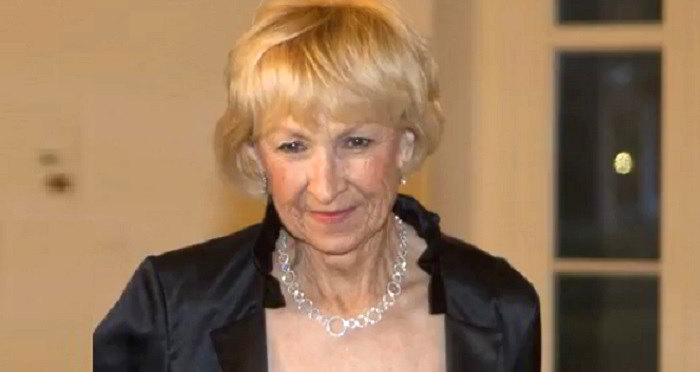 Astrid Menks was born in Latvia in 1946. She immigrated to the United States later. She moved around the country a bit before starting to work at a French cocktail bar and café at an upscale locality in Omaha, Nebraska.

While serving at the café as a waitress, Astrid Menks met Susan Buffett (nee Thompson), who had taken up a part-time job there as a singer. Susan was then married to billionaire businessman Warren Buffett but wanted to pursue her interest in singing as a hobby.

Susan made many friends at the café, including the staff. Astrid, in particular, became a good friend of hers. 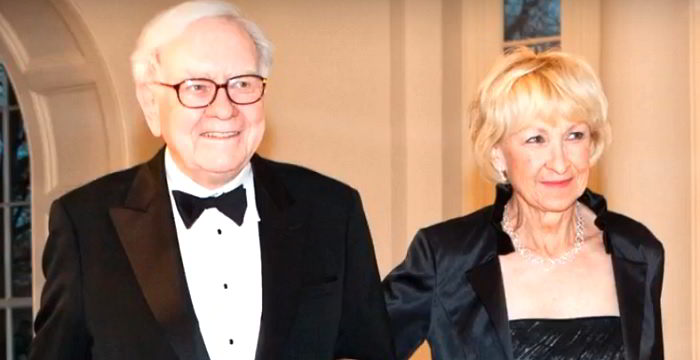 It is believed, Susan was the one who had introduced Astrid Menks to her husband, Warren. Astrid and Warren became friends soon. Initially, the trio went around together and publicly showcased their friendship. It is also known that Susan had probably asked Astrid to take care of Warren, and Astrid would often cook soup and bring it to Warren. 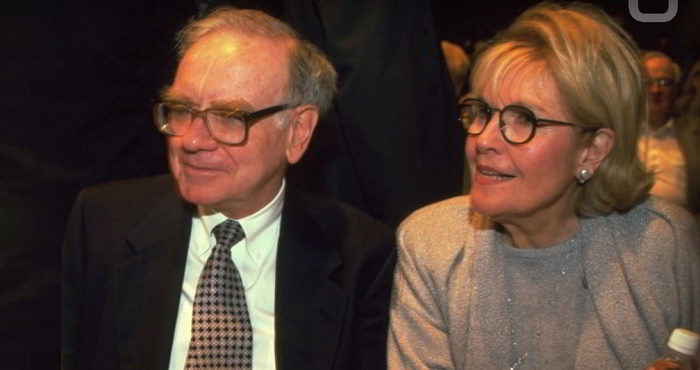 Susan, reluctant to live in the shadows of her wealthy husband, decided to pursue a career of her own. She thus moved to San Francisco in 1977, to start her singing career. However, before moving out of the house, she arranged for Astrid Menks to take care of her husband and children.

Even after she moved in with Warren, Astrid did not, reportedly, fancy getting married to him, as she knew he still loved and cared for Susan. 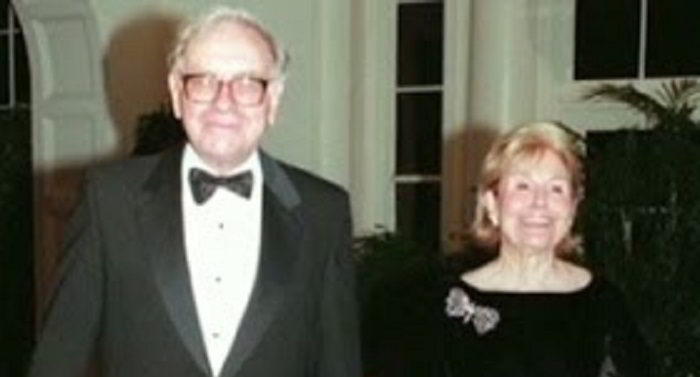 The fact that Astrid was not a “homebreaker” was proved by Susan’s interviews, one of them being for the ‘Charlie Rose Show,’ a few days before her death. However, it is believed that Susan had made Astrid sign a treaty that stated she would not try to break Susan’s marriage with Warren. Although the trio was often the subject of gossip, Warren’s daughter once stated that unconventional marriages like that of her parents (with Astrid as a third partner) were not necessarily bad. 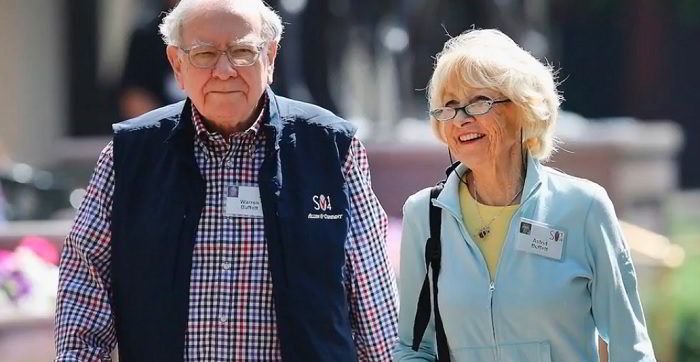 Susan had a long battle with oral cancer and eventually died of a cerebral hemorrhage on July 29, 2004, while she and Warren were visiting friends in Cody, Wyoming.

Following this, Warren Buffett and Astrid Menks continued to be in touch for 2 years, after which they got married on August 30, 2006, which was also Warren’s 76th birthday. Astrid was 60 back then. The wedding did not surprise anyone, as Astrid and Warren had been living together for years by then. Susan and Warren had three children: Susie (now a philanthropist), Howard (now a businessman), and Peter (now a musician), but none of them had any objection to the marriage or even the arrangement that their parents and Astrid had earlier. 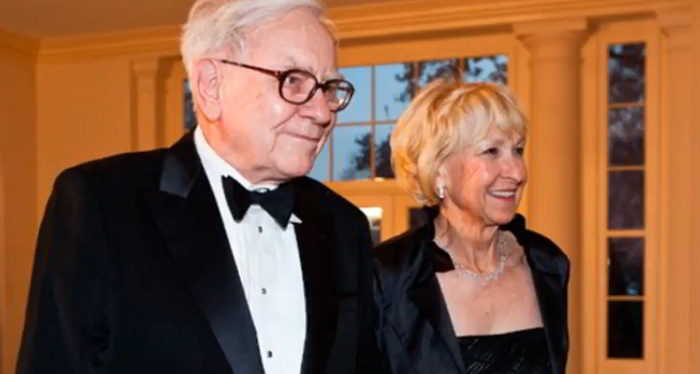 However, the wedding was a pretty bland affair, considering Buffett’s wealth (He is currently the fourth-richest man in the world). They had an unceremonious 15-minute wedding, presided over by Judge Patricia Lamberty, at their white stucco house in Omaha.

It was attended by Buffett’s daughter and Astrid’s sisters. They sold the media rights of the wedding to the ‘Omaha World-Herald.’ Warren wore a regular business suit, while the wedding ring for Astrid was bought at a discount from his own jewelry company. The reception was held at the casual American sea-food restaurant ‘Bonefish Grill.’

Where Is Astrid Now?

The couple reportedly still lives at their home which Buffett had purchased for $31,500 in 1958.

Astrid Menks, apparently, has never shown any interest in Warren’s wealth. Buffett’s daughter once claimed Astrid was with Warren “for all the right reasons” and added that Astrid would be with Warren even if he had none of his wealth. Warren is still a simple man and enjoys ‘McDonald’s’ and cherry coke more than lavish meals. He has also vowed to donate most of his wealth to charity. 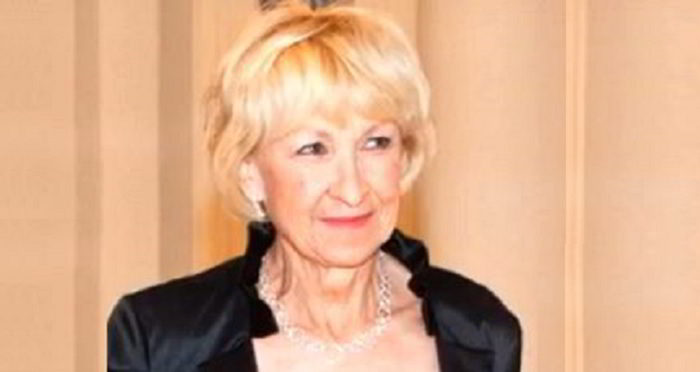 Astrid herself has worked for various philanthropic causes. She has taken over the control of several charitable organizations that were previously supported by Susan. She has supported Omaha’s ‘Henry Doorly Zoo,’ which was in the news for discovering 11 new species of lemurs. Astrid is also known as an antique collector.

Astrid also believes in bargaining and recycling. She also does errands often and has been spotted shoveling snow in front of their house.

Astrid Menks was somehow not mentioned in the 2017 ‘HBO’ documentary ‘Becoming Warren Buffett.’ However, she has been spotted with Warren at various events, one of them being the ‘Allen & Company Sun Valley Conference’ on July 12, 2014, at the ‘Sun Valley Resort’ in Sun Valley, Idaho.