Ken San Jose is an American-Filipino performer, who rose to fame after acing the juniors and coming third in the finals of the World of Dance Philippines 2019. He is a hip-hop dancer who trained with multiple teachers and dance studios to develop his own craft and hone his techniques. Today, he is considered to be one of the most talented new-age dancers, and is working hard to carve a niche for himself. He is quite active on social media where he has a massive fan base with 1 million followers on his verified Instagram account, and more than 400,000 subscribers on his YouTube channel. 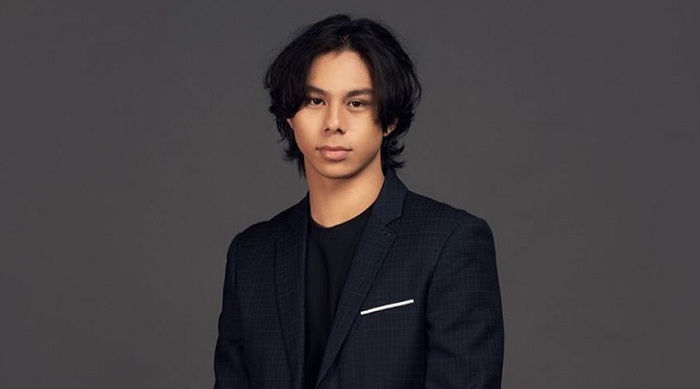 He Started As A Singer

Ken San Jose was born on the 9 April 2002, into a talented family in Los Angeles. As rightly said by him, his ‘dad’s side sings’ and his ‘mum’s side dances’. His father Cres San Jose was a member of the band ‘Back On Track’, and his mother Claudine San Jose, came from a family of dancers. Since childhood he was surrounded by creative aspirational people and started his training in singing very early in life, even before he was introduced to dancing. His father would perform in several places in America and also toured in the Philippines, and Ken would tag along with him to many of his concerts. It was only after he was 12-years of age did he start taking dance lessons.

He has sung covers of his favourite tracks such as ‘Perfect’, ‘Shallow’, ‘Lost In Japan’, and has posted these videos on his eponymous YouTube channel. He has also launched his debut single ‘Lose Control’ in April 2019 with Cornerstone Music. 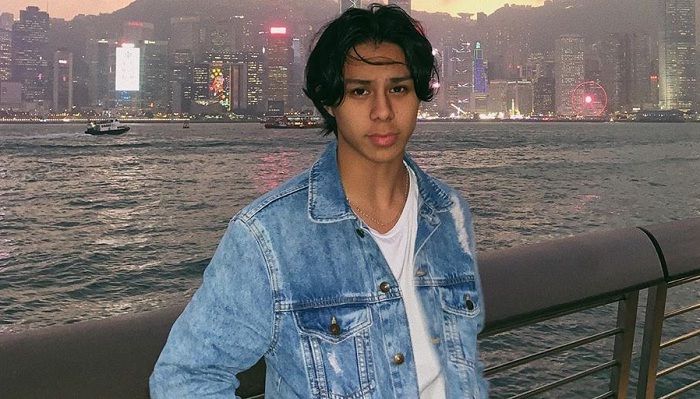 His Father Was His Hero

Ken’s dad Cres succumbed to lung cancer in 2018, and this left him heart-broken. He was very close to his father and considered him to be his hero. Ken San Jose believes that his exposure to music and the joy of being a performer was developed by watching his dad come alive on stage. According to him, this is one of the biggest factors that has influenced him, shaped him into what he is today, and pushes him to work hard on his craft. He wants to develop into a wholesome performer who aces every part of the act, be it singing, dancing or acting.

He Wants To Be An Actor

After achieving what he has at such a young age, Ken San Jose wants to explore more and wishes to foray into acting. He is open to opportunities where he can show his capabilities as an actor and wants to try out a wider variety of things in his career. He understands that it takes time and perseverance to develop and hone a skill and is ready to try his hand at new things. He believes that one should love what they do and be passionate about it, only then it is going to show results. Surely, there are a lot of fans who wish to see him and his friends act together, especially a love story between him and AC Bonifacio. 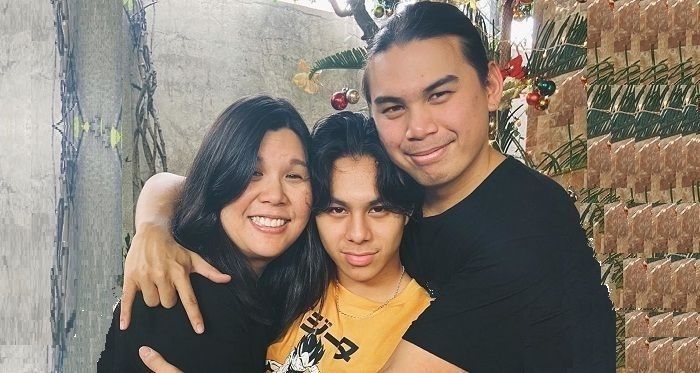 His Feelings About AC Bonifacio

Andree Camille Bonifacio, another teenage Canadian-Filipino singer-dancer, is best friends with Ken San Jose. They are quite close to each other and are often seen together. Although rumour mills would want nothing better than a ‘yes we are dating’ confirmation from these two, they are ‘just close friends’ who are concentrating on their career and studies at the moment. They believe that they are too young, yet Ken also feels they share a special bond and in the future ‘anything is possible’. He feels grateful about having AC in his life as she has been with him like a support system through the most difficult time following his father’s death. He enjoys spending time with her, and finds her to be an amazing person. According to Ken, being around AC makes him happy, as she is a very positive person and she believes in spreading happiness wherever she goes. He also feels that AC is a very talented performer.

NEED IT @masego @kaytranada had to get down with my boys real quick out here in Davao @harveynichollu @paolodsantos 🎥 : @murphycaballero #kensanjosechoreography

Ken San Jose is hugely influenced by the music of Michael Jackson, Bruno Mars and Chris Brown. He believes they are hugely talented performers and portray the perfect combination of singing and dancing in their music. Since, he is also fond of both the performing arts and has a difficult time to choose between the two, he feels it is best to work on excelling at dancing as well as singing, like his idols. 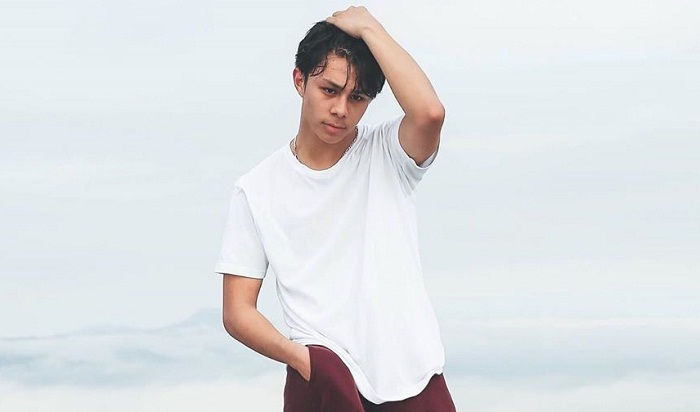 He Is Learning To Write Songs

As Ken San Jose is passionate about becoming an all-round performer, he understands it is important for him to start writing his own songs. Being young and open to experimentation, places him in the right phase in life to learn new things, and that is exactly how he is poised at delving into the world of writing songs. He is learning how to do this and hopefully we will soon have him penning down some beautiful words for his melody and moves. 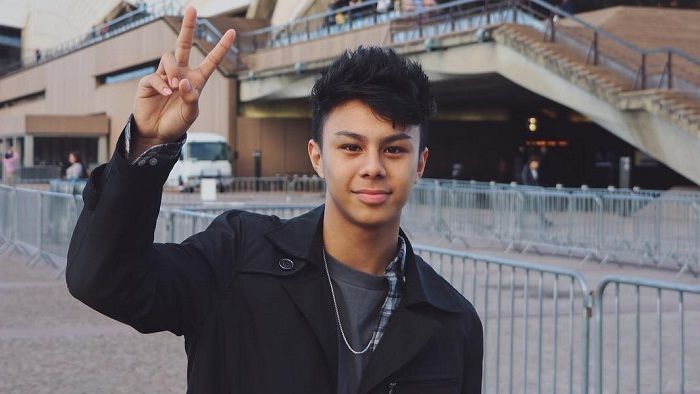 He Choreographs Every Song Differently

Ken San Jose works very thoroughly while crafting the choreography to any song. His process involves understanding the musicality, the beats, the rhythm, and the lyrics to the songs he works on. This deep involvement with the music not only inspires him, but also helps him come up with unique dance moves to each song he works with. He builds the steps after understanding every bit of the music and has a strong sense of connection with the words. According to Ken, you cannot take steps from one song and overlay it on another song, as they wouldn’t fit. This is a conscious effort to stand out as a unique performer who is creative and displays it for the world to sit up and notice. 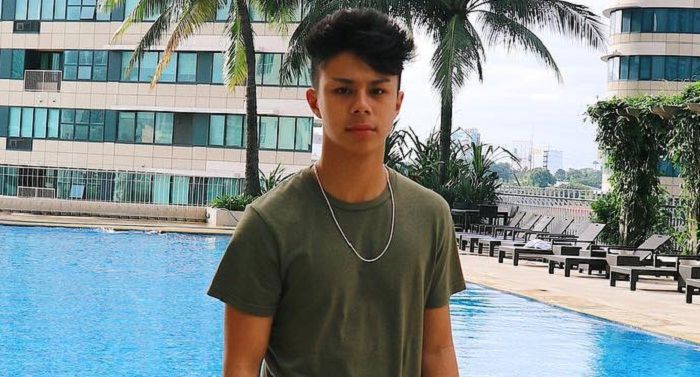 When asked in an interview about his biggest learning, Ken San Jose replied that he understood the importance and strength of community. He has a lot of respect for his roots, and identifies strongly with the power of social media. He feels in today’s day and age this community and fan-base that supports artists, gives them a wonderful opportunity to pursue their dreams and passions. Of course, there are critics and trolls as well, but everyone has their opinions and a lot of times taking criticism constructively helps him grow into a better artist.