Christina Schwarzenegger, the second of four children of Arnold Schwarzenegger and Maria Shriver, is all grown up, and she takes after her parents in more ways than one. She not only shares physical attributes with both Arnold and Maria but also has inherited her father’s passion for films and her mother’s journalistic curiosity. In 2018, she co-produced ‘Take Your Pills’, a documentary about the effects of psychostimulant medications, such as Adderall. The project was very important for Christina and her family, as she had become addicted to Adderall when she was younger. It is always good to see that people are so in control of their past vulnerabilities that they can publicly address them. Here are the things you need to know about this inspiring young woman. 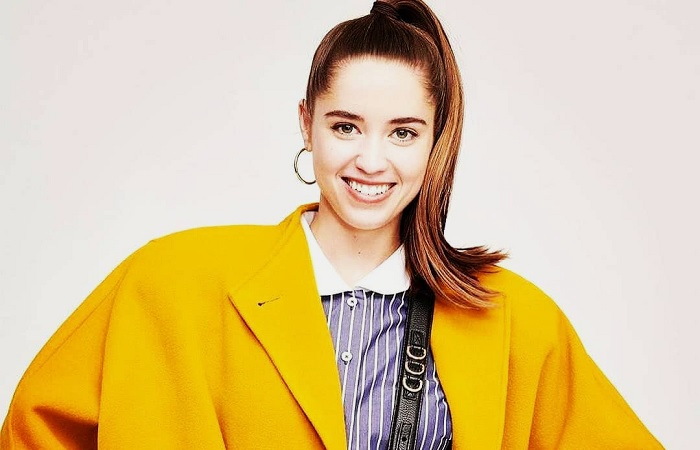 Her Older Sister Is Married to a Current Hollywood Superstar

Arnold may be one of the biggest Hollywood stars of all time, but Christina Schwarzenegger’s older sister, Katherine, is married to one of the A-listers of today, MCU actor Chris Pratt. They began dating in June 2018, about a year after Pratt’s separation from his first wife, actress Anna Faris. In October, Pratt and Faris’ divorce was finalised. He and Katherine got engaged in January 2019 before tying the knot in June that year.

Katherine is about one and a half years older than Christina, who was born on July 23, 1991. She also has two younger brothers, Patrick and Christopher. All four siblings were born in Los Angeles and grew up there, calling an 11,000-square-foot house in the Brentwood neighbourhood their home. The family also owned vacation homes in Sun Valley, Idaho and Hyannis Port, Massachusetts. They were parishioners of the St. Monica’s Catholic Church.

Following in the Footsteps of Her Mother

Like her mother before her, Christina Schwarzenegger attended Georgetown University in Washington, D.C. After her graduation in 2013, her proud mother shared a picture with her on Twitter and Facebook.

In such a turning point in her daughter’s life, the Today host could not help but recall the tender moments from Christina’s childhood. 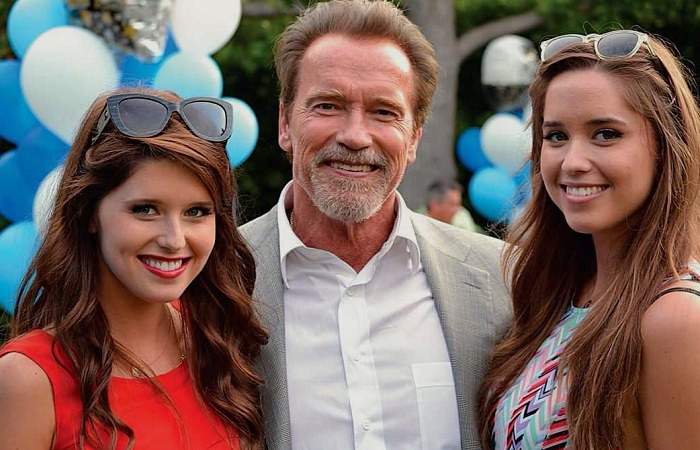 “It was a blink of an eye ago that I was playing at the park with Christina, braiding her hair, having tea parties, reading her Goodnight Moon.”

She also mentioned about the numerous challenges that young men and women face after leaving college, writing “Graduating is a thrilling experience but I know, for all these kids, it’s also scary because the list of unknowns goes on and on. Where do they go? What do they do? Can they get a job? Does it pay? Do they have loans hanging over them? Do they move back home?”

Take Your Pills Was Her Passion Project

As someone who has dealt with Adderall addiction when she was younger, Christina Schwarzenegger wanted to make a documentary addressing the issue, as she had realised that no content in that category existed at the time.

She subsequently approached her mother for help. An industry veteran, Shriver has produced documentaries like ‘The Alzheimer’s Project’ and ‘Paycheck to Paycheck’ in the past and was very happy to guide her through her first producing entry. However, she reiterated time and again in various interviews that this was her daughter’s project. 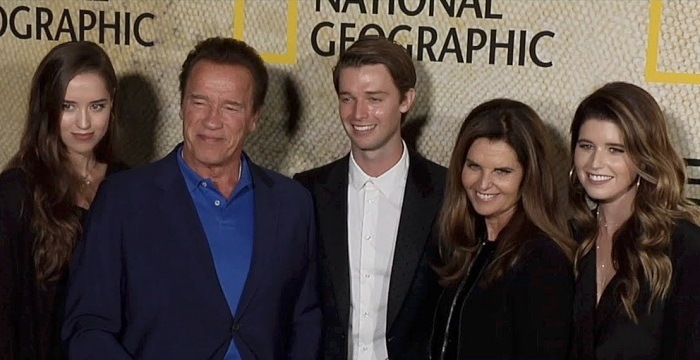 “I think it’s an important documentary for our time. So, I am incredibly proud to be her [Christina’s] partner. This was a really good idea. And she was very adamant about having a young filmmaker,” Shriver stated.

They hired Alison Klayman, whose past credits include ‘Op-Docs’ and ‘Local Voices Meet Hanna’, to helm the project, with Christina and Shriver both serving as executive producers. The documentary’s world premiere took place at the 2018 SXSW film festival before it was streamed on Netflix.

The film received mostly positive reviews from the critics, with Owen Gleiberman of Variety magazine describing it as “urgent and “eye-opening”.

She Works with Gwyneth Paltrow

Besides being an up-and-coming producer, Christina is affiliated with the wellness and lifestyle brand Goop as its assistant editor. Founded by Gwyneth Paltrow in 2006, the company has garnered considerable criticism for making dubious health claims and promoting pseudoscience. In 2017, they were forced to pay a $125,000 settlement and sign a five-year injunction that prevented them from putting out any more unscientific claims about their products. 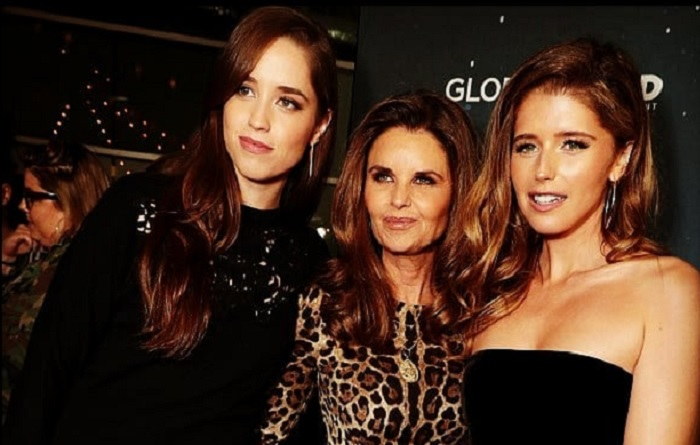 She Has Bought an Uptown Los Angeles Starter Home

In June 2019, Variety reported the youngest of the Shriver-Schwarzenegger daughters had purchased a Mediterranean-influenced townhouse in Brentwood.

The starter house was built in 2013 and reportedly cost her about $2.8 million. It has four bedrooms, a large fountain, several palm trees, a long walkway, and a gate with multiple security cameras. The house’s previous owner, lingerie designer Leigh Bantivoglio, did some renovations while she lived there.

Her Parents Had a Messy Divorce

Arnold Schwarzenegger and Maria Shriver first became acquainted at the Robert F. Kennedy Tennis Tournament in August 1977 and started dating soon after. They could not be more different from each. He was an Austrian immigrant with nothing to his name but big dreams and enough drive to make them come true. She, being the niece of President John F. Kennedy, was a scion of one of the most influential families in US history.

They dated for several years. Schwarzenegger had already cemented his legacy in the world of bodybuilding, and during this period, was trying to find a solid footing in Hollywood. ‘The Terminator’ came out in 1984. Two years later, on April 26, 1986, he and Shriver got married. 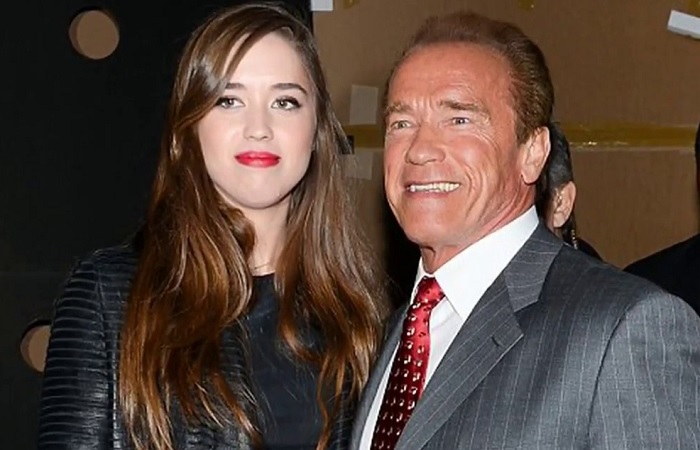 ‘Commando’, ‘Predator’, ‘Total Recall’, and ‘Terminator 2: Judgement Day’ were released in the following years, making him one of the most bankable action stars in Hollywood. And as if that weren’t enough, he announced his candidacy in the 2003 California recall election for Governor of California. He ultimately won the election and served as the 38th Governor of California from 2003 to 2011.

Not long after he left office, Arnold Schwarzenegger andnd Shriver parted ways, bringing an end to their 25 years of marriage. According to a Los Angeles Times article dated May 16, 2011, Schwarzenegger had a child with a woman named Mildred Patricia “Patty” Baena, who used to work for the family. She became pregnant with her and Schwarzenegger’s son Joseph around the same time Shriver got pregnant with Christopher. The children were born about a month apart in 1997.

Their divorce was completed in 2017. Although Shriver moved out of their Brentwood home, and Schwarzenegger kept it, she purchased a house nearby, so Christina and her siblings could easily go back and forth between their parents’ homes.

Schwarzenegger has demonstrated a deep regret about the divorce over the years. In 2014, he remarked, “I’m least proud of the mistakes I made that caused my family pain and split us up.”