‘TikTok’ star Jack Riyn has become quite famous within a few years of launching his social-media career. He began his career by posting snippets from his life on his ‘Instagram’ account. He is quite a private person when it comes to his family, as he has not revealed even the names of his parents. Similarly, not much is known about his relationship status, and it is assumed he is single. He has also recently started posting videos showcasing his life on ‘YouTube,’ though he himself claims he is not used to the platform and is trying his best to be more regular on it. He is a good friend of ‘TikTok’ sensations Christopher Romero and Sebastian Topete and has also participated in the ‘Boys of Summer 2018’ tour. 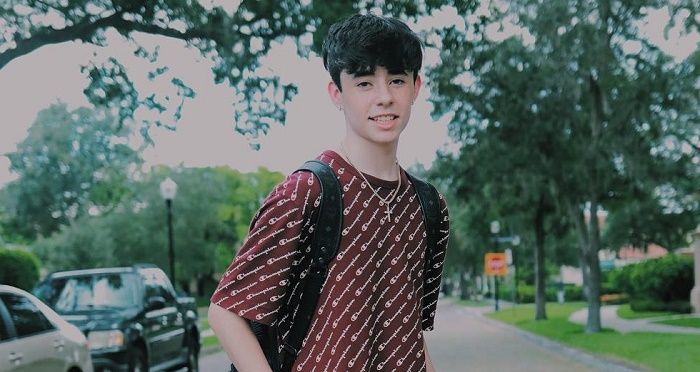 Jack Riyn was born on November 8, 2002, in Arizona, United States. Not much is known about his family or relationships, although Jack has posted a few photos with his mother. He is mostly known by his nickname, “Airjack.2.” Jack is assumed to be single, or it is possible that he does not wish to reveal his personal life to the media.

Jack Riyn started his social-media career at the tender age of 14, by posting his photos on ‘Instagram.’ He has over 263 thousand followers on the platform. His account shows him in casual poses in numerous photos.

He is now mostly known as a ‘TikTok’ star. His short comedy clips and lip-sync videos have made him a hit with his fans. He has over 2.9 million followers and more than 90 million likes on the platform. He is a good friend of fellow ‘TikTok’ stars Christopher Romero and Sebastian Topete.

Jack Riyn posted his second ‘YouTube’ video, ‘16 YEAR OLD GOES TO COLLEGE???,’ much later, on August 20, 2019. In the video, he stated that he had taken this huge gap before posting his second video because he was primarily a ‘TikTok’ star and was not ready for ‘YouTube.’ However, he said he wished to get used to the platform and post videos more frequently. The video also showed him eating sushi with his friend. Jack loves fast food and is fond of ‘McDonald’s,’ ‘Taco Bell,’ ‘In-N-Out Burger,’ and ‘Chik fil-A.’

His third video, ‘WE HAD TO BURY THIS OUIJA BOARD!?!?,’ was posted on August 24, 2019. It has gained more than 7 thousand views. It shows him with Lucas, one of his best friends, as they visit an ‘In-N-Out Burger’ outlet. It ends with him and his friends using an ouija board for the last time and then saying “goodbye” before burying it. 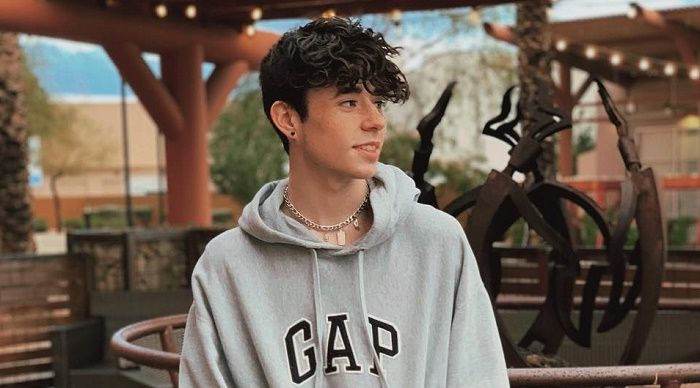 Another video of his on the channel is titled ‘ASKING RANDOM DRUNK PEOPLE QUESTIONS!?!?’ and was posted on August 28, 2019. It has gained more than 10 thousand views.

Jack Riyn was part of the ‘Boys of Summer 2018’ tour, the fourth edition of the tour, which had him traveling to 10 cities across the United States and performing with other young artists. The event was launched in Los Angeles on July 21, 2018, and had Scottish pop punk group ‘Single by Sunday’ performing on all days of the tour.

Jack Riyn likes wearing glasses and is fond of wearing sneakers and hoodies. His trademark curly hair and his lean frame have made him a darling of his fans.