Elliott Brown is an American football player and social media star who plays as a wide receiver and is studying at the University of Nebraska. While he is active on various social media platforms including Instagram, Twitter, YouTube and TikTok, he gained media recognition after spending a holiday together with well-known dancer and singer JoJo Siwa. He also featured in one of her music videos. Despite rumors of a relationship, they are only good friends. Elliott Brown, who is very athletic and comes from a very religious family, often posts pictures and videos of his games, workouts and other activities, accompanied with quotes from the Bible in the captions. 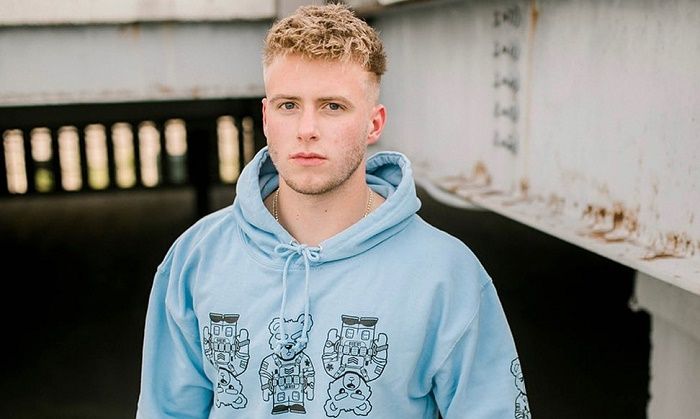 In late February 2020, Elliott Brown drew media attention after appearing in several photos and videos posted on JoJo Siwa’s Instagram account, in which the two could be seen having fun with family members while taking rides at Six Flags Magic Mountain in Los Angeles, California. In one post, JoJo revealed that she let Elliott “wear some fancy sparkly high tops” because he didn’t have shoes matching with his outfit. They even danced together for a TikTok video during the outing, which JoJo posted on her profile. A few days later, he also posted pictures from the vacation on his Instagram, stating how blessed he was for the “amåziñg timë øut in Cåli”. Soon after, fans of the former Dance Moms star flooded her social media profiles with questions about her relationship status. She was also questioned by several media outlets about her relationship with Elliott in the following months, but she maintained that he was an old family friend.

He Is Not Dating JoJo Siwa

Shortly after Elliott Brown garnered attention from JoJo’s fans and the media as her rumored boyfriend, JoJo featured on E! Online’s In the Room in March 2020, in which entertainment journalist Jason Kennedy, during a tour of “Siwa’s colorful home”, asked her about Elliot after spotting a framed picture of him. At the time, she did not give a definitive answer, but instead agreed that even her family often joked that they “would be cute together”. However, months later in June, she told Entertainment Tonight’s Keltie Knight that she was actually dating someone, but it was not Elliott, “It’s not him. I can say that with a dead straight face.” While she kept mum about the mystery person, she also added that even Elliott had asked her about her lover. 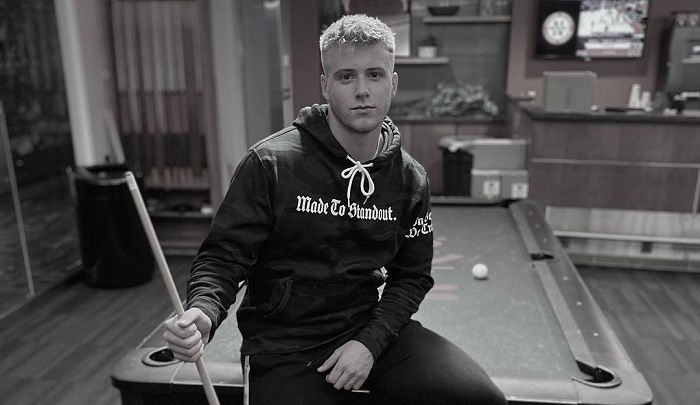 He Is from Nebraska

Elliott Brown was born in April 2002 in Omaha, Nebraska, United States to Lance and Sara Brown. He has a sister known as “EJ Brown”, who had participated in the Dance Moms reality show, which is probably how he met JoJo Siwa, who is also from Omaha, Nebraska. According to JoJo, they were both children when they first met: “He has been a family friend of mine for, oh gosh. I’ve known him since he was eight! Since I was eight.” Elliott Brown attended Elkhorn South High School, from where he graduated with honors in May 2020. He values both family and religion a lot, and has two tattoos on his two biceps: one of a huge cross with a crown and another of the Roman numeral XIV, their family jersey number, with “Family” written over it.

He Featured in JoJo’s Music Video for “Only Getting Better”

While Elliott Brown’s close friendship with JoJo came under the lens only recently in early 2020, the two had previously worked together on the music video for her song “Only Getting Better”, which was released in September 2018. In the song, they can be seen riding horses together and dining out in the farms. Following its release, JoJo had talked about the making of the song in a behind-the scenes video posted on the Nickelodeon website, in which she had mentioned, “my favorite part about making this video is I get to work with one of my best friends Elliott, I’ve known him for literally… a very long time!” Elliott’s mother had also shared a picture of him and JoJo from the shoot of the video on her Instagram and later participated in JoJo’s “D.R.E.A.M.” tour as well. 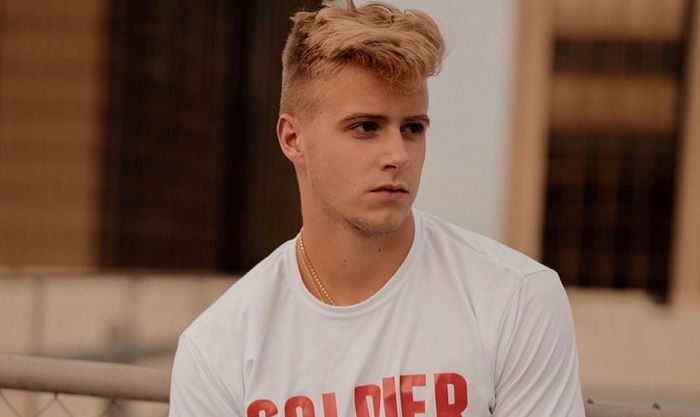 He Is a Football Player

Elliott Brown comes from a very athletic family and is very much involved in various outdoor activities such as horse riding, archery, swimming, playing golf, spikeball, four-wheeling, and above all, football. While attending Elkhorn South High School, he played as an offensive quarterback and helped his school team, the Storm, to reach the state quarterfinals in his senior year. The team ranked third in Class A in total offense and Elliott was an honorable-mention all-state pick. He was also part of a state semifinal team in his sophomore year. After completing school, he chose the University of Nebraska-Lincoln over scholarship offers from several other universities because his father was a member of Nebraska’s 1995 and 1997 national championship teams. He redshirted his freshman year because he dislocated his elbow while taking a catch, for which he had to undergo surgery in March 2020. 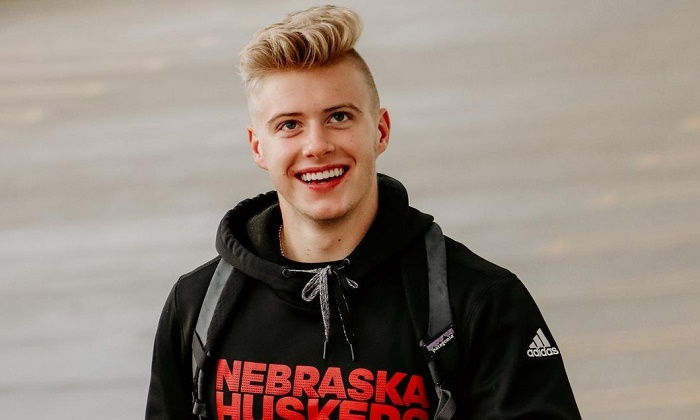 He Is an Emerging YouTuber

While not a social media influencer like his happening friend JoJo, Elliott Brown is active on most platforms including Instagram, Twitter, TikTok and YouTube. Unlike Instagram and Twitter, he only started his YouTube journey recently in March 2020 with a Q&A video in which he opened up about his life, sports, his faith, and even his relationship with JoJo, albeit in a funny way. He even addressed the issue that Google search showed him as 28 years old, stating that it was someone from the UK. He has since been posting different types of contents including vlogs, workouts, sports videos, challenges, etc. fairly regularly on his channel. In a recent vlog, he explained that the “ritual” of him and McKinley, a little girl he is very close with, started as an exercise when she was recovering from a serious car accident that had put her in coma for two weeks.