Marc D’Amelio is an American businessman and politician who is better recognized as the father of popular TikTok stars Charli and Dixie D’Amelio. Marc himself has over 10 million fans on the platform, apart from 1.8 million followers on Instagram and 642k followers on Twitter, but doesn’t consider himself to be a social media influencer.  He founded the Madsoul Clothing Company in Norwalk, Connecticut and the Level 4 Collective in New York. He ran unsuccessfully as a Republican candidate to represent District 25 in the 2018 election to the Connecticut State Senate. 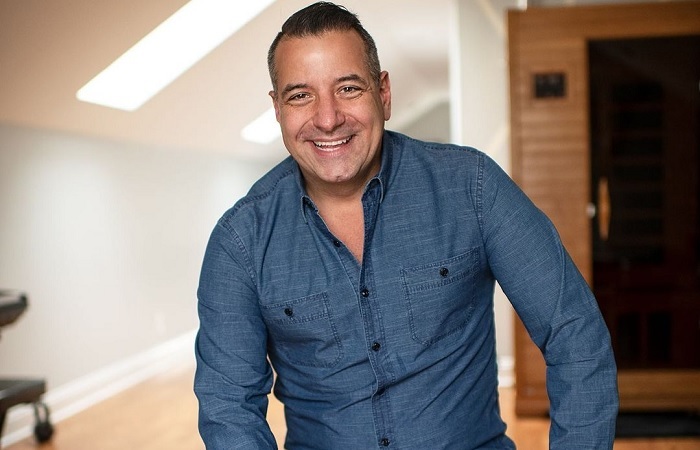 He Is the Patriarch of the First Family of TikTok

Marc D’Amelio is the father of Charli and Dixie D’Amelio, who are hugely popular on the short video sharing app TikTok. In fact, the D’Amelio family has been dubbed as the first family of TikTok because Charli is the most-followed creator on the app. It was Charli who had started using TikTok in early 2019, but was in fact ashamed of it initially because many looked down upon the app at the time. However, that all changed after she became super famous on the platform within a short period, and now the whole family actively uses TikTok and commands huge popularity as well. Apart from Charli’s 79.9 million and Dixie’s 34.6 million fans on TikTok, Marc and his wife Heidi boast of over 10.1 million and 8.9 million fans, respectively.

He Worked in the Apparel and Fashion Industry

Marc D’Amelio has been working in the apparel and fashion industry since the 1990s in New York City. He ran a sportswear business in the city and it is there he first met his future wife Heidi, who was at the time working as a model and personal trainer. After their marriage on May 13, 2000, the family relocated to Connecticut and started their family. In November that year, Marc founded the Madsoul Clothing Company in Norwalk, Connecticut and acted as its President until December 2007. That month, he went back to New York and established Level 4 Collective, a wholesale multiline showroom and sales agency that represents several top brands in the fashion industry, including Mitchell & Ness and Adidas. He currently serves as the President of Level 4 Collective. 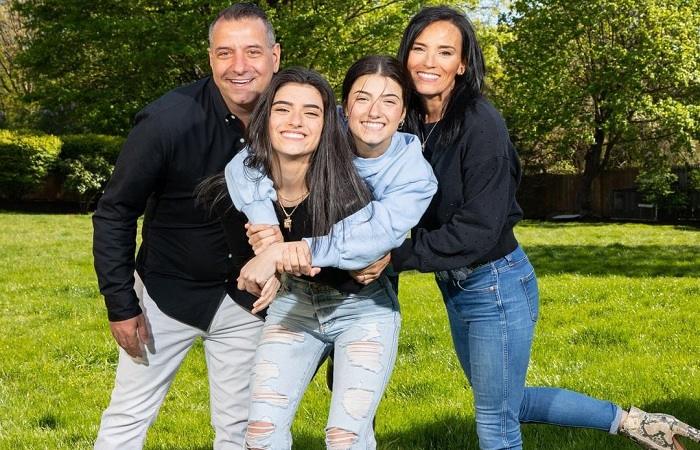 He Avoided the “Parent Managers” Trap

Marc D’Amelio, who has prior business experience, told The Guardian in June 2020 that after his daughters amassed millions of followers, it became “100%” a business as various prestigious brands started to book them for endorsements. While he and his wife had been very careful about handpicking the offers, he mentioned in his March 2021 interview with Forbes that he also “wanted to make sure that we didn’t become parent managers” like parents of other young celebrities. After asking a lot of questions, he decided to “just put things on paper”. He first hired a manager “to protect us”, then “a lawyer to look at the contracts”, and finally “a business manager … to make sure all of the money is protected.” However, he also revealed that he and Heidi have the “final say” in any case.

He Hosts a Podcast with Wife Heidi

Despite having millions of fans themselves, Marc D’Amelio told Forbes that he and his wife “are definitely not influencers”, but know two influencers, i.e. their two daughters. Nevertheless, there has been a constant demand for content from Marc and Heidi by fans of both Charli and Dixie. Charli previously told Entertainment Tonight that a reality television show on the D’Amelio family much in line with Keeping Up with the Kardashians was not out of the question. Marc also joined voice with Charli stating that “we think if we’re gonna do it, we’ll go all in with it.” As per reports, the family is all set to star in the Hulu docuseries The D’Amelio Show in the coming months. Marc and Heidi, however, have already launched their own weekly podcast, Marc & Heidi: The Other D’Amelios, from Ramble, a podcast network. Launched on February 23, 2021, the podcast hosts new episodes every Tuesday. Through the podcast, Marc and Heidi share their experience of “Navigating and raising kids in a high-tech world” with other parents of young kids.

He Tried His Luck in Politics

Marc D’Amelio has a bachelor’s degree in Political Science and Government from the University of Connecticut. He held leadership roles with the Norwalk High School Parents Club and Parent Teacher Organization and was elected to the Norwalk High School Governance Council for the 2016-2017 school year. In 2017, he was a Republican candidate for at-large representative on the Norwalk Public Schools Board of Education in Connecticut, but ranked five while all four seats were won by Democratic candidates. The next year, he ran as a Republican Party candidate for election to the Connecticut State Senate to represent District 25, while also cross-filing to run with the Independent Party. However, he lost the election to incumbent Bob Duff from the Democratic Party.

He Was Arrested for DUI and Child Endangerment

Marc’s black BMW was stopped by police officers for reckless driving at about 2:30 a.m. on January 11, 2014. Marc was driving the car with 9-year-old Charli in the front seat and three men in the back. According to Marc, he was giving out money won at the Mohegan Sun Casino to “teach his daughter a lesson about giving to the unfortunate”, while the three men “were strangers he had met at a corner store”. Two of the three men had multiple police records. He was arrested for DUI and child endangerment after he failed several requirements of the sobriety test and alcohol over the permitted level was found in his blood stream. His police records “were dismissed, erased and expunged in March 2016”, but he sued journalist Nancy Chapman after reports about it resurfaced when he was running for Connecticut State Senate in 2018. However, the lawsuit was later withdrawn by his lawyer.