Famous As:- Wife of Corey Feldman

Courtney Anne Mitchell is a Canadian model and musician who is the third and current wife of American actor and musician, Corey Feldman. A former child pageant winner, Courtney pursued a career in modeling and did photoshoots for magazines such as Playboy and Sports Illustrated. Also a trained DJ, she later became a part of Feldman’s musical group ‘Corey’s Angels’ as a keyboard player. She featured on the music video for Feldman’s song “Ascension Millennium”, appeared alongside him in an episode of LA Rangers, and participated with him on Celebrity Wife Swap. 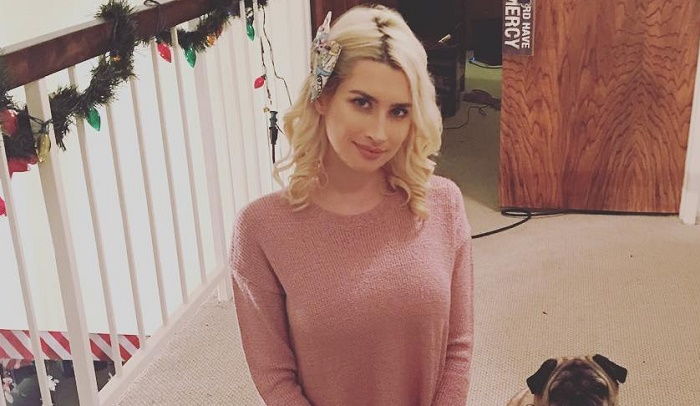 She Began Her Career as a Model

Courtney Anne Mitchell was born on January 29, 1989 in Kelowna, British Columbia, Canada and grew up with two siblings, brother Evan and sister Beverly. She was interested in music and dance since childhood and learned tap dancing at the age of eight. However, her life took a turn when she won a children’s beauty contest at the tender age of 10. She later became interested in modeling and featured on a photoshoot for men’s lifestyle and entertainment magazine, Playboy, in 2011, which earned her the opportunity to work with renowned Canadian photographer Waldy Martens and an entry into the Playboy Mansion.

Her Playboy appearance included an interview in which she was referred to as a ‘coed’ and admitted to getting down ‘n’ dirty in college restroom and having “hot sex” on a motorcycle. Furthermore, she worked with Playboy photographer David Macey in one of his ‘Ultimate Photo Workshops’ and modeled for Sports Illustrated photographer Brian Hayes. She subsequently appeared for an interview and a pictorial in the May 2012 issue of Summum, a prestigious French-language magazine of Canada, which awarded her the title of ‘Belle De Jour’.

She Plays Keyboard for Feldman’s Band

Shortly after her Playboy photoshoot, Courtney Anne Mitchell was invited to a Midsummer’s Night Dream party at the Playboy Mansion where she met her future husband Corey Feldman. By then, she had already trained as a professional disk jockey at London’s Ministry of Sound and worked at the institute’s private workshop. It was a perfect opportunity for her to team up with Feldman who was at the time focusing more on music than television or film work. In fact, girls like Courtney, who had told him at the Playboy Mansion that they had acting and musical aspirations, inspired him to form the band called ‘Corey’s Angels’ in which he was backed by a group of female members wearing furry halos and angel wings. Courtney served as a keyboard player and the DJ for the group, and after they released the album Angelic 2 the Core in June 2016, she accompanied him on a promotional tour. 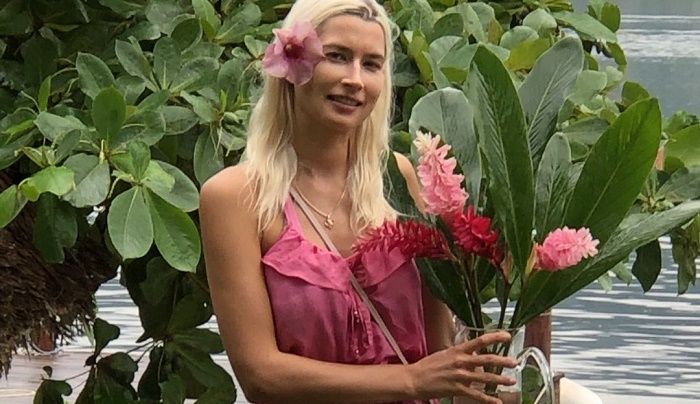 Feldman Proposed to Her Fearing Deportation

Before Feldman met Courtney Anne Mitchell, he “was a bit of a playboy”, according to his own admission to the Hollywood Reporter in October 2016. However, he clarified that he never dated anyone saying she was the one while also secretly seeing other women. He became serious about Courtney shortly after meeting her and by 2016, she was his “No. 1 partner”. However, none of them had any intention of marrying initially. In fact, he told People that he eventually decided to propose to her in November 2016, as they celebrated their 4th anniversary in Palm Springs, fearing that the new immigration laws proposed by then-president Donald Trump may end up separating them because she was Canadian.

About the proposal, he revealed that he “kinda chickened out and did a written proposal by writing a note with two check boxes, one for yes and the other for no” and sent it to her with a ring. Later that month, on November 22, 2016, the couple got married in a small, intimate ceremony at Elton John’s Fizz champagne lounge in Caesar’s Palace, which he revealed to his fans via Twitter. The wedding ceremony was officiated by Marklen Kennedy, creator of the television series Gigolos. Because Courtney is a strict vegetarian, the wedding cake was also a vegan one. 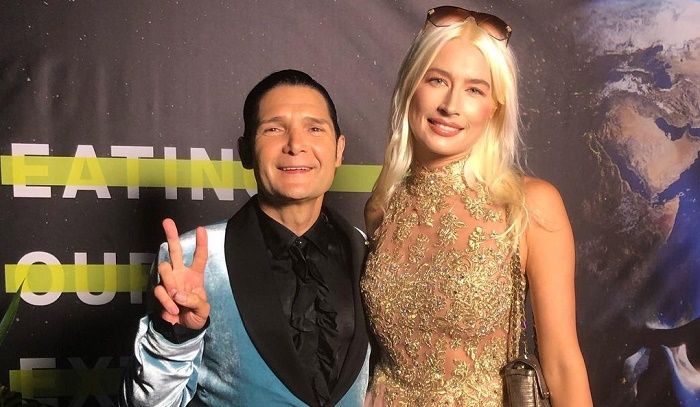 She and Feldman Not Keen on Starting Family

While announcing their engagement to People, Feldman had revealed that even though he and Courtney would tie the knot soon, they were in no hurry to start a family. The former child actor already has a son named Zen Scott Feldman from his second wife, actress and model Susie Sprague, to whom he was married for seven years until their separation in October 2009. He told People that he wanted to make sure that “Zen comes out perfectly, well balanced, before I even think about taking on any more responsibility”. He further revealed that “Courtney is young and she has a career in modeling and music, she would rather keep her body in good shape for now”. He, however, assured that she was “getting good practice with Zen”, adding that they might consider growing the family much later, “Paul McCartney style”. Feldman’s first marriage was to actress Vanessa Marcil when both of them were very young and lasted only about four years. 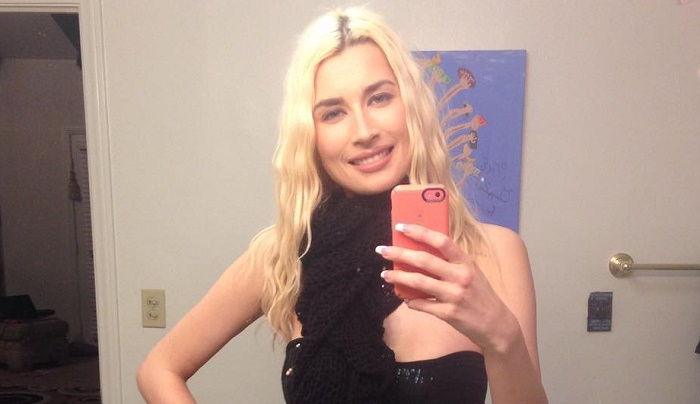 She Provides Him Moral Support

Courtney Anne Mitchell has been a rock of support for Feldman since before they got married. When their group ‘Corey’s Angels’ received backlash for their performance of the song “Go 4 It” from their album Angelic 2 the Core on the Today show in September 2016, she appeared alongside him in a since-deleted Facebook Live post and criticized the media and people for all the negative comments. She was his “maingel” at the time, and after their marriage, she came to his support when he appeared on The Dr. Oz Show in November 2017 and accused John Grissom of molesting him in the ’80s. On her Instagram, she wrote in his support, “I am beyond proud of the way my Husband handled the hard hitting questions dolled out by NBC’s Matt Lauer yesterday morning”.