Marco Perego is an Italian artist who is better known as American actor Zoë Saldaña’s husband. Marco was initially a soccer player in Italy. However, following an injury that ended his soccer career, Marco moved to New York, where he rose as a professional artist. Marco and Zoë dated for a while before getting secretly married in 2013. They are now parents of twins Cy and Bowie and a son, Zen. They have both adopted each other’s surnames. The happy couple is also secretive about their kids and are raising them in a gender-neutral environment. 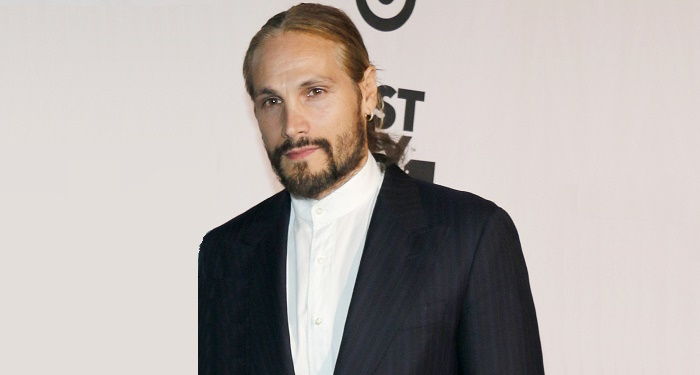 Marco Perego was born on March 1, 1979, in Salò, Brescia, Lombardy, Italy. His mother was a homemaker, while his father, Ezio, worked as a waiter.

While in Italy, Marco was a skilled soccer player. He was also selected to be part of Venice’s professional soccer team. Unfortunately, Marco sustained a leg injury at the tender age of 21, which eventually ruined his soccer career. However, after recovering from the injury, Marco decided to move to the United States.

Life in New York: The Rise of an Artist

Marco Perego always loved art. Thus, once his soccer career ended, he decided to pursue a career in art and moved to New York in 2002. Once there, he took up odd jobs. He worked as a waiter, a busboy, and even a soccer teacher, to help him sustain in the United States.

He lived in on 104th Street, in the ghettos of the Spanish Harlem in New York. Meanwhile, he continued to paint. His art career was launched after film producer Gilda Moratti, daughter of former mayor of Milan, Letizia Moratti, decided to buy one of his paintings. Soon, he was able to sell his paintings for anywhere between $15,000 to $30,000 a piece. 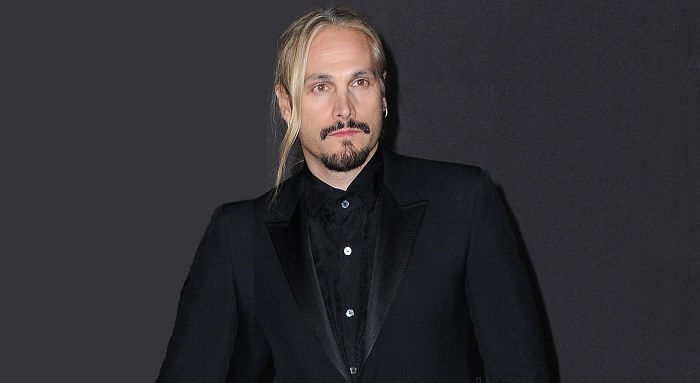 Most of Marco’s work consists of social commentary. His art has been featured at ‘Art Basel,’ London’s the ‘Royal Arts Academy,’ Zurich’s ‘Galerie Gmurzynska,’ and Rome’s the ‘Museo Tuscolano.’

In 2008, Marco painted the background for the “Where Fashion Meets Art” campaign of designer ‘Dolce & Gabbana.’ He has his own website, where he showcases his art.

Marco Perego began dating half-Dominican, half-Puerto Rican Hollywood actor Zoë Saldaña in March 2013. They were spotted kissing at the premiere of Zoë’s film ‘Star Trek: Into the Darkness,’ in May 2013. Back then, it was believed they had already been friends for 5 years, but had just started dating. They got married secretly in a private ceremony in London in July (some sources claim June) 2013. The media got a hint of their marriage in September that year, as they were spotted wearing identical rings.

Zoë was previously in a long-term relationship with actor and ‘My Fashion Database’ CEO Keith Britton. They even got engaged in June 2010. However, in November 2011, they split after an 11-year relationship. Zoë was then linked with actor Bradley Cooper. 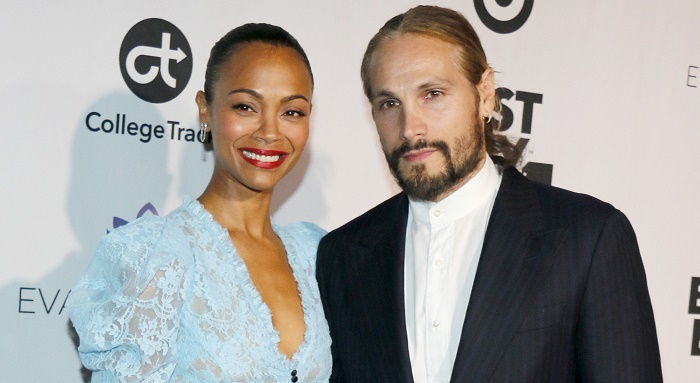 On November 27, 2014, Zoë and Marco had twins, Cy and Bowie. On December 12, 2016, they had a son, Zen Anton Hilario. However, the couple decided to keep his birth a secret and revealed it only in February 2017. It is not clear how Zen was conceived (whether artificially or not). However, Zoë later stated that she would reveal details about Zen’s birth when the time comes. She also stated, “Seeking alternative ways to start a family should be encouraged.”

They still try and avoid revealing the faces of their children on social media. Zoë and Marco believe that the kids should be on social media when they themselves decide to and not when their parents decide it for them.

They speak both English and Spanish around their kids, for them to pick up both the languages.

The couple also maintains a gender-neutral household, which means Zoë does a lot of work that is termed “masculine,” and Marco does a lot of the so-called “feminine” work.

In July 2015, Zoë revealed that reversing the age-old tradition of women taking up surnames of their husbands after marriage, Marco Perego had adopted her surname.

Though this unique action was talked about a lot, the couple made a joint statement online, which said, “Men, you will not cease to exist by taking your partner’s surname. On the contrary—you’ll be remembered as a man who stood by change…”

Marco is present on social media but is not too active on it. He has two ‘Instagram’ accounts. The first, “pirateyadimar,” has around 33.8 thousand followers and showcases snippets from his life. The name of the handle is probably a reference to Zoë Saldaña’s role in the 2003 blockbuster ‘Pirates of the Caribbean: The Curse of the Black Pearl.’ In fact, owing to Zoë’s role and Marco’s own appearance, Marco has earned the nickname “Pirate Perego.” 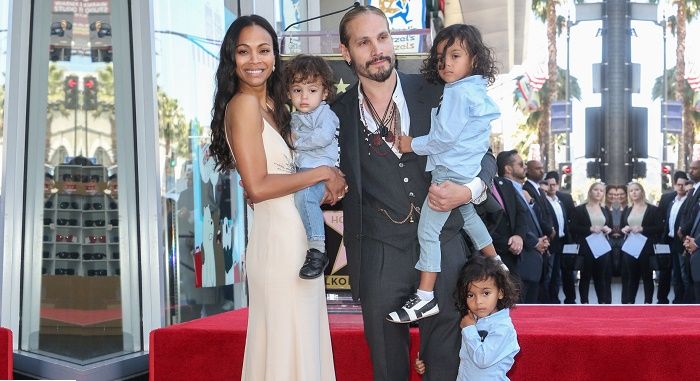 The other ‘Instagram’ account owned by Marco showcases his art. Titled “marcoperegosaldana,” the handle has gained more than 2 thousand followers.

Apart from creating art, Marco has also ventured into the entertainment world. He produced the 2014 short ‘Me + Her.’ He has produced, directed, and written the upcoming movie ‘Keyhole Garden.’ He also directed and wrote the short ‘Burn to Shine.’ He worked as an executive producer for the 2018 documentary ‘Black and White Stripes: The Juventus Story’ and appeared in the 2019 video of the Alicia Keys track (featuring Miguel) ‘Show Me Love.’

Apart from publicly supporting Zoë on social media, Marco has also been an active supporter of Zoë’s humanitarian work and has also participated in discussions in support of the “#MeToo movement.”