Michele Lacroix is the wife of Belgian professional footballer Kevin De Bruyne who represents the Belgium national team as a midfielder and is the vice-captain of the English Premier League club Manchester City. The two share two sons and a daughter. The proud mother mentions her three children on her bio on Instagram, on which she has 302k followers and often posts pictures of her children as well as fashion snaps. While the former promotions agent may not regularly attend her husband’s matches, she gave up her career to support him. 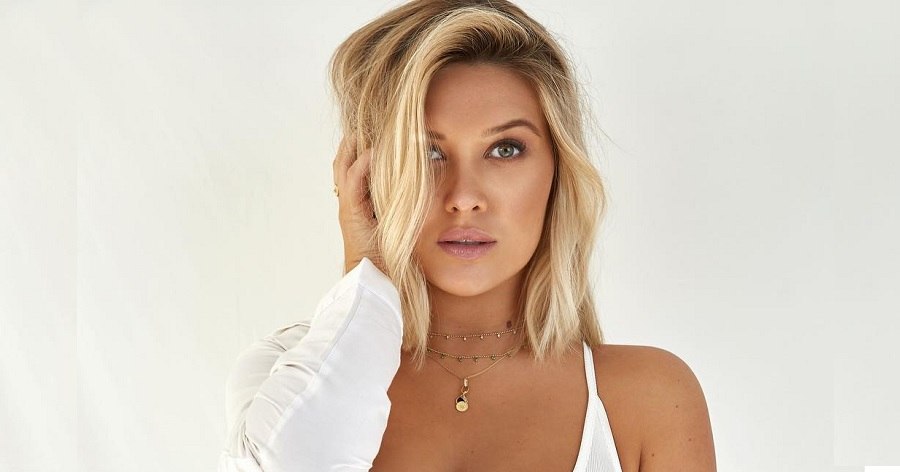 Michele Lacorix’s relationship with her future husband Kevin De Bruyne “started with a tweet”, which the latter revealed in an article for the Players’ Tribune titled “Let Me Talk” on April 15, 2019. At the time he was still on loan at Werder Bremen and had only a few thousand followers on Twitter. However, when he posted a tweet “about a match or whatever, and this pretty girl favorited it”. Because he was single at the time, one of his friends who noticed the incident told him that she looked “like a nice girl” and that he “should send her a message”. An introvert, De Bruyne’s reaction was “No, no, no. Come on. People don’t like me. They don’t get me. She won’t respond.” Nevertheless, his friend took his phone and typed a message for her, but asked for his permission before actually sending it. He, “for some reason”, agreed to the idea at the moment, and thankfully, she responded to it. The two got to know each other over text messages for the next few months and eventually began dating 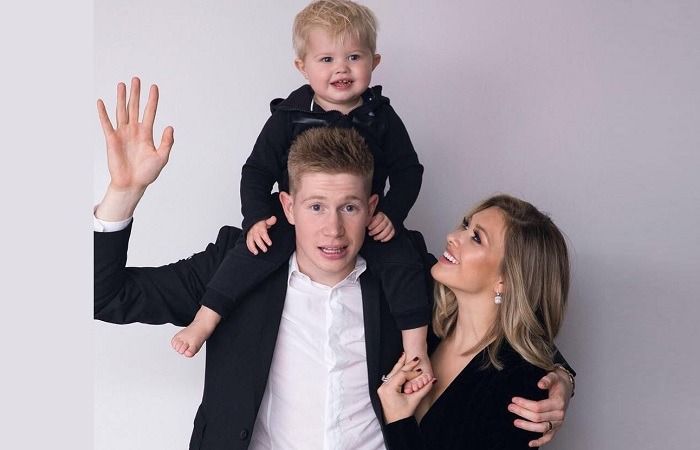 She Brought Him Out of His Shell

In his Players’ Tribune article, De Bruyne talked about how seriously his shyness had affected him while he was growing up. He even mentioned that when as a 14-year-old he decided to move to Genk by himself to attend a football academy, the foster family that club was paying for his accommodation refused to take him in after the summer holidays because he was too quiet and difficult to interact with. He was so hurt that he channeled his anger to realize his goals by repeating those words in his mind. However, he mentioned in the article that he met Michele Lacorix at a crucial point in his life that brought positive change both professionally and personally. He wrote that Michele not only helped him come out of his shell while communicating with people, she even sacrificed her own goals as a 19-year-old to move away with him and let him follow his dreams. Calling her “the most important person in my life”, he mentioned that meeting her was a “beautiful thing”, adding “She changed my life in so many ways. Honestly, I don’t know what I would do without her.”

De Bruyne Proposed to Her in Paris

While Michele Lacorix met De Bruyne when he was at Werder Bremen during 2012-13, according to major publications, they officially started dating sometime in 2014. They realized that she was pregnant with their first child during the transfer window in 2015. They announced the news to the public on September 28, 2015 and welcomed son Mason Milian De Bruyne on March 10, 2016. On her birthday in December that year, De Bruyne posted a picture of them in front of the Eiffel Tower in Paris, France and captioned it “Happy birthday to my future wife. She said yes”. They got married at a luxurious event spanning three days from 25 to 27 of June 2017 in Sorrento, Italy which took the couple six months to prepare for. Their second son, Rome De Bruyne, was born on 31 October 2018. They announced in April 2020 that they were expecting their third child and their first daughter, Suri De Bruyne, was born in September that year. 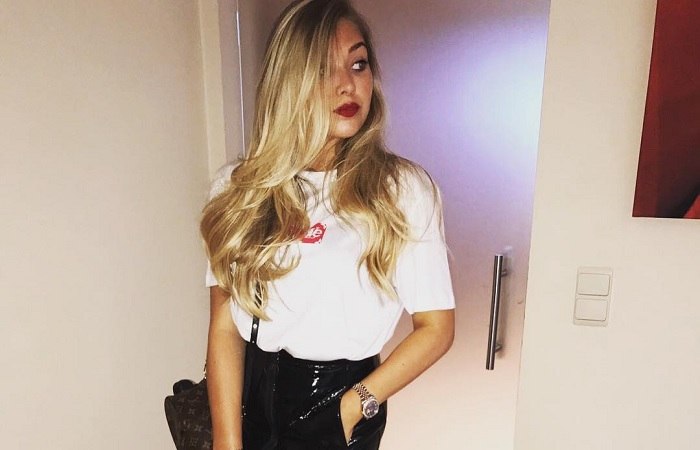 Michele Lacroix was born on December 8, 1993 in Genk, which is part of Flanders, the Dutch-speaking part of Belgium, like De Bruyne’s hometown Drongen. She attended OLV Lyceum Genk high school before studying at the University of Hasselt in Belgium. Following graduation, she worked as a promotions agent for Prime Impressions Hostesses in Hasselt. After she began dating De Bruyne, she gave up her job so that she could accompany him to the club he joined. Her husband revealed that the stress of not knowing where they would start their family had taken a toll on Michele’s health when she was pregnant with their first child, and termed it the third crucial moment in his life which taught him that his personal life was bigger than football.

She Was Not De Bruyne’s First Girlfriend

Despite De Bruyne being very shy, his relationship with Michele was not his first one. In fact, his previous affair involved a very public cheating scandal. He was in a relationship with a woman named Caroline Lijnen for about three years starting in 2010. In his autobiography Keep It Simple, published in October 2014, De Bruyne wrote a passage about his first girlfriend, revealing that she had an affair with goalkeeper Thibaut Courtois, his Belgian teammate who was also signed to Chelsea like him at the time. Following the release of the book, Lijnen told Belgian publication Story Magazine that she had the affair only after De Bruyne cheated on her with her best friend in 2012. She further claimed that she could not speak out earlier because “Kevin’s parents said they would take legal action if I gave my story”. She mentioned that after De Bruyne told her about his affair with her friend, she asked him to choose between the two of them, following which they patched up and he even took her with him to Madrid. However, the relationship was never the same, and there she met Courtois, who treated her better than her then-boyfriend ever did in their three-years-long relationship.