Joseph Jens Price is the third husband of the famous and controversial figure skater Tonya Harding. The Washington native was working as HVAC technician when he met Harding. The controversial figure skater came across him at a Washington restaurant where he was singing karaoke. Subsequently, they began dating and got married in 2010. Their son, Gordon, was born in 2011. Price operates a woodwork business in Oregon and Harding sometimes helps him in his venture. Though he makes occasional red carpet appearances with Tonya, Price largely remains the grounded middleclass American, unaffected by publicity. 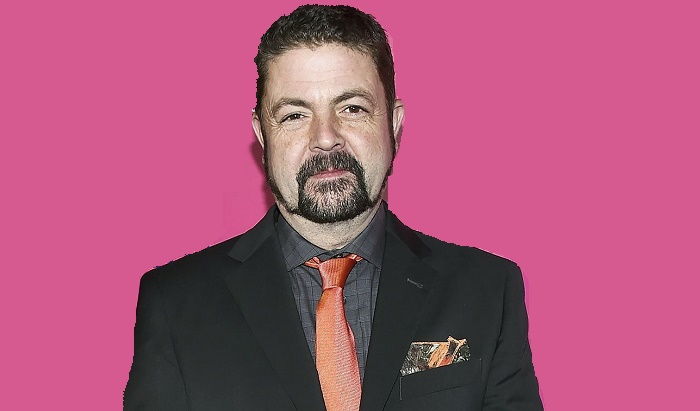 Joseph Jens Price was born in 1970 in Yacolt, Washington. Before marrying Harding, he was just another normal American and not a public figure, so not much information is available about his family or early life.

Price worked as a heating and air conditioning technician (commonly referred to as HVAC – Heating, Ventilation & Air Conditioning – worker. As he enjoyed singing, he often sang at a local restaurant, ‘Timbers.’

After completing her color commentary work on the TV show ‘World’s Dumbest,’ Tonya Harding went to a Washington restaurant called ‘Timbers.’ As usual, Price was singing Karaoke at the place. She heard him sing Jerry Lee Lewis’ ‘Great Balls of Fire.’ Harding got talking to Price and was impressed with his eyes. Reportedly, in an interview she said, ‘I’m going, damn! He has got beautiful eyes. I mean, the eyes are the center to your soul, okay? You might have a nice butt, but I want to see the eyes.’ Also, she found Price the most kind, gentle, and loving person she had met.

Price and Harding began dating, and weeks later, Harding proposed to him. The couple got married on June 23, 2010.

It was first marriage for Price. However, Harding was married twice before. She was first married to Jeff Gillooly from 1990 to 1993. He was involved in the ‘attack on Kerrigan’ controversy. Harding married Michael Smith, an IT worker, in 1995. However, they divorced within a year.

Price and Harding’s son, Gordon Price, was born on February 19, 2011, in a Washington State hospital. Both the parents have mentioned in their interviews that Gordon is the best thing to ever happen to them.

Price on His Wife

In an interview, Price spoke about his wife. In his words, She’s kind, she loving, she’s a little rough around the edges. She is a redneck, but she is my redneck.’

In April 2018, Harding competed in the ‘Dancing with the Stars’ show for the ‘Mirror Ball Trophy.’ Price, the supportive husband, cheered her from the audience. Their son, Gordon, also accompanied him. 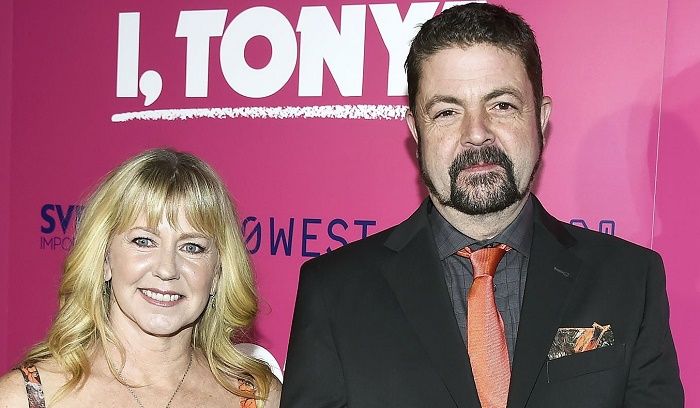 A documentary film by Neon, ‘I, Tonya,’ was premiered at the Toronto International Film Festival on December September 8, 2017. Price accompanied his wife to the Egyptian Theatre premier and shared the limelight with her on the red carpet. After the release of ‘I, Tonya,’ (wherein Margot Robbie plays Tonya), Price attracted public attention, but he continued with his normal life in rural Oregon.

Another documentary ‘Truth and Lies: The Tonya Harding Story’ was released in 2018. This featured interviews about the ‘Attack on Nancy Kerrigan’ controversy.

It is said Harding along with her first husband, Gillooly, had filmed and sold a sex tape.

Before the ‘1994 Winter Olympics,’ Harding was involved in a major controversy. Her competitor and fellow-figure skater Nancy Kerrigan was attacked and clubbed on the leg at Detroit’s Cobo Arena. Harding’s ex-husband Jeff Gillooly and three other men were prosecuted and sentenced to imprisonment. Later, Harding pleaded guilty to hindering the prosecution, and was stripped of her 1994 championship title, and was banned for life from skating or coaching. (It is, however, not known whether she was involved or was aware of the plan).

However, Price does not care about Harding’s past and remains unaffected.

After marriage, Harding took the name Tonya Maxene Price. After the ban, she switched to boxing and acting, and then worked as a commentator.

Price has a woodwork business. His wife occasionally helps in his work and the family leads a quiet, middleclass life in rural Oregon.