Songwriter, actor, and record producer Finneas O’Connell has been in the news for his phenomenal sweep at the 62nd ‘Grammy Awards’ in January 2020, along with his younger sister, Billie Eilish. Finneas initially performed as the lead singer/songwriter of the band ‘The Slightlys’ but later focused more on his collaborations with Billie. He has also written songs and produced for popstars Camila Cabello and Selena Gomez. He also experimented with acting initially, appearing in series such as ‘Glee’ and movies such as ‘Bad Teacher.’ Being homeschooled, both Finneas and Billie could devote most of their time to music. They are also blessed with music-loving parents who are themselves associated with the entertainment industry. It can thus be safely assumed that Finneas’s recent haul at the ‘Grammys’ is just a prelude to a remarkable career as a musician, producer, and songwriter. 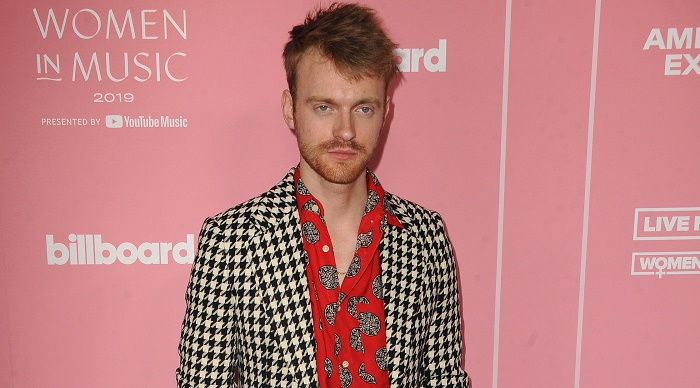 Finneas O’Connell was born on July 30, 1997, in Los Angeles, California, United States, to Patrick Mead O’Connell and Maggie May Baird. His mother is an actress, musician, and songwriter, and his father is also associated with the entertainment industry.

Finneas now stays in Highland Park in Los Angeles. He is 4 years elder to his sister, world-renowned singer and ‘Grammy’-winner Billie Eilish.

They are of Irish and Scottish descent. The two siblings started making music as children and were homeschooled by their parents. Their family never forced them to get jobs but encouraged them to excel in music instead.

Finneas started writing songs when he was 12. He initially performed as the front man and lead singer/songwriter of the alternative pop-rock band ‘The Slightlys.’

They are known for their iconic song ‘Is There Anybody There?,’ which was featured in an episode of ‘ABC Family’s ‘Switched At Birth.’ The band has won countless awards in Los Angeles.

In 2016, he released his debut solo single, ‘New Girl.’ In 2019, the music video of the track, starring Finneas and Yasmine Vega, was released.

He has come up with a number of other singles, such as ‘I’m in Love Without You,’ ‘Life Moves On,’ ‘Break My Heart Again,’ ‘Landmine,’ ‘Heaven,’ ‘Luck Pusher,’ ‘Hollywood Forever,’ ‘College,’ and ‘Let’s Fall in Love for the Night.’ In 2019, his headline shows in Los Angeles and New York were all sold out.

Finneas O’Connell also worked as a producer for Selena Gomez’s 2019 single ‘Lose You to Love Me.’ The song made it to the first spot on the ‘Billboard Hot 100’ chart. He also produced two songs for Camila Cabello’s 2019 album ‘Romance.’ Finneas was also the producer of ‘Moral of the Story’ by Ashe. He has collaborated with John Legend for a song that has not been released yet.

It appears Finneas O’Connell had initially written and produced the song ‘Ocean Eyes’ for his band but later gave it to Billie when her dance teacher requested them to write a song to be played for a choreography. They duo uploaded the song on ‘SoundCloud.’ In November 2015, Finneas’s manager spoke to him about Billie’s potential as a singer. Following this, Finneas got Billie a contract with the London-based A&R company ‘Platoon’ (later acquired by ‘Apple’).

Finneas was the co-writer and producer of Billie Eilish’s debut EP, ‘Don’t Smile at Me’ (2017). It reached number 14 on the ‘US Billboard 200’ chart, number 12 on the ‘UK Albums’ chart, and number 3 on the ‘Official New Zealand Music Chart.’

In March 2019, Finneas O’Connell again worked as a producer and songwriter, for Billie’s debut studio album, ‘When We All Fall Asleep, Where Do We Go?,’ released through ‘Darkroom’ and ‘Interscope Records.’ The album topped countless music charts, including the ‘US Billboard 200,’ the ‘Canadian Albums Chart,’ and the ‘UK Albums Char.’ It was also certified “Gold” by the ‘British Phonographic Industry’ (BPI).

At the 62nd ‘Grammy Awards,’ in January 2020, the brother–sister duo took home most of the major awards. Thus, while ‘When We All Fall Asleep, Where Do We Go?’ won the awards for the ‘Album of the Year,’ the ‘Best Pop Vocal Album,’ and the ‘Best Engineered Album, Non-Classical,’ the song ‘Bad Guy’ (co-written by him) won the ‘Song of the Year’ and the ‘Record of the Year.’ Additionally, Billie won the ‘Best New Artist’ award, while Finneas won the ‘Producer of the Year, Non-Classical.’ Billie, at 18, thus became the youngest artist to win the top four ‘Grammy’ honors.

Finneas O’Connell as an Actor

Finneas also experimented with acting in his initial days. His first film appearance was as ‘Spencer’ in the 2011 romantic comedy ‘Bad Teacher,’ which also starred the Cameron Diaz and Justin Timberlake.

He made his TV debut as ‘Ronnie Jr.’/’Singer’ in an episode of the mockumentary sitcom ‘Modern Family,’ titled ‘Best Men,’ in February 2013. The show featured stars such as Ed O’Neill, Sofía Vergara, and Rico Rodriguez.

He has also been seen as ‘Shane’ in the 2013 movie ‘Life Inside Out,’ along with his mother, who was the movie’s co-writer. 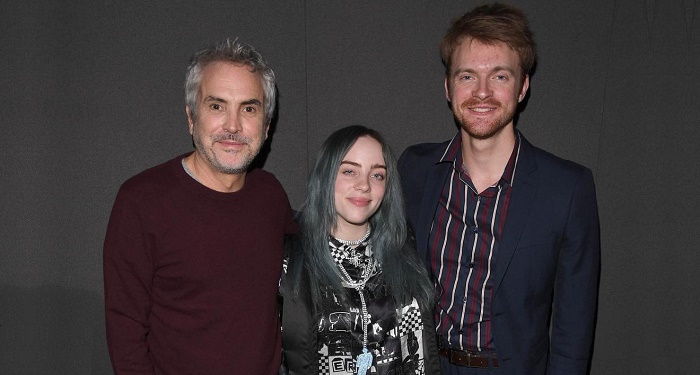 One of his most notable screen appearances was his performance as ‘Earnest Long Haired Boy’ in a few episodes of the crime series ‘Aquarius’ (2015). The same year, he lent his voice to the character ‘Liam Binet’ in the video game ‘Fallout 4.’ He also appeared as ‘Tom’ in the 2017 romantic comedy ‘Confessions of a Teenage Jesus Jerk.’

His most prominent appearance as an actor, however, has been as ‘Alistair’ in a few episodes of the popular series ‘Glee’ in 2015. He has also appeared in the shorts ‘happySADhappy’ (as ‘Andrew’) and ‘Tomorrow’ (as ‘Tom’).

He is represented by ‘CESD Talent Agency,’ based in Los Angeles, California, United States.

Finneas O’Connell is currently said to be dating model and “YouTuber” Claudia Sulewski. The two are often seen together in his ‘Instagram’ posts. He once revealed that he had written a song for her the day they had met for the first time. Claudia has a huge fan base on social media. She is a lifestyle and fashion vlogger with 1.5 million followers on ‘Instagram’ and over 2 million subscribers and 152 million views on ‘YouTube.’ She has been on ‘YouTube’ since November 1, 2009. In November 2019, she won the ‘Revolve YouTube Channel of the Year’ award. In January 2020, she was seen on the ‘Grammy’ red carpet with Finneas.