Miss Bee, or Miss Monkey, is a young Canadian internet sensation and singer. She began her career as a social-media personality, being featured in the online content uploaded by her parents on ‘Vine’ and ‘YouTube.’ She and her family are better known as the ‘Eh Bee Family,’ which is also their family’s online pseudonym. She then launched her individual social-media profiles and was equally successful. After earning considerable fame on social media and earning numerous awards, along with her family, Miss Bee ventured into her own music career. She started by singing cover versions of popular tracks and has now graduated to opening for bands such as ‘Walk off the Earth,’ as part of their global tours. Though still in her early teens, Miss Bee holds a lot of promise and is sure to become a full-fledged entertainer in the years to come.

Miss Bee was born on September 9, 2006, in Canada. She is the younger of the two children in her family. She and her family are based in Thornhill, along the northern border of Toronto, Ontario, Canada.

Her real name is Gabriela Umika Burgos, and she is also known by her nickname, Gabi. Some sources mention her real name as “Gabrielle.” However, she is now mostly famous as “Miss Bee” and “Miss Monkey,” which are her online pseudonyms. 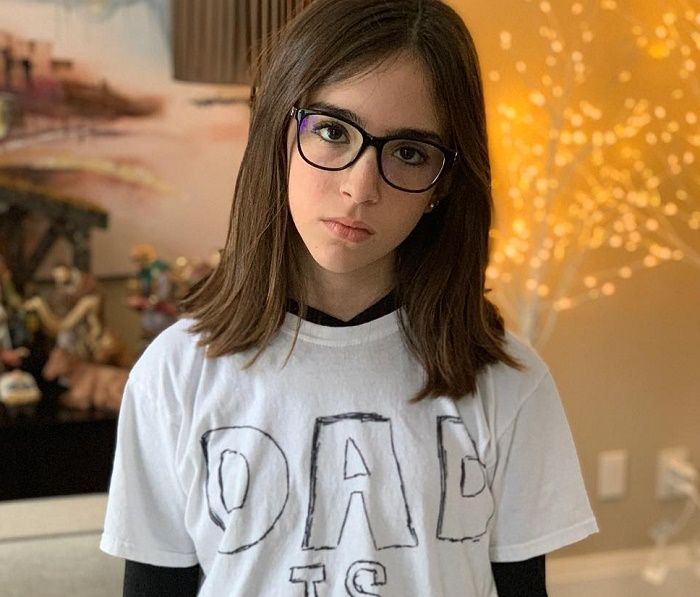 From Social-Media to Music

Miss Bee began her social-media career at the tender age of 6. She is part of the popular ‘YouTube’ and ‘Vine’ family channel known as the ‘Eh Bee Family.’ Miss Bee launched her self-titled ‘You Tube’ channel on May 19, 2018. The channel has already managed to earn more than 1.24 million subscribers and over 77 million views. It hosts vlogs, meme reviews, and other entertaining content.

Miss Bee is also venturing into music and has posted cover versions of many popular songs on her ‘YouTube’ channel and her family’s channel. She released her song ‘Sound in Color’ on February 17, 2018. She then launched another song, ‘Something More,’ on September 1, 2018. She will be opening for the pop band ‘Walk off the Earth’ at the ‘CNE Bandshell,’ in Toronto, Ontario, Canada, on August 31, 2020. Her music is available on ‘Spotify,’ ‘Apple Music,’ ‘iTunes,’ and ‘Amazon.’ She has performed in places such as Austria, Germany, the Czech Republic, the Netherlands, and the United Kingdom.

Her ‘Instagram’ profile, “gabrielabee,” has managed to earn over 550 thousand followers. Her personal ‘Twitter’ account, “gabi,” was launched in April 2019. To date, she has posted 175 “tweets” and has earned more than 4 thousand followers. She also has her own website, https://www.gabrielabee.com.

Miss Bee is the youngest in the family of four. Her parents, “Papa Bee” and “Mama Bee,” are both avid social-media content creators. They are from Canada, but their content is consumed by millions of people worldwide. Miss Bee has an older brother, who goes by his pseudonym, “Mr. Bee.”

Papa Bee’s real name is Andrés Burgos. He was born in Chile and now divides his time between Toronto and Los Angeles. He was associated with the domain of marketing and web development before he ventured into ‘Vine.’ Mama Bee is originally from Uruguay. Her real name is Rossana Burgos.

Miss Bee’s brother, Mr. Bee, who is also known as “Mr Monkey,” is also part of the popular family channel. His real name is Roberto Burgos. He was just 8 when his parents started posting content on ‘Vine’ and ‘YouTube.’

The family began their social-media careers by posting content on ‘Vine’ in January 2013. They usually post family-centric parodies and skits. They launched the family ‘YouTube’ channel on June 21, 2013. They have already gained over 2 billion views and more than 8.84 million subscribers on the platform. Their video ‘Gummy Food vs Real Food!!’ gained over 40 million views in 2017, which was more than double the number of views their next most-viewed video received at the time.

They also launched ‘Battle Bees Royale,’ a multiplayer game, in December 2019, and have started a ‘YouTube’ channel for the same. The family is also present on ‘Facebook’ and ‘Instagram.’

Miss Bee often sleepwalks and screams in her sleep. She once used her closet as a toilet while sleepwalking. Sleeping is her favorite leisure activity. She hates darkness and has mild lights switched on in her room when she sleeps.

She is a huge fan of the series ‘Stranger Things.’ She loves the songs of the musical ‘Hamilton.’ Two of her favorite movies are ‘It’ and ‘Ratatouille.’ She loves playing the game ‘Fortnite.’ Her favorite rapper is Biggy Smalls, and her favorite singers are Mac Demarco and Khalil. Her favorite makeup artist is James Charles.

She loves the color yellow. She is fond of playing basketball and speaks French. She is a self-taught ukulele player and has a red belt in Tae-kwan-do.

She hates bees and was once stung in the face by one. Miss Bee is a cleanliness freak. She is fond of short hair. Astronomy interests her.

She often waits till the last minute for things such as homework and school trip permissions. She hates hiccups.