Sakshi Dhoni, the wife of Indian professional cricketer and former captain of the Indian national cricket team, Mahendra Singh Dhoni, has always been a darling of the media. This hotel management graduate met Dhoni while interning at ‘Taj Bengal’ in Kolkata. Though born in Guwahati, Sakshi has grown up and lived in various places in India, including Dehradun, Ranchi, and Aurangabad. She is now a proud mother of her daughter, Ziva, and is often seen accompanying Dhoni to his tours and cheering for him in the stands. Though she has been the target of a number of controversies, including one that accused her of fraud, Sakshi seems to be as level-headed as her husband, “Captain Cool” Dhoni. She is associated with a charity that caters to orphaned children and is quite popular on social media, too. 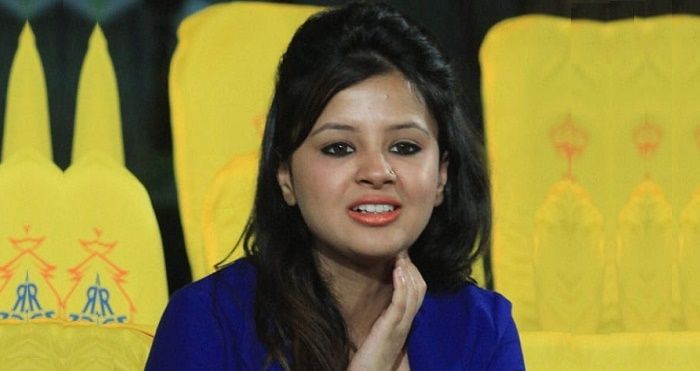 She initially studied at the ‘Welham Girls’ School’ in Dehradun, Uttarakhand. She then joined the ‘DAV Jawahar Vidya Mandir’ in Ranchi, Jharkhand.

Following this, Sakshi earned a degree in hotel management from the ‘Institute of Hotel Management’ in Aurangabad, Maharashtra. Sakshi then served as an intern at the 5-star hotel ‘Taj Bengal’ in Kolkata, West Bengal.

Sakshi has also served as the director of ‘Rhiti MSD Alamode Pvt. Ltd.,’ a sports association based in New Delhi.

She is one of the three children of R.K. Singh and Sheila Singh. She has a sister named Abhilasha Bisht and a brother, Akshay Singh.

Sakshi met Mahendra Singh Dhoni in 2008, while interning at ‘Taj Bengal’ in Kolkata. It is believed Sakshi was working there as a front office intern at a time when the Indian cricket team had put up at the same hotel, as a Test match with Pakistan was being held at the ‘Eden Gardens’ during that time. 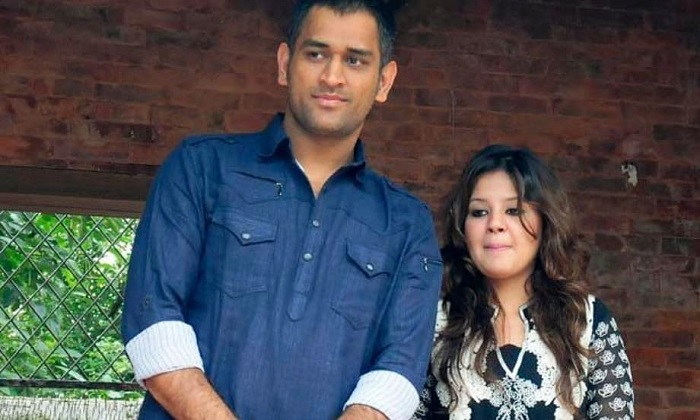 However, according to some reports, Sakshi and Dhoni had known each other since childhood, as Dhoni was her senior schoolmate at ‘DAV Jawahar Vidya Mandir’ in Shyamali Colony, Ranchi. It is thus believed that they had met each after almost 10 years at ‘Taj Bengal.’

Incidentally, it was Sakshi’s last day as an intern at the hotel, when she met Dhoni. It is also said that Sakshi and Dhoni were introduced by Dhoni’s manager and Sakshi’s friend Yudhajit Dutta. Dhoni apparently got Sakshi’s phone number from Yudhajit and texted her later. When she received Dhoni’s text, Sakshi initially thought that someone was playing a prank on her.

Their love blossomed and they started dating in March 2018. They tied the knot on July 4, 2010, after 3 years of courtship. The wedding had been planned for months.

Sakshi and Dhoni became proud parents of a baby girl, Ziva, on February 6, 2015. During her delivery, Dhoni was captaining the Indian squad in Australia, and the 2015 ‘Cricket World Cup’ was a week away. Dhoni did not got back to India immediately. He is believed to have said “I am on national duty,” adding that “other things can wait.” 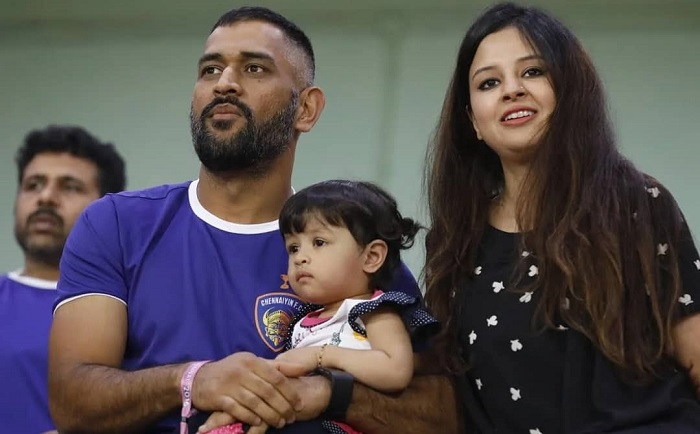 Sakshi Dhoni was played by actor Kiara Advani in Dhoni’s 2016 Hindi biopic ‘M.S. Dhoni: The Untold Story.’ However, the biopic did not tell their story from way back in school.

Both Sakshi’s and Dhoni’s fathers were employees of the Ranchi-based public-sector company ‘MECON Limited.’ After retiring from the company, Sakshi’s family moved back to Dehradun.

Dhoni had dated a girl named Priyanka Jha before dating Sakshi, but she unfortunately died in a car accident in Ranchi. He has also been linked to actor Deepika Padukone in the past.

Sakshi Dhoni loves traveling, swimming, and listening to music. Her favorite travel destinations are Switzerland and Goa. Her favorite colors are black, blue, and green.

In Guwahati, Sakshi attended the same school as Anushka Sharma. 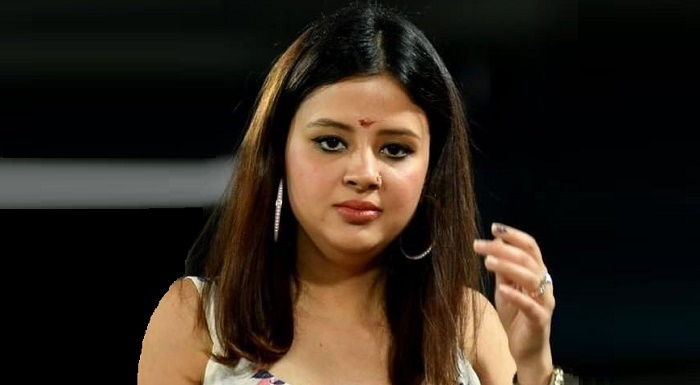 Sakshi is a great cook and often carries her electric cooker with her when accompanying Dhoni on his tours. She loves gorging on butter chicken.

Some of her favorite movies are ‘Twilight,’ ‘Tokyo Drift,’ and ‘P.S. I Love You.’

When Dhoni was once asked about the three most important things in his life, he said they were his country, his family, and Sakshi, in that order. At an event in November 2019, Dhoni stated that Sakshi was the one who called the shots at home. He said: “I can be happy only if my wife is happy. My wife will only be happy if I say yes to anything and everything that she says.”

A video posted on ‘Twitter’ in early 2020 shows Dhoni trolling Sakshi by saying she gains followers by including him in her ‘Instagram’ stories. To this, Sakshi retorts by saying “I am part of you baby.”

In another ‘Instagram’ video, Sakshi was seen teasing Dhoni by referring to him as “Sweetie of the day” and “Cutie of the day.”

Sakshi Dhoni is quite active on social media. Her ‘Instagram’ profile, “sakshisingh_r,” boasts of 3.4 million followers and hosts her pictures, most of them with Dhoni and Ziva in them. She is also present on ‘Twitter,’ where she has gained around 6 thousand followers. She joined the platform in July 2010. Her ‘Twitter’ bio describes her as a “Dreamer,” an “absolute Pet Lover,” and a “Philanthropist.” 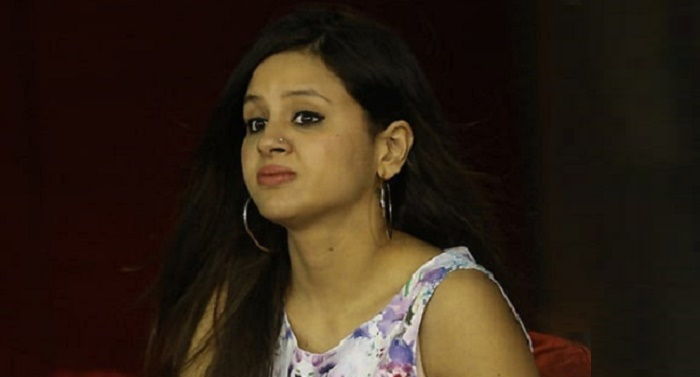 Sakshi Dhoni has also been dragged into controversies quite a few times. She was spotted sitting beside Vindoo Dara Singh at a stadium gallery, during a 2013 ‘IPL’ match, which made critics link her to a spot-fixing scandal.

In 2016, a man named Dennis Arora filed a complaint against Sakshi and three others, alleging a multi-crore fraud. Sakshi was accused of mishandling funds of ‘Rhiti MSD Alamode Pvt. Ltd,’ a company that owned stocks in the gym and fitness center named ‘Sportsfit World.’ Apparently, Dennis’s father had a 39 percent stake at the gym, worth 11 crore rupees, but was paid only 2.5 crores after selling their share to ‘Rhiti.’ However, Sakshi avoided the controversy as she had left the company a year prior to being accused of fraud.

In 2018, a picture of Dhoni tying Sakshi’s shoelaces with the caption “You paid for the shoe, you tie them too” started doing the rounds of the internet. Sakshi was trolled by many, who ridiculed her, saying that all her fame was because of her husband. The couple retaliated by posting another picture, showing Dhoni adjusting her bracelet, with the caption: “You paid for the band, so you screw it too.”