Angelica Hale is an American singer and actor who shot to fame with her appearance on the talent-hunt show ‘America’s Got Talent.’ The young singing sensation had a difficult childhood that was plagued by health issues. She survived a serious sepsis attack and also received a kidney transplant. However, she recovered fast enough to create a strong foothold in the American music industry. She was the youngest runner-up on ‘America’s Got Talent.’ Her debut single, ‘Feel the Magic,’ premiered in 2019. She also ventured into acting, with the movie ‘American Reject,’ and is gearing up to be a wholesome entertainer in the near future. 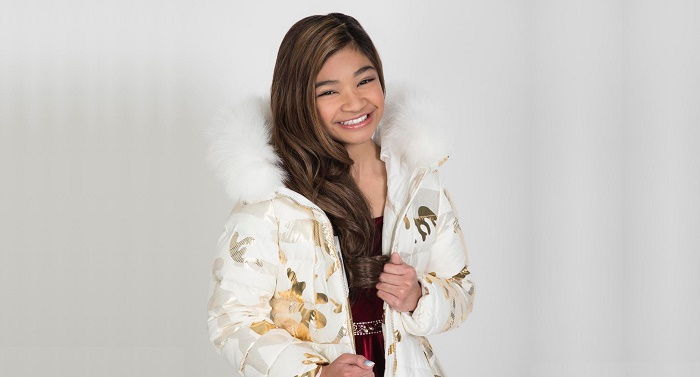 Angelica Hale was born on July 31, 2007, in Atlanta, Georgia. While her father is half-Filipino and half-white, her mother originates from Iligan City, Philippines. Thus, Angelica is of mixed descent. At the tender age of 4, Angelica suffered a severe bout of bacterial pneumonia, which caused her a septic shock and almost led to multiple organ failure. Her kidneys were damaged beyond repair.

Her right lung, too, suffered permanent damage. She was subjected to a medically-induced coma. Subsequently, she was placed on ECMO life-support. After 12 days on ECMO and 80 days in recovery, she was finally discharged on April 24, 2012. After a dialysis spanning a year and a half, on September 13, 2013, she received a kidney transplant from her mother.

Angelica Hale is the elder daughter of James Hale and Eva Bolando. Angelica currently lives in Atlanta and has a younger sister named Abigail.

At 5, Angelica Hale won a singing competition for 5-to-9-year-olds. Later, she was inspired by the music of Whitney Houston, Mariah Carey, and Alicia Keys.

In 2017, she appeared as a competitor in the 12th season of the talent reality show ‘America’s Got Talent.’ She cleared the auditions with her version of Andra Day’s ‘Rise Up.’

She received a “golden buzzer” from guest judge Chris Hardwick in the ‘Judge Cuts’ round, after she sang ‘Girl on Fire’ by Alicia Keys.

The live shows saw her sing ‘Clarity’ by Zedd and Foxes (at the quarterfinal stage) and ‘Without You’ by David Guetta (in the semi-final round).

Angelica Hale eventually made it to the list of the ‘Top 10’ finalists. She delivered a stunning performance of ‘Symphony’ by Clean Bandit and Zara Larsson.

In the finale episode, she delivered a beautiful rendition of ‘Stronger (What Doesn’t Kill You)’ by Kelly Clarkson, along with Clarkson and another contestant, Kechi Okwuchi. Angelica was ranked second in the content, thus becoming the youngest runner-up in the history of the show.

In ‘America’s Got Talent: The Champions,’ in 2019, Angelica Hale got a “golden buzzer” from judge Howie Mandel, after she sang ‘Fight Song’ by Rachel Platten. She was one of the final two contestants, the other being Darci Lynne.

Her Music Career after ‘America’s Got Talent’

After her stint on ‘America’s Got Talent,’ Angelica performed in front of a 7,000-stong crowd in Tuckahoe, New York.

She delivered awe-inspiring performances at the ‘America’s Got Talent’ live shows, along with Darci Lynne, Preacher Lawson, and Light Balance, in Las Vegas.

Angelica Hale also performed at the 2017 ‘NFL’ game between the ‘Dallas Cowboys’ and the ‘Atlanta Falcons’ at the ‘Mercedes-Benz Stadium’ in Atlanta.

She performed the national anthem at ‘Heinz Field’ on December 11, 2017, for the match between the ‘Pittsburgh Steelers’ and the ‘Baltimore Ravens.’

In 2017, she sang ‘Girl on Fire’ at the 91st ‘Macy’s Thanksgiving Day’ parade. In March 2018, she sang at the ‘Celebrity Fight Night,’ along with David Foster. She also appeared on the show ‘Little Big Shots.’

On March 29, 2018, Angelica was invited by the ‘National Hockey League’s ‘Ottawa Senators’ to sing the ‘Star-Spangled Banner’ and ‘O Canada’ at a game against the ‘Florida Panthers.’ On October 8, 2018, she sang the national anthem at the ‘Atlanta Braves’ vs. ‘Los Angeles Dodgers’ game of the ‘National League Division Series’ in Atlanta.

She also performed in the half-time show of the ‘NFL’ game of the ‘Atlanta Falcons’ vs. the ‘Arizona Cardinals’ in Atlanta, on December 16, 2018.

Her debut single, ‘Feel the Magic,’ was released soon after, with its video premiering on ‘YouTube’ in May 2019.

Angelica joined the world tour of the Filipino boy band ‘TNT Boys’ in April 2019. She performed live on the ‘PBS’ special ‘A Capitol Fourth’ on July 4, 2019.

Acting and Other Ventures

In 2016, she appeared as ‘Victoria’ in the short ‘Medieval Sockocalpyse.’ In 2018, she bagged her first movie, ‘American Reject,’ and filmed it in New Orleans, Los Angeles. She played the role of ‘Anna’ in the film. 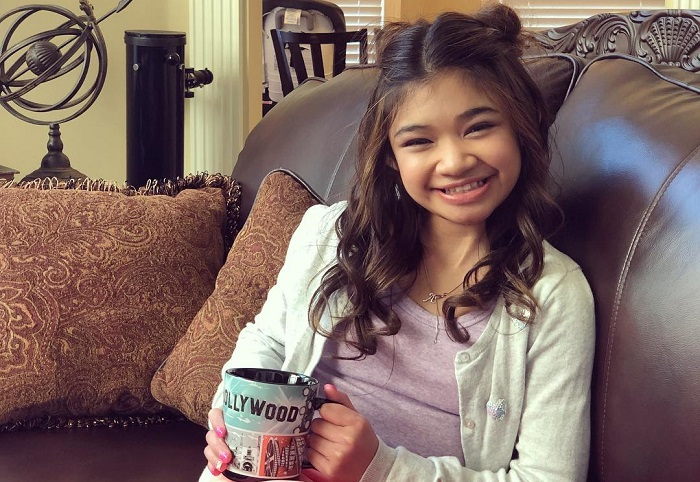 In 2018, Angelica became the national spokesperson for the ‘It’s About TIME’ campaign of ‘Sepsis Alliance.’ She was also the first kid ambassador of the ‘National Kidney Foundation.’

She has a strong social-media presence, too. Her ‘YouTube’ channel, launched on January 20, 2012, has gained more than 1.92 million subscribers and over 158 million views. Her ‘Instagram’ account has earned more than 863 thousand followers. On ‘Facebook,’ she has around a million followers. She joined ‘Twitter’ in April 2012 and has more than 58 thousand likes on the platform. She has her own website, https://angelicahale.com/, and sells her own merchandise. On ‘TikTok,’ she has around 8.7 thousand followers. She has also endorsed the brand ‘Dairy Queen.’