Jim Skrip is an American real estate businessman and former accountant, who gained fame as the third husband of famous singer, actress and former ‘Miss America’ Vanessa Williams. Skrip initially worked as an accountant and later prospered in the real estate business. Williams, the first African-American to be crowned ‘Miss America,’ is a singing star with a record of 6 million sales and multiple Grammy nominations; she is also an Emmy-nominated renowned actor. These two New Yorkers met on a cruise to Egypt, and after a 3 year courtship got married in 2015. 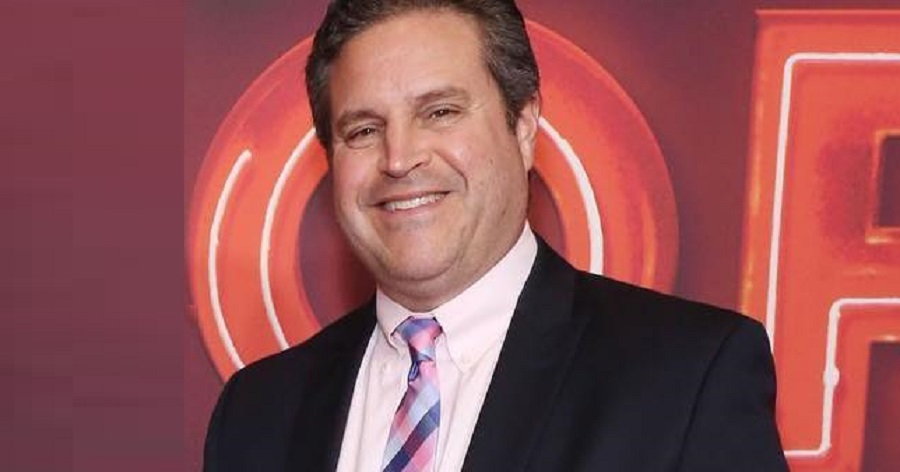 Jim Skrip was born on January 1, 1960, in Buffalo, New York. He is a Caucasian of part-Mexican descent.

He studied at the ‘St. Bonaventure University,’ and majored in accountancy. He was basically more interested in art history and philosophy, but chose to study accountancy because his friends had opted for it. Completing his university graduation, he worked as an accountant with various firms.

After the accountancy work, Skrip began his real estate business which flourished over the years.

The Fateful Meeting and Their Engagement

Skrip and Williams first met in 2012, (some references mentioned, 2013) as if fate had designed their meeting. They both are from New York, but the two met for the first time at a far off place in Egypt. While holidaying by himself, Skrip took the cruise to Egypt. Williams was also vacationing with her youngest daughter, Sasha Gabriella, on the same cruise to Egypt (Some references state that they met on the Nile cruise in Egypt). 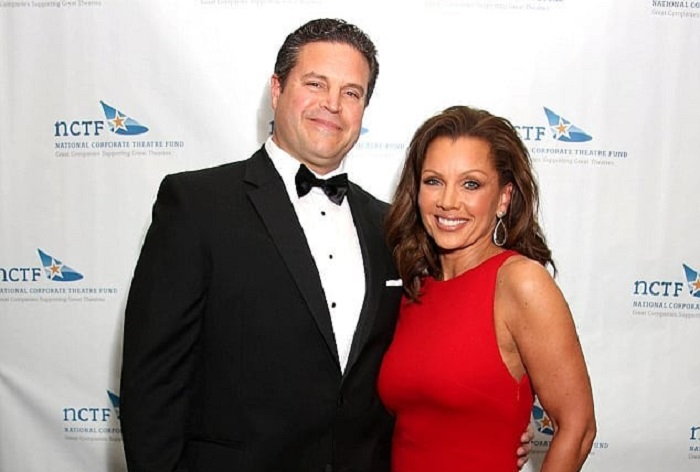 Williams got talking to Skrip when she noticed his Buffalo sabre shirt, as her mother also hailed from the same place. They continued their conversation over dinner and spoke about many different things for nearly 3 hours.

After returning from their vacation, they both kept in touch with each other and before long the two were dating. All through their courtship, they kept their relationship private. After a couple of years, they got engaged in 2014.

In September 2014, while promoting her Broadway show on ‘The Queen Latifah Show,’ Williams happily displayed her exclusively crafted engagement ring, and declared her engagement to Jim Skrip. The fabulous ring was designed by Buffalo-based jewelry designer Bomi. The central diamond of the ring was cushion cut and set in a platinum crown, with 2 crescent shaped stones on either side 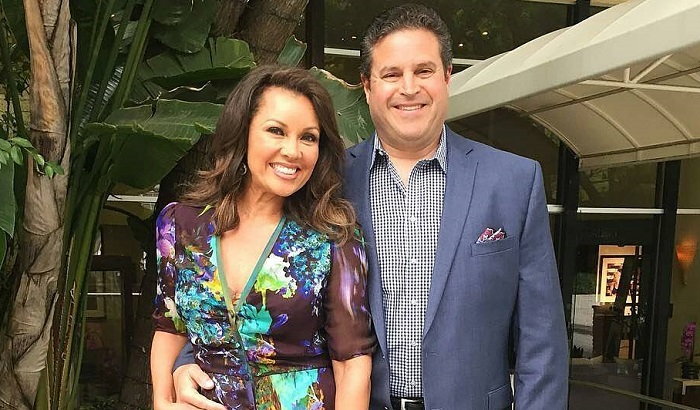 Though it was Skrip’s first marriage, Williams was married twice previously. In 1987, she married producer Ramon Hervey, who was also her manager. She had three children from this marriage – daughters Melanie and Jillian, and a son, Devin Hervey. After 10 years, their marriage ended in a divorce in 1997.

In 1999, Vanessa Williams married Rick Fox, a Canadian basketball player, who played for the NBA. A daughter, Sasha Gabriella, was born through this marriage. After separating from Fox in 2004, Williams was single for many years till she met Skrip. 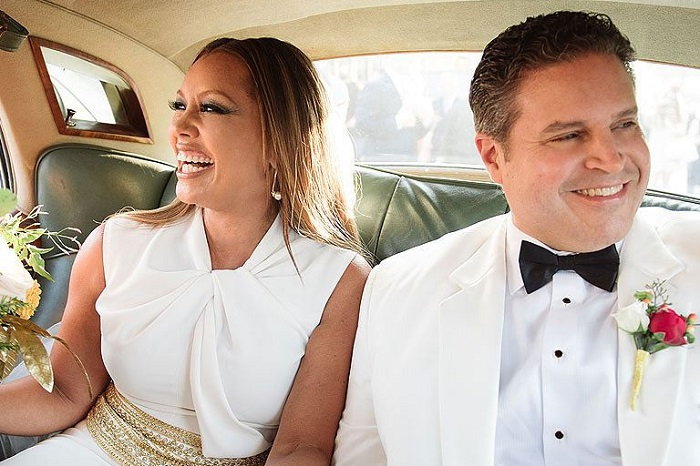 The wedding ceremony of Skrip and Williams on July 4, 2015, was a grand event attended by only close family and friends. They married at the ‘St. Stanislaus Church,’ the Polish church in Buffalo where Jim’s parents had got married too.

Wearing a Carmen Marc Valvo white gown, Williams sang ‘Ave Maria’ as she walked down the aisle. Skrip wore a designer white tuxedo for the ceremony. The wedding, organized by the New York wedding planner Carla Measer-Costamagna, was themed on Egyptian culture, as the bride and groom had first met in Egypt. 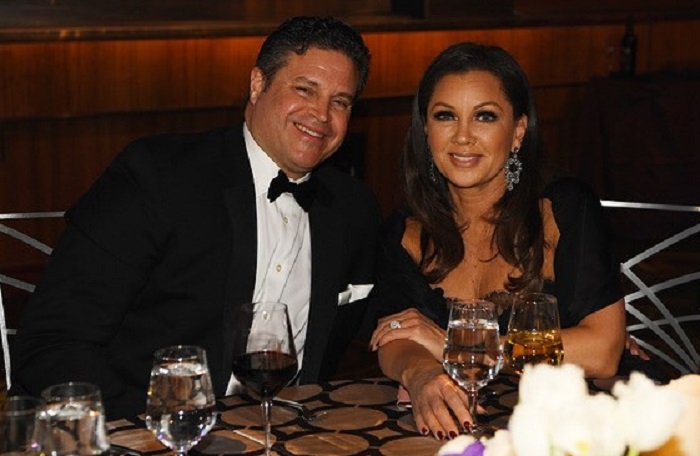 The wedding reception at ‘The Statler City Banquet Hall’ also carried forward the Egyptian theme, with white and gold tents, exotic orchids and Moroccan lanterns. Not only the lavish ceremonies but the creation of their wedding invites design too was recorded on the video.

However, as Skrip’s annulment had not been done the couple got married once again in a Catholic ceremony on May 30, 2016, at a church in Williams’ hometown Chappaqua, New York.

At this event, the bride was in a Pamella Roland V-necked gown with a pink sash around her waist and big drop earrings as her jewelry. The groom was in black suit paired with pale pink tie. 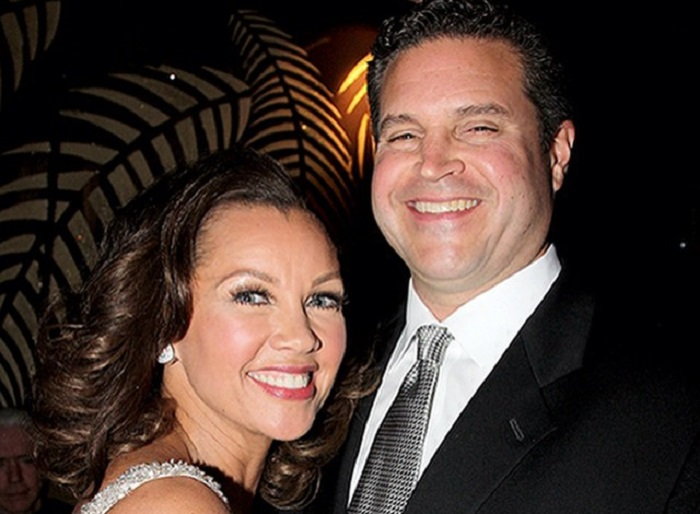 Life After the Marriage

Skrip and Williams live in Depew, Buffalo, New York. Sasha Gabriella, the youngest daughter of Williams, lives with them.

Jim Skrip is not active on any social media platforms. Williams, however, often demonstrates her affection for Skrip through her social media accounts.