Caleb Logan LeBlanc was an American YouTube star, whose short yet remarkable journey on social media shot him to fame as a YouTube phenomenon. He featured as one of the three stars of the extremely popular family vlog channel ‘Bratayley,’ along with his two younger sisters, Annie and Hayley. The witty and fun loving boy also featured in YouTube channels ‘Blazenoutlaws,’ ‘FlimsyArrow,’ ‘Truthplusdare’ and ‘OMMyGoshTV.’ He made the song ‘I am a Baked Potato’ and made his presence on Instagram with his account ‘iamabakedpotato.’ Tragedy struck the LeBlancs and numerous fans of Caleb after he died due to hypertrophic cardiomyopathy. His memories, however, continue to live in the hearts of his family members, friends, and fans.

Caleb Logan LeBlanc rose to fame featuring in the YouTube family channel ‘Bratayley,’ along with his sisters and parents. The channel shares everyday life and activities that a middle-class American family can very well relate to, apart from challenges, adventures, play-time, and other crazy videos featuring the kids and sometimes their parents as well. Caleb’s ability to make people laugh won him millions of hearts. ‘Bratayley’ was started by Caleb’s parents, originally just for relatives, on December 30, 2010. It was initially launched for Caleb’s youngest sister, Hayley, but it was later transformed into a family vlog of the LeBlanc family. According to ‘People,’ the name of the channel was derived from a family nickname of Hayley which combined the word ‘brat’ with her name. As the three kids were homeschooled, their parents found it easy to shoot and document their videos any time. Whether it was baking, trampolining or playing baseball, the videos gained considerable attention, making the channel a huge hit, accumulating billions of views and millions of subscribers. This turned the spotlight on Caleb and his sisters. Two of the most popular videos of the channel are ‘I’m Never Going at the Park AGAIN!’ (WK 61) and ‘The Bratayley Olympics’ (WK 82.4). 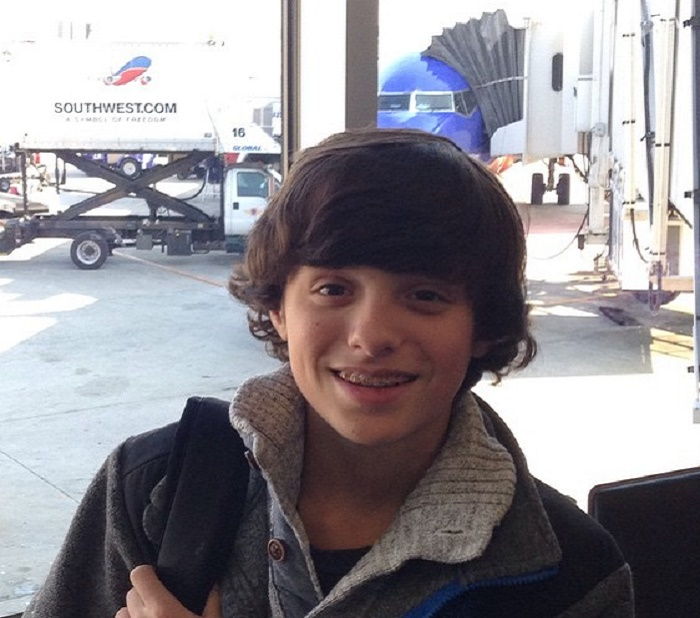 An enthusiast of Minecraft games, Caleb Logan LeBlanc ran the YouTube gaming channel ‘blazenoutlaws,’ where he often uploaded Minecraft game videos. He also owned the channel ‘FlimsyArrow,’ where he posted videos about playing the Minecraft games. He featured in the YouTube channel ‘Truthplusdare’ as well. Caleb used to feature on every Monday. The videos of the channel show kids answering a question truthfully and performing a dare each week. Caleb later left this channel and started featuring in another YouTube channel ‘OMMyGoshTV,’ which started on July 8, 2014. This channel features guessing a hidden theme every week and is managed and monitored by Caleb’s parents in association with parents of other kids who feature in it.

Caleb made the song ‘I am a Baked Potato.’ The song features at the end of each vlog. He was given the nickname ‘Baked Potato.’ His Instagram handle, ‘iamabakedpotato,’ also bolstered his online popularity. Caleb was signed by Disney’s ‘Maker Studios.’ He and his sisters featured on ‘Inside Out Red Carpet’ where they were seen interviewing celebrities like Skai Jackson and Karan Brar.

Caleb Logan LeBlanc was born on July 13, 2002 in Georgia, US, while his father was stationed at Fort Gordon. Caleb was the eldest child and the only son of Katie and Billy LeBlanc. He shared a great bond with his two younger sisters, Julianna Grace “Annie” LeBlanc, a former gymnast and noted YouTube star, and Hayley, also a YouTube star. Both the girls have also found fame acting in several Brat productions. Caleb loved to play baseball for which he earned the name ‘Wheels.’ He would teach his two younger sisters to play the game. He was part of a baseball team and his jersey number was 7. His favourite colours were purple and black. He loved to eat cheese and macaroni and wanted to become a baseball player and gamer in future.

The young and lovable boy who got huge fan following within a short span of time died on October1, 2015, in Anne Arundel County, Maryland, US. His tragic death not only shocked his parents but also his followers. His grief stricken family took to Instagram to confirm his death. His parents and doctors were initially clueless about his death but it was later announced that he succumbed to hypertrophic cardiomyopathy, a hereditary disease. His family donated some of his organs and were given a Hero Bear.

While tributes started pouring in from across social media, the LeBlancs live streamed funeral of Caleb for his umpteen fans and followers around the globe. The LeBlancs later mentioned through a family vlog that a star would be named Caleb in memory of their loving son. Many of his heartbroken fans honoured Caleb by wearing purple on October 1, and July 13, marking his death and birthday, and wrote his name on their wrists. Amidst all this, many raised questions as to how a healthy boy like Caleb can meet such a fate. Speculations started doing the rounds that Caleb’s sudden death was mysterious, but the Anne Arundel police department, issued a statement later that there was no foul play or any suspicious circumstances associated with Caleb’s death.

The last video starring Caleb was shot the day before he passed away. Titled ‘Dear future Self’ the video was uploaded on October 3, 2015, only two days after he died. It features Caleb giving answer to a fan’s question, probably the same question he would have queried to his future self. The sports enthusiast was seen enquiring jokingly that “Is Taco Bell Still Around?” and then wondering whether new sports would be invented. His last words in the video were “See You Guys Tomorrow.” The video ended with a message from the mourning Bratayleys, who regretted the fact that neither Caleb nor any of them will ever get to see his future self. Through the message, the Bratayleys also advised the parents to kiss their kids and tell them that they love them every day as no one knows what day will be their last. Although it’s hard to deal with the tragedy, Caleb’s family keep his memory alive by frequently uploading his pictures on the Bratayley Instagram account.